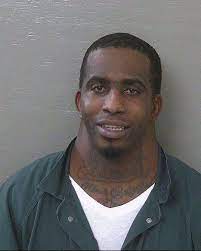 I've never committed a crime (though I did once steal a Mars bar from a local off-license when I was about ten), but I'm ready to bet my mugshot would go viral if I did.

For example, Justin Bieber's photo went viral because, well, it was Bieber, and he appeared smug/as if he'd been thrown a surprise birthday party.

Or Jeremy Meeks dubbed the "Hot Felon" because of his attractive mugshot, who went on to become a fashion model and the husband of a billionaire's daughter. 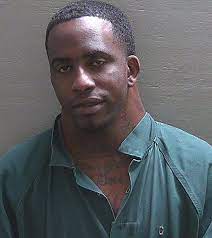 However, whereas these two gentlemen went viral because they looked fantastic, the internet would tear me apart because of how horrible I looked: tears running down my face, hair all over the place, snot pouring down my nose, and so on.

Still, I doubt I'd get as roasted as this guy, who has seen the full might of the internet and its savage (hilarious) trolling.

Basically, Charles Dion McDowell was recently arrested in Florida for a number of narcotics offenses, and the Escambia County Sheriff's Office shared his funny mugshot on Facebook: 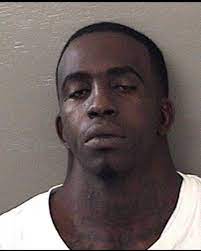 McDowell is currently a guest at the GoldStar Hotel with a bond of $57,000. #Gotcha"

People, as you could have predicted, were unconcerned about it.

No, they were more concerned about his gigantic neck.

The post has 296k comments as of this writing, many of which are hilarious jokes about the perpetrator. One person wrote:

"Y’all come on he gotta lotta weight on his shoulders right now."

"Y’all leave this man alone! I bet he’d stick his neck out for you if you needed his help." #dontjudge

The arresting officer was quoted as saying: “This is by far the biggest collar of my career."

Some of them are really funny. I could spend all day reading these. You don't want to become viral these days, as I warned you.

Unless you have very thick skin. Or should I say your neck?