Kopparberg’s new orange and passionfruit gin is here and people are going mad for it and make no mistake, I mean that in the good way. They enjoy it.

As I write this, I’m looking at a jar of pitted Spanish queen olives and apparently there’s eleven servings there. Seems oddly specific, really, isn’t it? I would have said four or five but there we are.

That’s nothing to do with the rest of this article, I just thought that was ever so slightly mildly interesting and I suppose worth mentioning. For that I can only apologise and move onto the orange and passionfruit gin. 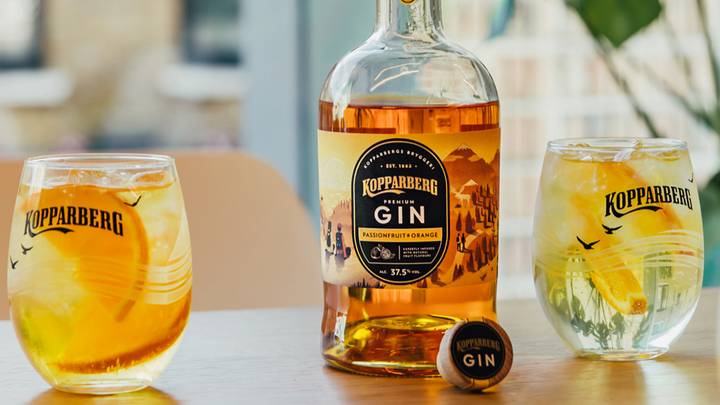 I said it before and I may as well repeat myself for the sake of the word count, but I’m still dubious of gins that come from anywhere but London. I say that as if I didn’t begrudgingly enjoy Aviation Gin, but still, I’m allowed to be a snob when I want to be.

Please let me have that. I’ve got nothing else.

Kopparberg say of their new gin that it’s best “over ice with a tonic or lemonade mixer, served up with a slice of orange, providing the perfect refreshing tipple for gin lovers“.

“We are extremely excited to bring our new flavour of Kopparberg gin to the UK following the success of our pink gin variants launched last year and after we’ve seen passion fruit as a key and current trend in flavour.

“Kopparberg is the perfect drink to enjoy with friends and we look forward to seeing Kopparberg fans making memories with a refreshing serve of the new Passionfruit & Orange Gin“.

When will brands learn that we don’t need a press release with ever single new product they launch? As if the CEO would come out and say “Am I proud of this? Nah it’s a drink”.

Anyway, the orange and passionfruit gin is currently available in Tesco for £18 and has a 37.5% ABV.