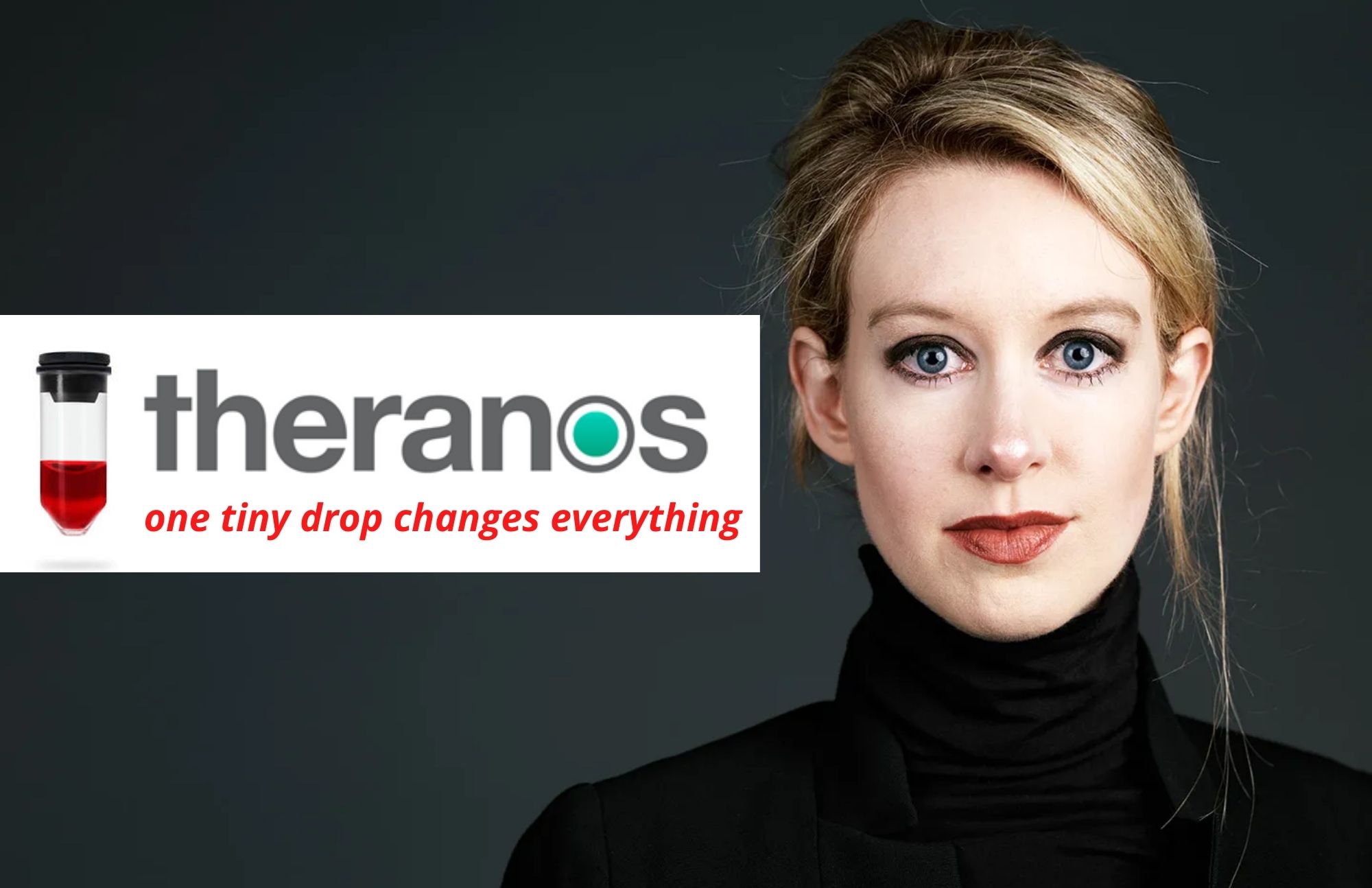 Ex-Theranos CEO Elizabeth Holmes were on top of the world, but then it all came crashing down. The woman behind the popular line in medicine, "One Tiny Drop That Changes Everything," is a former American biotechnology entrepreneur who was convicted of criminal fraud. Who is she and why was she convicted of criminal fraud? Look forward to this article as the author gives important background on the woman who is being dubbed as the next Steve Jobs.

Elizabeth Anne Holmes was born on February 3, 1984. At Theranos, a health technology company that is no longer in business, Holmes was CEO and founded the company in 2003. Theranos claimed to be the first company to develop tests that used very little blood, like from a fingerprick.

Based on the $9 billion value of her company, Forbes dubbed Holmes the youngest and wealthiest self-made female billionaire in America in 2015. In the next year, Forbes lowered its estimate of Holmes's net worth to zero, and Fortune called her one of "The World's 19 Most Disappointing Leaders." This is because Theranos' claims turned out to be false.

Her father was Christian Rasmus Holmes IV, and he was a vice president at an energy company called Enron that later went bankrupt because of an accounting fraud scandal. It was her mother, Noel Anne (née Daoust), who worked for the Congress. Elizabeth Holmes was born in D.C. on February 3, 1984.

Holmes went to St. John's in Houston. She says she established her first business selling C++ compilers to Chinese universities while still in high school. Holmes returned to Stanford University to study electrical and chemical engineering. According to Dr. Phyllis Gardner of Stanford University, Holmes was a brilliant student, but she didn't listen to criticism or the feasibility of her new ideas and technology.

Guilty Of Wire Fraud And Conspiracy

According to prosecutors, Holmes allegedly lied about technology that could identify diseases with just a few drops of blood. Three counts of wire fraud involving specific investors in her bankrupt company were found against her, and she was found guilty of all of them.

Wire fraud is a relatively broad federal crime in the United States that involves making false assertions to obtain something from another person (usually money) via electronic communications, such as emails.

How Much Money Did Elizabeth Holmes Steal

Theranos promised a new, innovative way to draw and test blood with just a finger pinprick, as you may know from the various books, podcasts, and TV episodes about the firm. Holmes claimed that her technology could detect serious medical issues such as cancer and excessive cholesterol. However, the devices did not perform as expected. She was accused of defrauding investors out of more than $700 million.

Was Theranos Ever Publicly Traded

Because Theranos was never publicly traded, it was never subjected to the same level of government and public investigation as other more well-known companies. This allowed investors to get in on the ground floor when the company was still growing, but it also put a lot of pressure on them to ensure the blood-testing startup was safe.

It's December 16, 2021, and Elizabeth Holmes, the creator and former CEO of Theranos is meeting with government officials at the Robert F. Peckham Federal Building in San Jose, California.

Elizabeth Holmes Where Is She Now

Based on how judges usually sentence defendants in similar cases, Holmes, who is 37 years old, could face up to 20 years in federal prison. Even though legal experts say that Davila will most likely give out a much lesser penalty. The fraud was big, though, and experts say that a long prison sentence for Holmes wouldn't be out of the question.

Holmes will be able to stay out of jail for the next eight months while she awaits her sentencing hearing on a $500,000 bond that is backed by her home. He lives with her in a $135 million home in Silicon Valley. Billy Evans is the son of a hotel magnate from San Diego, and he's her partner now. In the last few months, Holmes and the younger Evans had a baby boy together.

Because Holmes controlled half of the company, it is possible to estimate her net worth at $4.5 billion. In fact, she topped the Forbes list of America's wealthiest self-made women in 2015, which was published by the magazine Forbes.

The Inventor: Out for Blood in Silicon Valley (2019) | Official Trailer | HBO

Watch the HBO Max documentary about Theranos' deception. Following Holmes' fraud conviction, watch the HBO documentary, The Inventor: Out for Blood in Silicon Valley, to learn more about how the Theranos founder built her company on falsehoods.

The Inventor is directed by Oscar-winning documentary filmmaker Alex Gibney, known for suchfilms as The Smartest Guys in the Room, etc. His films frequently deal with entrenched authority and financial abuses. Even though Theranos and Silicon Valley deny it, the documentary demonstrates how deeply rooted power, money, and privilege are.

She started a company to change phlebotomy by replacing expensive and time-consuming blood tests with a machine that could tell if someone had a disease from a drop of blood.

The story of Ex-Theranos CEO Elizabeth Holmes, is not only a lesson in honesty but also in humility in seeking aid and accepting other people's views. Holmes is a smart woman with good qualities, but like rotten tomatoes, it can spoil the rest. Humility can be extremely beneficial. Being humble when seeking assistance is especially vital for gifted individuals who are accustomed to being the best in their profession. Innovators, on the other hand, must tell investors the truth about what their technology can achieve right now, not just what they think it can do in the future.