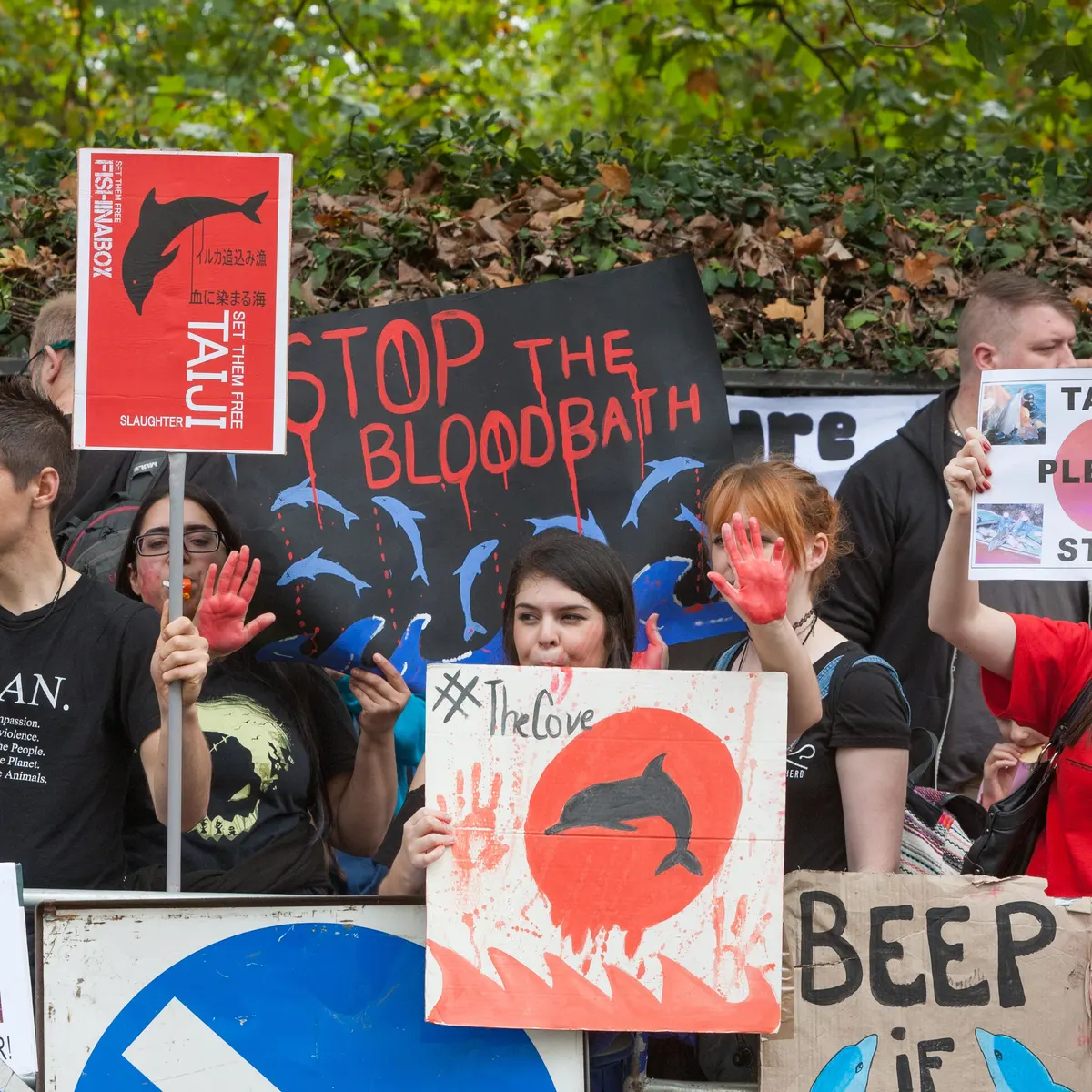 When did this happen? This happened on September 1, 2022.

More than a dozen marine conservationists from the Philippines marched to the Japanese Embassy in Manila on Thursday (September 1, 2022) to protest the start of Japan's annual drive fisheries, in which hundreds of dolphins are caught and killed.

The protesters urged the Japanese government to act right away to put a halt to the killing of marine mammals and the six-month Taiji dolphin hunt, which is going to take place between September 1 and March 1.

"We recreated her look in our protest where we have an Atty. Woo impersonator," Concepcion added. Concepcion said that at least 1,849 dolphins are killed each year during hunting in Taiji, Japan.

Concepcion continued, "It's the biggest killing of marine mammals in the world." Concepcion claims that because dolphins are seen as pests in Japan, the dolphin hunt is always permitted.

"There is no scientific evidence that the dolphins are pests. That is why this very cruel, very inhumane killing of dolphins should stop.

She claimed that because dolphins consume at least 25 kilos of fish per day, Japanese fishermen view them as pests.

We have yet to hear a scientist saying that dolphins are pests. Instead of killing them, this mammal should be protected,

'Extraordinary Attorney Woo' leads protest at Japanese embassy against dolphin kill and it has caught the attention of social media too. Let's hope that it will result in a good thing.