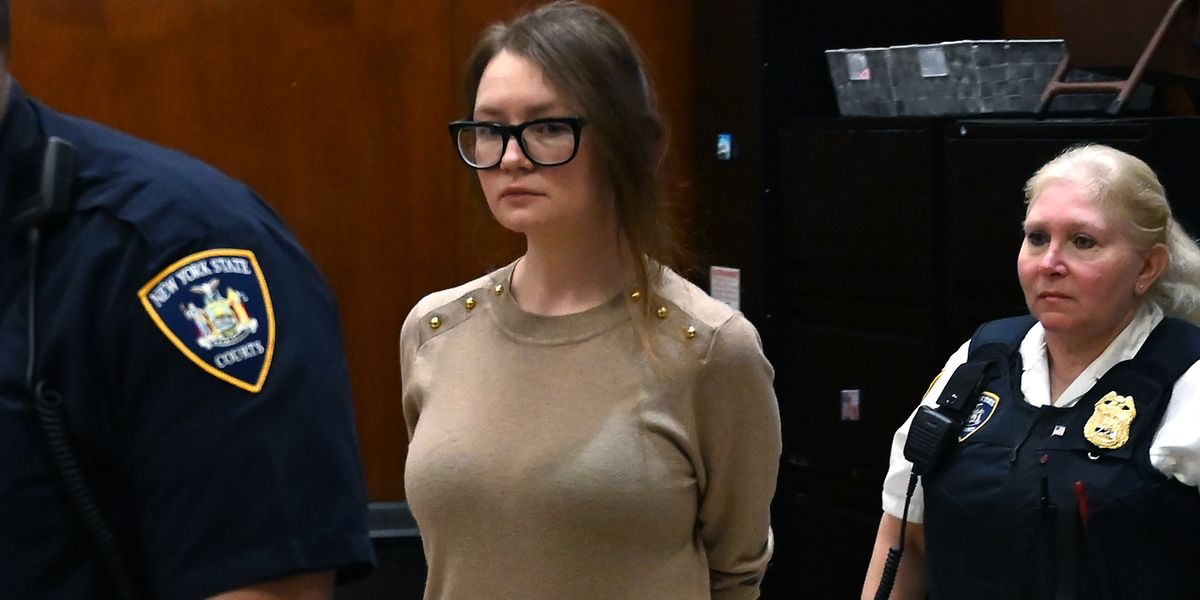 Once her integrity was compromised by money's misleading influence, Fake heiress Anna Delvey narrative's began. Whether you've heard of Anna Sorokin or not, chances are you've heard of her alter ego: Her genuine story inspired Netflix's new show "Inventing Anna," which tells of Anna Delvey's life of deceit and deception.

What Was Anna Delvey Convicted Of

Following his conviction on eight counts, including grand larceny, in May 2019, Sorokin was sentenced to prison for a year after posing as a fictitious German heiress and defrauding rich New Yorkers out of hundreds of thousands of dollars.

How Much Did Anna Delvey Steal

Delvey was sent to Rikers Island, where she was imprisoned without bail for a short period of time. The indictment came three weeks later, charging her with taking nearly $275,000 through a series of schemes.

Anna Sorokin is a Russian-born German con artist and fraudster who has been convicted of fraud and deception. Sorokin claimed to be Anna Delvey, a wealthy German heiress, over a period of three years between 2013 and 2017. A total of $275,000 was stolen from major financial institutions, banks, hotels, and acquaintances in the United States.

She was caught in 2017 after scamming or purposefully deceiving these institutions, banks, hotels, and acquaintances. Sorokin was convicted in New York state court of attempted grand larceny, larceny in the second degree, and theft of services in 2019. He was sentenced to 4 to 12 years in prison after being found guilty in the case.

Sorokin is now being jailed in the United States. Immigration and Customs Enforcement has taken custody of the individual pending deportation. A production including Sorokin was acquired by Netflix, which developed a television adaption of her story, Inventing Anna, which will be released in 2022, and star actress Julia Garner.

What Has Anna Stated About Her Transgressions

As portrayed in the media, Sorokin was unrepentant about her acts, but she did express regret to a judge at her sentencing hearing. She said:

"I apologize for the mistakes I made. The thing is, I'm not sorry. I’d be lying to you and to everyone else and to myself if I said I was sorry for anything. I regret the way I went about certain things. I feel sorry for the choices I’ve made. Definitely, I don’t feel like the world would be a better place if people were just trying to be more like me."

Reddit Community Give Thoughts About The Fake Heiress Netflix Show

"I can't decide whether she was just that good of an actress and had everything planned to the tiniest detail, or if she's just a good liar/con artist and knew who, from the rich socialite circles, was gullible enough and which banks/hotels would most likely accept her fraudulent checks. She was, what 21 or 22 at the time? Just a girl wearing one or two classy dresses, a smooth talker, and everyone just fell for it. I find it amusing and impressive. Another thing is that she's pretty smart, cause even during the trial and in prison she kept up the appearance of being this high-class person, with a stylist for her trial looks, with continuing to talk to the media, giving interviews, discussing book deals and the tv series that more than one media outlet wanted to get the rights to." -u/Nerdsona

"She is a criminal and likely an awful person, no question about that, but her story is entertaining, just like all the heist movies out there. Anna is an opportunist and will continue to do whatever it is that she has to do to have the life she wants. She is probably having it her way in Germany now, while she waits to cash in that Netflix money. However, I do feel kinda bad for Rachel DeLoache Williams because I do believe she felt betrayed by someone she believed to be her friend, money aside." -kaleidosray1

"I was a bit obsessed with this story a few years ago. I won't defend what Anna did, but I can't shed too many tears for her victims. Institutions like banks and hotels took her at her word and expected a nice payout in return for their time and money. They also have the backing of the law to make sure they're compensated when things don't go in their favor" -BennyGoodmanBrown

"I’d actually be somewhat impressed but I, of course, don’t know the other stuff if there is a reason, etc. I’ll watch the video but she sounds like the ultimate troll. I also pre looking into it wonder if she has some form of mental illness that made her do it or my guess which is she’s just a pathological liar and narcissistic person who needs to be the center of attention." -Evangitron

"I came here because I just watched the Generation Hustle on her. And now am watching this for 60 minutes. She is so insufferable. Wow. The DJ was so good at describing her. I get it though too. I once was at a Chanel fashion show in Paris and I’ve never been around more insecure and snobbish people in my life. Best people-watching. I honestly at one point thought I must be in a skit when I was overhearing the people seated next to me." -Lizard_Li

This entire story is entirely legit. I'm not making this up. With the exception of all of the portions that are completely fictitious. Inventing Anna, a Netflix original series created by Shondaland and starring Emmy Award-winning actress Julia Garner premieres on February 11 exclusively on Netflix.

Sorokin was freed from an ICE detention camp in upstate New York and is being deported from the United States after nearly a year in custody. She was a scammer socialite known as Anna "Delvey" Sorokin. Her flight to Frankfurt is scheduled to depart on Monday night, according to reports. As a result of her deportation, Sorokin, 31, is believed to be outraged, according to a close source, because she had filed an appeal to be allowed to stay in the United States. Originally scheduled for April 19, the appeal would have been heard.

Because she allegedly overstayed her visa, she has been detained at the Orange County Correctional Facility in Goshen, New York, since March 25. In a lawsuit filed in federal court by the American Civil Liberties Union (ACLU), Sorokin was found to be infected with the virus on Jan. 19, weeks after she submitted a written request for a follow-up vaccine dosage that went unanswered.

In the intervening period, she has been held in detention by ICE. She has kept a very close eye on her public image from the detention center, even though she is still being detained in custody. Since the premiere of the series on Friday, February 11, she appears to have regular access to her Instagram account, @theannadelvey, which she has updated with new posts.

Fraud and dishonesty crimes can come from a wide range of actions. Fraud is when you do something dishonest to someone in order to get a benefit or hurt them. The context in which a person did something will always play a role in whether they are guilty of an offense. Among the most common dishonesty crimes are theft, fraud, money laundering, bribery and corruption, making false or misleading statements, dishonest use of power, and corporate fraud.

Similar to how the "Fake Heiress Anna Delvey" is portrayed to us, you may come across circumstances of dishonesty in your own life. An example of this is a situation like applying for a job, filling out government documents, taking an exam in school, exaggerating, or offering deceptive answers, which are considered acceptable by many.

The example of Anna Sorokin tells us that dishonesty has catastrophic consequences and that we may go through experiences that we later regret. Maintaining your integrity at all times will earn you the respect and trust of others, so do not lose sight of this fact. Your good conscience and peace of mind will result from being truthful in all things.