Five Famous Actors Who Ruined Their Careers And Reputation 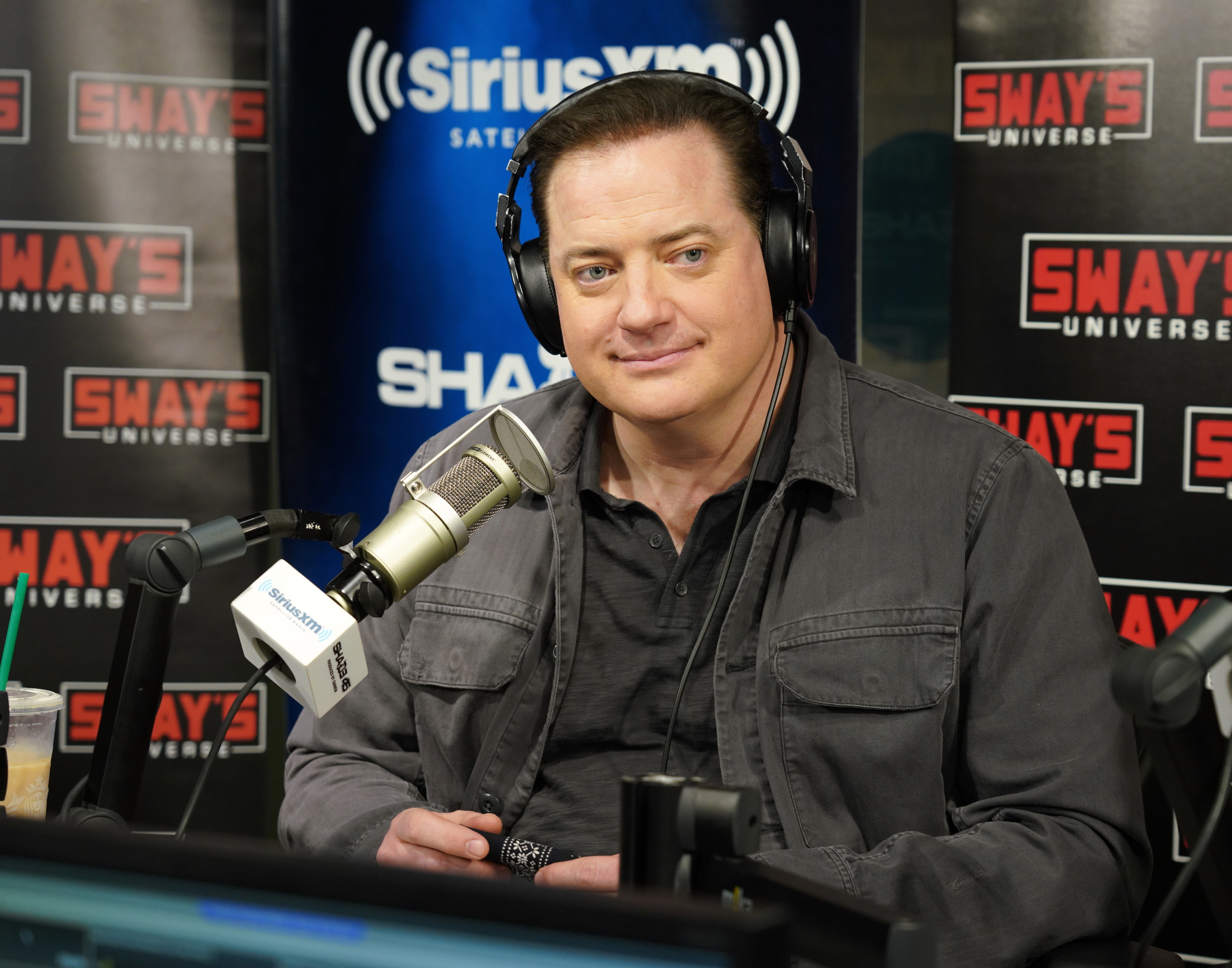 Many small things done over time add up to a good reputation, but one stupid thing is all it takes to ruin it.

In this article, you will be able to meet some five famous actors who ruined their careers and good reputations in just a matter of seconds.

Let's meet the first famous person whose name destroyed a good name and also a career. 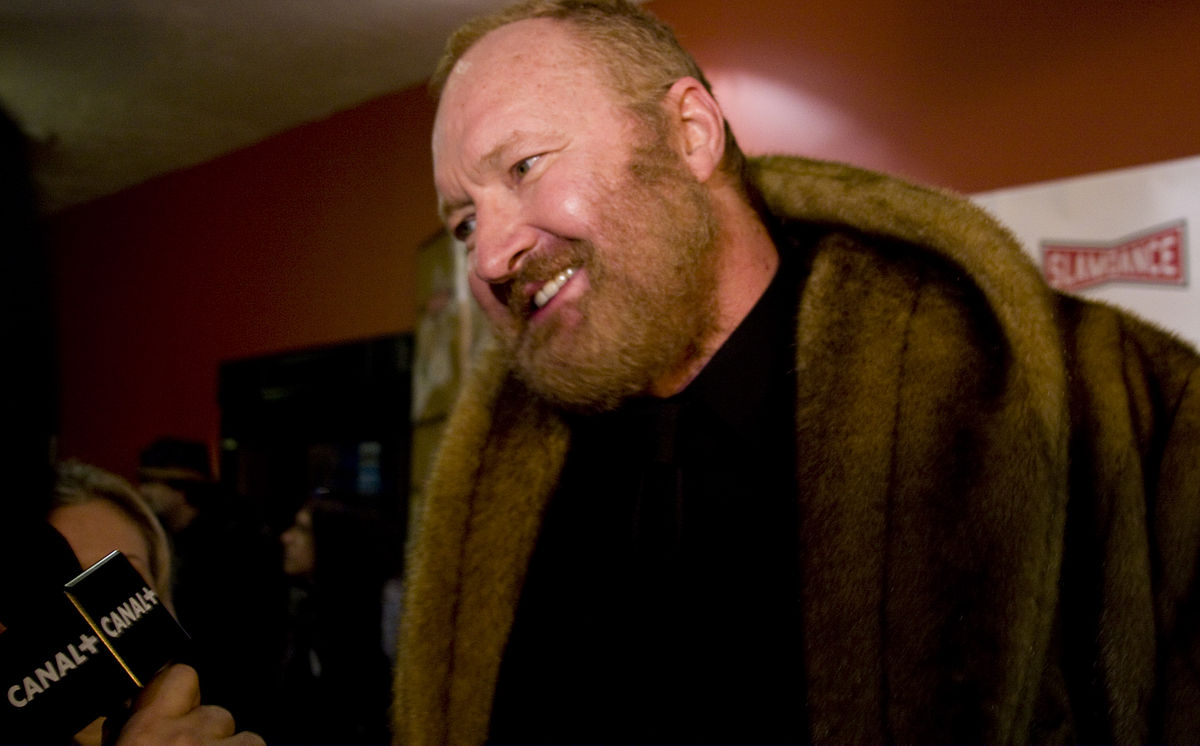 Rudy Randall "Randy" Quaid is an American actor best known for his roles in the National Lampoon's Vacation films as Cousin Eddie.

He is also well-known for his many supporting roles in films such as The Last Detail, Independence Day, Kingpin, and Brokeback Mountain.

Quaid has a Golden Globe Award, as well as nominations for an Academy Award, an Emmy Award, and a BAFTA Award.

It shows that Randy Quaid built a good name for himself in movies, and he got some of the most prestigious awards because he worked hard to prove he was capable.

In 1974, he was nominated for an Oscar, so, one should wonder what might have possibly gone wrong.

Both Quaid and his wife, Evi, were taken into custody in September 2009 for failing to pay a hotel bill in the amount of $10,000.

After that, in 2015, US actor Randy Quaid was supposed to go to court because he had been arrested near the border with Canada.

Quaid, 65, and his wife, Evi, were detained by Vermont police while attempting to enter the United States from Canada.

After being accused of vandalism and squatting on a property in Santa Barbara in 2010, they ran away to Canada. 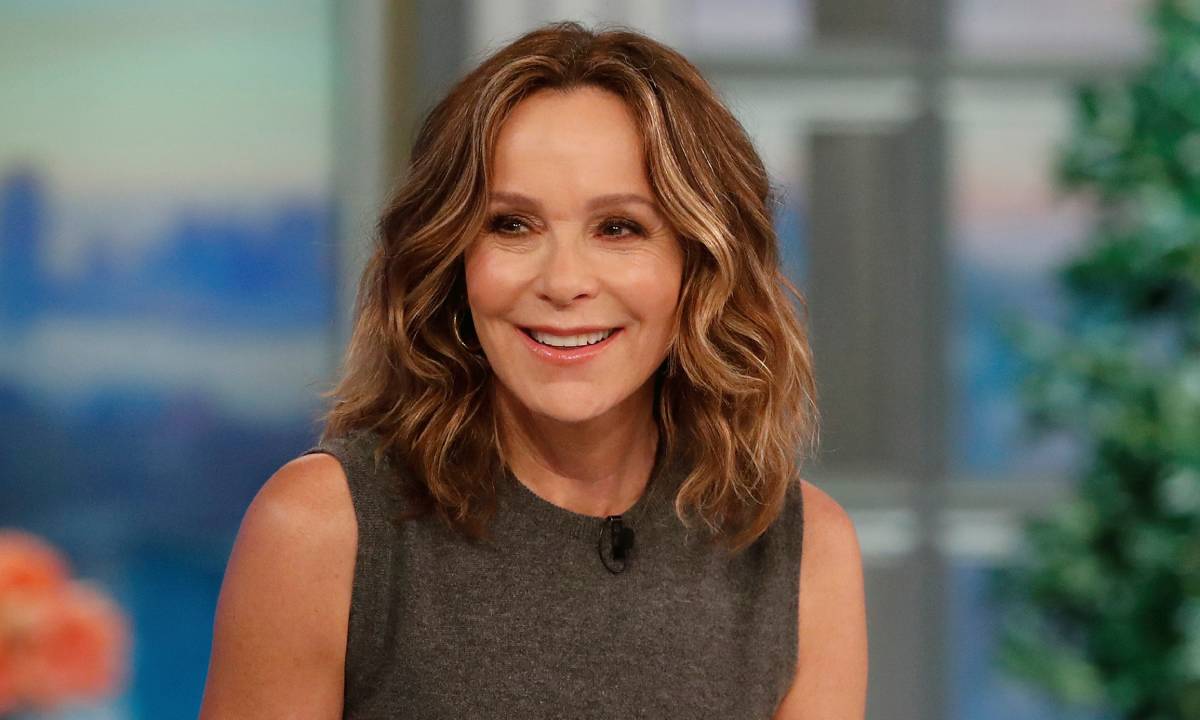 American actress Jennifer Grey was in the movie Dirty Dancing (1987).

In John Milius's 1984 cold war movie Red Dawn, she played "Toni," one of the "Wolverines," a group of rebellious teens fighting for their country during World War III, with Patrick Swayze.

However, Jennifer's most iconic portrayal is that of "Baby" in Dirty Dancing (1987), for which she was nominated for a Golden Globe for Best Actress.

So here is what she told us about her tragic story in her life.

In an interview to promote her upcoming book, Out of the Corner, Grey talked about how plastic surgery changed her life in an interview. She said: "Overnight I lost my identity and my career."

Grey has undergone two surgeries, which he calls "schnozzageddon," after the hit movie Dirty Dancing in 1987.

She was told that her nose was "a problem," and after seeing the movie, a plastic surgeon asked why she hadn't had a nose job.

Grey writes in her memoir:

My so-called ‘problem’ wasn’t really a problem for me, but since it seemed to be a problem for other people, and it didn’t appear to be going away anytime soon, by default it became my problem.

The two nose surgeries left her nose "truncated" and "dwarfed." People who had known Grey for years could hardly recognize her.

She stated that it was a really terrible experience to be misunderstood on a public scale.

Grey remembers how painful it was when photographers stopped recognizing her and she became a joke all over the country because of her plastic surgeries. 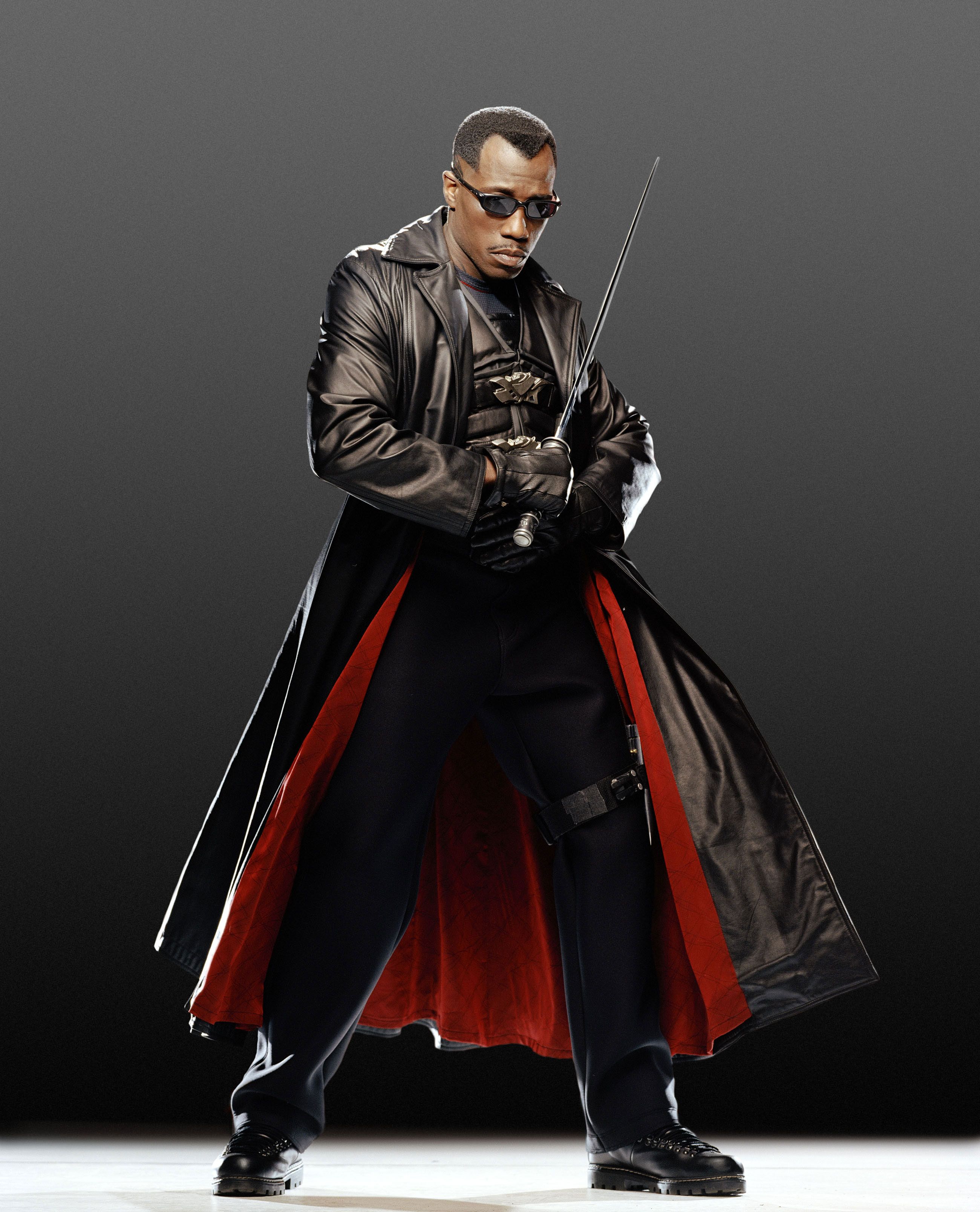 Wesley Snipes is attired fiercely in a black sunglass, a leather outfit, and a sword in his hand

Wesley Snipes is an American actor who is best known for his action movies, many of which involve martial arts.

You may be wondering how Wesley Snipes became famous.

Snipes rose to prominence in 1990 as a musician in Spike Lee's film Mo' Better Blues.

The next year, he played Nino, a cruel Harlem drug lord, in the movie "New Jack City," which was praised by critics.

After that, he worked on movies like "Armed Response" in 2017 and "Dolemite Is My Name" in 2019, a biopic of a blaxploitation star starring Eddie Murphy.

Following the sweetest moment of her life, comes a bitter taste in his life.

It is obvious that failing to pay your taxes is bad, but what is the worst that could happen? You will repay it, as well as the interest and penalties.

In this case, Snipes was fined $5 million for knowingly not filing tax returns worth millions of dollars.

Michael Anthony Richards is an American actor, writer, television producer, and comedian, best known for his role as Cosmo Kramer in the sitcom Seinfeld.

Richards won three Primetime Emmy Awards for Outstanding Supporting Actor in a Comedy Series for his work on this project.

Richards started out as a stand-up comedian and got his big break when he appeared on Billy Crystal's debut cable TV special.

Before he was on Seinfeld, he was a guest star on a lot of different TV shows, like Cheers.

"So I Married an Axe Murderer", "Airheads", "Young Doctors in Love", "Problem Child", "Coneheads", "UHF", and "Trial and Error" are some of the movies that he has been in.

Richards went back to TV in 2013 when he played Frank on the sitcom Kirstie, which also starred Kirstie Alley and Rhea Perlman.

This video footage shows the start of Michael Richard's fall from grace, which caused him to lose his good reputation.

In the video, you may have seen that Richards responded to the man's criticism with a string of racial slurs and demanded that the African-American customer be kicked out of the club.

Here are some of the ways people have responded to Michael Richards' bad behavior.

What you’re seeing here ladies and gentlemen is the first time a cell phone ruined a mans career. This is actually history. I remember seeing this as a kid.

In the comments section of the raw video, another user said that he was the first person whose career was ruined by a cell phone camera.

On the other hand, another commenter was shocked after he watched how this actor ruined his reputation after Michael lost control.

Oh s**t! I never watched this because I thought it was just blown out of proportion but he really fuckin looses it!

I remember this on TV when I was 6 and my dad said: "we dont like him anymore."

Richards later said the following about what happened:

I’d only been doing stand-up at the time that situation happened about seven or eight months and I just lost my patience that night because people were heckling me and not letting me work on my material and I lost my cool. And it is what it is! I’ve moved on

He soon said sorry on the Late Show with David Letterman, but it was too late for his career. 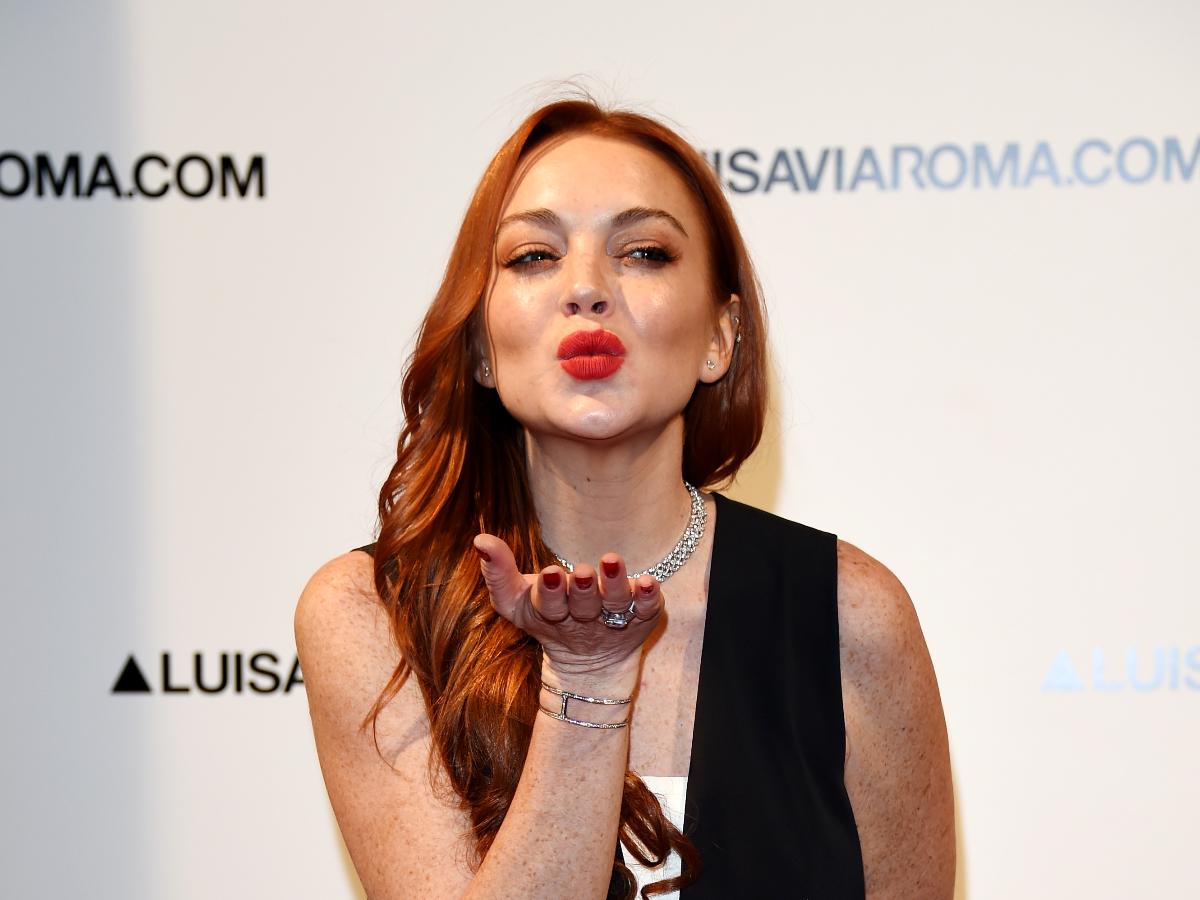 Lindsay Lohan is the final celebrity on our list who ruined their career.

She is an actress and pop singer who starred in the movie "Mean Girls." Since she became famous in the early 2000s, the tabloids have loved to write about her.

Biography says that Lindsay Lohan has been in the spotlight since she was three years old, and she has had more than 60 TV spots.

On the other hand, a hundred print ads helped her get the famous role of twin sisters in Disney's remake of The Parent Trap in 1998.

But Lohan's life and career went off the rails in 2007.

That was a bad year for her because she was caught driving drunk twice and using cocaine once.

She also went to rehab three times and spent 84 minutes in jail.

I've been court-ordered to do it six times. I could write the book on rehab. Constantly sending me to rehab is pointless. The first few times I was court-ordered to rehab, it was like a joke, like killing time.

I can come back afterwards and be fully focused on work. But I think there are other things I could do instead of going to a rehab center that would benefit me more. The best thing they could do for me would be to make me go abroad to different countries and work with children.

Just a few weeks after she got out of jail, she got into trouble again when she stole a necklace from a jewelry store.

Because she was caught shoplifting, she was sent to rehab, where she is now.

In 2010, she was again released from prison.

The actress said that she had been living in Dubai for six years during an interview on Lights Out with David Spade in April 2020.

Celebrities Who Ruined Their Careers In 2021

In this video, you'll meet the top ten celebrities who ruined their careers in 2021.

Who Are Some Bollywood Actors Who Ruined Their Careers Overnight?

Why Do Most Actors Fail?

There are many things that can go wrong in an actor's career. Headshots, agents, demo reels, casting directors, lack of money or time, bad luck, and industry nepotism are some of the reasons.

Can Anyone Become A Celebrity?

Being a celebrity alone will not get you very far because it is too nebulous a goal to strive for.

It's also a good idea to decide whether you want 15 minutes of fame or if you want your celebrity to be a lifelong endeavor.

There are five famous actors who ruined their careers and are featured in this article.

Everyone has been guilty of making hasty choices that they later come to regret.

When you have a lot of options or are under a lot of stress, you might make mistakes that will affect you for the rest of your life.

If you want to have a successful career, you shouldn't try to manipulate the tax collector like Wesley Snape did.

All you movie stars out there, take this as a lesson.