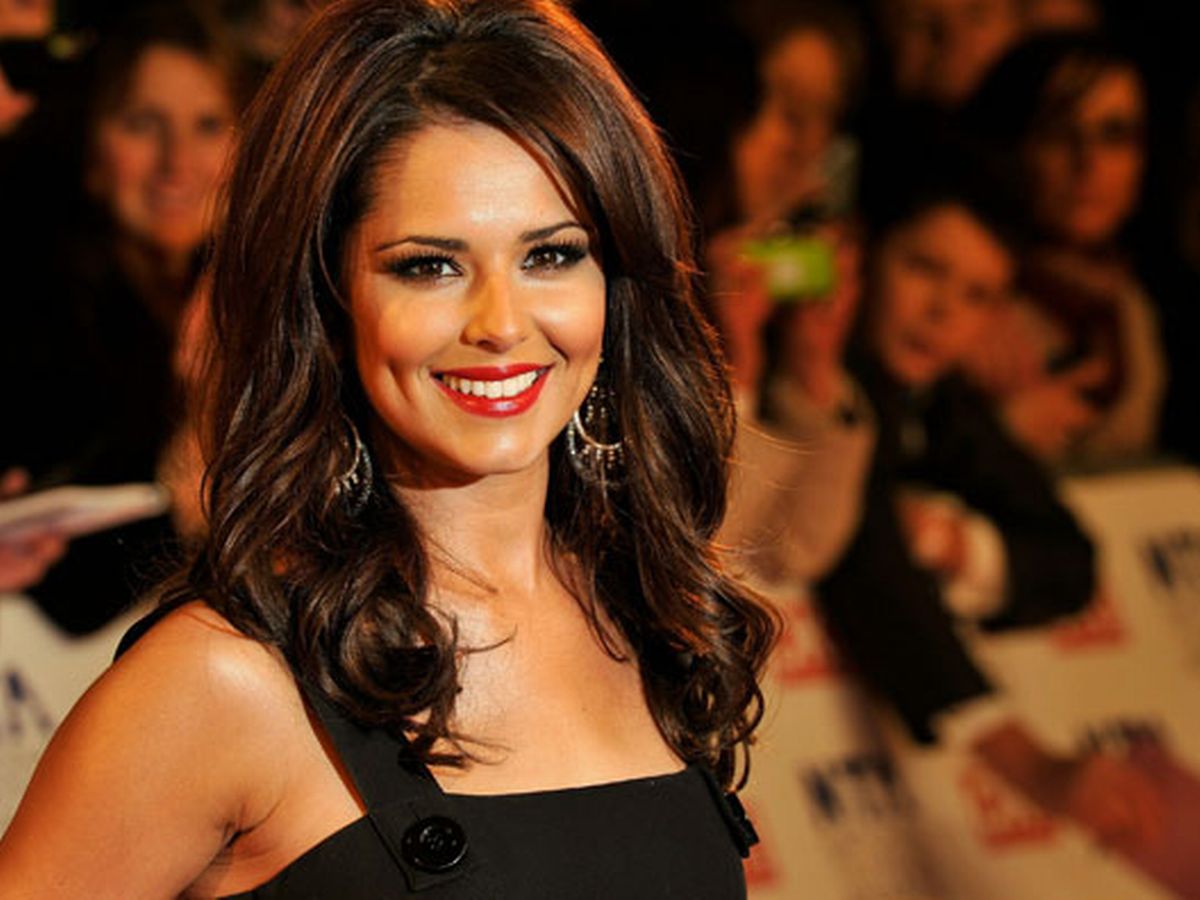 People usually talk about and laud celebrities for their beauty and talent, but despite their efforts to always appear elegant, they are occasionally captured on camera in an awkward scenario.

One of the most uncomfortable experiences we've ever had is farting in public or private areas.

In this article, you will be able to learn about a famous celebrities who farted on live TV.

In fact, 2,000 Americans were polled in a study to find out which body offenses were the most embarrassing to them.

Let's now dig into these famous personalities who were caught farting while on live television.

Ditka is an American football player and head coach. His real name is Michael Keller Ditka, and he is also known as "Iron Mike."

Ditka is 82 years old now, with a net worth of $30 million dollars.

After he stopped playing, Ditka became a successful coach. In 1986, he led the Chicago Bears to a Super Bowl win, which was the high point of his coaching career.

He also did a lot of work as a commentator for NFL games and as a spokesperson for a lot of different products.

In addition, Ditka was selected into the Pro Football Hall of Fame in the year 1988, making him the very first tight end to ever be honored with this distinction.

However, Mike Ditka didn't escape being in an uncomfortable situation on live TV.

He let some bad gas out during a live broadcast of ESPN's "Monday Night Countdown" in 2015. You can watch the video above to see how Ditka is trying to get things back to normal.

But sportscasters have ears that can hear sounds and noses that can smell bad smells.

You may see Chris Carter's facial expression when he hears the fart.

Ditka's farting spread like wildfire throughout the mainstream media and raised some eyebrows among the viewers.

I like how Cris goes from laughing to this sheer look of terror and the camera cuts away from him.

Kevin Strade agree with the first comment as he said:

I still can't stop laughing at this. it was real because of how Chris reacts as he pulls away after the noise.

Nathan Charpentier wrote in one comment that his dad called him from the next room, laughing his head off and telling him, "You have to fucking watch this!" Nathan was not disappointed, and he said that Mike Ditka shitted himself on public television.

Another user wrote a comment in a hilarious way about this famous personality who farted on live tv.

Lastly, Romantique observed in the video:

Looks like the Monday Night Countdown was of how long Ditka could hold that shit in. That's one of those farts where you just cut to a commercial break to just get some breathing room from that shit. Ditka had that fake laugh at 0:02 seconds cause he knew CC had a loud voice and thought "Hey this is the perfect time" little did he know CC had that awkward ass laugh shortly after.

Nancy Grace is number two on our list, but first, let's find out who she is and what makes her a very famous celebrity.

Nancy Grace is an American commentator on legal news and a central figure in victims' rights. She may be best known as the host of the TV show, Nancy Grace.

Grace started her career in the media when she left the prosecutor's office. She covered trials for the cable TV network Court TV's nightly show Closing Arguments, which she later hosted.

In 2018, she went back to TV with the show Grace vs. Abrams, where she and legal analyst Dan Abrams talked about notable cases and crimes.

Even though Nancy Grace used to be a prosecutor, she really stinks when it comes to getting her facts straight.

On TV, Nancy let a little bit of air out, which ultimately led to her losing her grace.

This was broadcast on television on October 3, 2011.

Everyone seemed to be keeping their composure, I would have been the only one cracking up in the background.

On the other hand, one commenter said that Nancy tried to blame this on her partner, but based on how they both acted, she definitely let that fart out.

Tara Huber wrote in a comment section about how she felt about this video:

I watched this live and I was like omg!!!!! Omg!! I called my boyfriend in you won’t believe this hahahahaha ... I think she was holdin that in for a while.

Whoopi Goldberg lets one rip on The View

Whoopi Goldberg, whose real name is Caryn Elaine Johnson, is an American comedian, actress, and producer who is known for her work in theater, film, television, and recordings.

She was also known for being a co-host of the TV show "The View".

In the late 1990s, Goldberg started making TV and stage shows. In 2002, she won a Tony Award for making the Broadway show Thoroughly Modern Millie.

Goldberg worked for many causes, such as human rights, AIDS research, and children's rights.

However, the 66-year-old host blew out a loud fart on "The View" when the panelists, who included Rosie O'Donnell, Rosie Perez, Nicolle Wallace, and guest-host Ashanti, were debating flu shots.

As her co-hosts burst out laughing, Whoopi grabbed her booty and stood up from her chair.

Fans have apparently caught Whoopi passing gas on The View before, so don't be surprised.

I’m laughing so hard my parents thought I was crying.

Meanwhile, Whoopi farts during this live interview with Claire Danes in 2011.

Literally in tears right now. Funniest thing I've seen all day. I feel like a little frog blew out of there.

On the other hand, Daniel mentioned:

The fart wasn't what killed me...when she made that movement before she farted i started to die laughing

Last but not least, Allen Michael mentioned that throughout the entire conversation Joy showed a lot of laughter.

Lmao Joy's face throughout. In all seriousness, really wish society would stop fart-shaming. It's actually unhealthy to hold it in.

Cheryl Ann Tweedy is a singer, songwriter, and television personality from England.

She is most recognized for her number one hits in the United Kingdom, including "Fight for This Love," "Promise This," "Call My Name," "Crazy Stupid Love," and "I Don't Care." She has five UK No. 1 singles, the second most for a British female solo artist.

However, in the video that can be found above, she abruptly farts while making comments about the performance of one of the competitors.

According to a YouTube user named Joshua Loftin, she acted as if nothing had happened.

She acted as nothing happened at all. I wouldn’t be able to keep it together if it was me

Similar to the first comment, here is what Ony commented:

My wife and I saw this live and she kept on rewinding it as it was really funny. Her facial expressions after the bomb went off gave it away. She did it!!!

I watched this on my friend's iPhone in school and I was sitting on a desk I laughed so hard fell off the desk and landed on the chair and nearly tipped the chair, and I have to keep replaying it!

Barney Frank, whose real name is Barnett Frank, was an American Democrat who worked in Congress from 1981 to 2013.

He was one of Congress's first out gay members.

Frank was a widely known and thought-provoking teacher. Students were drawn to his quick wit, which he hid behind a casual, sometimes rumpled look.

In 1970, he left the White administration and planned to go back to Harvard. However, he was quickly hired as an assistant to Michael Harrington, a Democrat who represented Massachusetts' Sixth District in the U.S. Congress.

Despite this, as you can see in the video above, Barney Frank let out what sounded like a massive fart tonight while speaking with Rachel Maddow on MSNBC. His hips are telling the truth, as you can see.

One commentator from the video that was uploaded said:

We gotta get some jobs"? He needs to get some Bean-O. I am still laughing. Thanks, Barney. You provide some of the best comedy. I did understand that his butt was trying to mask what his mouth was saying. Nice job!

The fact that he can fart and keep carrying on with the conversation show how powerful he is. Ass Master

Look at the way he's moving. There's no question it was causing some discomfort.

Causes Of Flatulence Or Farting 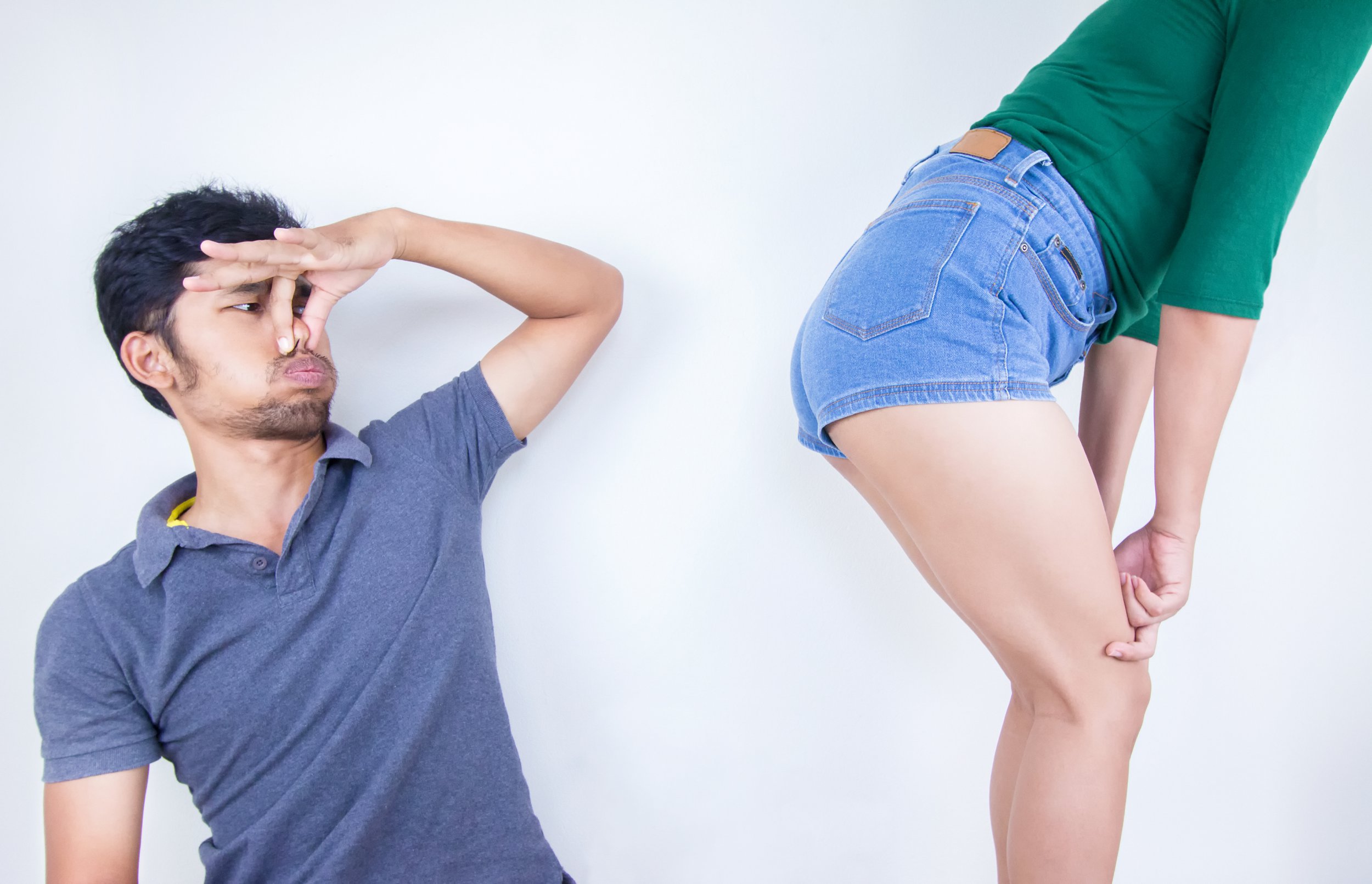 A woman on the right farts, and a man closes his nose with his fingers

Flatulence, also called "farting," is caused by gas in the intestines.

Normally, the intestines make between 500 and 2,000 ml of gas, which comes out of the anus at regular intervals.

Methane, nitrogen, and carbon dioxide are all types of gases that are coming out of our anus.

Gas in the intestines is a typical element of digestion. The gas is produced in a variety of ways, including:

Because the mouth is not vacuum-sealed, minute amounts of air are swallowed along with food and drink.

Pancreatic juices neutralize stomach acid, and the interaction between the two produces gas (carbon dioxide) as a byproduct.

Bacteria In The Gut

There are many bacteria in the bowel that help the body break down food by fermenting some of its parts.

Gas is made as a byproduct of the fermentation process.

Some of the gas gets into the bloodstream and is exhaled through the lungs.

The rest is moved through the bowels.

Is Smelling Farts Good For Your Health?

Smell Farts and Improve Your Health?

The Doctors talk about a study that says inhaling a fart is good for your health. What do they think about this smelly claim?

The Doctors is a daytime talk show that has won an Emmy.

Bollywood actors and actresses do not fart. Actually, one prerequisite for them to be actresses is that.

The media crew would offer the actresses root crops and make them sit on warm benches for a while before determining whether or not they would pass the screening tests.

Who Is The Most Farter In The World?

Paul Oldfield, often known as Mr. Methane, is a British flatulist or "professional farter" who began performing in 1991.

He had a brief hiatus in 2006, but returned in mid-2007. He claims to be the world's only performance farter.

How Do You Cover A Fart In Public?

To reduce the sound of the fart, fart into a pillow or another soft object.

The power of the fart can also be reduced by softly pulling apart your butt cheeks.

You might be able to swiftly complete this without anyone noticing if you hide behind a wall or use the restroom.

The author hopes that reading about the famous celebrities who farted on live TV will make you laugh.