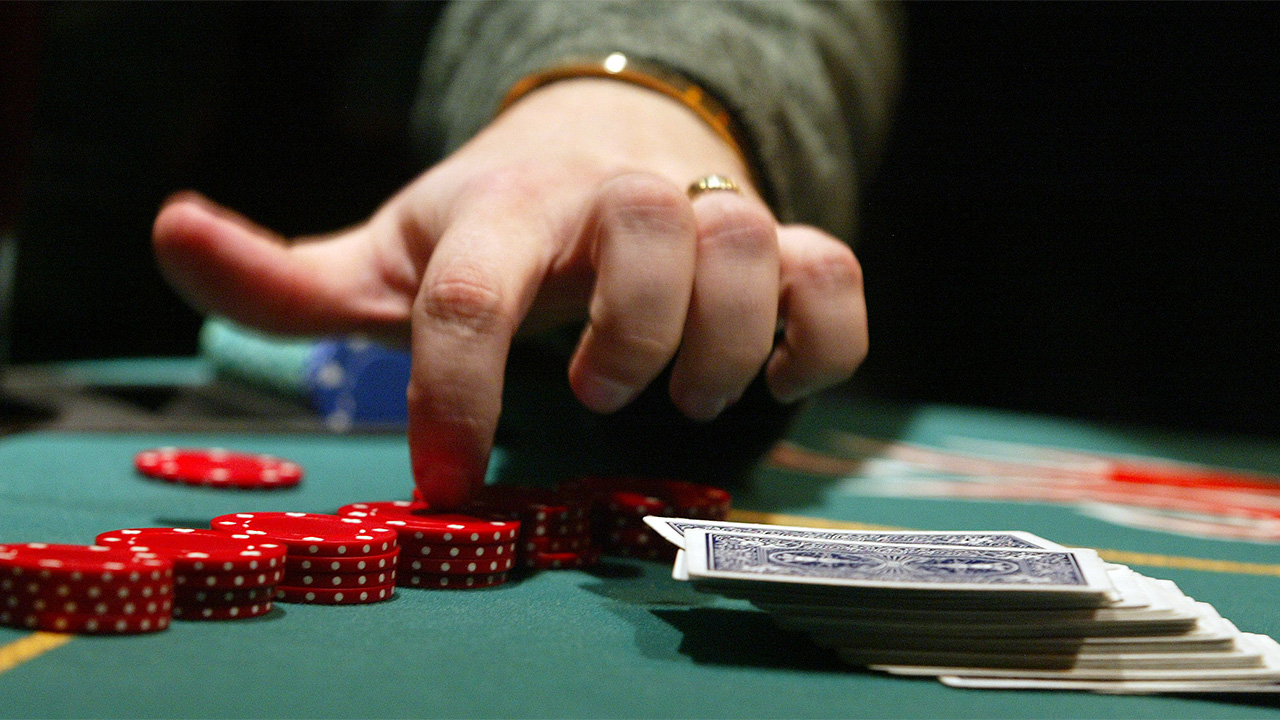 Poker has some of the most well-known names in the world, thanks to their incredible skill, fascinating personalities, and incredible successes.

There are numerous reasons why some poker pros distinguish out as the finest poker players. It could be the money they've won or their personal background.

This article is about to shed light on the best poker players and their professional and personal lives. Read on! 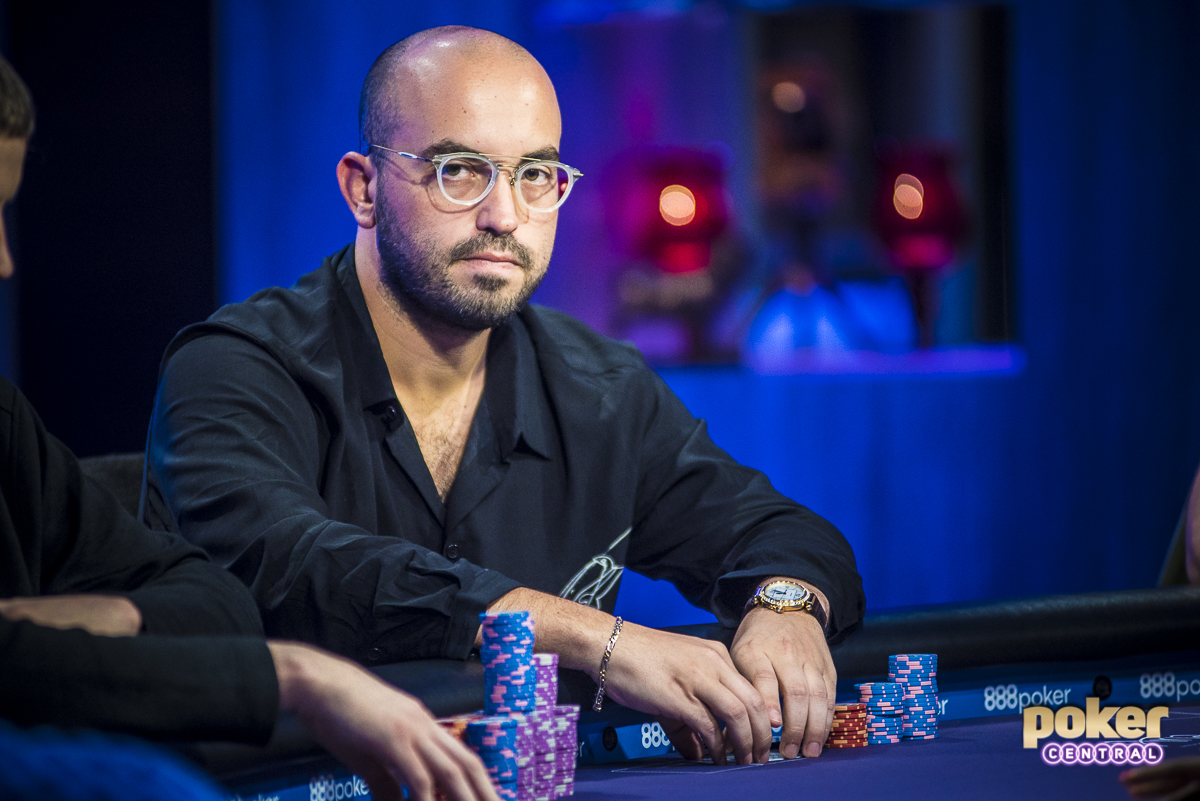 Inside the casino, Bryn Kenney fiercely look at the camera and in front of him is a pile of chips

Bryn Kenney is a professional poker player raised in Long Beach, New York, in the United States. He accumulated a total of $56,403,500 during the course of his gambling journey. Kenney started playing in 2007 up to now.

Before Bryn Kenney became one of the finest poker players, he spent his childhood playing Magic: The Gathering, a card game that was previously extremely popular.

Kenney was able to enjoy substantial success in the game and was able to transfer more easily into the more lucrative game of poker as a result of the excellent skills he demonstrated from an early age.

It wasn't until 2007 that Kenney gave poker his entire attention and participated in his very first tournament.

Kenney continued to have success after success after that, winning his first WSOP bracelet in 2014 and his first seven-figure score in 2016 when he earned 1.7 million in PokerStars Caribbean Adventure.

Kenney is still playing poker today, and he is regarded as one of the game's most difficult opponents. 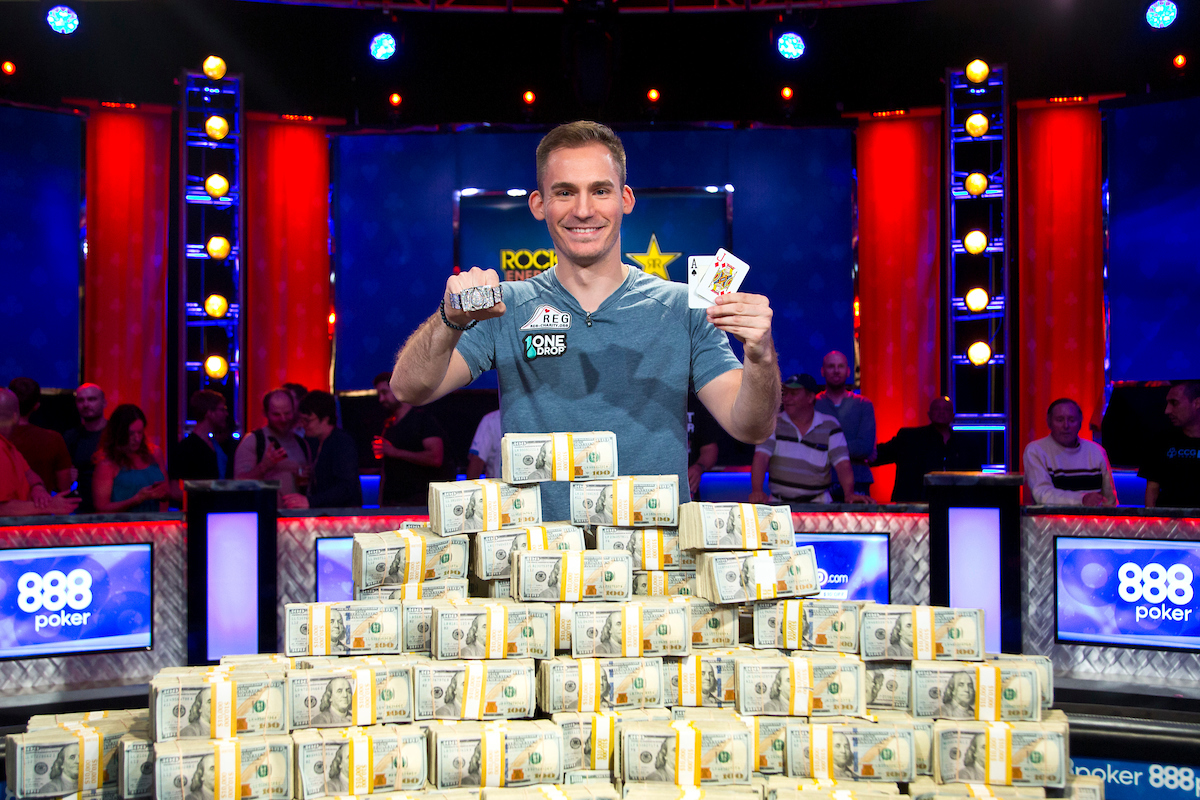 When he finished in fourth place during the first year of the European Poker Tour (EPT) at the French Open in Deauville, France, on February 19, 2005, he made history by becoming the youngest player ever to be seen at a televised final table.

Before transitioning to poker, Bonomo began his playing career as a Magic: The Gathering player, just like his colleague Bryn Kenney did before him.

In the time since then, he has won up to three bracelets at the WSOP, in addition to finishing in the money for this tournament 50 times.

Bonomo has won 188 cash prizes and 26 titles over the course of his career, and he has no plans to slow down any time soon.

As of August 9, 2019, he had won $48,508,778 in live tournaments, making him the second-highest-earning live tournament player of all time after Bryn Kenney. 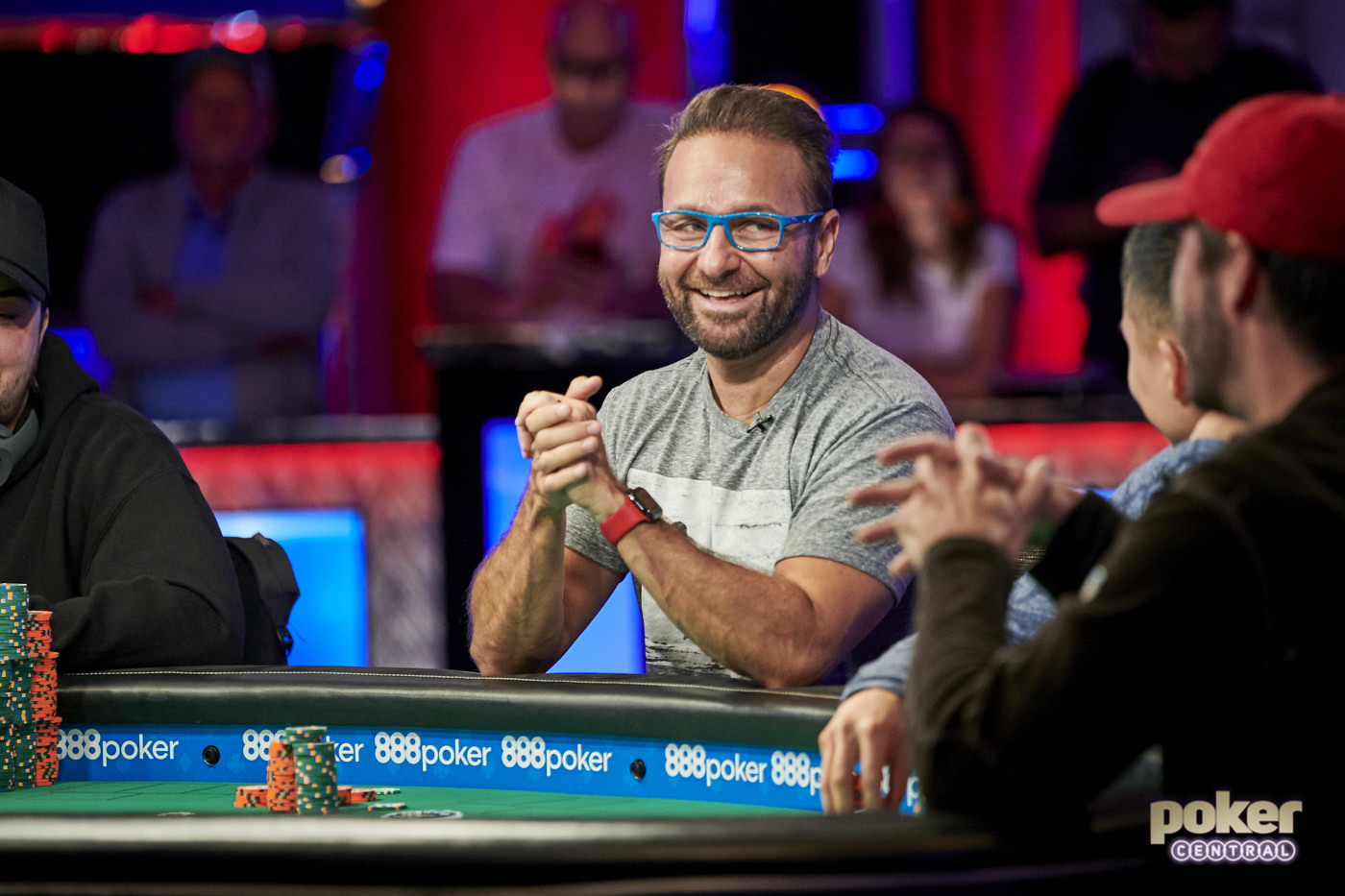 Daniel Negreanu is a professional poker player from Canada.

He has won a total of six bracelets at the World Series of Poker and two championship titles on the World Poker Tour.

PokerStars hired Daniel Negreanu to serve as the brand's ambassador in 2007 and will keep him in that role until 2019.

Negreanu is well-known for his extraordinary ability to correctly read the cards held by his opponents.

He has also earned a reputation as a fan favorite due to his prowess at the table as well as his engaging personality.

Over the course of his lengthy career, he has amassed more than $42 million in total winnings.

During this time, he has competed in numerous high-stakes poker tournaments, including the Big One for One Drop in 2014 and the Super High Roller Bowl in 2018.

In both of these competitions, he came in second place overall. 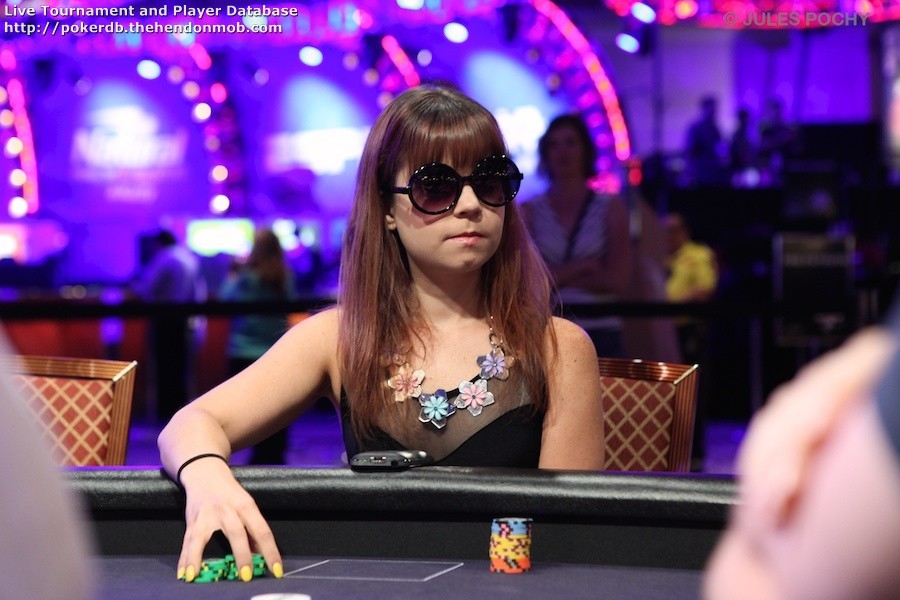 Obrestad is one of the most successful players in the history of online poker, and at the age of 19, she became the youngest person to ever win the World Series of Poker Europe Main Event.

As a result, she has established a legacy in poker that transcends both her age and gender.

Annette Obrestad is likely most known for her famous career as an online poker player.

She began her online poker career, as you may have guessed when she was just 15 years old. Obrestad grew up in the little town of Sandnes, which is located in Norway.

However, Obrestad's professional life did not go on for very long. Even while she never technically left the poker scene, it seemed as though she was participating in events less frequently.

Finally, in 2019, she launched her new job as a beauty vlogger on YouTube, where she shares tips and tutorials related to cosmetics.

In this video, Annette Obrestad describes how she was able to win a poker event with 180 other participants without ever glancing at her hole cards. 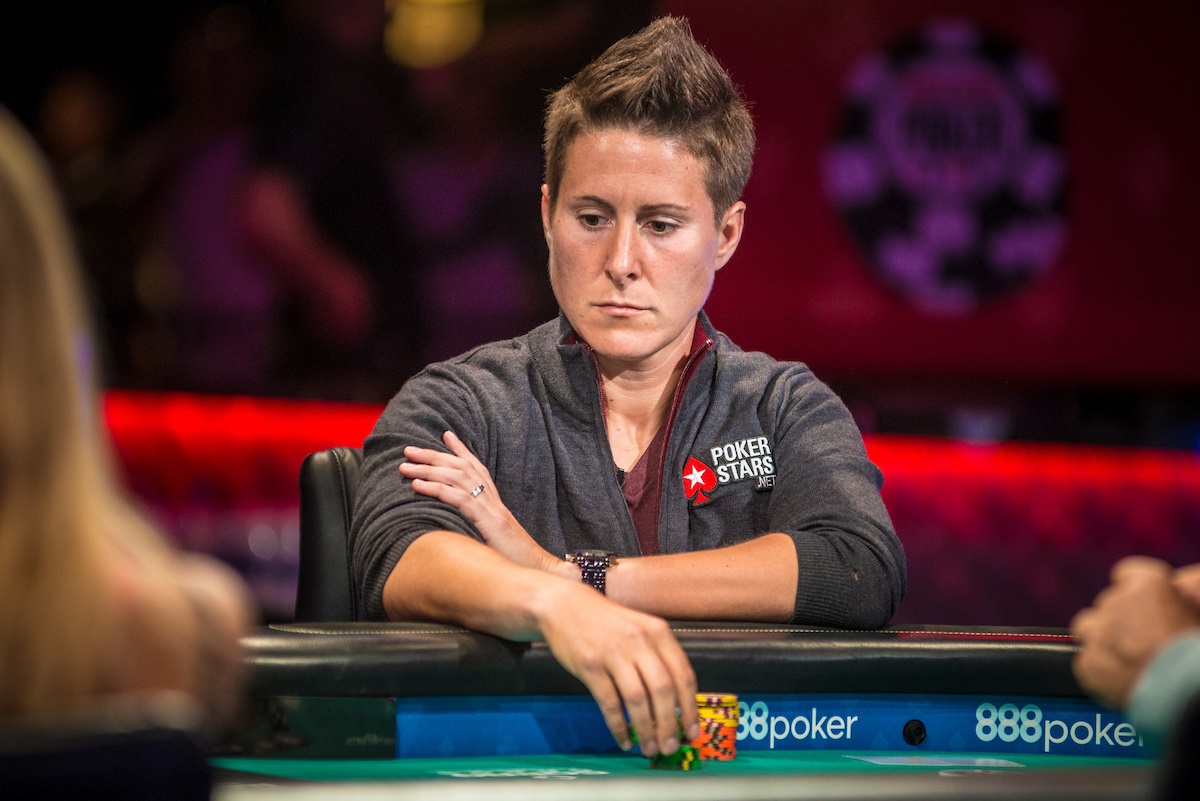 Former professional poker player Vanessa K. Selbst holds the distinction of being the only woman in the history of the Global Poker Index to ever achieve the number one position in the world.

She has won more than $11.8 million in live poker tournaments and used to be a member of Team Pokerstars Pro.

On Pokerstars, she plays under the moniker "V. Selbst."

Vanessa Selbst was a professional poker player for 15 years, during which time she competed in 21 live poker tournaments and amassed a personal wealth of around $12 million.

Kristen Bicknell is a well-known name in the world of professional poker in Canada.

Bicknell was born in the city of St. Catharines, which is located in Ontario.

Jennifer Harman, a professional poker player, served as a source of motivation for her, and she made a habit of following her on Poker After Dark.

With live poker tournaments being canceled for the majority of 2020 due to the COVID-19 pandemic, Bicknell competed in many online poker series throughout the year.

Bicknell eventually triumphed in the $2500 No-Limit Hold'Em 6-Handed event of the World Season of Poker's 2020 online series, taking home the first place prize of $356,412 and her third bracelet from the WSOP.

Dan Bilzerian is at the top of the list even though he has never won a major championship.

This is because of his successful social media career, large trust fund, and many business ventures. He said that high-stakes poker was how he made most of his money.

People call him a lot of different things, like "The Phenom" and "the Tiger Woods of Poker."

It is estimated that he has won about $26 million in live tournaments and more than $20 million online. Because of this, he is now worth $125 million.

Farha is best known for his skill at high-stakes Omaha cash games, even though he also plays in tournaments.

His $100 million fortune comes from many businesses, appearances in the media, and books.

In this video, Phil Ivey demonstrates his greatest strength by obliterating his opponents in the river round of poker play. Watch as he competes against Polk, Altergott, and Antonius in his top three moments from the Aussie Millions.

Who Is The #1 Poker Player In The World?

With a career earnings total of $6,738,670, Carlos Mortensen holds the number one spot on the list of the top poker players.

Who Is The Most Successful Poker Player?

The most famous poker player ever is Daniel Negreanu. Over the course of a long career, he has won more than $42 million.

He won big prizes at the 2014 Big One for One Drop and the 2018 Super High Roller Bowl in Las Vegas, where he finished second both times.

What Is The Biggest Poker Win Ever?

How Can You Tell A Good Poker Player?

Here's a list of seven telltale signals that you're dealing with a pro poker player:

How Long Does It Take To Get Good At Poker?

Some people say that it will take most people between 3 and 24 months to get good at poker. But not all online poker players have what it takes to win most of the time.

The author is glad you read this article. You now know the famous poker players and how they got so rich through gambling.

However, you should keep in mind that "there is no such thing as a sure thing when playing poker."

But keep in mind that "nothing is certain in the game of poker."

High risk does not always imply a high reward.

A lot of people lose a big chunk of their money every day.