You have to admit it would be great to see Hollywood’s golden couple, Brad Pitt and Jennifer Aniston rekindle things.

Until such a day – which is probably never – we can at least enjoy some racy exchanges between the pair in a read-through of 1982 teen movie Fast Times at Ridgemont High. 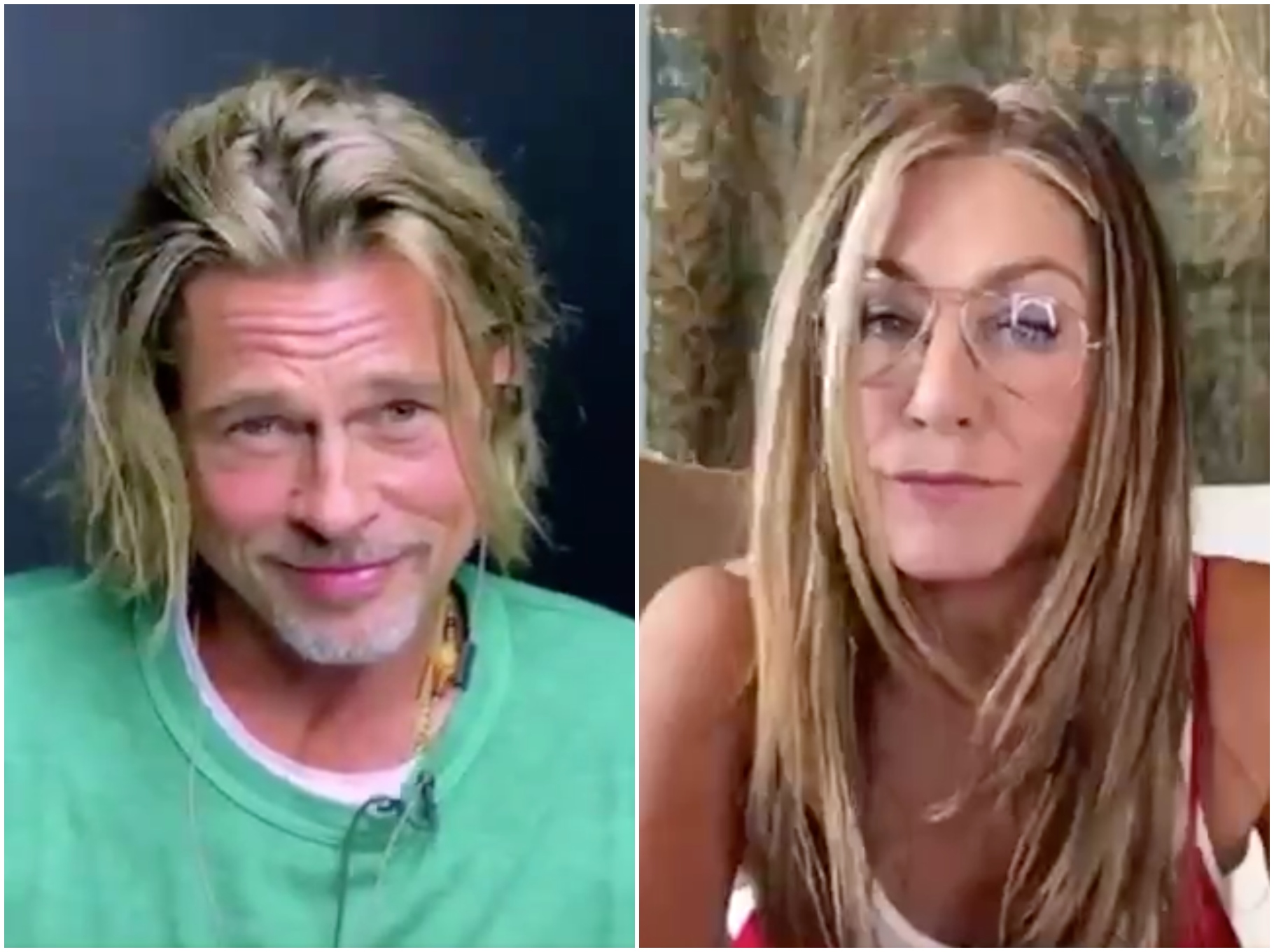 Taking on the roles of amorous high school students Brad Hamilton and Linda Barrett, Pitt, 56, and Aniston, 51, came together via Zoom alongside a pack of A-list stars including Morgan Freeman, Julia Roberts, Matthew McConaughey, John Legend and Sean Penn.

The reading was set up to support charities Core and Reform Alliance in their efforts to alleviate the impact of the coronavirus pandemic with the likes of Henry Golding, Shia LaBeouf, Jimmy Kimmel and Ray Liotta also joining the cast.

You’d be inclined to think things could get a tad awkward between Pitt and Aniston when you consider the X-rated kick off Aniston began with:

Live-streamed on Facebook, Aniston’s opening line was: “Hi Brad. You know how cute I always thought you were. I think you’re so sexy. Would you come to me?”

But really, it’s not Aniston (Linda) making the moves on Pitt (Brad), it’s all being played out in Brad’s fantasies.

The narrator, played by Freeman, describes each scene saying: “He walks to Linda. She reaches out and grabs him for a kiss, pulling him close. Then she pushes him away so he can watch as she carefully unstraps the top of her bathing suit”.

“The incredible Linda Barrett’s breasts fall loose, lord have mercy. She takes Brad’s hands and places them on her as she begins unbuttoning his shirt. They’re just about to fall into passionate lovemaking when…”.

Which as you can imagine was a bit awkward for the ex-lovers as throughout the scene, Pitt could be seen holding back laughter and fans couldn’t get enough.

I could write 10,000 words on this video. Jennifer Aniston is playing it so fucking cool but Brad Pitt is clearly embarrassed. I LOVE MY DIVORCED PARENTS.pic.twitter.com/C6RP8D68Xr

All these actors reacting to Brad Pitt’s character jerking off to Jennifer aniston’s character pic.twitter.com/XIeAslrvql

Screaming. Can someone give Jennifer Aniston an Oscar for doing this with her ex? pic.twitter.com/jq2yz9KVE0

One of the most widely shared scenes shows Aniston’s Linda Barrett teaching Roberts’ Stacy Hamilton how to perform oral sex, using a carrot.

Freeman’s narration had fans in stitches: “The girls are sliding the carrot sticks down their throats, without gagging”.

JENNIFER ANISTON TEACHING JULIA ROBERTS HOW TO GIVE A BLOW JOB is most iconic thing — IM DYING pic.twitter.com/IzfxepBbcu

It was obviously quite the spectacle for fellow cast members too as many of them can be seen giggling throughout the scenes. Not Aniston, though. She kept her cool, calm and professional face on – seemingly completely unfazed by her part.

Julia Roberts reactions to the pair’s scenes pretty much sums it up.

Though I suspect that this is as close to a rekindling as we’re gonna get, folks. Sob.