Fantasia Barrino - The Inspiring Story Of The 2004 American Idol 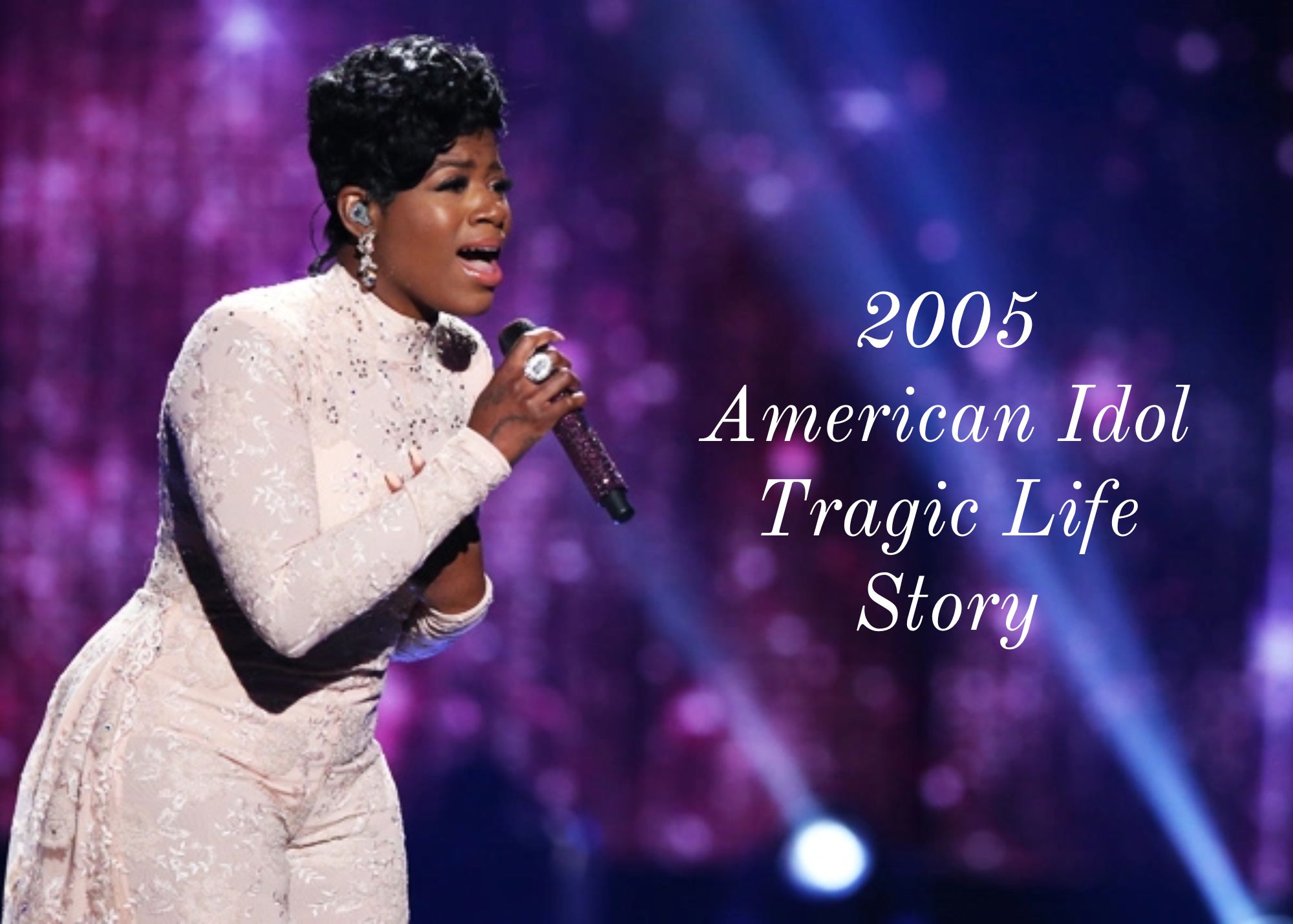 Fantasia Barrino is a popular American R&B singer and actress now. Fantasia was 19 years old when she won the title of the third season of "American Idol" in 2004.

Barrino's career after "American Idol" has been marked by her continued success despite problems. This is one reason why so many "Idol" viewers cheered for her while she was on the show. Barrino has had a lot of success since her time on "American Idol."

This includes having her memoir turned into a movie for Lifetime called "Life Is Not a Fairy Tale: The Fantasia Barrino Story." She also had a starring role in "The Color Purple" on Broadway, as well as several successful albums, and was a recipient of a Grammy Award.

She Was A Victim Of Sexual Assault 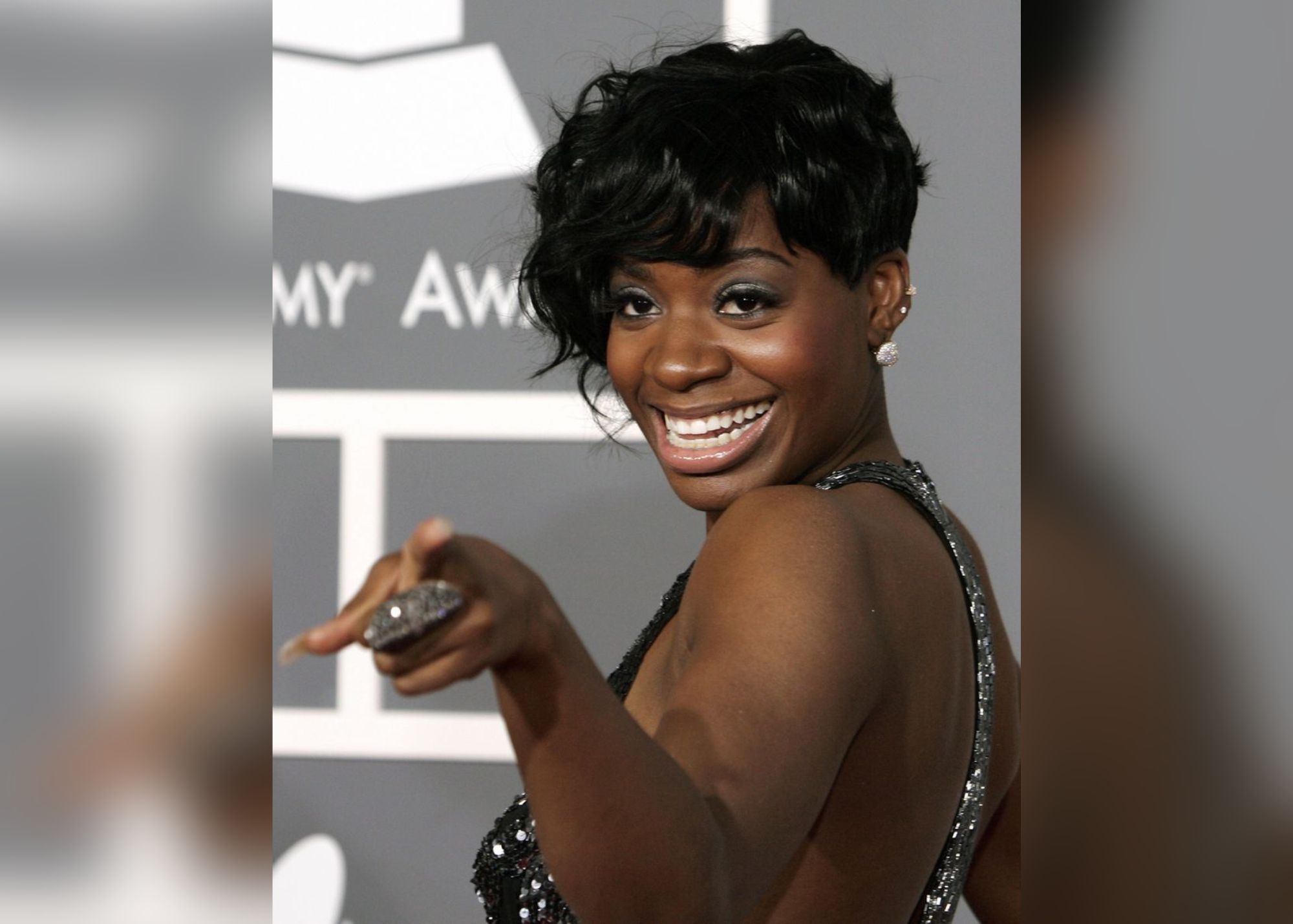 Fantasia smiles warmly while pointing her finger at someone

Fantasia Barrino suffered her first tragedy at a young age, as the star painfully recalled in her memoir titled "Life Is Not a Fairy Tale," which was published in 2005. The well-known singer confessed in her autobiography that she was raped in the ninth grade by a popular boy with who she had a crush at the time.

The occurrence took place inside the school's auditorium. She drove herself home, crawled into bed, and refused to get out of bed for the next two days. Even though the boy had been punished, Barrino still felt like he was to blame for what had happened.

She explained to Oprah:

"Going back to school was hell; his homeboys would say, 'I'm going to do to you exactly what he did.' They thought it was funny. That's when I quit school. "

Fantasia was only 14 years old at the time. When she looks back, she sees that it was the start of a downward spiral and she expressed: "I messed up a lot of relationships because I believed that sex means love. I want real love. "

She added: "I didn't think it was going to be hard to go back to play myself, but it was because I had to relive those moments" when she had to film a rape scene for the Lifetime movie based on her memoir. 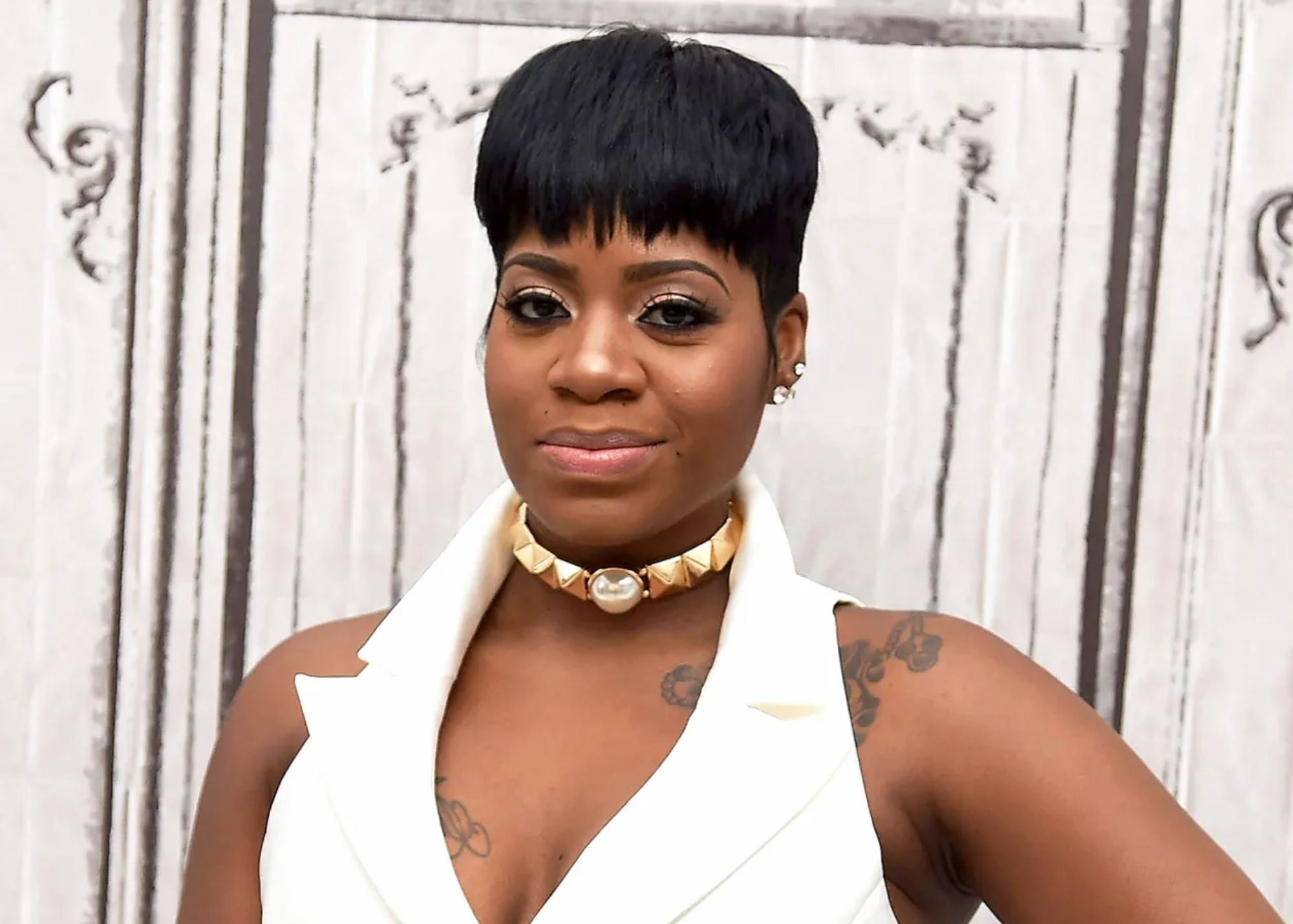 In her memoir, Fantasia Barrino disclosed that she had struggled with reading throughout her entire life and described herself as "illiterate." In her memoirs, she says that she is functionally illiterate and that she had to lie through some of the scripted parts of the talent show she won in 2004.

In her words: "I 'get by' in life, but my reading isn't what it should be. I am workin' on it. I am still not confident enough with words or letters." She added: "You're illiterate to just about everything. You don't want to misspell. So that, for me, kept me in a box and I didn't, wouldn't come out."

The R&B singer, who is only 21 years old, claims that she has signed record deals and contracts that she did not read and was unable to comprehend. But she said that the most difficult aspect is that she is unable to read to Zion, her daughter, who is 4 years old. She said, "That hurts really bad," adding that she is currently learning to read with tutors.

This is an interesting story, and you will surely understand the level of difficulty and pressure that Fantasia had to deal with. Barrino's famous "Idol" performance of "Summertime" by George Gershwin, which judge Simon Cowell once called his favorite part of the show, was a challenge for the star.

Since she didn't know the song, a page of lyrics were given to her to learn. Barrino was afraid that the vocal coaches on the show would find out that she had trouble reading, so she listened to the song until she could remember the words. This helped her give a good performance. 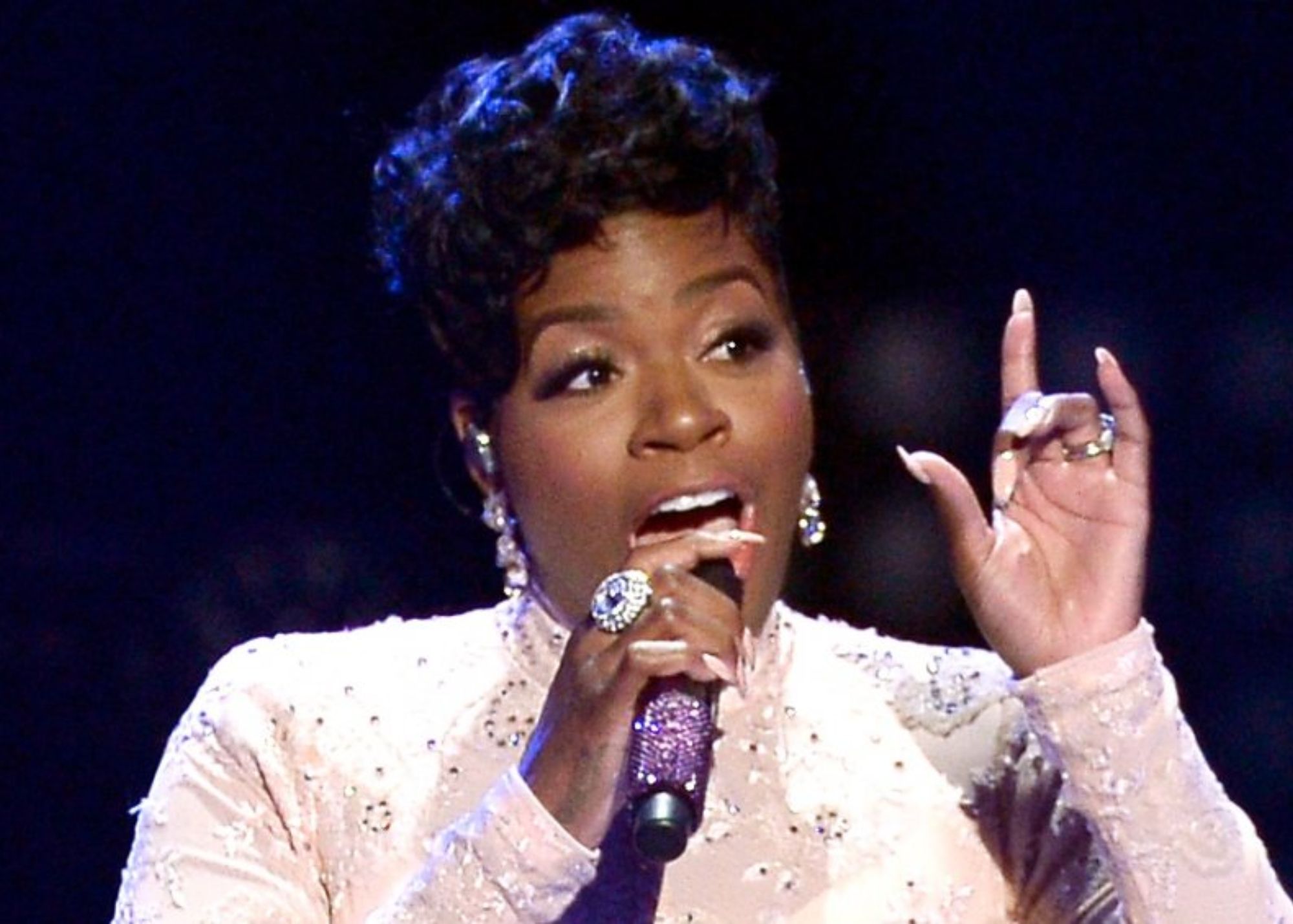 Fantasia holding a microphone while singing infront of many people

Fantasia Barrino had a daughter, Zion, three years after she left high school and started living on her own. Barrino claimed that she was abused by her ex-boyfriend and Zion's father, Brandel Shouse. Shouse was eventually arrested and charged with the alleged abuse.

"I don't talk about it a lot but the relationship that I was in was very abusive," she said, adding that she doesn't talk about it often. In court documents, Shouse was accused of "choking her with both hands" and "punching her about the face and head."

Fantasia remembered: "I looked in the mirror and I said to myself, 'Look at me. I can't see out of one eye. I have knots on my head. My lips are swollen And my little brother came to me one day and I remember he says, 'Oh, you look bad.'"

Fantasia is aware that there are a lot of people who do not comprehend how or why young women continue to stay in abusive relationships. She made an effort to explain what had brought her there in the first place. "Sometimes that abuse feels like love to you. That's all. Sometimes that's all you know," she said." Fantasia said that not long after that, she got the courage to leave him." 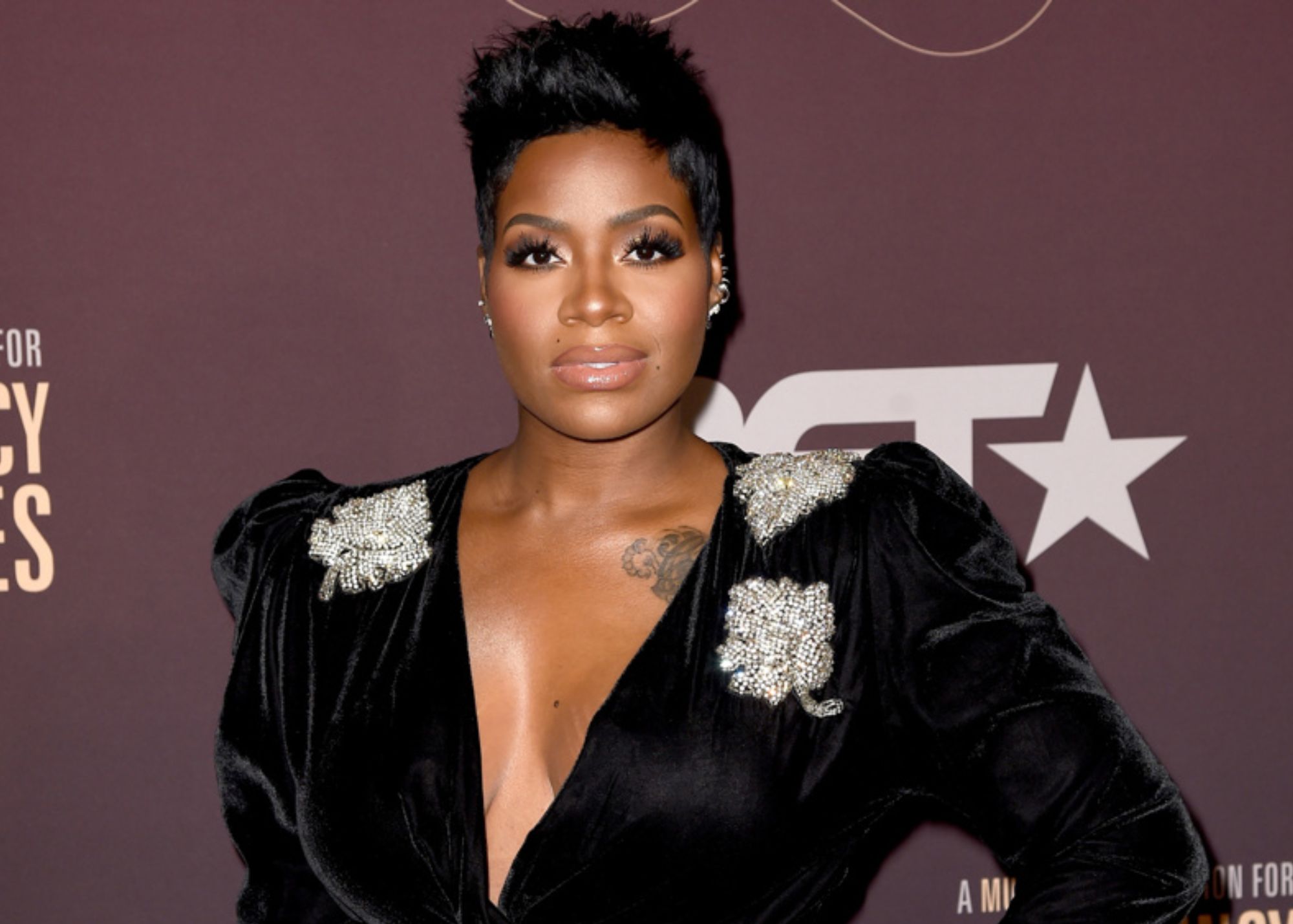 Fantasia Barrino, a frustrated singer, has given up her fancy home in North Carolina because she couldn't keep up with her mortgage payments. In the last few years, the former American Idol star's money problems have been getting worse and worse.

In 2009, she was close to losing her house. The house was put on the market last year, but she has given up trying to sell it now. Barrino has avoided going through the steps of the foreclosure process by directly handing the property deeds over to the managers of the bank.

After some time had passed, the paperwork was finally finished. In 2010, she responded to a rumor that she was "losing [her] house to foreclosure" by stating, "I've always been a hard worker and I've always busted my tail to make sure me and my family have a roof over our heads." 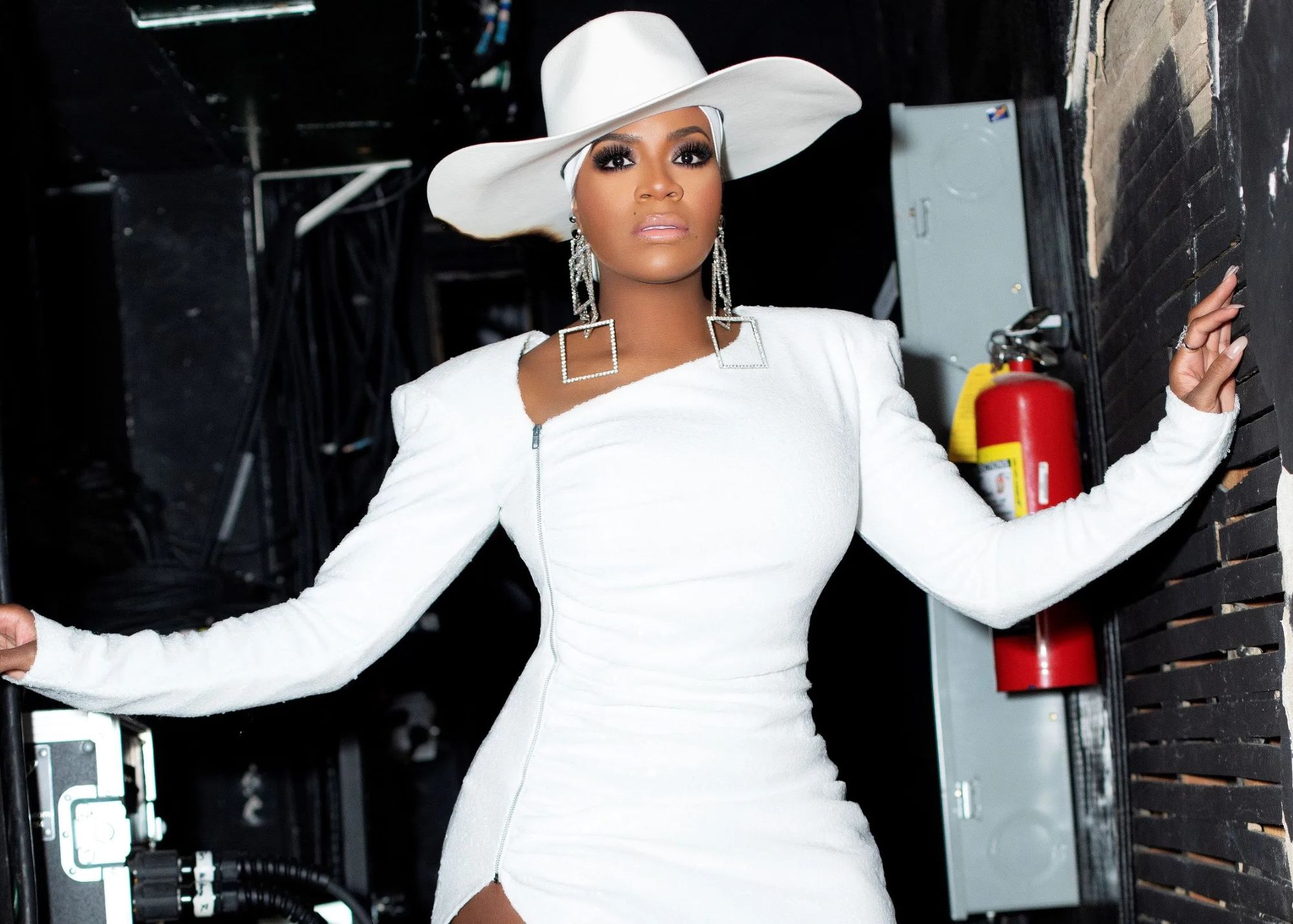 Fantasia is looking fiercely at the camera in her white dress and hat, as well as her gleaming crystal earrings

The singer, Fantasia Barrino, is estimated to be worth $5 million. The majority of Fantasia's wealth is said to come from her music career, but she has also acted in musicals, written an autobiography, and will soon appear in a film.

She's been performing ever since signing a $1 million contract with J Records and making her way across the globe with tours, TV appearances, and festival slots at both rock and R&B gatherings. A number of her singles have reached the top of the charts, and she has released six studio albums.

"I Love Fantasia. She is a Queen, A Survivor and a Winner."

"I’m so in love with Tasia as a soul sister like a person who has lived my life over again… I was team Tasia since her first day with idol not knowing her full story until later in her career that the things she been through was same as mine we share a birthday we share the same anniversary how amazing more years pass the things that happens are more of the same the only difference between us is that I’m older and she has the fame."

"I love her period since the beginning. Of her career. She such a motivational speaker now . Giving her testimony to people the word says we are over come by our testimony when we share to help someone else. I may have miss quoted it but if you know it you know what I meant."

You may also view below some of the upcoming concerts of the 2004 American Idol winner:

Fantasia Barrino, whose albums have been certified platinum, discusses her life and career in this excerpt from an interview she did with Lee Hawkins of the Wall Street Journal. In the clip, Barrino discusses her film "The Fantasia Barrino Story" and the impact it had on both of those aspects of her life.

Fantasia Reflects on How Lifetime Movie Boosted Her Career

Has Fantasia Been Hospitalized?

Yes. After taking too much aspirin and a sleep aid, the winner of the third season of "American Idol" was taken to a hospital in Charlotte, N.C., according to her manager, Brian Dickens.

What Is Singer Fantasia Doing Now?

Since she was 19 and won "American Idol," Fantasia Barrino has put out many studio albums. Her most recent one came out in 2019. The powerful singer was a guest star on TV shows like "The Simpsons" and "American Dreams." She also played Celie in the Broadway version of "The Color Purple."

What Do Kendall Taylor Do For A Living?

Kendall Taylor is Fantasia's husband. Taylor is a businessperson and the Chief Operating Officer (COO) of the courier company, Metro Transportation. In 2015, when he married Fantasia Barrino, a famous R&B singer who used to be on American Idol, he became more well-known.

We experience various difficulties in life, just like Fantasia Barrino. The ability to persevere in the face of adversity is something we can all learn from her, and it has also helped her maintain her career through some of her more trying times.