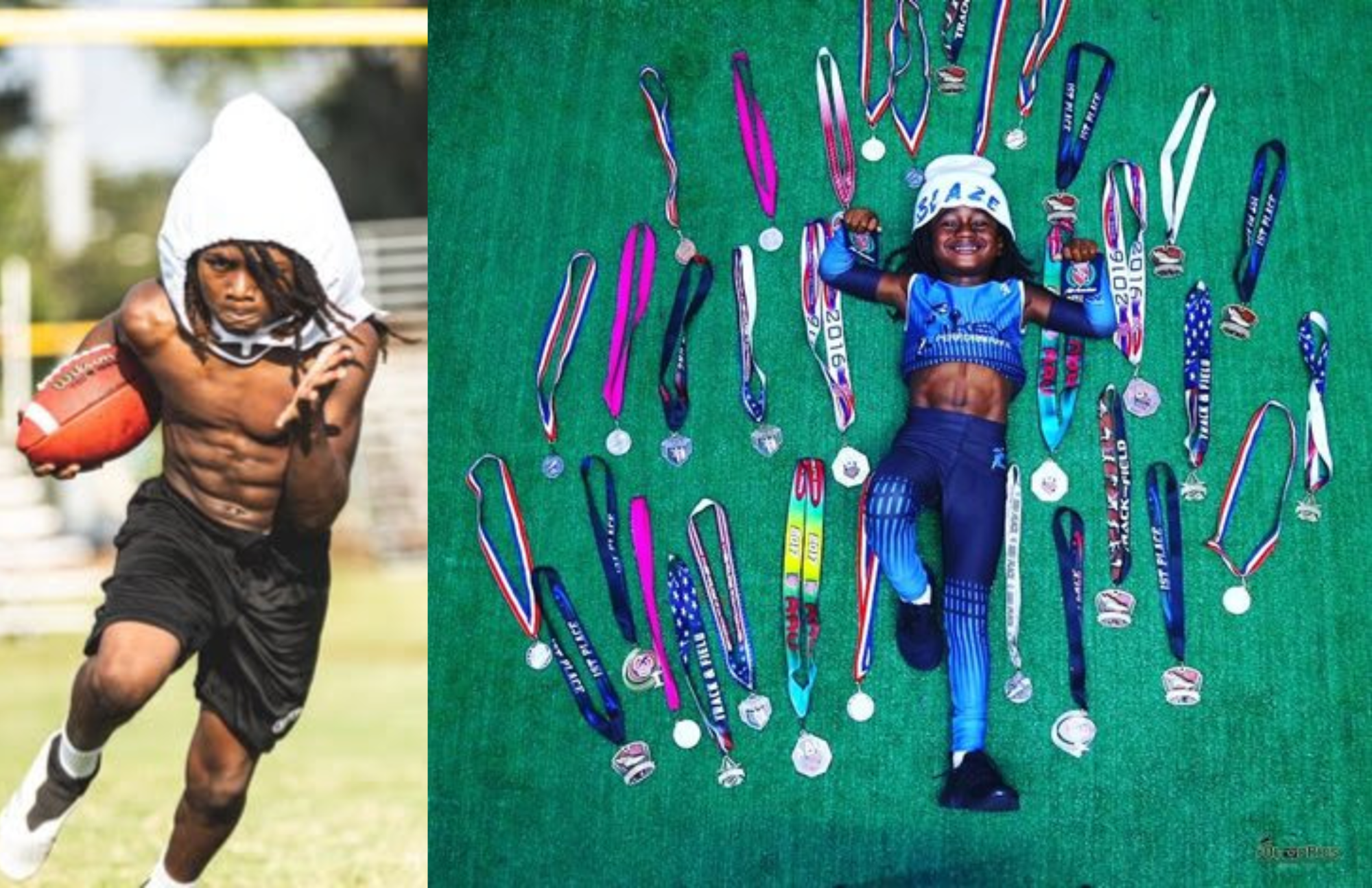 But did you know that there's a little man who was just 7 years old at the time but runs like a machine? He is referred to as the fastest kid in the world!

Don't belittle this boy, because he will amaze you after you read this whole article.

Introducing The Fastest Kid In The World

Because of the record that he established in a 100-meter race, he is also known as Rudolph "Blaze" Ingram or just "Blaze".

He finished the 100-meter race in 13.48 seconds, which was an all-time record in the United States for his age category.

The speed and skill of Rudolph Ingram have attracted a lot of people's interest. Ingram has been called "the fastest kid in the world", and he just might leave you in wonder as well.

In February of 2019, his videos began to rapidly spread across the internet, elevating him to the top of the list of internet culture overnight.

Rudolph was seen competing in a 100-meter run in a video that has since gone viral. He clocked in at 13.48 seconds, which is only a few seconds behind the times of many professional runners.

Why He Became That Fast? 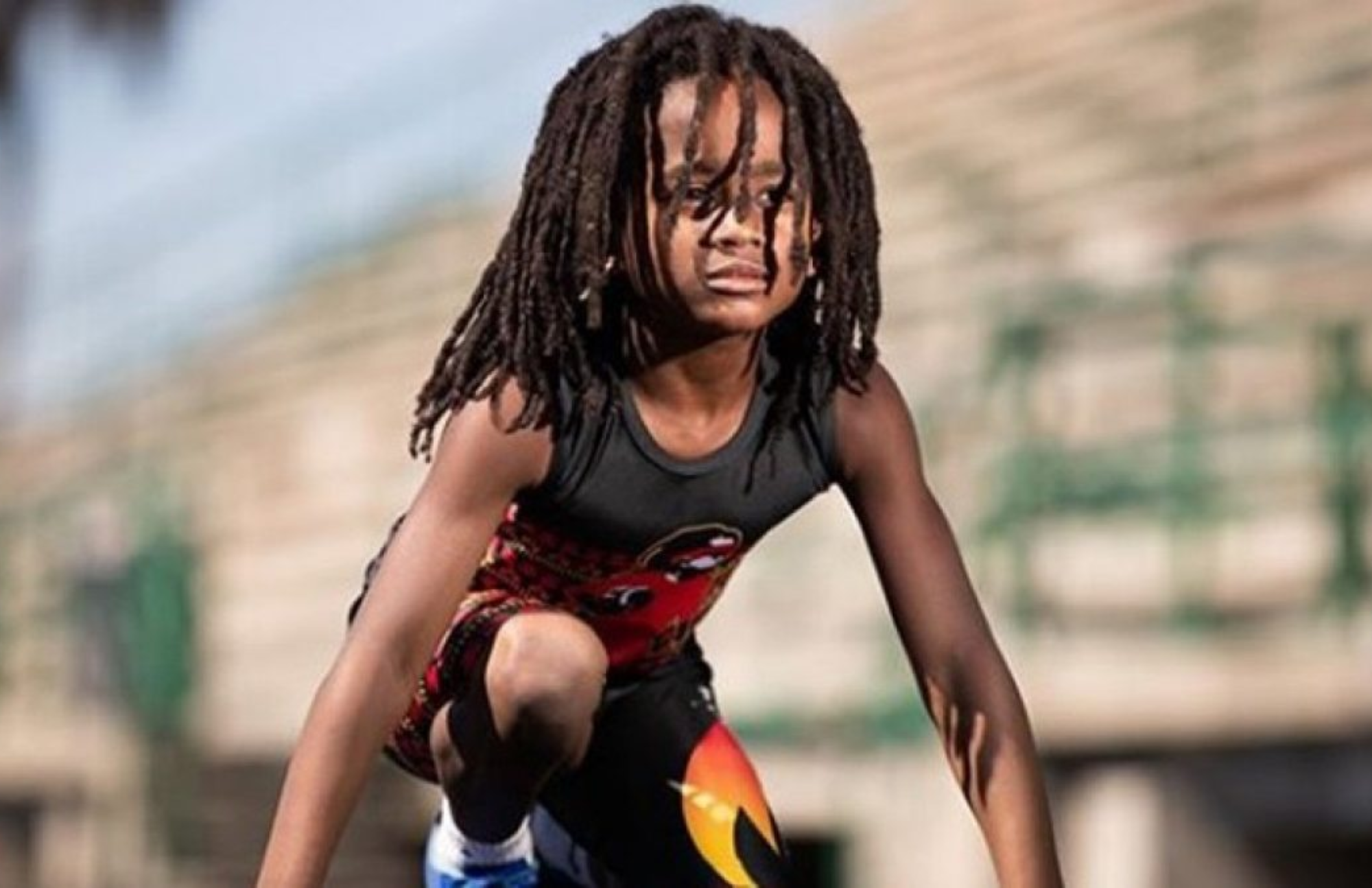 Rudolph Ingram is getting ready to run

In an interview with ABC news, Ingram's father, Rudolph Ingram Senior, stated that his son got his start in running at the age of four, after being motivated to do so by the Olympics.

I can give him all the tools to be great, but his drive and work ethic and competitive mentality, it sets the bar so much higher.

Track increases my speed, body control and running form and the training prepares me for football. Football keeps me active for track and being able to show off my track speed.

According to his coach Watson in Ravens:

At running back you can count on him to put the team on his small back and carry us to the promise land. At Safety it’s unbelievable how he can make plays in the backfield. At running back he's very fast but even more elusive. The kid has vision like I've never seen in a 6-year-old before.

Basically, Rudolph's secret to running that fast is that you should never stop training yourself. And that's true because that's what he said. Ingram stated:

“I work hard at practice to set the bar high for my teammates. I want to show them we need to give it all we’ve got. If they don’t know how to do something, I show them how to do it. I always tell them ‘You practice how you play.’”

Ingram never rests on his past achievements, no matter how impressive a game he has. He constantly strives to improve upon his previous efforts.

He is always looking for new and better ways to do things.

The consistency that Ingram demonstrates is something that touched off on his other teammates. 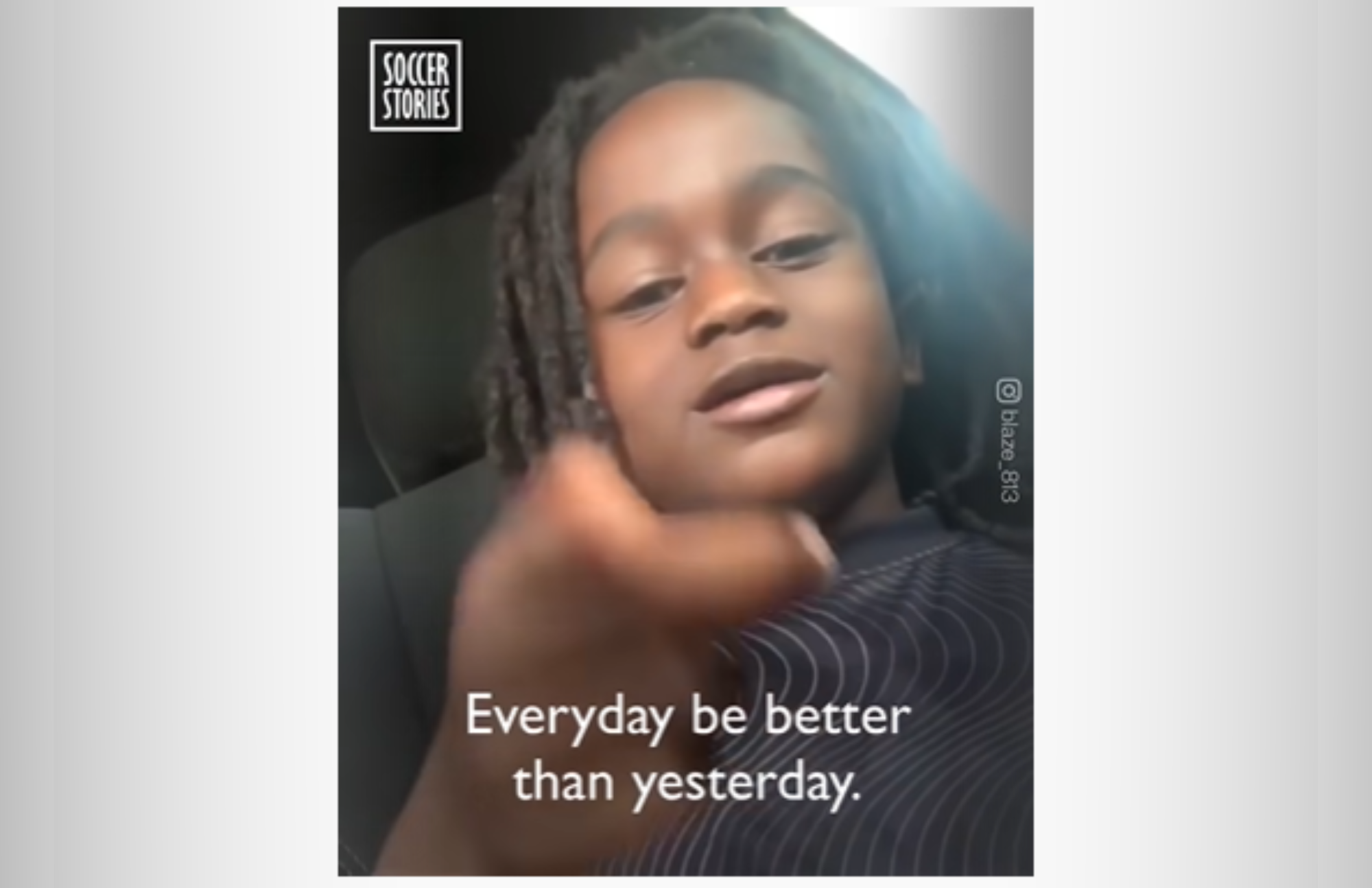 On a car, Rudolph Ingram shares his motto: "Everyday be better than yesterday"

Everyday be better than yesterday.

How Fast Is Rudolph Ingram In MPH?

It has been said that Rudolph is "the next Usain Bolt" and that he is also known as "Blaze, the Great." Rudolph has been given many nicknames.

Many people are of the opinion that he is capable of breaking Bolt's records as well.

In addition to having an impressive record over the course of his track career, Rudolph is also a highly-skilled football player and a member of the Tampa Ravens Football Organization.

In spite of the fact that he plays two different sports, he has distinguished himself greatly in football, earning both the Most Valuable Player (MVP) award and the Heisman award.

In addition to competing in sports, Rudolph is also a social media star on Instagram, where he has gathered more than 400,000 followers.

He frequently shares photographs on his social media accounts, documenting his athletic competitions, training sessions, and outings with his family.

The rising star won a total of 36 medals, including 20 gold medals, across the two most recent national championship competitions held by the Amateur Athletic Union. It would appear that Rudolph's sporting fame has transferred over to his Instagram account as well, and as a result, he is now recognized as a social media influencer.

It would appear that Rudolph's sporting fame has transferred over to his Instagram account as well, and as a result, he is now recognized as a social media influencer.

His videos on Instagram have attracted the attention of a number of famous people, including LeBron James, Mike Evans of the Tampa Bay Buccaneers, and other notable figures.

Rudolph successfully tackled NFL heroes Matt Jones, Tarik Cohen, and De'Anthony Thomas in a video that was posted not too long ago.

On the other hand, LeBron James praised his ability to switch on defense and impress with his defensive play.

How Fast Should A 7-Year-Old Run?

Is It Okay For A Kid To Run Everyday?

It is strongly recommended by professionals in the field that the weekly training distances not exceed two times the longest possible competition distance. Therefore, if they intend to compete in a 10K race, children in middle school should limit themselves to running no more than 12.8 miles in a single week. Running shouldn't be done more than three times a week for children under the age of 14.

What Is The Best Age To Start Running?

When Is It Safe For Children To Start Running - What Age Can Kids Run Long Distance?

Don't underestimate this young kid, as previously mentioned above. Rudolph Ingram has an incredible body for someone of his age, in addition to an incredible ability to sprint that quickly. This young athlete is such an inspiration for many other young athletes all over the world because he even lifted up his team in every game and completely dominated their opponent.