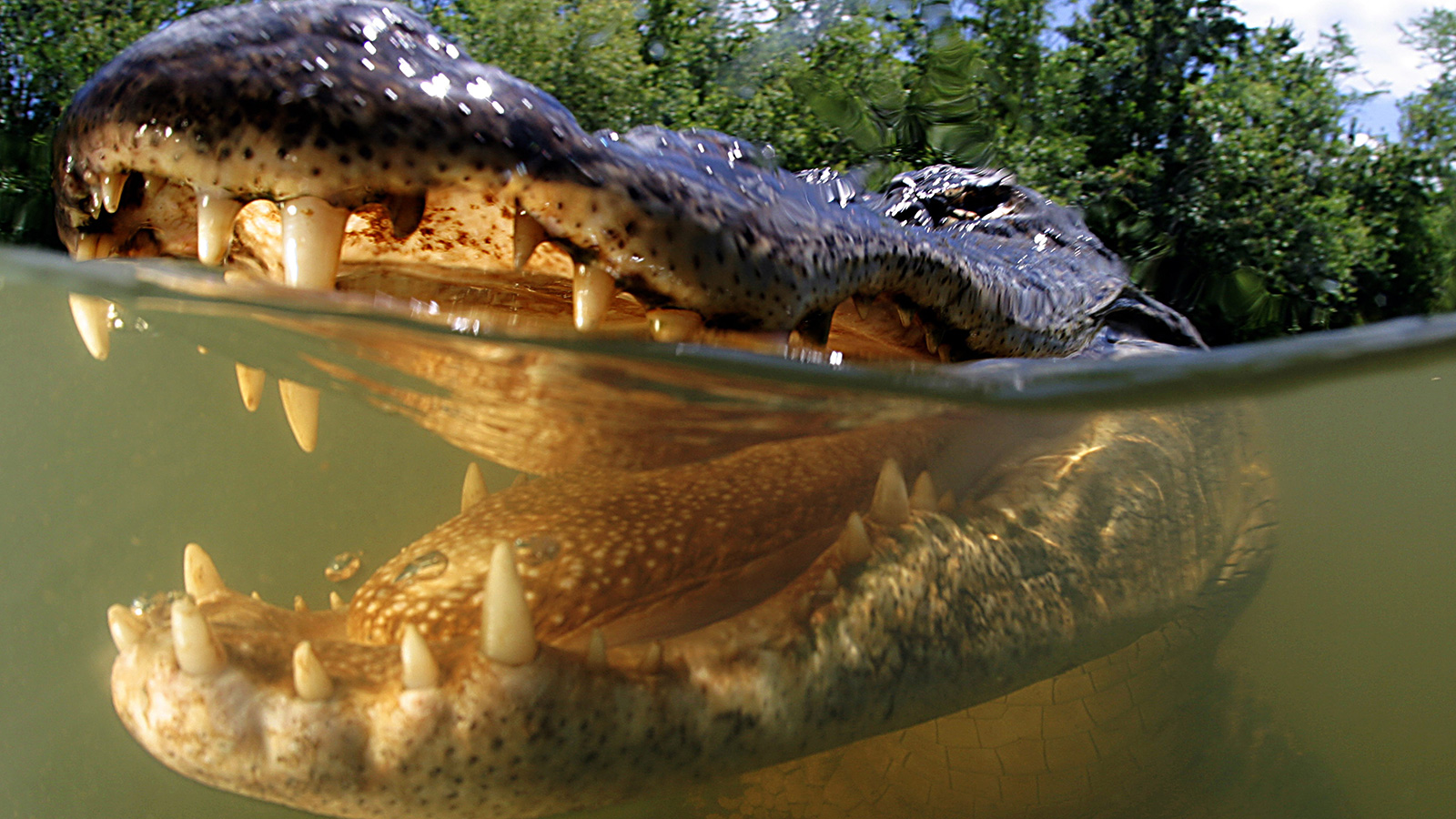 According to the Florida Fish and Wildlife Conservation Commission, the alligator attacked the 34-year-old as he was swimming in Lake Thonotosassa. Then, that Florida man is hospitalized after an alligator attacks him. 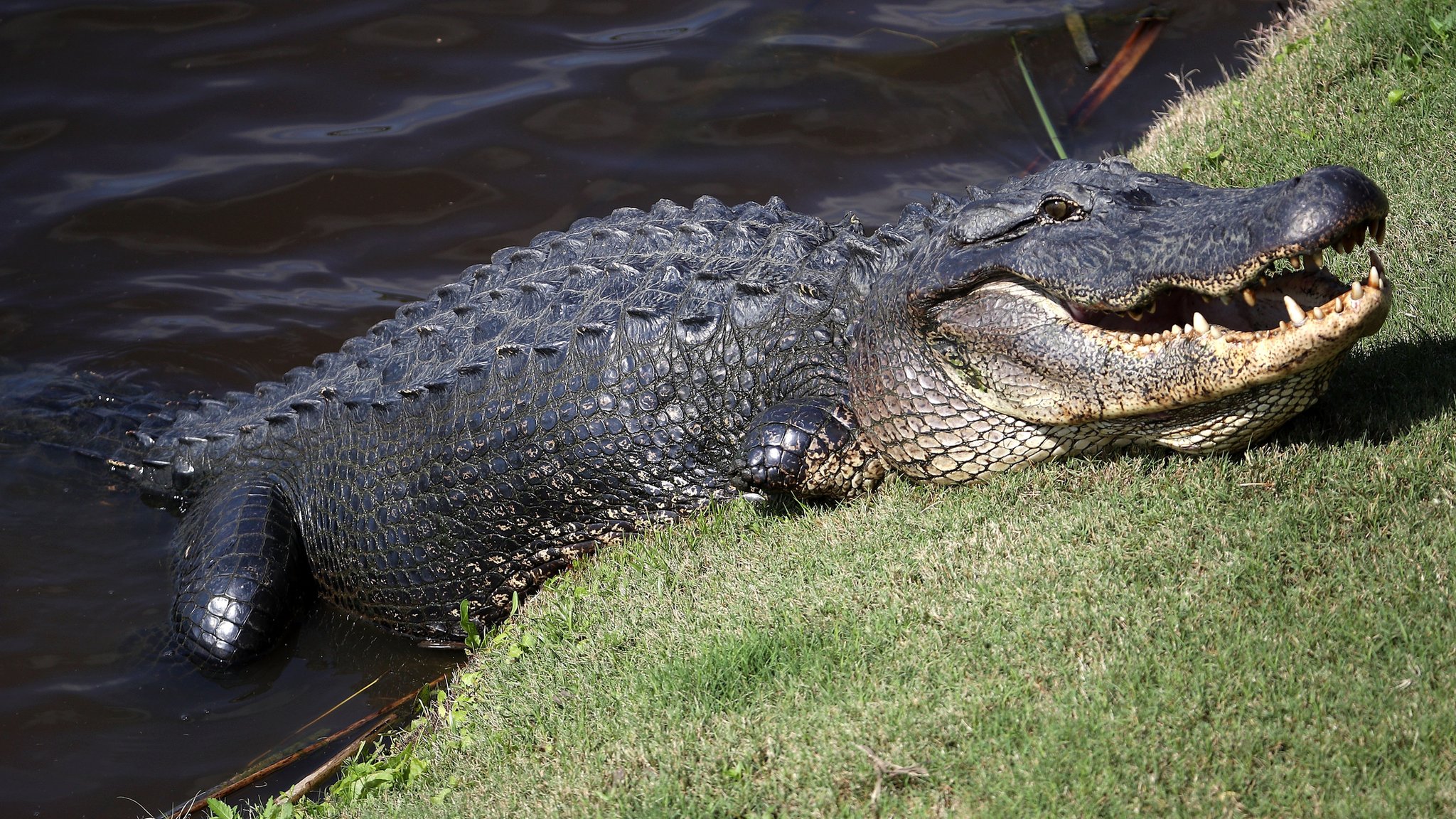 The alligator attacked the Brandon resident, Juan Carlos La Verde on Wednesday (3 August) afternoon as he was swimming in Lake Thonotosassa, according to a statement from the Florida Fish and Wildlife Conservation Commission (FWC).

Hillsborough County contains Lake Thonotosassa, which is around 30 minutes from Tampa.

According to a story from USA Today, Hillsborough County Fire Rescue transported the 34-year-old to Tampa General Hospital for treatment.

Melody Kilborn, Southwest Region public relations officer for Florida's Fish and Wildlife Conservation Commission, said in a statement that the man was attacked on August 4 at 3:45 p.m. in Lake Thonotosassa, near Tampa.

The FWC says that after the event, a nuisance alligator trapper was sent to the area.

The commission has not provided specifics regarding La Verde's injuries as of Tuesday (9 August 2022). An inquiry by the FWC is still in progress.

According to the Florida Fish and Wildlife Conservation Commission, all 67 counties in Florida are home to over 1.3 million alligators.

At least three people, including two from Florida, have died at the hands of alligators in the year 2022 alone.

Thomas McGuinness, 47, passed away in May after being bitten by an alligator while allegedly looking for frisbees in Taylor Lake in Largo.

According to USA Today, an 80-year-old woman was killed in an alligator attack in July 2022 after falling into a lake on a golf course close to her Florida home.

A third person was killed in Myrtle Beach, South Carolina, after being attacked at a nearby retention pond. 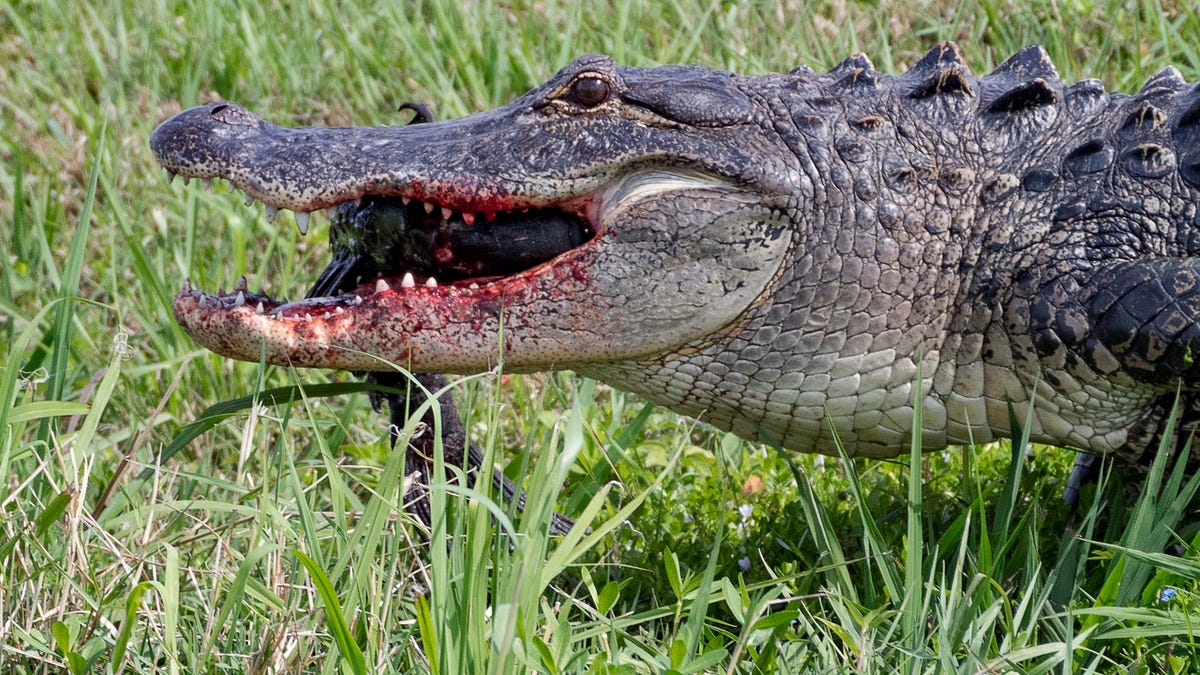 An alligator eating an animal

How Common Are Alligator Attacks In Florida?

Alligators are known to live in Florida, and people often see them near their homes, on golf courses, or on the roads.

"With how many people there are and how many alligators there are, it's really surprising it doesn't happen more often," said Frank Mazzotti, professor of animal ecology and member of the "Croc Docs" at the University of Florida, to USA TODAY.

The Fish and Wildlife Conservation Commission reported that this (Florida man is hospitalized after an alligator attacks him) is the state's bloodiest alligator attack year since 2006.

A fact sheet that was updated last year (2021) says that there are usually eight alligator bites in Florida each year that are bad enough to need medical attention. The chances of a resident of Florida getting one of these bites are one in 3.1 million.

Data from the FWC shows that an alligator attack in Florida had not been fatal since 2019, prior to 2022.

The last time Florida experienced two or more fatal attacks in a calendar year was in 2006, which was 16 years ago.

Florida is home to over 1.3 million alligators, according to the FWC website.

Nearly 9,500 nuisance alligators that were at least 4 feet long and "a threat to people, pets, or property" were put to death throughout the state in 2021.

The FWC seeks "to proactively address alligator threats in developed areas while conserving alligators in areas where they naturally occur" as part of the Statewide Nuisance Alligator Program (SNAP). 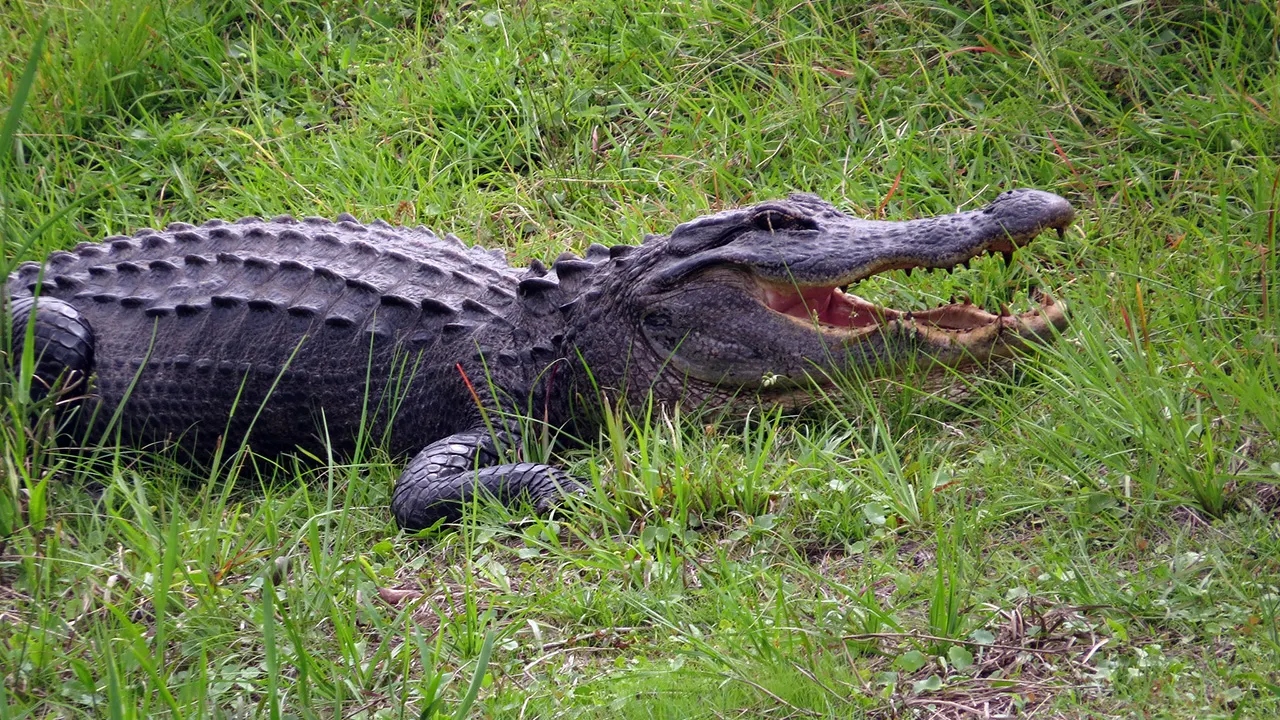 An alligator on the grassy ground

How Often Do Alligator Attacks Occur?

Alligator attacks are extremely uncommon, even in Florida and Louisiana.

The Louisiana Department of Wildlife and Fisheries says that licensed hunters kill more than 1,000 alligators each year that are a "danger to pets, livestock, or humans." However, most reported attacks in the state are just encounters.

The Florida Conservation Commission says that between 1948 and 2021, there were an average of six unprovoked alligator bites per year in Florida. This adds up to a total of 442 bites.

26 of those bites resulted in death, making one fatality occur almost every three years. The Florida Commission says that there is a 1 in 3.1 million chance that an alligator will attack a Florida resident for no reason and cause serious injuries.

For comparison, in Yellowstone National Park, you have a higher likelihood of being attacked by a grizzly bear.

According to Mazzoti, drowning in water is a lot more likely than being attacked by an alligator.

What Should I Do If An Alligator Is Nearby?

Although uncommon, alligator attacks do occur. In the spring and summer, alligators often reproduce and search for new habitats, so there may be an increase in alligator activity.

The good news for people is that alligators naturally distrust people and will normally retreat when confronted, according to Texas Parks and Wildlife. Alligators "don't regard humans as either a threat or as food," continued Mazzoti.

Alligators may, however, be more likely to approach humans if fed by one, which is why it's prohibited in many jurisdictions to do so.

Although alligators won't attack unless they feel threatened or cornered, being around people in the water may tempt them.

According to Mazzoti, an alligator will get interested in splashing in the water, and if it thinks there is something smaller and weaker in the water at that moment, it may attack it.

"Anytime you show up next to water, you're assuming some risk... Don't tempt it."

How To Survive A Alligator Attack?

According to Texas Parks and Wildlife, an alligator should be kept at least 30 feet away at all times.

Although it is exceedingly unlikely that an alligator will chase after a human, they are capable of running up to 35 mph briefly.

University of Florida experts say that if an alligator is coming after you, you should run straight ahead.

According to experts, you should jab an attacking alligator in the eyes and kick and strike it in the head.

By shoving things into the back of a gator's mouth, you can make it gag. When the gator tries to relocate the prey in its mouth, you have an opportunity to get away.

If you are attacked, Mazzoti said, "If you should be attacked, fight like your life depends on it because it does."

How Many Gator Attacks In Florida Per Year?

According to statistics on alligator bites, there have been three significant alligator attacks each year on average in Florida since 1948.

Where Are The Most Alligator Attacks In Florida?

The places where alligator attacks are most likely to occur are Tampa, Sarasota, Orlando, Fort Myers, and Jacksonville.

How Often Are Humans Attacked By Alligators In Florida?

A science news website called Inside Science reports that gator bites in Florida "have been on the rise, increasing from an average of just one every three years between 1988 and 1999 to about seven per year between 2000 and 2016."

Alligator attacks are uncommon, and the chances of being killed by one are even smaller. Alligators are naturally wary of humans, yet they will attack if necessary.