Florida Man Marrying Goddaughter And People Are Furious About It 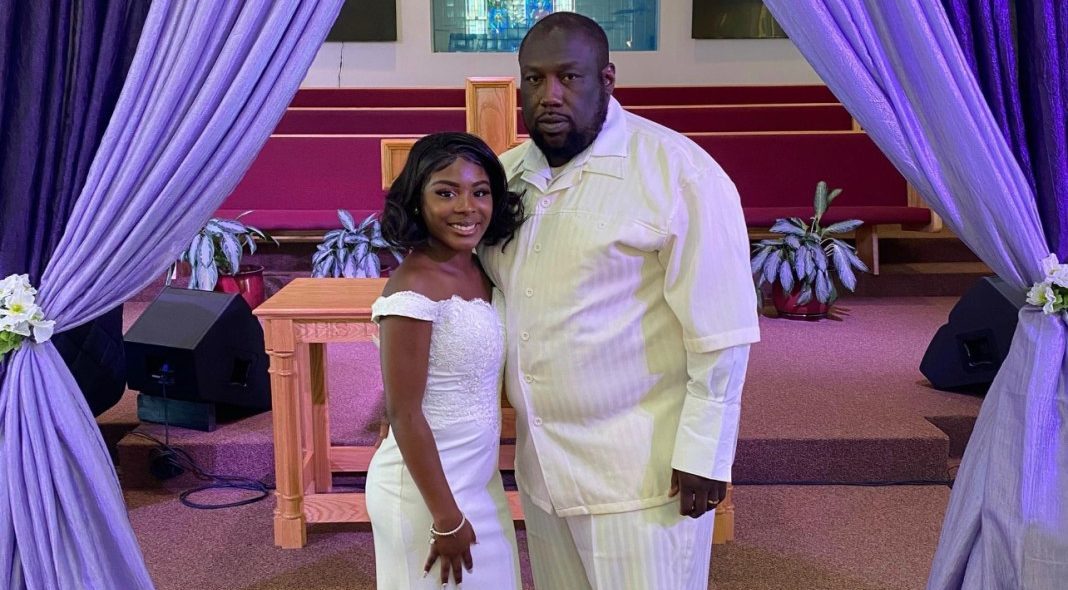 A Florida man marrying goddaughter, who is almost 18 years old, is facing a backlash on social media.

Despite Deja Haugabook's age and purported family background, Michael Haugabook, 61, married her. After getting criticism on Twitter on Florida man marrying goddaughter, Deja put up a video on Facebook begging people to stop calling her husband a predator and mind their own business. One of the tweets that triggered the online discussion was as follows:

"You guyssss!!! This girl is 18 and she just married her Godfather who used to date her mom. He’s 46 or 47. They have a 2 year old daughter and he has 3 other kids. He’s been dating and grooming her since she was 14. I’m sick to my stomach."

One says, "She’s probably been groomed by him for YEARS. Based on her fb lives she’s fully brainwashed, unfortunately she probably won’t wake up until she’s older, if ever. We don’t talk enough about how pedos are allowed to roam freely in the blk community and ruin black girl’s lives."

Deja used social media to "explain" her decisions in response to all of the criticism. She declared that she preferred being with a reliable, well-organized partner.

People love to call me a child because im 18 first of all i am grown asf i take care of all 4 of my kids work fulltime have 4 cars paid in full and stay home with my man we only go out every so often ian got the time or energy to deal with none of you hoes that got sum to say bout lil dej yall mad cause im poppin my shit will forever pop my shit and go continue to pop my shit see the difference between me and most hoes i know what i want and i got it most you hoes chasing niggas down and riding around with hoes that wanna fuck the same nigga as you meanwhile my circle real fuckin small and ion go out unless it's with my husband so you hoes continue to hate on THE REALEST BITCH because i am a QUEEN not a PEASANT.

They have to talk about me since I appear to be the only N*gga in this town to have married a young woman. You tiny girls seem to be envious of my wife, but please keep promoting us; I appreciate it.

Who Was The Man Who Married His 18-Year-Old Goddaughter?

Michael Haugabook was the man who married his 18-year-old Goddaughter.

How Old Was When Her Married His Goddaughter?

He was 61 years old at the time of the wedding.

How People Reacted To An Old Florida Man Marrying His Goddaughter?

People were very furious about it. There were two reasons for that. First, he was almost 61 but marrying an 18 years old girl is not acceptable. Second, he was his Godfather first. So, how could he do this?

A florida man marrying goddaughter and people are not happy with this. People began to wonder what role Deja's parent(s) played in all of this, and there is a video of her mother confessing that she lost her daughter to drug abuse when she was very young.