Forbidden Spells Meme From Iconic Movies Of All Time 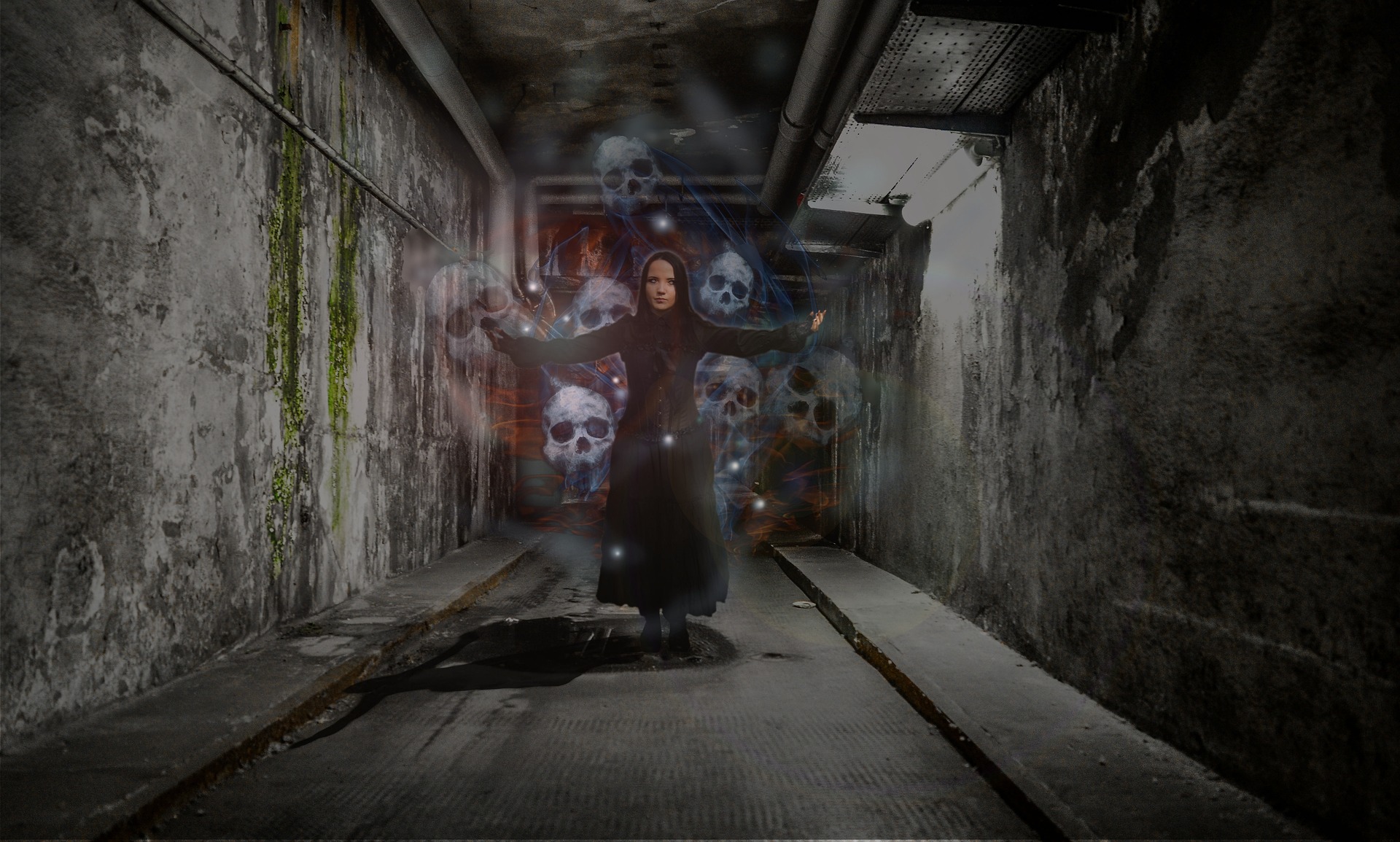 Forbidden magic spells are magic that changes a person's mind and overpowers them to the will of the caster. Forbidden means not permitted, so we have an idea that a forbidden magic spell is something that is harmful to use because it is not permitted in the book of black magic and witchcraft. However, people nowadays transform this scary scene into a hilarious scene through the forbidden spells meme.

Here are some of the examples of the Forbidden Spells meme. Some of the memes come from iconic movies that you might have watched. 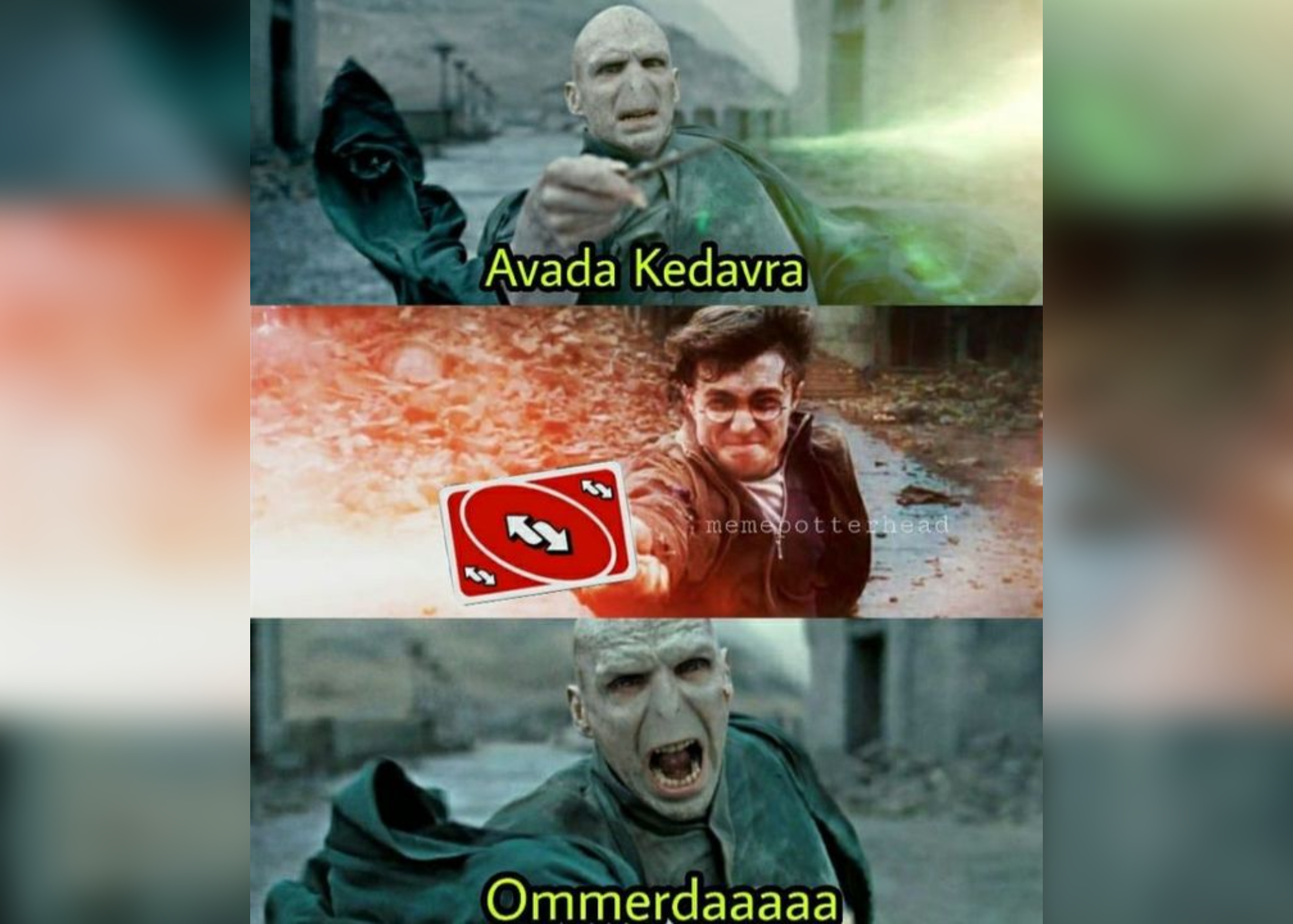 The Killing Curse, also known as Avada Kedavra, was one of the three unforgivable curses and a tool of the Dark Arts. When the curse was successfully cast on a living person or creature, it killed them instantly and painlessly, without hurting them or leaving any sign of violence. When the Killing Curse was cast, it was accompanied by a bright flash or jet of green light and a loud rushing sound.

In this meme post, Harry Potter uses the forborne spell "Avda Kedavra" to summon Lord Valdermort, but hilariously uses one of the cards in "Uno", known as the "Reverse" card. A reverse card can reverse the direction of play. 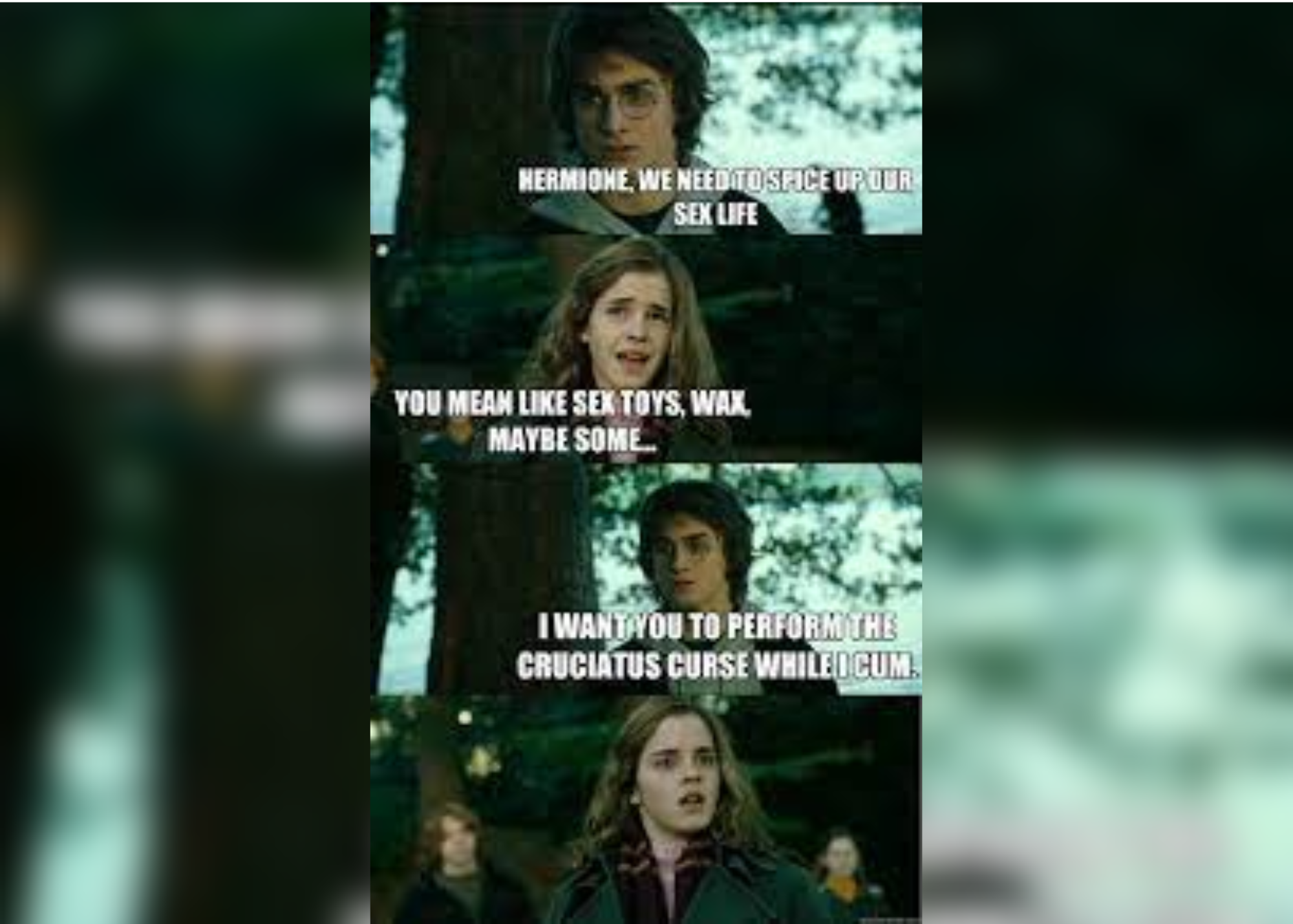 The Cruciatus Curse, which was also called the Torture Curse, was one of the three unforgivable curses and a tool of the Dark Arts. When the curse was put on a person or other living thing, it caused intense, excruciating physical pain. If the victim had to deal with it for a long time, it would drive them crazy. 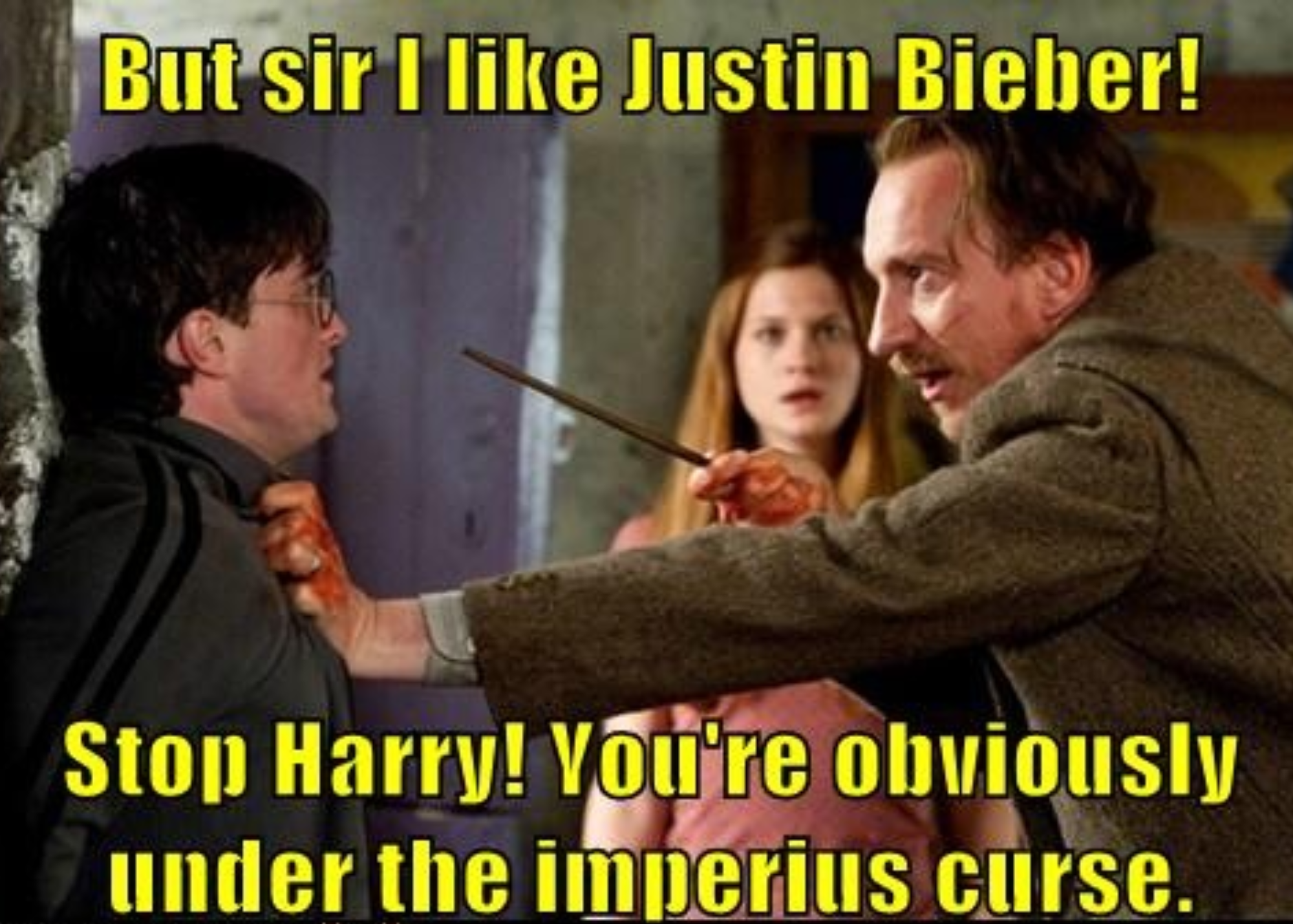 The Imperius Curse is the most unusual of the three forbidden spells in Harry Potter. If the curse was successful, it put the victim completely under the control of the person who cast it, but a person with a very strong will could fight it. A person who was under the curse was said to be perishing.

The meme depicted Harry Potter and his teacher, Remus Lupin, who was threatening him while holding a wand."But sir I like Justin Bieber! Stop Harry! You're obviously under the imperius curse," the meme said.

In this movie, Lupin showed people how important it is to face their fears with a mix of fun, sincerity, and a little bit of mischief. He's the one who taught Harry how to concentrate hard enough to do a Patronus charm, which Harry then taught to the other students after Lupin was forced to quit teaching. 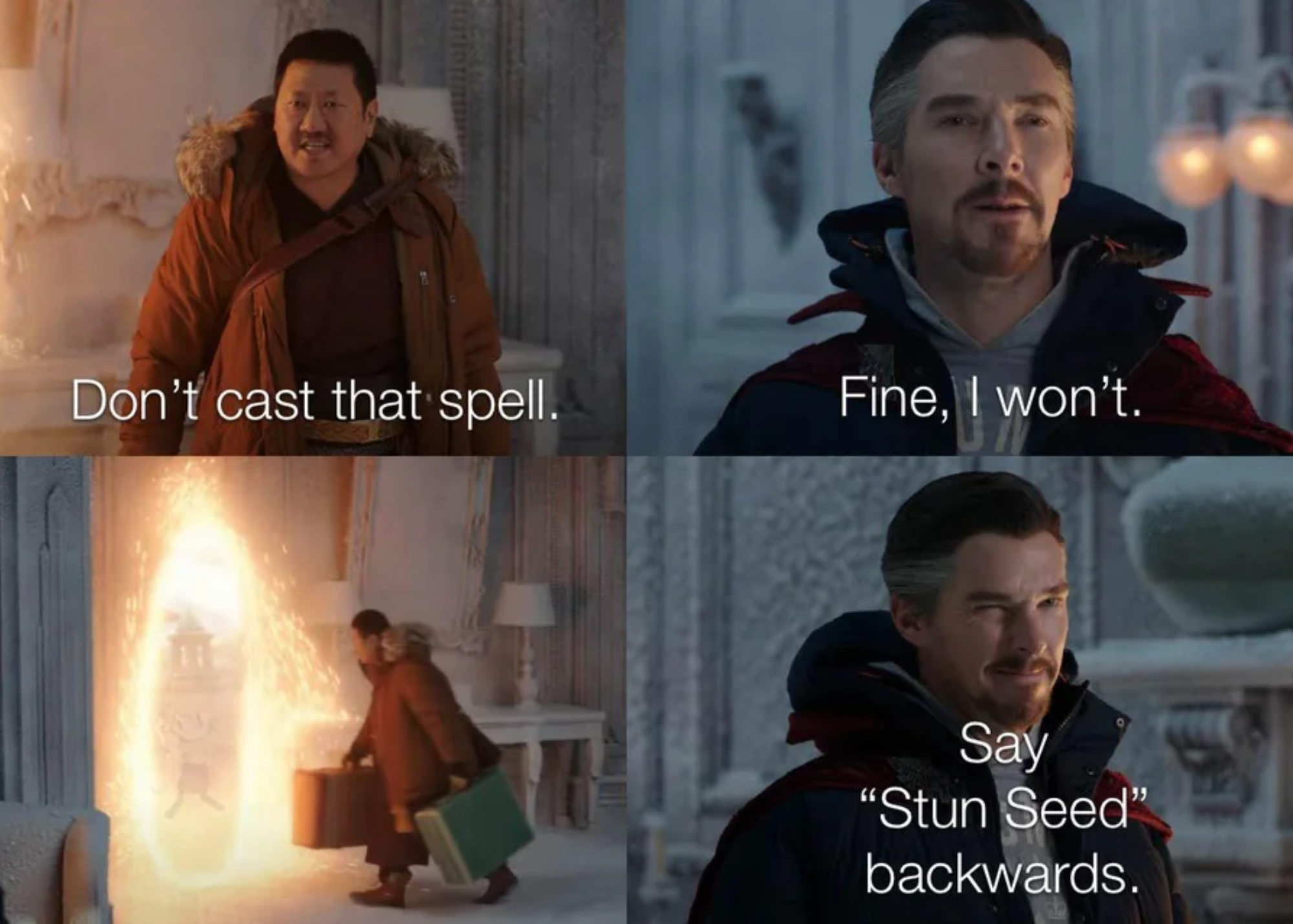 The meme showed Dr. Strange and and his friend, Wong who uses a magic to enter another place and time

Stephen Strange is a conceited and egotistical surgeon who lost his hands in a horrible car accident caused by his own carelessness. Later, he is changed into a Master of the Mystic Arts, which gives him incredibly strong magical skills that let him cast many spells with skill. Strange has been able to use his spells to attack and defend in many different ways. For example, he has been able to bind his enemies and make shields and barriers that are hard to break through.

In this meme, Wong, a sorcerer's supreme, is requesting Dr. Strange to not use and cast a spell. But Dr. Strange said: "Say Stun Seed backwards." When reading backwards, it will read as "dees (deez) nuts."

These are a man's two most valuable things and a sign of his manhood. Most of the time, the phrase "deez nuts" is used to show off how good one's genitalia are, either to get a good laugh or to make someone mad. This meme was shared by a member of the Reddit community. The user is named u/Polibiux, who accumulated 149 upvotes.

What Is Forbidden Spell?

Forbidden Magic is a sort of magic that has been forbidden, as the name implies. Forbidden magic is a large umbrella phrase with a well-defined meaning. Forbidden magic usually means necromancy, hemomancy, and magic that changes the mind of a creature and makes it do what the caster wants.

What Are The Three Forbidden Spells?

Is Avada Kedavra A Forbidden Spell?

Avada Kedavra, along with the Cruciatus and Imperius Curses, is regarded as one of the most horrible curses in the magical world, known as the Unforgivable Curses; using any of the three on another witch or wizard is punishable by life in Azkaban.

Thank you for your time! You can post it on social media and see how your friends react who enjoy watching movies with magic and sorcery.