Free Hotel Room In Ibiza But Everyone Can See You 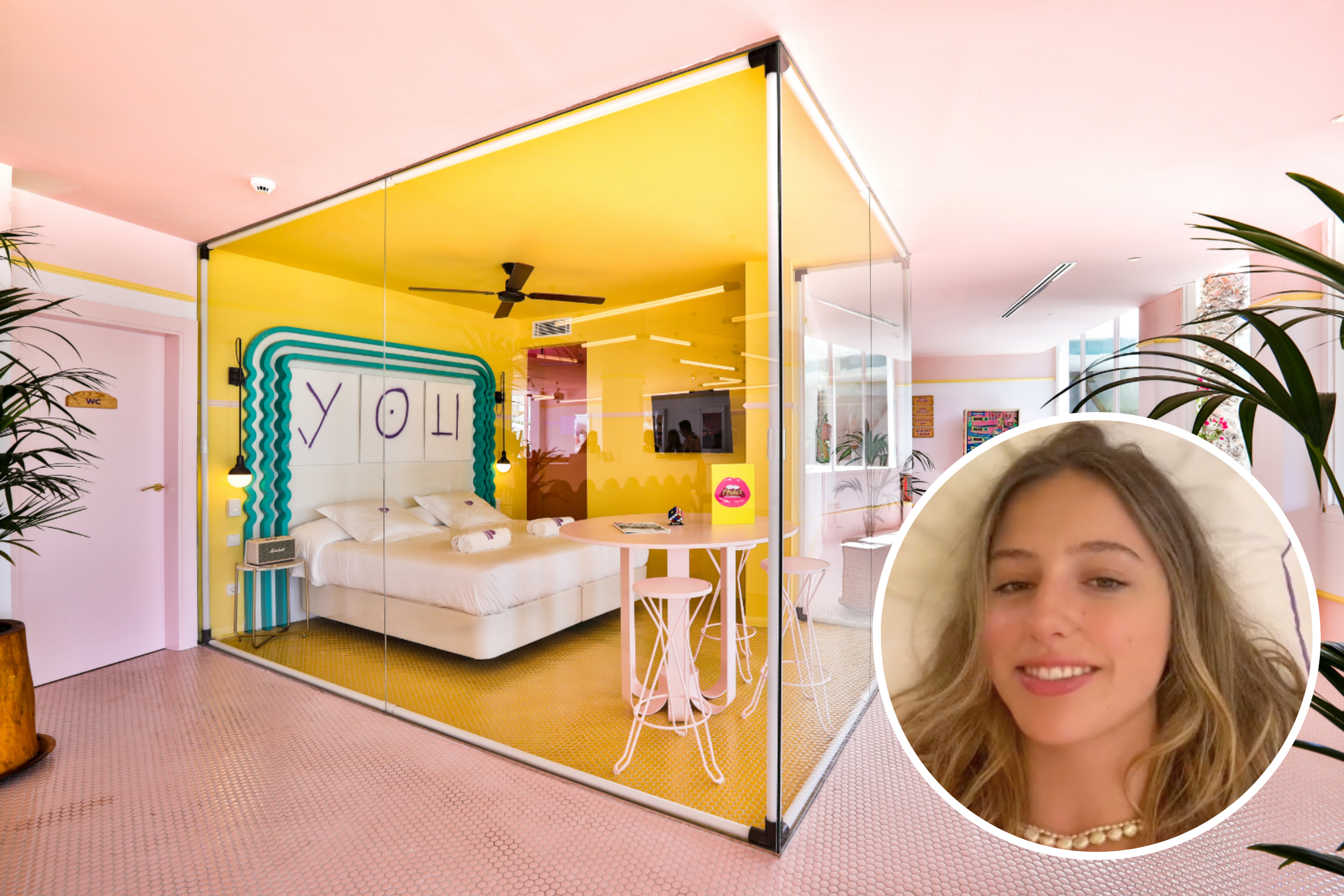 Have you heard about this free hotel room in Ibiza?

Yes! you heard it right. You are welcome to use this hotel room at no cost. But before you make your reservation, there is one small thing that you need to be aware of.

The Zero Suite at the Paradiso Art Hotel in Ibiza will not charge you for your stay; however there is one huge catch: the room's walls are made of glass, so other guests will be able to see you.

There is one minor issue you should be aware of before visiting Ibiza, which is well-known for being a music destination. 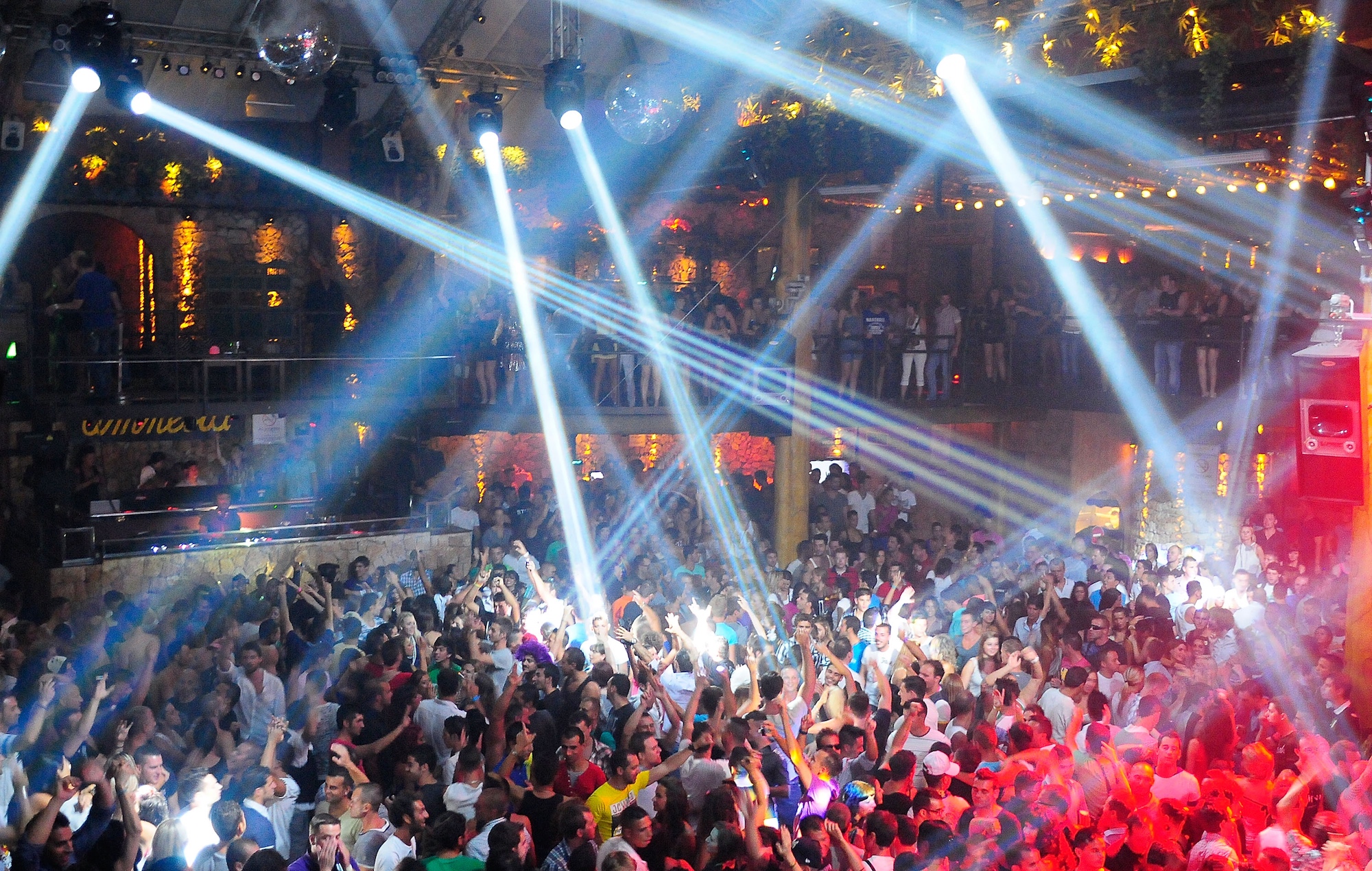 A night party in Ibiza packed with tourists

The island is a hallowed ground for clubbers because of the crème de la crème of renowned DJs. It's a haven for music aficionados, socialisers, and party goers alike - pure nirvana.

With all the buzz around this Spanish island, there is more to it than just its party culture. It also has wonderful beaches, stunning scenery, delicious restaurants, and amazing architecture.

Ibiza has been designated as a UNESCO World Heritage Site because of its architecture, coastline, and marine life.

The water around the island is exceptionally pure because of the presence of Neptune grass, a type of seaweed that prevents the water from becoming cloudy and keeps it sparkling.

Ibiza is home to 57 distinctive beaches.

The name of the island should be pronounced as "Esvissa".

Ibiza is the largest island in the Balearic group after Mallorca.

Pacha is Ibiza's oldest club, having opened its doors for the first time in 1973.

Ibiza is visited by over 6 million people every single year.

The Hard Rock Hotel in Ibiza is home to Sublimotion, which holds the title of most expensive restaurant in the world. It costs 1,500 euros for each individual.

Ibiza experiences year-round temperatures that are consistently higher than 20 degrees Celsius for more than eight months out of the year.

On the island of Ibiza, there are a total of six "mega clubs." Pacha, Space, Amnesia, Privilege, Eden, and Es Paradis are the names of these venues.

Ibiza has sunshine for an average of 10 hours each day, 300 days out of the year.

Privilege Ibiza is the largest nightclub in the world; it has the capacity to host up to 11,000 partygoers at once and comes complete with its very own swimming pool.

In 2007, the government of Ibiza mandated that all newly built hotels on the island be at least five stars.

The first people to settle on Ibiza gave the island its current name, Ibiza, but they initially called it Ibozzim and dedicated it to Bes, the God of music and dancing.

Since it made its debut on the Ibiza hotel scene one year ago, the Paradiso Ibiza Art Hotel has been wowing tourists with its uniqueness and creativity thanks to the fact that it is very different from other hotels on the island. 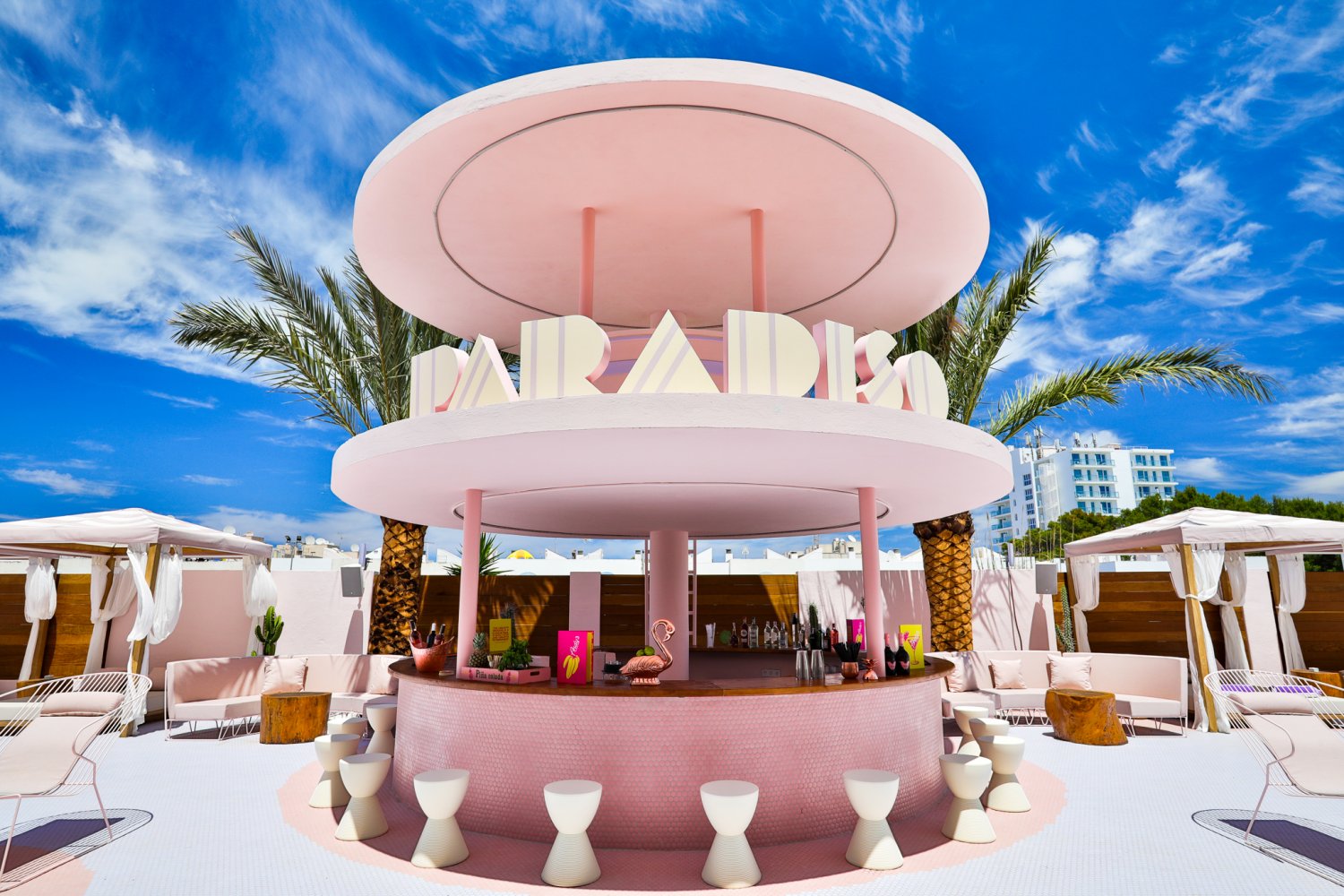 It goes above and beyond simply providing comfortable beds, cooling systems, and the all-important internet connection. It is a venue for entertaining activities that are both fun and hip, in addition to art.

We went along there to stay as guests and check out the art-deco wonder that has become Ibiza's new hotel sensation. During our time there, we also took a look around the surrounding area.

When you arrive at this hotel, the design will be the first thing that catches your eye. Giant pink fantails sprout from the twin towers at each end of the hotel, which are reminiscent of a design movement known as MiMo that originated in Miami.

It is glamorous, fashionable, and unlike anything you have most likely ever seen before in your life.

Indeed, the hotel makes much of this design movement, right down to the pastel colors that dominate, namely lavender and lots and lots of pink, a color associated with quirkiness, creativity, and rebellion.

You'll see the latter in things like the space-age and retro red seating in front of the reception desk and the free in-house magazine, "Rock House."

The name of this hotel gives away its uniqueness: art is virtually everywhere. The overwhelming number of modern art on the walls provided us with our first insight into how art in general has been integrated into the hotel as soon as we walked in.

We enjoyed the art library's combination of excellent art, amusing, and risqué titles. There are books on fine art and photography, as well as one on the history of nudes and one with homoerotic fetish drawings - the owners clearly have a sense of fun as well as flair.

And, of course, there's the Zero Suite. That's the glass-walled hotel room where any guest can spend the night for free. What happens is that you transform into a live art piece - don't worry, the restroom is private. 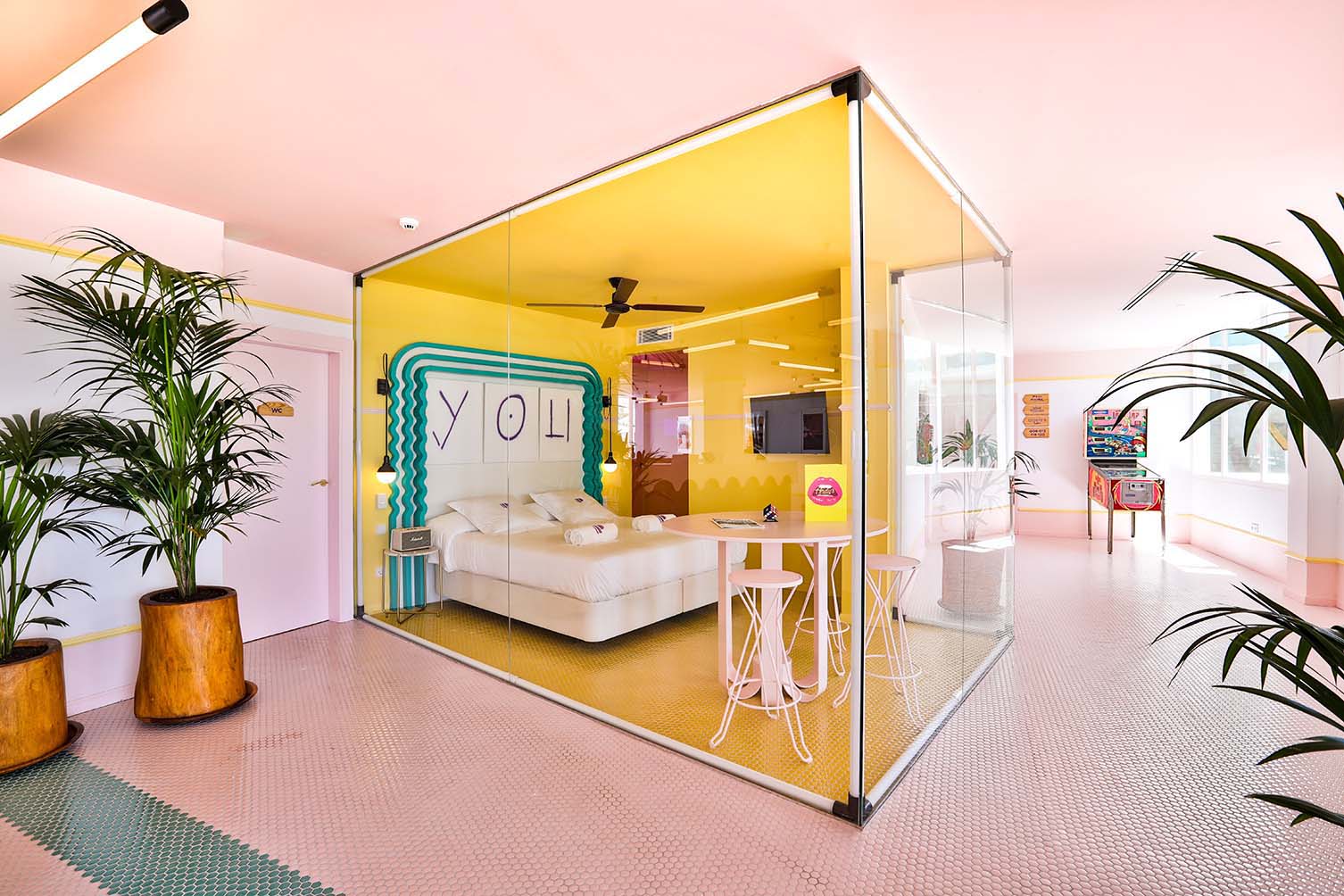 The Zero Suite at Paradiso Art Hotel is a room with see-through walls that, according to the hotel, is "not suitable for wallflowers." 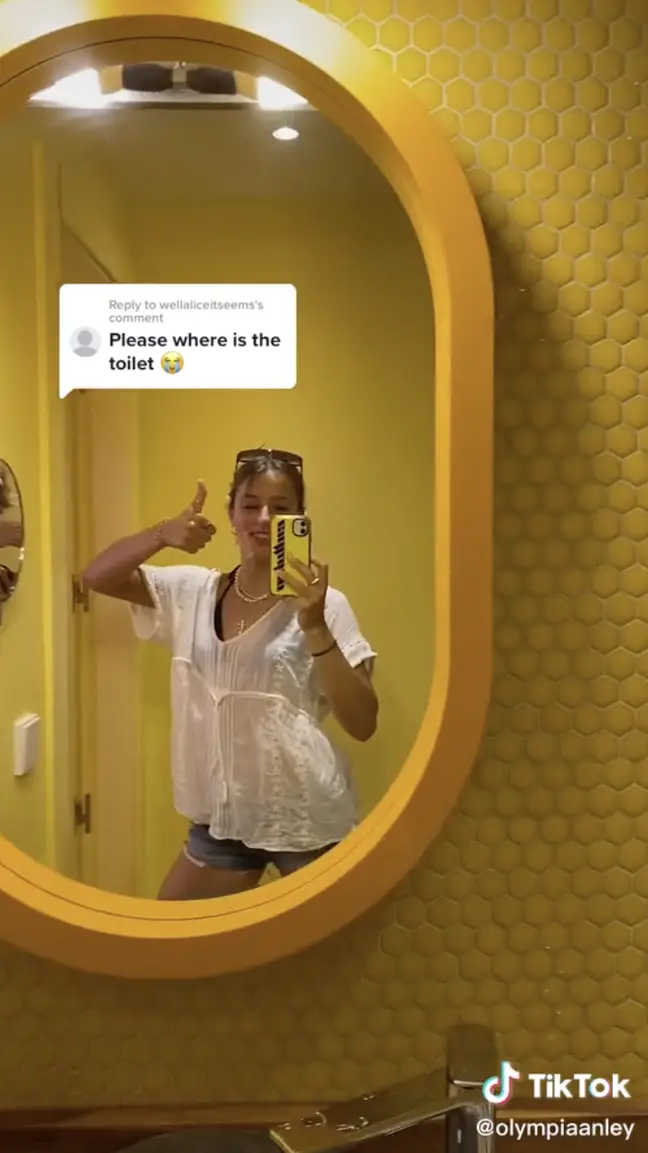 It's also in the hotel lobby, which means you'll definitely get a lot of passing traffic as you try to drift asleep.

On the good side, guests can stay in the odd suite for free, which makes things seem suddenly more appealing.

Olympia Anley, a TikTok user, recently checked into the hotel for a stay in the suite and posted a video of her experience saying she had made a lot of friends that night. 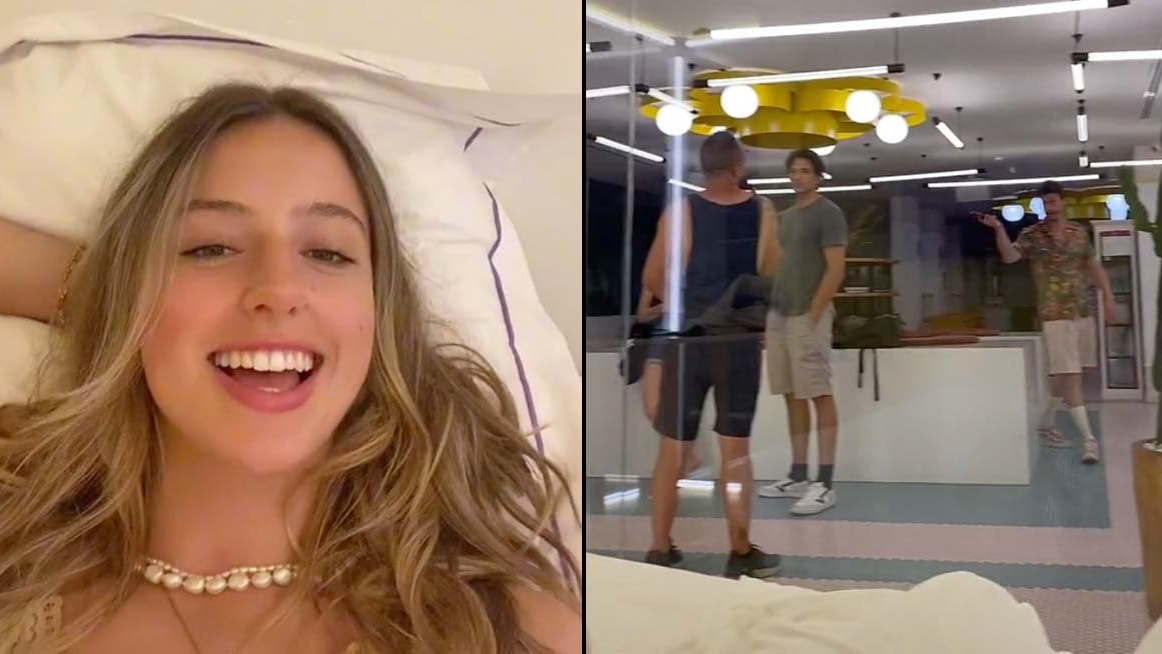 POV: you can stay in this hotel for free, but the room has glass walls to the lobby,

she says in the video.

In a subsequent clip, she stated that there were "people packed against the glass," adding in another video:

So for the folks panicking outgoing, 'Oh my God, they can see you,' well, they can - the walls are glass. However, there is a restroom, just go through here, and it has a door and opaque walls.

Even though it would be a free night's stay, many people stated that they just wouldn't be able to participate, despite the fact that several people were surprisingly enthusiastic about the concept.

If this were to happen, it would be my greatest nightmare.

Another person had the following question:

My question is, why is this a thing?

A third person commented on this topic by writing,

What's the point? Why aren't there any walls?

A fourth person chimed in and said,

I can't explain why but this would make me feel the same as the dreams where you unintentionally go in public with no clothing on.

If you would like your hotel room to have a little more privacy, the Paradiso Art Hotel does offer some slightly more conventional options.

Those rooms, sadly, do not come free of charge, but they do have actual walls.

How Much Does It Cost To Stay At A Hotel In Ibiza?

What Are The Best Hotels In Ibiza Near Pacha?

The Sir Joan Hotel, Hotel La Torre del Canonigo - Small Luxury Hotels, and Luxury botafoch are three of the greatest hotels in Ibiza that are located in close proximity to Pacha.

Why Is Ibiza So Popular?

In the summer, Ibiza is well renowned for its nightlife and electronic dance music club scene, which draw a considerable number of tourists. The government of the island and the Spanish Tourist Office have collaborated to promote more family-friendly tourism. Ibiza has been designated a UNESCO World Heritage Site.

Despite the mixed reactions online, the hotel claims that staying in the Zero Suite is extremely popular: "This year we've had to turn people down owing to overwhelming demand," it states. "Brands like Levi's have also created exhibits and pop-ups in the room during the summer."