Sky Blue French Tip 1.50 - What Does This Tiktok Trend Mean? 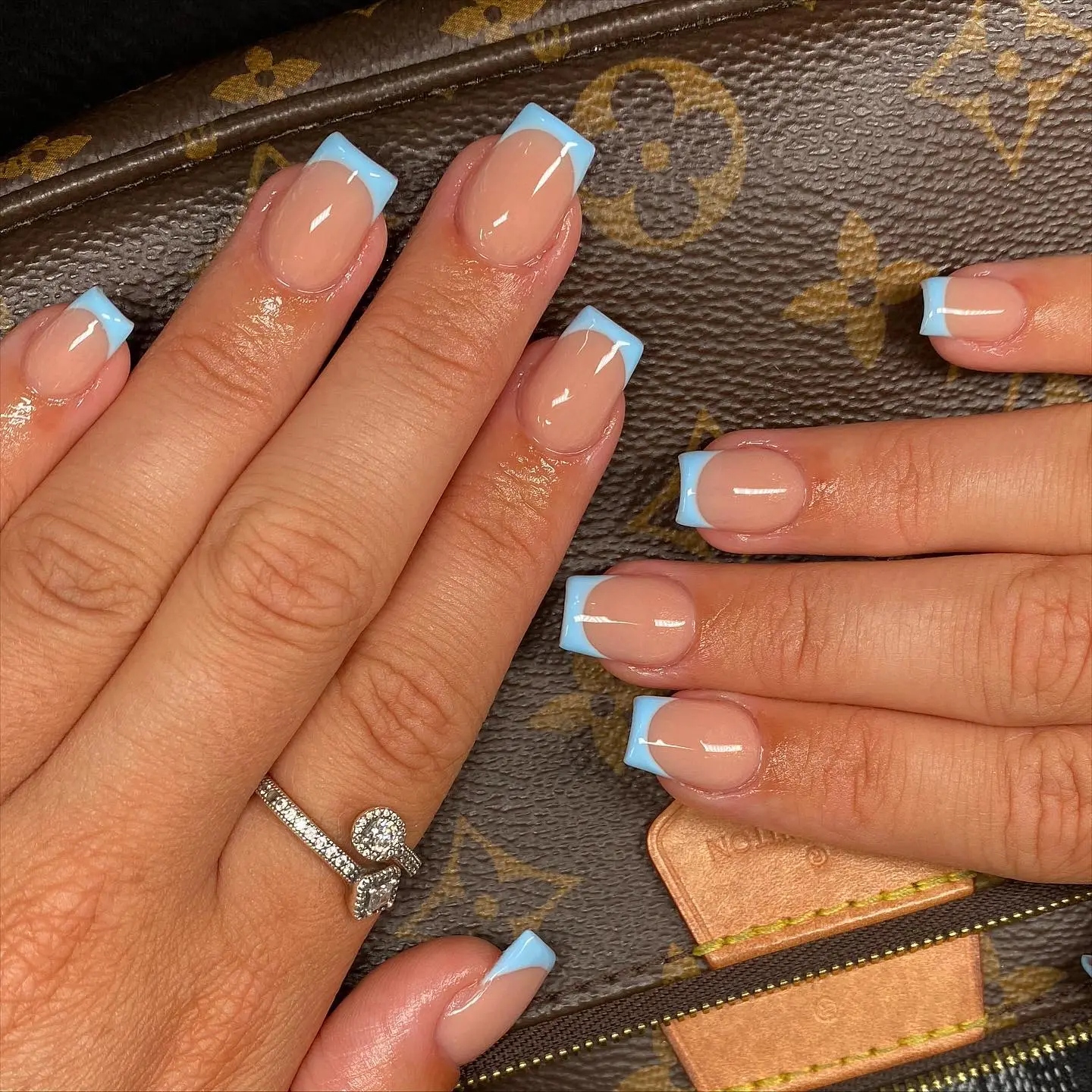 According to TIKTOK, having light blue nails may indicate that you are dating. The phrase "sky blue French Tip 1.50" has, however, taken on a whole new meaning thanks to a craze that male TikTokers have started. Here are all the details.

The "sky blue french tip 1.5" nail style was a trend on TikTok. The trend is broken out as follows:

The idea behind the fad is that a lady asks her lover what shade of nails she needs to have, and he replies, "Sky blue french tip 1.5."

If a boy responds with a response that specific, it is apparently assumed that he is cheating because men are supposed to know nothing about nail art or design.

In June 2022, the phrase "sky blue French tip 1.50" became popular on TikTok. It evolved into a trick used by boyfriends to trick their girlfriends into believing they were cheating on them, or at the very least, to make them very wary of the too-detailed response.

"She asked me what color nails she should get, so I told her ‘french tip sky blue 1.5’ and now..." Then, the girl's response is seen in the video.

For instance, one user wrote: "She asked me what color nails she should get. I told her 'french tip sky blue 1.5. Now I'm blocked." Another person said: "Next time she ask for a nail colour say ‘sky blue French Tip 1.50’ and wait for a reaction."

What Are People's Opinions On The Trend?

Most people find the trend somewhat impractical, particularly girls who frequently get their nails done. It is quite unusual for a girl to come into a salon and request a specific, measured-out length like 1.5 inches. However, asking for a sky-blue French Tip can be a common request.

Most girls merely give their nail technicians a rough idea of the length or style they want. "As a nail tech we don’t use 1.50. Say ‘get coffin with v-french tips." said one user.

Another person asked, "Does anyone actually use the 1.50 because I never say a number I just show them what I want."

A French tip, which can be any shape and is commonly used to give the appearance of a French manicure, fits on the nail.

French tips, which act as tip guides, are a good way to quickly achieve the French manicure look using acrylic or gel systems. Most nail technicians use pink or clear acrylic to make a French tip on the nail bed.

What Does A French Manicure Say About You?

According to Betty Rose, the French manicure, one of the most popular manicures, is typically chosen by ladies who value adaptability. What it says about you: You have a feminine sense of style and prefer classic clothing.

Why Does French Tip Cost More?

Yes. Any manicure, pedicure, or acrylic treatment with French tips, where specialists paint white tips on the nails, will cost an additional $5 to $10.

"Sky blue French Tip 1.50" was a trend that was once very popular on Tiktok. The craze was being exploited by boyfriends to play practical jokes on their girlfriends, making her believe they'd been unfaithful.