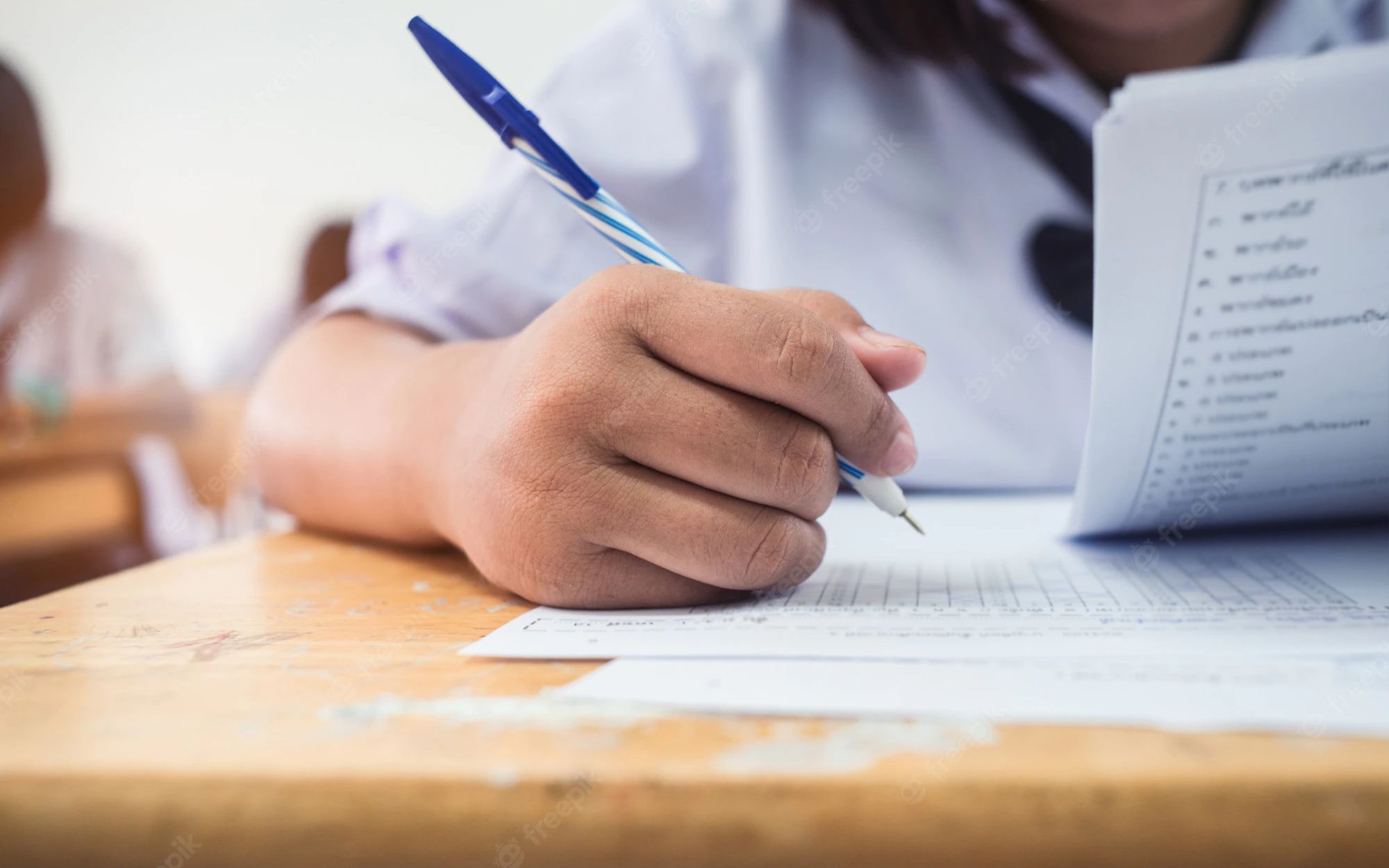 An examination is one of the nerve-wracking experiences we have to go through during our time in school, and it is one of the things that causes our brains to become exhausted and drained.

But in today's world, there is a new breed of teachers who plan tests so that they include funny bonus questions for high school students to test their sense of humor.

If you are a student or used to be one, does your teacher ever give you a question or assignment for extra credit that is so cool and funny that you won't believe it's real?

If so, you can relate to the topic presented in this article.

Also, the teachers will benefit from reading this because they can use it to make your evaluation stand out and be worth remembering. 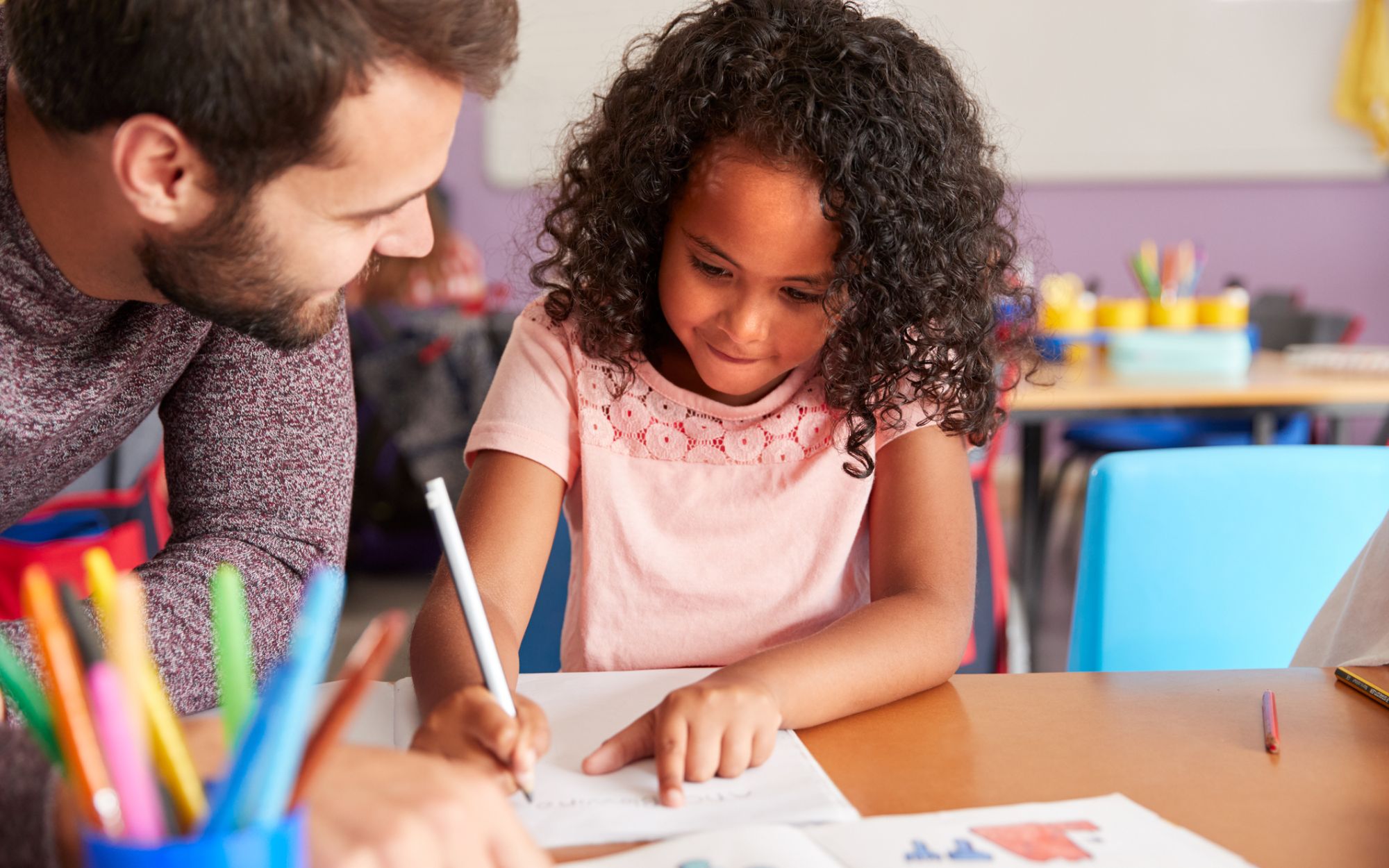 Do you think of an upcoming exam and test papers when you hear the words "assessment" or "evaluation"?

If so, your assumptions are correct.

How do you feel about the teachers' assessment method?

Are you excited or not?

If you are unhappy as your exams approach, don't think that the exams are a burden or that the teacher is bad.

Assessment and evaluation are critical components of your learning.

Assessment is a broad term for the different ways teachers evaluate and measure their students' learning progress and figure out what they need to learn.

It is used heavily in tracking progress, planning future steps, reporting, and involving parents, children, and young people in learning.

Also, it helps teachers determine whether or not educational objectives are being met.

When it functions most effectively, assessment does the following:

Imagine you are in a sinking rowboat surrounded by sharks. How would you survive?

The answer to this funny but also tricky question is: "Stop imagining."

However, there are numerous people who stay online and cleverly answer this question in a serious and thought-provoking answer. Here are some:

Roy Neyman, a Quora user who declared himself as a former Manager Projects at Jensen Maritime Consultants, said:

You couldn’t be in that situation because sharks live in salt water and piranhas live in fresh water. By the way, I don’t think either species lives up to the vicious natures portrayed for them. I have swum with sharks, even hand fed black tip reef sharks, and by far most species are completely uninterested in eating or even biting humans. I suspect you’d be fine in your hypothetical situation if you just calmly swam to shore. You’re only out in a row boat, so it can’t be far.

Darshan Varier also gave a different but intriguing answer to the funny bonus questions for high school students and posted it:

"Sharks are not man-eaters. The cases of shark attacks that have been reported, were accidents, that happened since the sharks mistook the humans for some large fish.

The smell of human blood and the smell of fish blood are vastly different. Sharks react to fish blood, but not to human blood. Also, sharks are very sensitive. Sharks don't like being touched at all!

So, the main question is: will you be able to survive if you were in a sinking rowboat? [It] depends on if you know how to swim, or have a life jacket."

"Keep calm, don’t make waves. Sharks aren’t all that dangerous as they are made up to be. I have swum in shark-infested waters before, I have seen sharks swimming by and they haven’t been more than curious.

Panicked splashing and flapping people are more like the prey the shark usually looks for. If you got an oar or something to be used as rod, you can push them away if they get too close for comfort."

On the other hand, like most Quora user posted, Nitesh Ranjan said: "I will stop imagining. Period."

If you are in a dark room with a candle, a wood stove and a gas lamp. You only have one match, so what do you light first?

The second question in our list asks if you have a candle, a wood stove, and a gas lamp, and you're in a room without any natural light.

With only one match at your disposal, what will you light first?

The answer to this one is: "The match!"

The match will fire first, and then we can burn the other item, which could be a candle, a stove made of wood, or anything else.

Here are some of the salient responses collected from the posts of the Quora user.

"It's a logical question. To light any of the things mentioned, the first thing you have to light is the match."

Vatsal Verma also mentioned the right answer to the question when she said:

It's a question which is generally asked in Interviews to check your presence of mind. The right answer would be - The first thing which I would light up will be “ MATCH STICK”. Obviously without lighting Match stick you can't light any of the other item mentioned above.

"The room is dark so, in order for any illumination to occur, you need something that is capable of emitting light by itself (by combustion in this specific case).

Hence, the match is the correct answer because it is can be ignited by rubbing against a matchbox which can subsequently help light the candle, the lamp and the stove. I hope I have sufficiently explained my answer."

If you throw a red stone into the blue sea what it will become?

The answer to the third funny question is, "It will get wet."

The question asked about the colors of both rocks and water, but there is a place called the Red Sea that is not literally red.

The colors are only mentioned to make the reader confused. Because of the algae that live in it, the Red Sea sometimes looks like a red sea.

Read the following comments below to see the different perspectives of many on the third funny question:

Aadarsh Kunwar said that the red stone will become as it is. He said:

"It may becomes red because water has not itself contain its own color only in the presence of sunlight it seens to be in blue color but if we throw the red stone like ruby then the resultant color comes as a purple color because when we mix blue and red color then we get the purple color as a result it looks in the purple color."

Srihari Ayapilla mentioned that the question has a different probable answer. He said:

Lastly, nothing great to the world around. No major change could be observed in the world or the sea. ( Considering the stone is of nominally small size.) Two definite possibilities: Firstly, it will get wet. Then it drowns. [However, there is also] one indefinite possibility: It might be swallowed by a big fish

What does come down but never goes up?

The fourth question: "What does come down but never goes up?" can also be the same with "What falls but never rises?"

The answer to this question varies, but the most typical answer would be: "The Rain."

However, the author obtained some of the funny answers from the Quora user that are mentioned in the following responses:

"Your peace," after you graduate and join one of those mass recruiters. "Your chances of getting into a relationship," after the same. "Your marks," once you join engineering. I should stop radiating my stupidity like this on Quora some day. Pardon this poor soul.

"Raindrops come down but they never go up. If you collect those drops and sprinkle them upwards, they won't be called raindrops anymore, so raindrops never go up."

"Number of days left in your life." They are surely decreasing. You don't even know how much of it is left. Do something good today, you don't know if tomorrow you'll be here. Life is short, make the most out of it. Just have the realization of your fears. Life will be good ahead.

"Innocence" The more of life passes, you start to realize the reality of people around you. The more you get wounded, the more immune you get. Innocence is eventually lost, maturity is slowly attained.

You might believe that you are knowledgeable about the majority of subjects, but have you ever been the victim of a trick?

As opposed to trivia questions, these don't necessitate a great deal of expertise or information.

As the name implies, "trick questions" require some skill to answer. The main point is to trick you into providing an incorrect response.

If you do manage to ace one of these tests, you will feel like the smartest person in the room.

Not only are trick questions fun, but they also make you think.

And everyone can have fun with it.

Here are the examples below: 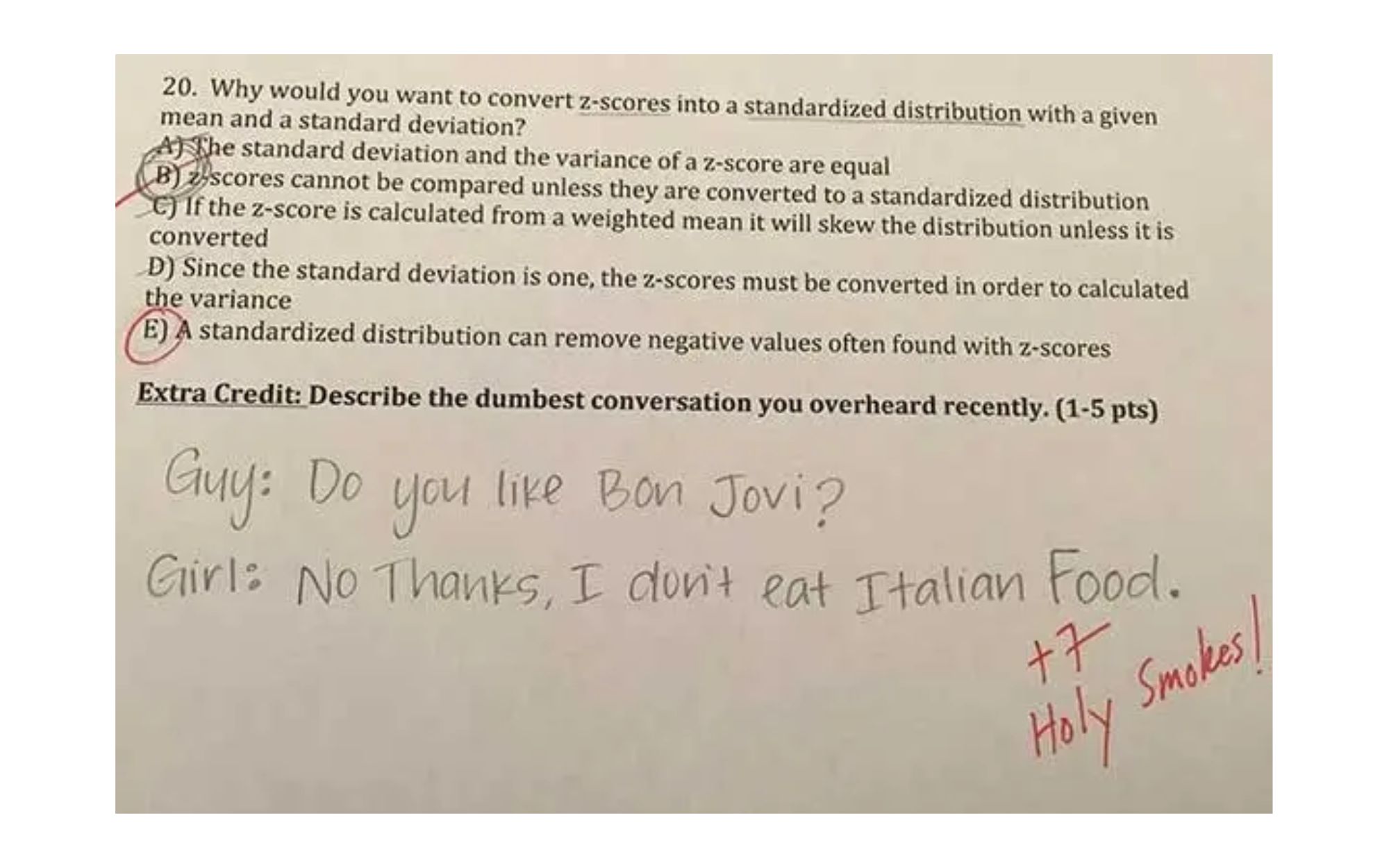 A picture of a test paper with items number 20 and extra credit item, as well as the instructor's comments

The instructor praised the student's efforts and awarded him an astounding seven points of additional credit for his response, as well as the exclamation "Holy smokes!" for his response.

Complete The Next Verse 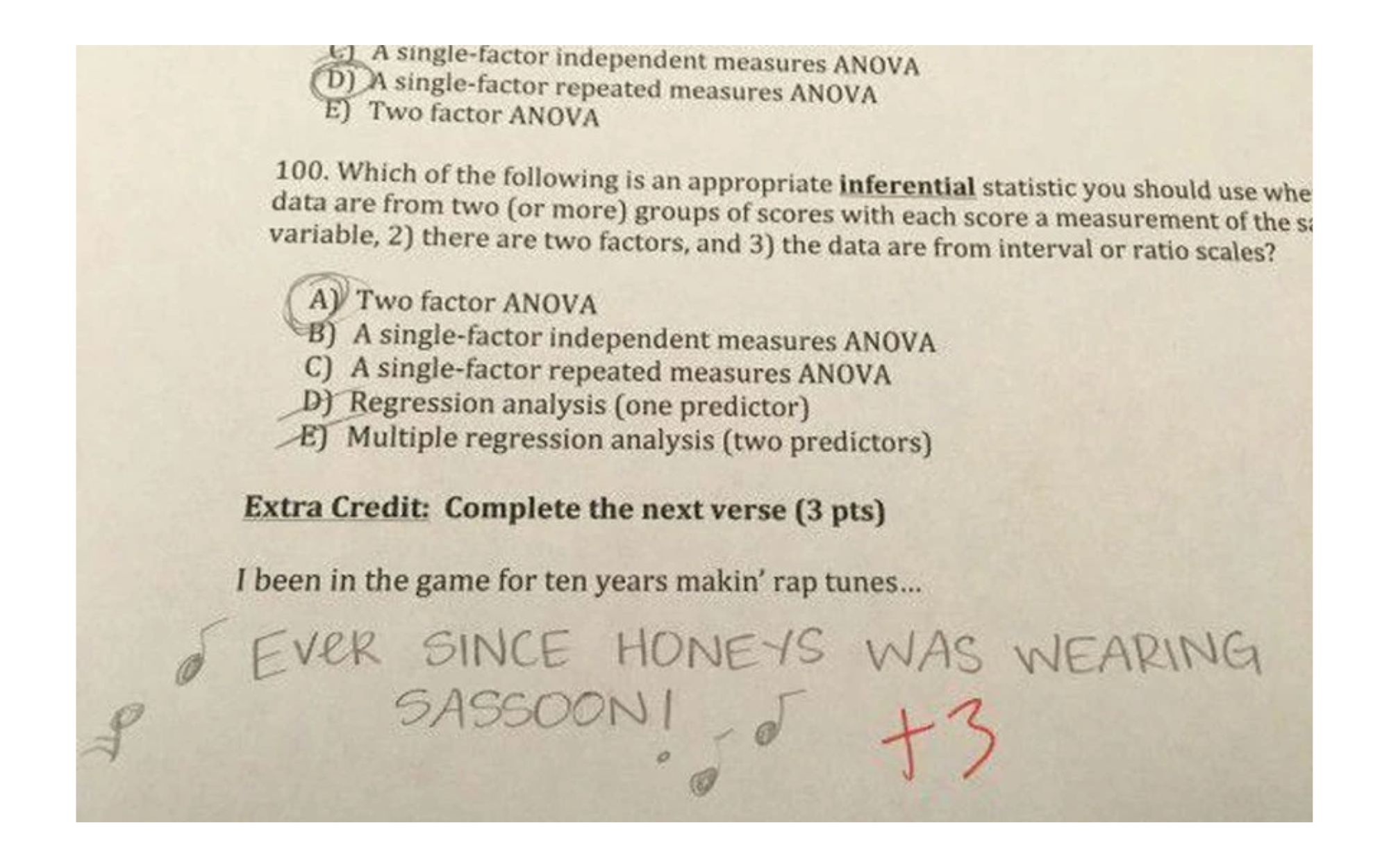 Students were also challenged to complete lyrics to popular songs from other countries.

The student is asked to complete a sentence from Tupac's California Love by quoting some of the lyrics.

The student clearly understands West Coast rap, as evidenced by his completion of the phrase and the addition of a few hand-drawn musical notes.

What Is The Number Of The Parking Space Covered By The Car? 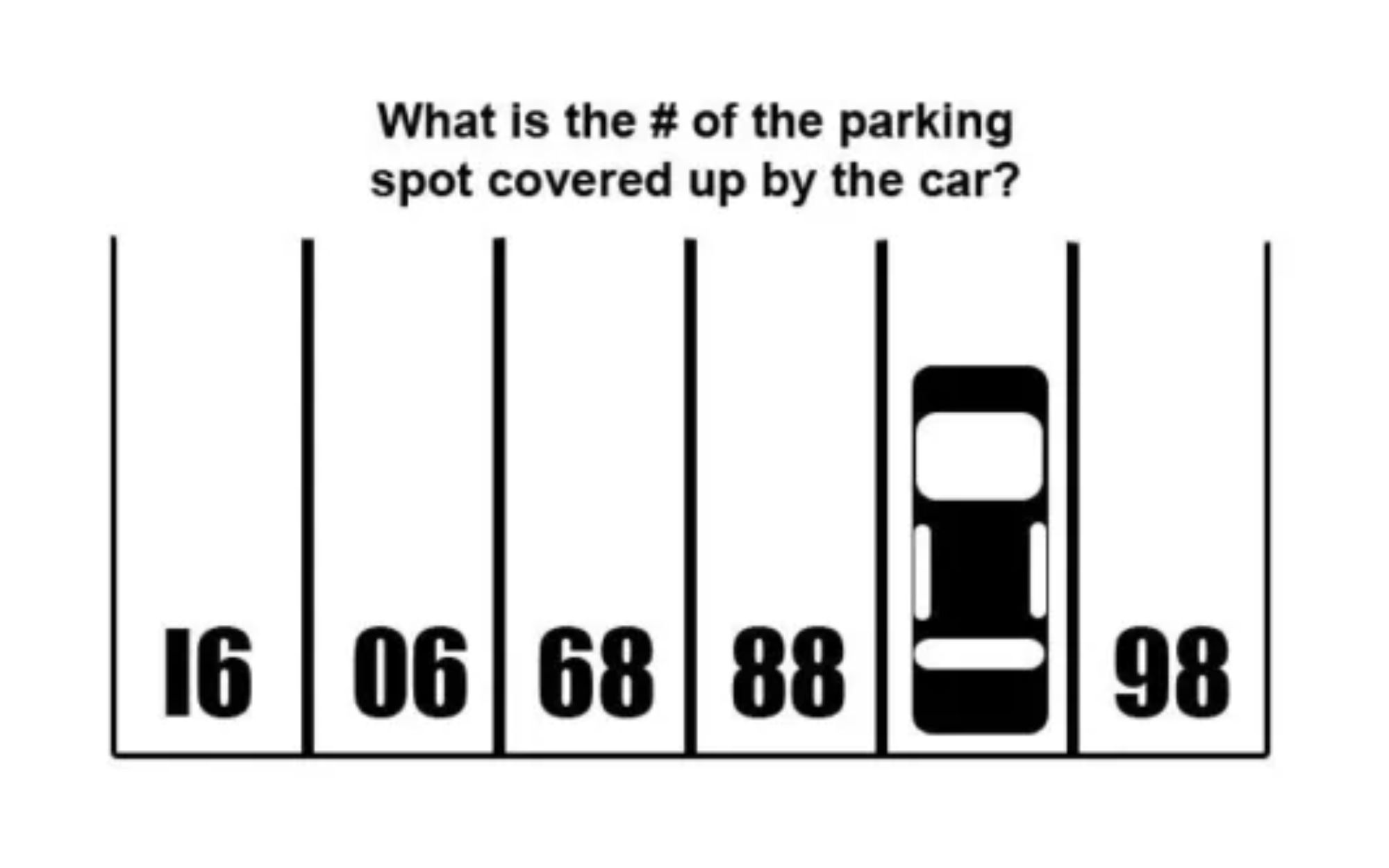 A few years ago, this tricky math problem went viral after it showed up on a six-year-olds' entrance exam in Hong Kong.

It was said that the students only had 20 seconds to figure out the problem!

"87" is the answer to this question. You won't believe it, but this "math" question has nothing to do with math at all. If you turn the picture upside down, you can see that it's just a series of numbers.

This question is taken directly from a second-grade student's math homework.

But you're not finished yet! The number of small dogs competing is then calculated by adding 6.5 to 36.

Of course, half a dog cannot compete in a dog show, but for the purposes of this math problem, let's pretend it can.

What Is Extra Credit Question?

What Are Good Questions To Ask High Schoolers?

What Are Some Fun Questions To Ask?

Looking for some of the best extra credit questions ever? Want to make your students laugh—and love you? Consider using funny bonus questions for high school students.