Gary Carr should be the next James Bond and I’m sure you clicked on this article for some kind of levelled debate, but I’m afraid this won’t be that.

I suppose if you twisted my arm, I’d be happy to see Tom Ellis take on the role, but at 41-years-old, he’s probably too old to base a franchise on and on top of that, he’s too famous.

No, this is a Gary Carr article and that’s because I solidly believe he would be perfect for the role. He’s a great actor and he just looks right.

Before we properly get into this though, yes Gary Carr is black. No James Bond wasn’t written black. The thing is, I defy you to find a good character with genuine depth written as a black man – by a white man – in the early 50s and one that has remained popular to this day. I could be wildly wrong, but I simply don’t think it would matter if James Bond was black. His mother is Swiss and his father it Scottish; you get black people from both of those countries. James Bond being black is entirely within the realms of possibility, as it would be if he was of Asian descent (but that never gets any press for some reason). 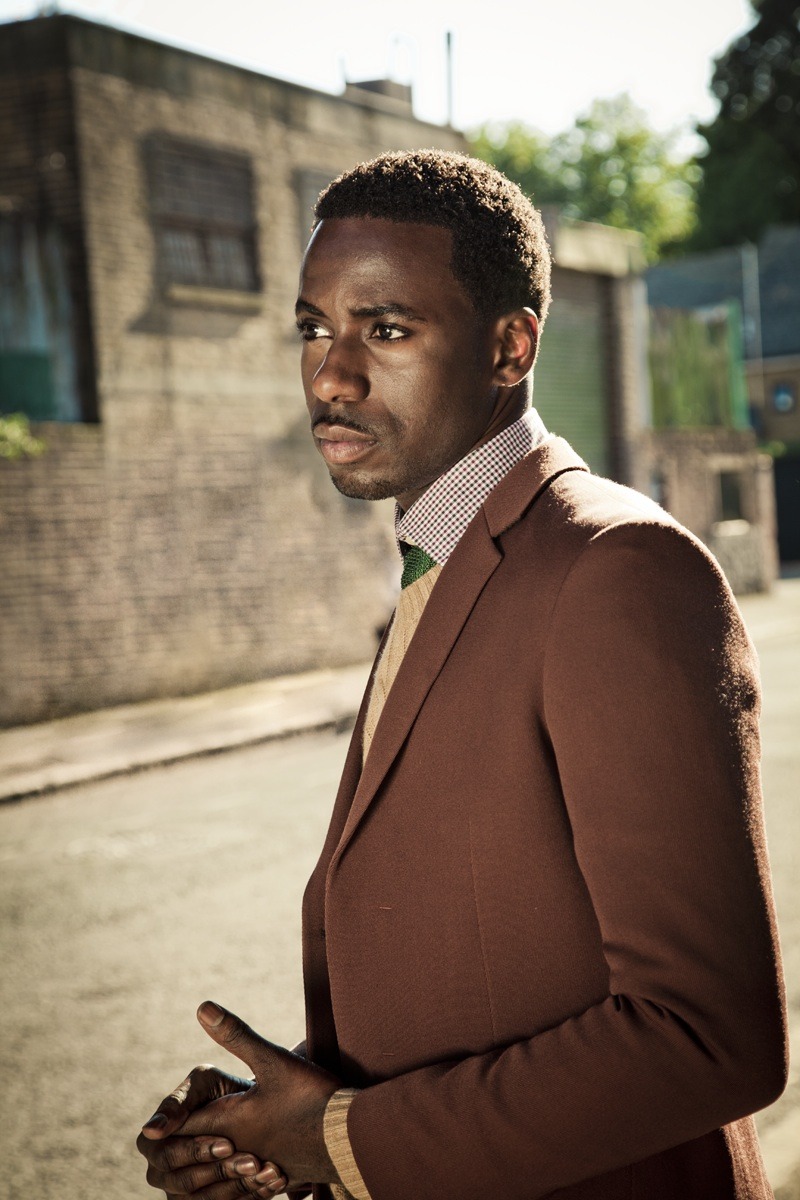 Fleming described the world-famous British spy with a ‘slim build; a three-inch long, thin vertical scar on his right cheek; blue-grey eyes; a “cruel” mouth and short, black hair, a comma of which rests on his forehead’. He’s 183 centimetres in height and 76 kilograms in weight.

Gary Carr is most of that, albeit a few centimetres shorter, he looks great in a suit, he’s handsome in general (Bond was described to have “dark, rather cruel good looks”), he’s a very good actor and he’d be more-than-capable of getting involved in some Craig-esque physical scenes. He’d genuinely be fantastic for the role.

I’ve been banging this drum for a while actually. It’s good to finally get it all out.

One of the issues with James Bond casting is that, for the main role, you can’t get an actor who’s too well-known. Sean Connery was a bodybuilder who had a few small film roles throughout the 50s before he got Bond, George Lazenby was a model who had been in a chocolate advert, Roger Moore and Pierce Brosnan were leads in somewhat popular TV shows, Timothy Dalton was more of a thespian who’d been in some BBC titles and Daniel Craig had been in an episode of Sharpe and Layer Cake. Gary Carr is the perfect level of stardom to take on the role – having had decent roles in the likes of Death in Paradise and Downton Abbey – and Bond would raise him to the stardom and calibre his talents deserve.

People like, say, Richard Madden or Idris Elba are far too famous to the degree where it would take you out of the film and the latter is also too old. 33-years-old is a great age to start a franchise that could last around 15 years and that’s the age Gary Carr is, though admittedly he’d be around 35-years-old by the time he started filming the next Bond film.

If you work your way through the Bond filmography (not including Never Say Never Again) as I often do, then you’ll notice a dramatic shift in tone between each actor taking up the role, barring maybe Dalton leading into Brosnan. It starts off pretty serious with Connery, tries to be a bit cheeky with Lazenby, goes back to Connery for one film, speedily becomes very camp with Moore, goes serious again with Dalton and then starts serious before turning into cartoons for Brosnan.

During Brosnan’s run and just after it, the likes of the Bourne series and the Dark Knight trilogy started and people decided that they wanted grittier, more realistic spy films, rather than a 50-year-old man kite-surfing on the bonnet of a rocket car after being chased by a sun laser. With that, Daniel Craig was chosen after appearing in the very gritty Layer Cake, people were initially mad because he was blond, an average height and had to wear a life jacket on a speed boat, but two minutes into Casino Royale they realised he was the best actor to ever inhabit the world-famous role.

When Bond does come back after No Time To Die, whatever happens to him in that, no-one is going to tolerate a return to campy form. There can be a few jokes of course and maybe even a zany gadget, but what everyone wants is another actor who has the physicality of Daniel Craig and maybe even surpass him.

I so want Gary Carr to be the next James Bond, and Barbara Broccoli, if you’re reading this – which I know you are – then please please please approach him.

He’s what the world needs.