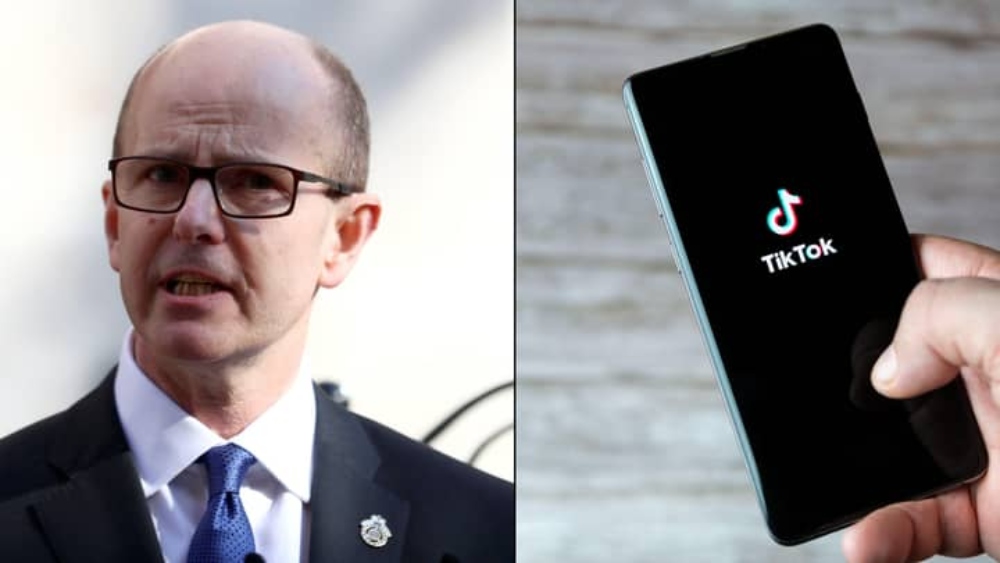 The head of GCHQ, Sir Jeremy Fleming, is telling parents to look at the app in more detail. GCHQ spy chief issues warning to ‘think before you use Tiktok’. When did this happen? This happened on 11 October 2022.

Before taking the helm at GCHQ, Sir Jeremy Fleming spent a significant amount of time working for MI5, and the GCHQ spy chief issues warning to ‘think before you use Tiktok’ to parents and share their personal information.

He said that the Chinese Communist Party is using the app TikTok, which is run by the Chinese company ByteDance, to spy on people.

Fleming also made it a point to remind app users that they are actually being amused for hours on end in exchange for their data and that "there is no free good here."

According to Sir Jeremy, that doesn't imply we should all stop using TikTok, who appeared on Today on BBC Radio 4. Just be careful where you share your personal information.

The man responded, "No, I wouldn't (stop children from using TikTok), but I would speak to my child about the way in which they think about their personal data on their device."

I think it's really important from a very early age that we understand that there is no free good here. When we are using these services, we are exchanging our data for that, and if it's proportionate and we're happy with the way that data is safeguarded, then that's great. Make the most of that, make those videos, use TikTok - but just think before you do.

It was found that the owners of ByteDance may have broken the law by processing special category data and not giving customers clear, concise information about how their data will be used.

The video-sharing app could now be fined up to £27 million, which would be the highest sanction in ICO history.

John Edwards, the information commissioner, stated at the time: "Companies providing digital services have a legal duty to put those protections in place, but our provisional view is that TikTok fell short of meeting that requirement."

If TikTok has violated data protection laws, the ICO has not yet made a determination.

GCHQ spy chief issues warning to ‘think before you use Tiktok’. Concerns about TikTok's data usage have been voiced previously as well.

The Information Commissioner's Office (ICO) recently decided that TikTok may have used the personal information of children under 13 without their parents' permission between May 2018 and July 2020.