A viral TikTok has shown us all how to do what mankind has always wanted to do but could never figure out: clean Tupperware properly.

Nightmare, isn’t it? You’ve bought a lovely clear Tupperware box from the shop because you decided you’re going to save money and make your work lunches at home, but one day after putting a spag bol in there it’s all orange and gross. Looks like it’s back to Pret for you…

Luckily, some very clever TikToker has shared how we can all clean our Tupperware tubs, meaning we don’t have to buy new ones or use ones that are stained orange.

It’s weirdly simple – annoyingly simple, in fact – and something that was staring us in the face for so long that it’s basically an insult. 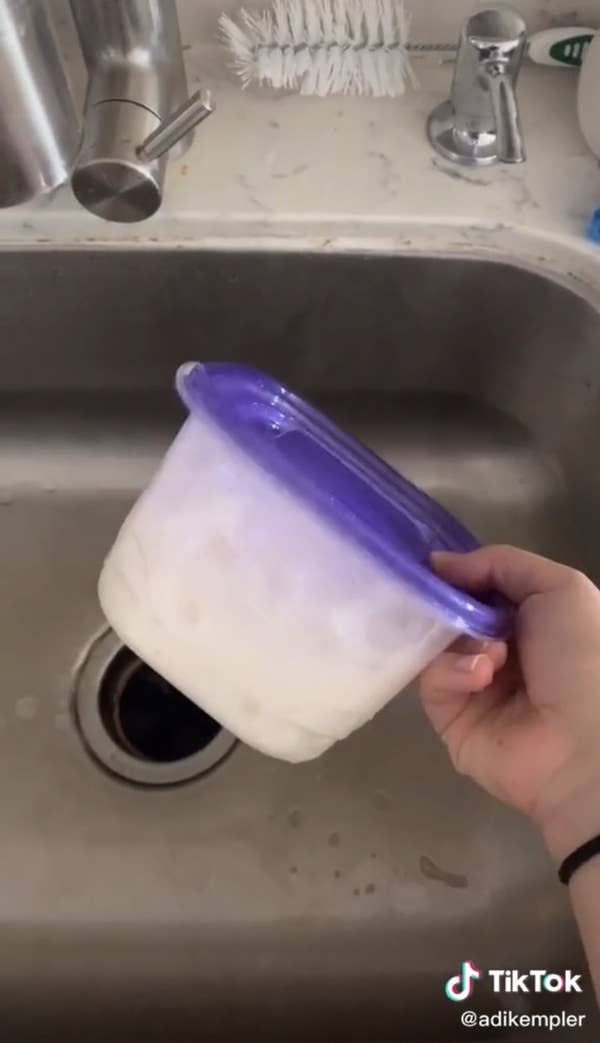 Essentially, all you have to do is stick a bit of washing up liquid in the tub, followed by a dash of warm water and then weirdly, a piece or two of torn-up paper towels. You then close the lid with all of the “ingredients” inside and give it a vigorous shake for the best part of a minute.

Following that, take the lid off, remove the bits of paper, rinse the Tupperware and gaze upon the crystal clear plastic that your spaghetti bolognese previously besmirched. You’ve won.

Look, here’s the before and after:

Adi Kempler – who made the video – told Buzzfeed:

“My stepmom actually showed [the trick] to me.

“She’s been doing it for years prior to getting nicer glass containers, so she gave me the tip when I was having trouble getting rid of stains.

“At first, I really didn’t think it was legit. It seemed like no matter how much I soaked or scrubbed, nothing did the trick like this method“.

Now this is what TikTok was made for.