How Big Can A Giant Lily Pad Grow In A Lake? 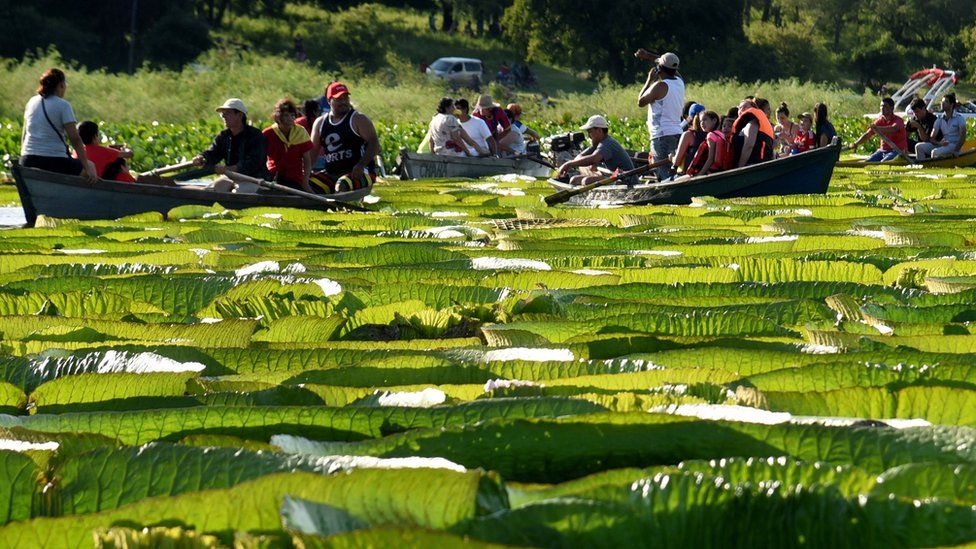 The beauty and sheer enormity of the giant lily pad have long captivated scientists, architects, and painters alike, and it is no exception today. Yet, until now, it has remained a mystery how the lily's leaves can grow to be as large as 10 feet across and robust enough to sustain the weight of a small child. Now, researchers have solved the conundrum.

According to a team of British and French scientists who have been investigating the mechanics of those massive leaves, a network of branching, girder-like veins has been discovered that is optimized for strength and structural support. According to Chris Thorogood, deputy director of the Botanic Garden & Arboretum at the University of Oxford, their research could turn what has been described as "a vast botanical conundrum" into a guide that could be used to improve engineering and design in buildings, particularly floating structures.

“What we showed through our empirical experiments and mathematical modeling was that these leaves are uniquely strong and have rigid flexibility that enables them to grow really big,” says Thorogood, who was the senior author of the study.

Giant Lily Pad Veins That Are A Source Of Inspiration

It looks like a giant green dinner plate with a rim that is upturned when seen from above in the case of the Amazonian water lily's leaf. The only way to appreciate both its beauty and its strength is to look at it from below.

“When we pull the leaves out of the pond here, and the public see them, they actually gasp at the beauty of the leaves,” Thorogood says. “They're astonishingly beautiful.”

Spiny veins sprout out from the central stem and cover the entire underside of the leaf, which is completely covered by a fractal network of spiny veins. Along their path to the outermost edge of the leaf, the major veins get weaker and begin to divide into branches. This genus's water lily veins are crossed at regular intervals by additional veins that form concentric circles around them, making them one of a kind.

When viewed as a whole, the effect is striking: a complex web of yellow veins set against a dark green or red background. There are two sister species of giant water lily, each with a different hue on the underside, which can be identified.

How Much Weight Can A Giant Water Lily Pod Hold?

Victoria Water is a massive reservoir. They are so huge that they can actually accommodate small adults and children weighing up to around 140 pounds.

There is a video getting appreciated by Reddit users which are provided below. This video is by BBC and it is really spellbinding. Let us know in the comment section below that what was your reaction.

"Nature is so cool. Especially in time lapse. 👍"

"They found a way to make the plants have so much personality. This filming is incredible."

The leaves of this plant are rounded and upturned. This floating leaf is held in place by a ribbed underside and attached to a submerged stalk, with the leaf itself floating on top of the water's surface. The stalks can grow up to 26 feet in length and, when left to their own devices, will embed themselves in the bottom of a lake or river. This plant may grow up to 20 inches every day, which is rather impressive for such a small plant.

Is Giant Lily Pad A Weed According To Management Authorities?

In the field of lake and pond management, there has been a long-running argument about the use of lily pads. Some people consider these species to be essential components of the natural landscape, as they produce beautiful flowers and seed heads that form a picture of a wetland or small waterbody in their own right.

While some people consider lily pads to be beneficial, others believe they are harmful aquatic plants that can take over a waterbody and reduce the intended functions of these systems. The concept of what makes a "weed" is critical when comparing the plants and trying to determine whether or not they should be allowed to grow in the landscape.

In regions where water lilies are allowed to flourish with little competition from other plants or in areas where they are grown only for their aesthetic appeal, they can eventually take over the landscape and prevent waterways from being used to their full potential. Lilies can obstruct the flow of water and entangle boat propellers, causing problems with access and recreational activities.

Several types of exotic water lilies that have been introduced to an area have the potential to outcompete native plants, resulting in vast areas of noxious aquatic "weeds" that may eventually necessitate large-scale chemical and/or mechanical removal to reduce their detrimental impact on the waterbody. But it does have some exotic qualities.

Lily pads are one of the most well-known aquatic plants in the United States, growing in lakes and ponds. The fragrant white blossom of the American white water lily (Nymphaea odorata aiton) distinguishes it from the other members of the Nymphaea genus, which is less frequent.

More than 35 different species of water lilies are found in the Nymphaea genus, with the majority of them inhabiting slow-moving aquatic habitats of all types.

In ornamental pond settings, water lilies are frequently found because of their colorful blossoms, which appear when they are actively growing and bloom during the warmer months when they are actively growing. Many different water lilies have been hybridized by the horticultural industry, resulting in plants that bloom at different times of the day and night, rather than solely throughout the day. 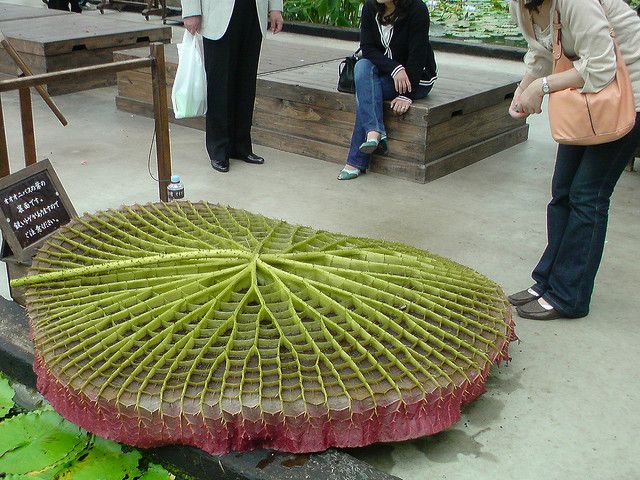 Although it is difficult to completely eradicate the giant lily pad, you can delay the spread of the disease by plucking up the plants by the roots. Dig down as far as you can in shallow water to obtain as much of the roots as you possibly can. Continue to clear the pond on an annual basis until the water lilies are completely gone, or at the very least thinned out.