Girl Slams Her Cheating Boyfriend On A Full-Spread Newspaper Page 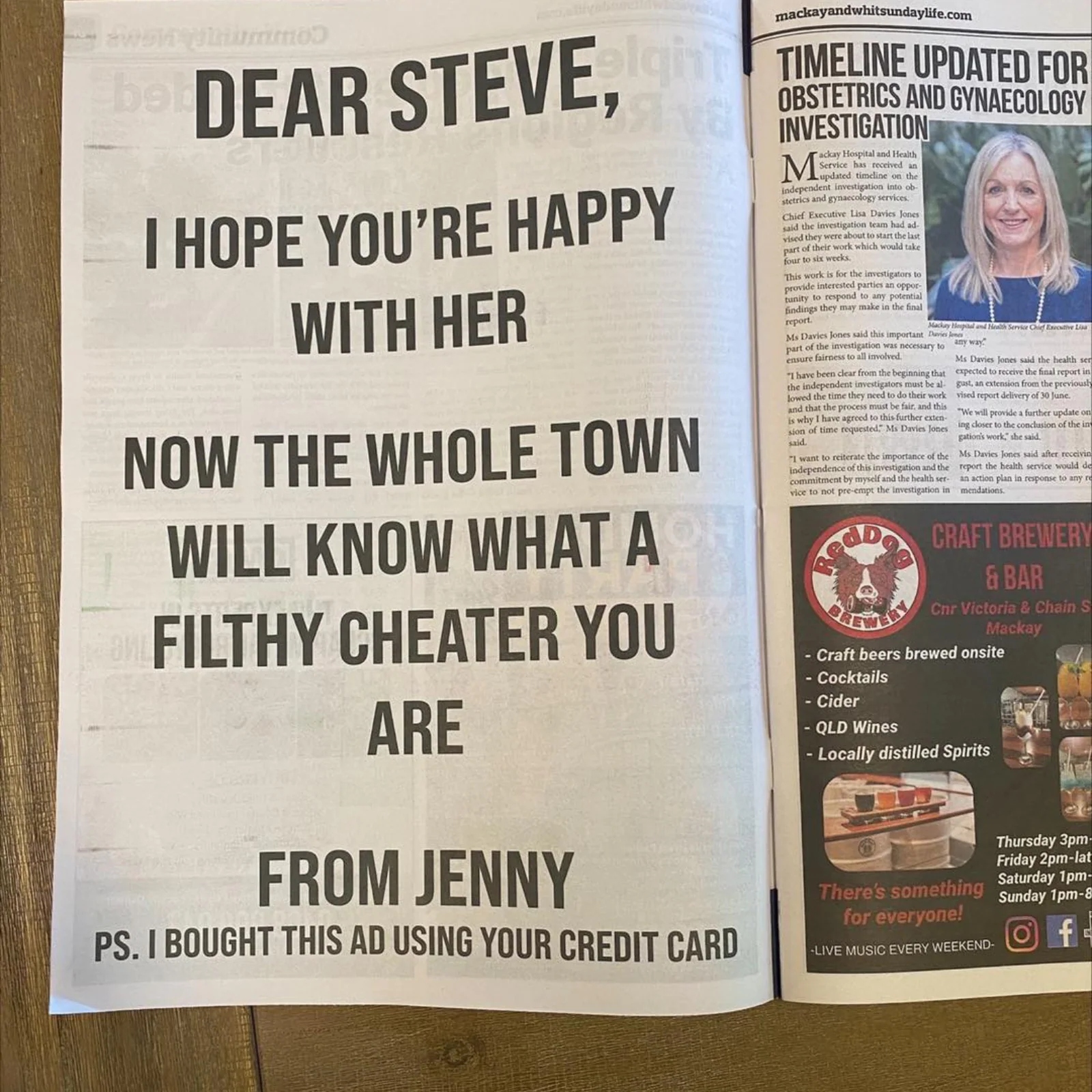 A girl slams her cheating boyfriend on a full-spread newspaper page. When did this happen? It happened on August 12, 2022.

This scorned woman is living proof that the proverbial "hell hath no fury like a woman scorned" is true.

It's common for lovers to break up and blame the other for the breakup.

Some people feel ignored to the point where they want exact revenge for the mental anguish and insult they feel they have suffered. 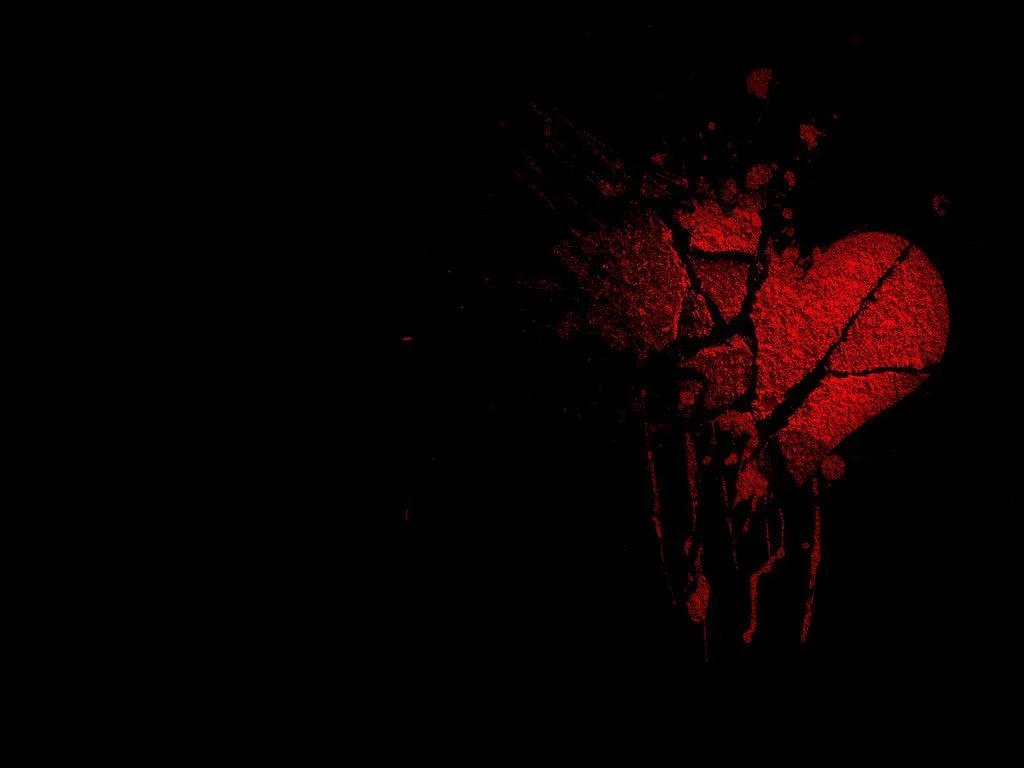 There are many examples of how betrayal in love can lead to strange retaliation, like when a woman recruited her ex-lover through a fake process and then turned him down, or when a girl danced to heartbreak songs with a band in front of her boyfriend's house.

The most recent incident in the streak involved a heartbroken Australian woman named Jenny, a girl slams her cheating boyfriend on a full-spread newspaper page.

The most intriguing element of the advertisement was the girl's use of her ex-boyfriend's card to pay for the full-page advertisement, which she accused of infidelity.

The Australian weekly newspaper called Mackay and Whitsunday Life made headlines about that when a disgruntled girlfriend named Jenny tore out an entire page to "advertise" her allegedly unfaithful ex-boyfriend, Steve.

Jenny had the following scathing remarks for her unfaithful lover in the full-page spread: The page states in bold capital characters,

Dear Steve, I hope you're happy with her. Now the whole town will know what a filthy cheater you are.

Jenny ended the scorching ad by saying that she used Steve's credit card to pay for the spread.

The publication has now gone viral on social media, with internet users speculating about Jenny and Steve's identities.

The advertisement has caused such a stir in the nation that Adelaide's neighborhood bar in Australia decided to apologize to Jennys everywhere.

According to The Daily Mail, Adelaide's Highway Hotel and Pub displayed a sign that was humorous:

"Dear Jenny, I'm sorry. From all the Steves" to make a reference to the advertisement. 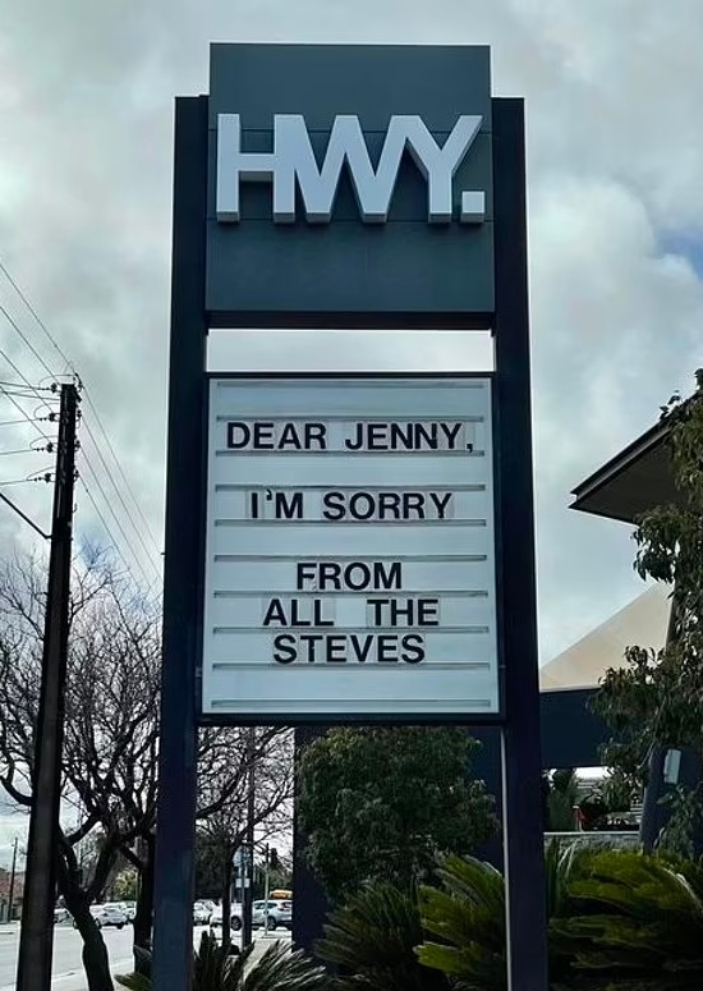 HWY pub billboard saying "Dear Jenny, I Am Sorry. From All The Steves"

Since then, Mackay and Whitsunday Life have released a statement in response to the messages they have been getting over the past few days.

This shows that the internet's curiosity has also reached them.

"We have been inundated with dozens of messages this morning about the advertisement on Page 4 of Mackay Life - As there’s too many to reply to; we would like to address it here."

They began by saying that they were unaware of Steve's identity and were only aware that "he’s been very very bad."

They emphasized that they wouldn't be disclosing any information about Jenny.

In order to dispel suspicions that the advertisement was fake, they added that they did not charge via Steve's credit card.

In a statement they made regarding the issue, they stated that "when payment for the ad was due to be processed, it was noticed that the name on the credit card was different from the name on the booking so no payment was taken for the ad."

A girl slams her cheating boyfriend on a full-spread newspaper page. There is no further information about it.

Except for the fact that his adultery was made public for all to see, it is assumed that the story of Jenny and Steve remains a mystery for the time being.