Grandma Was Horrified After Being Taken To Karen’s Diner 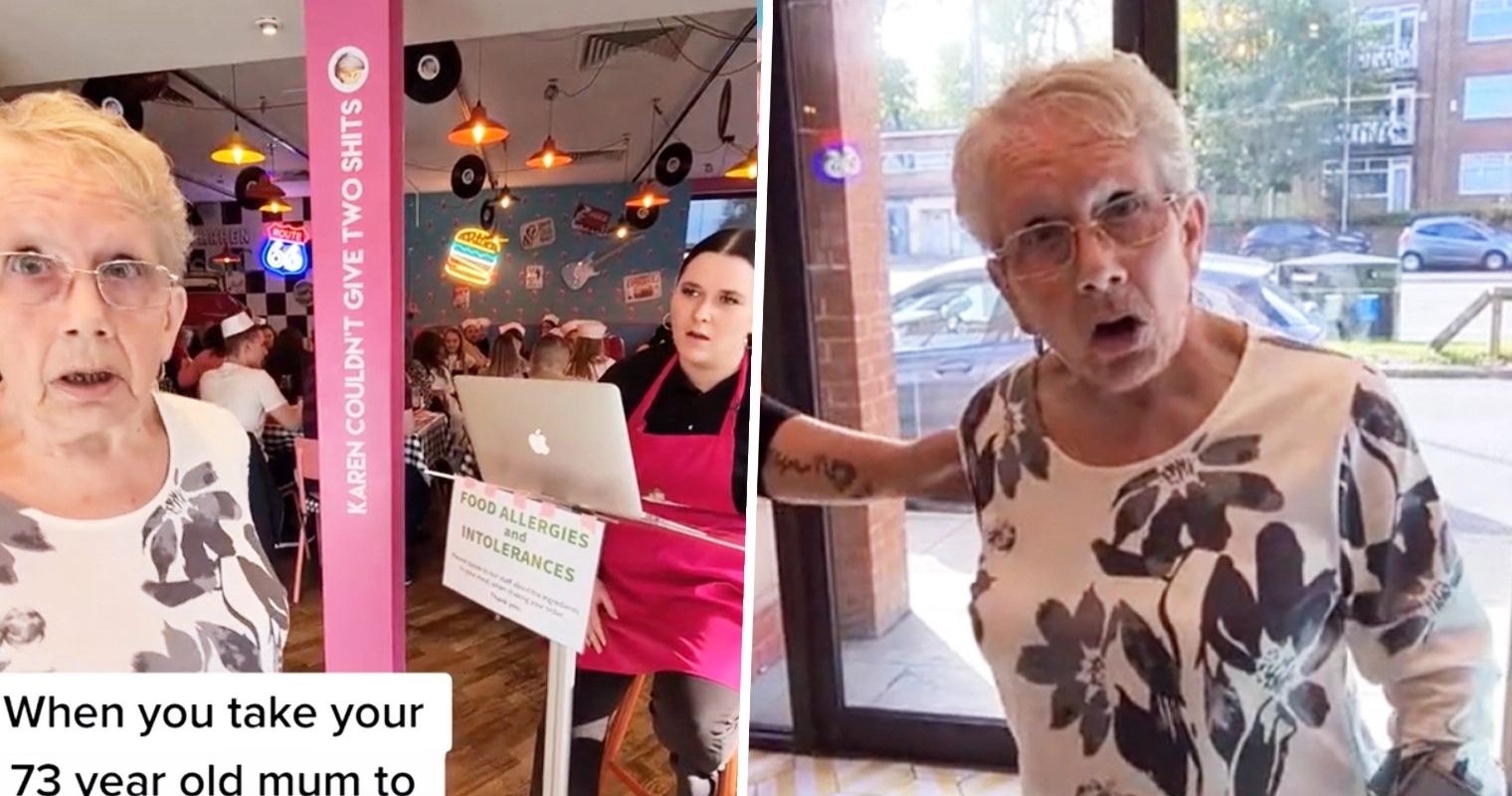 Grandma was horrified after being taken to Karen's diner. When did this happen? This happened in October 2022.

When a daughter took her grandmother out to lunch at Karen's Diner, she got far more than she anticipated. The restaurant, which has gotten a lot of attention online, is proud of the fact that its staff is rude and doesn't care about table service or good manners.

Jo Billington reasoned that it would be hilarious if she brought her mother, Barbara, along. Naturally, Jo "forgot" to inform her grandmother of the idea behind the entire shebang. So, her grandma was horrified after being taken to Karen’s diner.

After entering the unpleasant restaurant, the 79-year-old grandmother didn't take long for her face to contort into a permanent look of astonishment. The grandma and granddaughter team were welcomed by a rather displeased waiter not long after entering Karen's.

In the now-viral video, a staff member says to Barbara, "Oh, here we go. What do you want grandma?" She can be seen gazing about at her family with her mouth open in a humorous TikTok video that has received over 20 million views. She almost trips over in shock.

Barbara retorted, "Well I’d like you to speak nicely." The grandmother was then fairly rudely told that she was "in the wrong f**king place for that" if she wanted civility.

Barb can be heard in a state of shock saying, "Bloody hell, who booked this," followed by the words, "Where the hell have you brought me?"

"Grandma, if you cry, do it in the toilets because no one gives a s**t," the waitress said to the 79-year-old as she sulkily led them to their seat. Ouch.

As soon as the grandmother sat down, she scolded the woman, which made her daughter laugh out loud.

The waitress's reply was brief and direct: "Shut the f**k up." Savage. Immediately, as the two sat down in their chairs, Barb had a cap slapped onto her head that read, "I Remember the Dinosaurs."

The elderly woman from Prestwich quickly mastered the art of firing back at the workers; her daughter later revealed that Barb actually had a great time.

Grandma was horrified after being taken to Karen's diner because of the harsh environment of the restaurant.

Some of the waiters at a well-known cafe that is known for insulting its customers on purpose got in trouble recently when they went too far with their jokes.

A representative for the restaurant said that they were "disappointed" to hear about the bad meal. They also announced that suitable training measures would be implemented to make sure "nothing similar happens again."