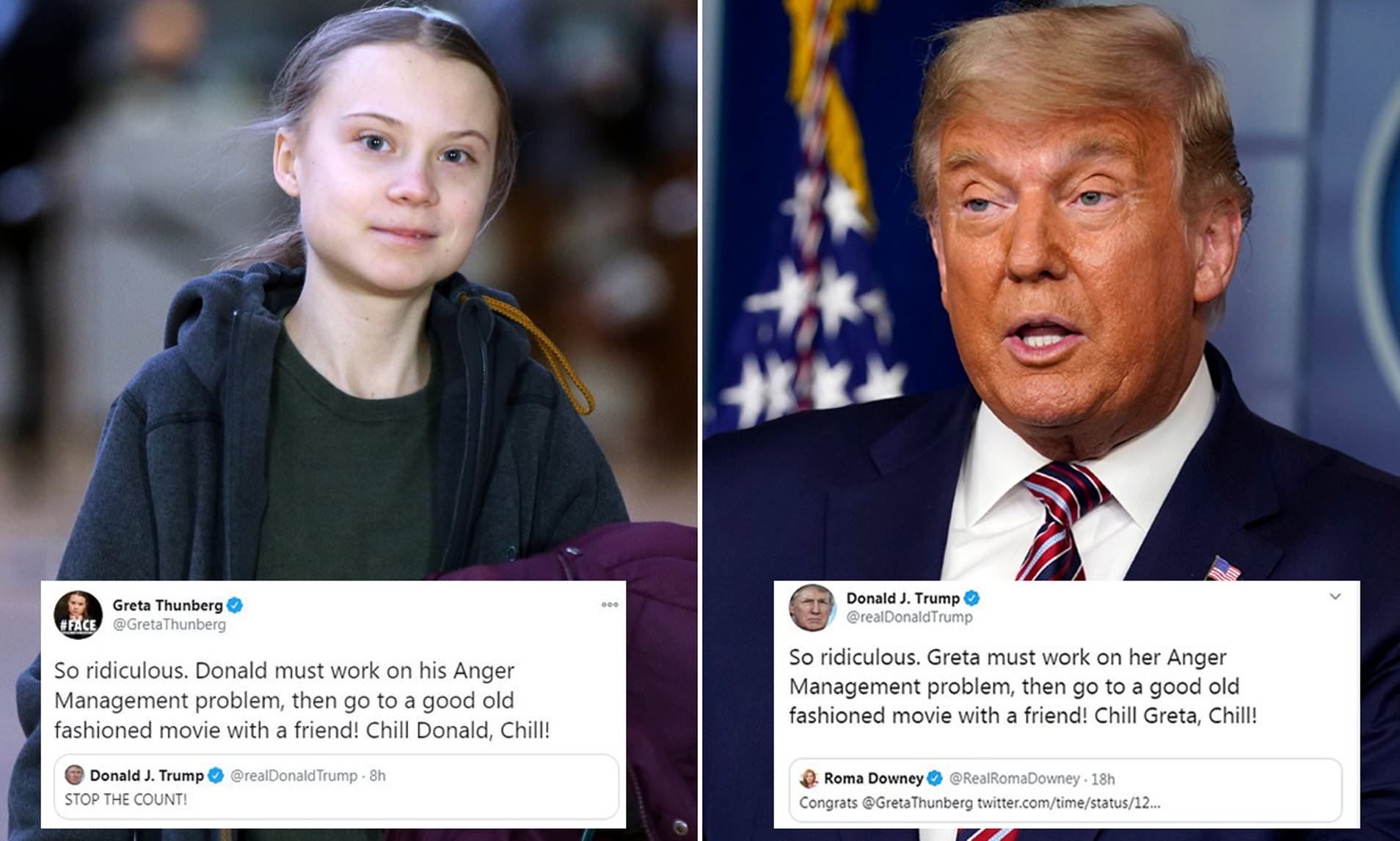 Here’s a reminder of his post when she was named TIME’s person of the year.

So ridiculous. Greta must work on her Anger Management problem, then go to a good old fashioned movie with a friend! Chill Greta, Chill!

They say that revenge is a dish best served cold, and Greta waited nearly 11 months to reply.

After Trump tweeted “STOP THE COUNT”, Greta replied with her own version:

So ridiculous. Donald must work on his Anger Management problem, then go to a good old fashioned movie with a friend! Chill Donald, Chill!

However, many people thought it was great.

Jenni Lang (@lang_towers) said, "Greta is ice, she waited a full year to troll Trump, and her timing was epic!"

That’s what you call patience.

Greta had clearly been waiting for the perfect moment to turn Trump’s words back to him. Many of Trump’s supporters didn’t get the reference though and replied by saying she needed anger management.