A man has hand-built his own AT-AT barbecue and it’s genuinely fantastic.

The Star Wars universe is a weird one that I often think about and can’t help but be confused and slightly weirded out by.

No it’s not the Force, the use of English, the fact that ‘humans” exist in this galaxy or even snakes, as well the connotations behind calling someone in this universe a snake; no, it’s the use of things like AT-ATs and by proxy, the AT-AT barbecue.

Sometime during the production of the first Star Wars trilogy, someone – probably George Lucas – decided that wheels are futuristic enough, despite Star Wars being a long time ago – and that they’re not really to be seen in the films.

With that, almost all vehicles in the franchise either float/fly, or are incredible slow-moving, clumsy and cumbersome bipedal or quadrupedal boxes that are always open to being attacked at all angles.

AT-ATs are huge and hard to destroy, but if they had massive wheels, tracks or even floated, they would be almost impossible to kill, much like AT-STs and whatever these f*cking things are…

Eventually wheels were acknowledged in Star Wars – I think you see a big car thingy in Solo and there’s that new droid in The Rise of Skywalker – and now I can sleep easy, but why did it take so long?

I guess it would be harder to make things iconic in the Star Wars films if they had wheels and it’s fair to say that the AT-AT reveal in The Empire Strikes Back would be far less amazing if they were trundling along like big monster trucks but you know what?

I’ve rambled too much. 280 words in and I still haven’t spoken about the barbecue in detail. 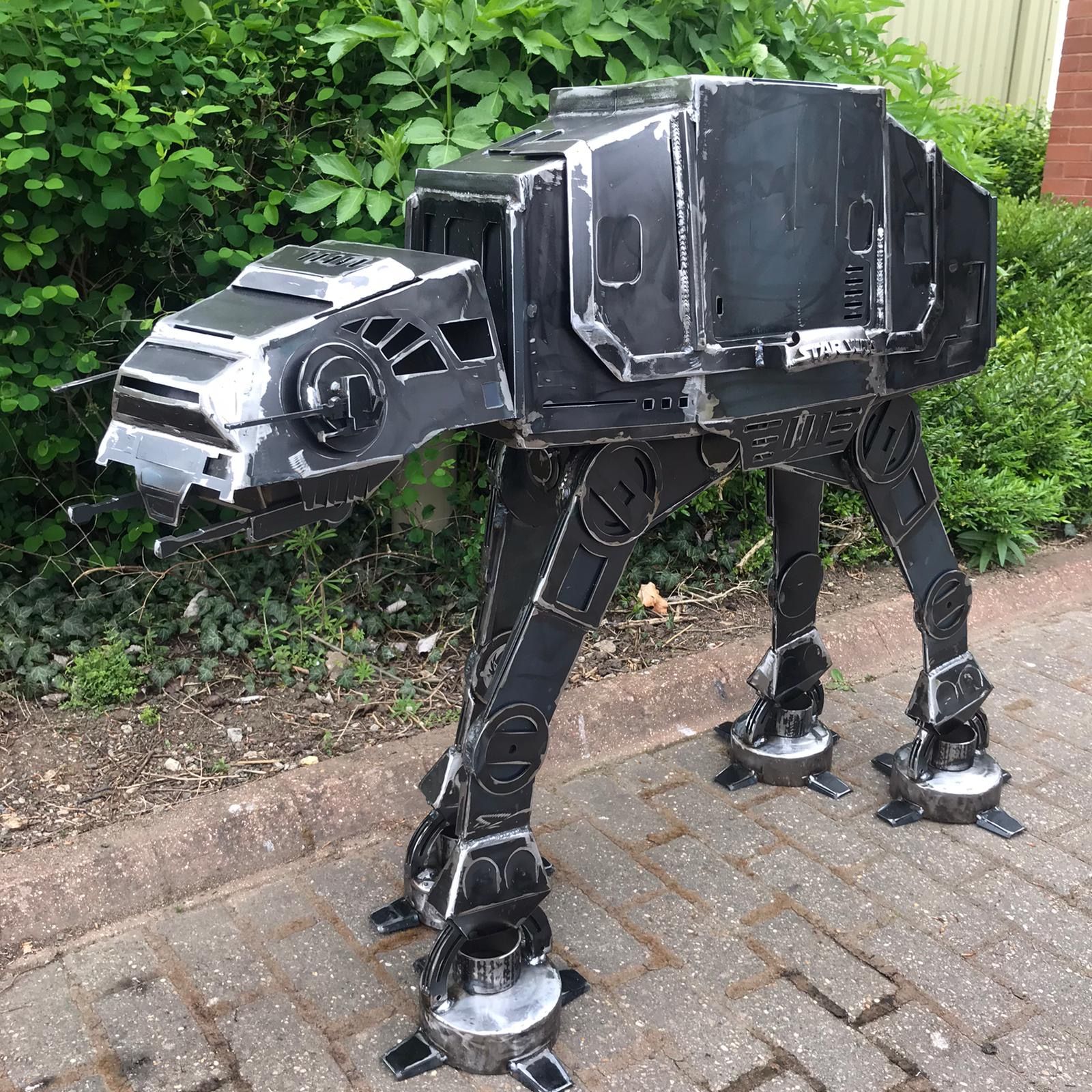 Burned By Design are the master craftsmen behind this beauty and more specifically Alex Dodson, who runs the company.

They are responsible for a whole range of zany barbecues, but it’s fair to say that this one is up there with the best.

The reason it looks so perfect is that it was made using the original blueprints from the Star Wars films. It’s not cheap, coming in at £1,395, but it’s very much built to last so it’s probably worth it.

The description for the barbecue reads:

“The AT-AT BBQ grill. The new must have for the Star Wars fanatic! Designed using original movie blueprints, the iconic AT-AT Walker has been transformed in to the ultimate BBQ! This metal beast is bound to the talking point of every gathering. 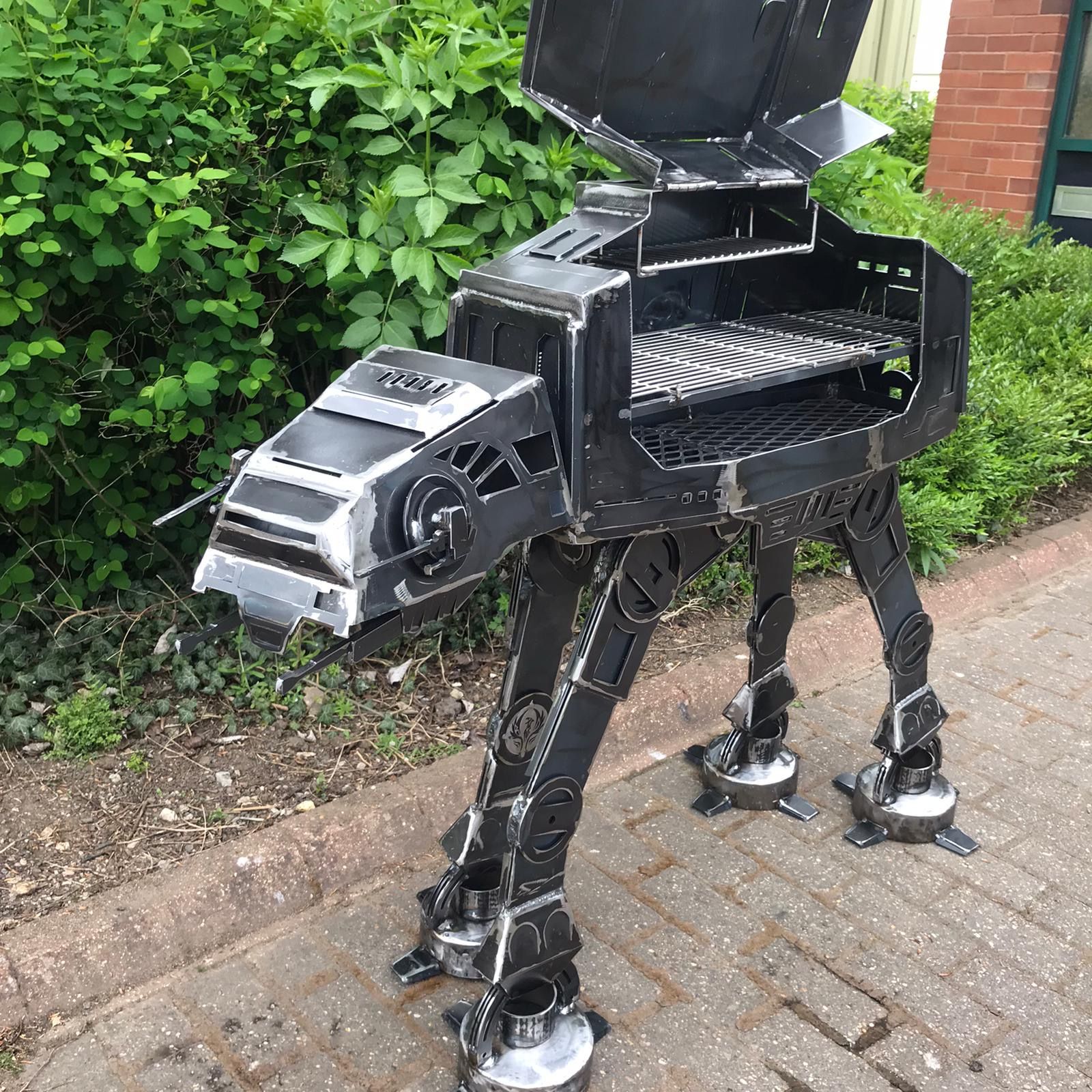 “It also features a coal rack to keep the coals elevated from the base of the burner. Approx. dimensions – L120cm X W35-50cm X H100cm. Mild steel, finished with a high temperature clear lacquer“.

I really want one of these.