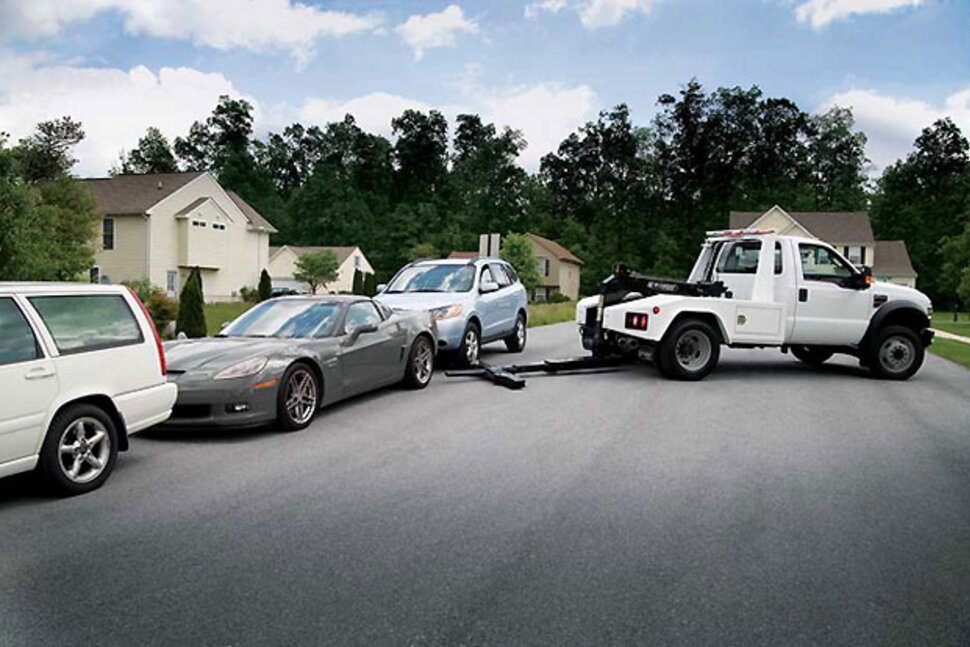 This photo was taken in Florida in 2018. A guy tries to save his truck from the repo man, grand theft and criminal mischief were brought against the white truck driver. As the majority of onlookers believed, the vehicle was being repossessed for non-payment. Yohanys, the driver, requested that passengers remove their belongings from the cab, entered, and attempted to drive away. 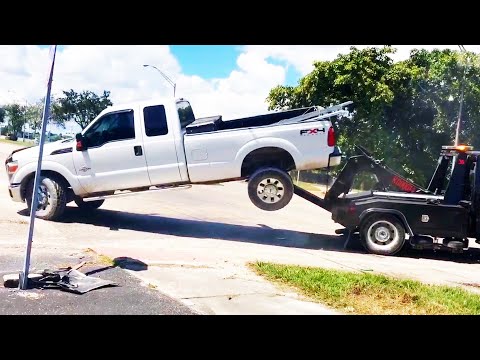 A white car being towed away

Nobody enjoys having their vehicle repossessed, but a man in South Florida went a little too far when he witnessed his truck being towed away.

Yohanys Lopez was arrested last week after he leapt into his Ford F-250 while it was being towed by a tow truck. According to the police report, Lopez was overdue on his payments and approached the tow truck driver to recover a few personal belongings.

The Repo Man was unaware that one of the things was going to be the truck.

At that point, our agent exits the truck and approaches him, and he acts as if he's not going to do anything, "Specialized Towing's Rigo Herrera told CBS Miami.

The driver began filming, and truck fans are grateful he did.

Although the truck's back end was dangling in the air, Lopez fired it up and slammed on the gas. What occurred was a titanic struggle between the Ford F-450 tow truck and the Ford F-250, powered by a Power Stroke diesel engine.

The F-250's front tires began spinning and smoking, and the F-450's front end was pulled off the ground like a bucking bronco. Lopez eventually made it to the ground with his (or the bank's) truck, but the safety chain prevented him from driving away.

Lopez, 31, is charged with grand theft and criminal mischief.

Guy Tries To Save His Truck From The Repo Man & This Is How It Played Out!

"Based on what we see in this film, we have no idea how someone will react," Herrera added.

What a typical day in the life of a repo man.

What Is Repossessed Car?

Repossession occurs when an auto lender seizes your vehicle, sometimes without notifying you or obtaining court approval. Vehicle repossession regulations differ by state; your vehicle purchase contract should specify how and when your auto lender may reclaim your vehicle.

What Is Another Name For A Repo Man?

A "repo guy," often known as a "repossession agent," is a position that comprises the recovery of collateral or past-due rented or leased items.

Can You Avoid Repossession?

By catching up on your outstanding payments, you may be able to prevent repossession. Consult your lender to determine the amount you must pay to get your account current again.

Your credit record may still contain late payment entries. However, you can avoid repossession of your automobile by catching up on your payments.

If you're having difficulty making your loan payments, consider refinancing into a new auto loan with more manageable payments. Your monthly payment may be reduced by the refinanced loan due to a longer repayment period, a lower interest rate, or both.

Additionally, refinancing can result in what is known as an "upside-down loan." This is the moment at which the value of your vehicle may fall below the amount owed on it. Due to this danger, it is critical to thoroughly analyze your refinancing choices.

Because refinancing frequently requires good credit, you should begin refinancing your loan before you fall behind on any payments. Missed payments may preclude you from refinancing, or even if you qualify, the loan terms may not result in a lower monthly payment.

Restoring Your Credit Following A Foreclosure

Repossession will have a negative influence on your credit, but not indefinitely. The negative impact on your credit score will diminish over time as long as you continue to make on-time payments on your other credit commitments.

You can rebuild your credit score by taking the following steps: