The honest-to-god truth is that while Baby Yoda is a fantastic little guy, the craze has been and gone and Disney have left it far too long to get any merchandise out.

So many crazes have been and gone since The Mandalorian debuted on Disney+ and at this point, if I could be bothered, I would cancel my £26 pre-order of a Baby Yoda toy from Forbidden Planet that won’t even get here until July.

If I got that in December when I ordered it, I would have been the happiest little boy in England. Why have Disney done this? I’m not economist, but that just seems like terrible business.

Nonetheless, months after Baby Yoda floated onto our screens, Hasbro have announced that they will be releasing a similarly themed Monopoly game, which I imagine will still result in a lot of families hating one-another.

Bizarrely, yet again, this real be released even later than all of the other merchandise, with Monopoly: The Child Edition not available until September.

You can pre-order it now, however, for $19.99 (£15) from Entertainment Earth, which ships internationally. 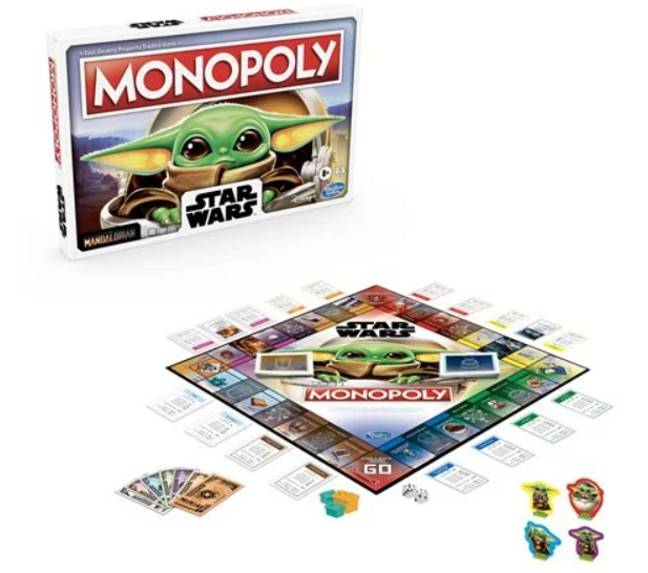 “The classic game is back with a twist through The Force!

“The Child stars in the Star Wars The Mandalorian The Child Edition Monopoly Game, and he’s brought along adventurers from across the galaxy. Take turns looking over intergalactic real estate in this daring mash-up of adventure and finances.

“Imagine traveling around the galaxy with The Child, or affectionately known as ‘Baby Yoda’ by fans. This Monopoly: Star Wars The Child edition board game features themes and artwork inspired by The Mandalorian live-action TV series on Disney Plus“.

I want to enjoy him for, say 10 minutes, and then never pay attention to him again until The Mandalorian season two comes out in a million years.

September. The show come out in like November. Ridiculous.