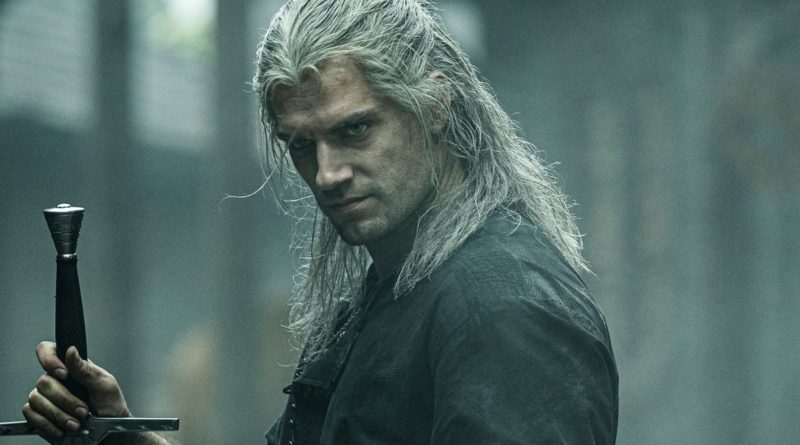 Not too long ago, it was announced that not only would the popular Witcher book series be adapted into a series that would be produced by Netflix, but also Henry Cavill in ‘Witcher’ would be playing the part of Geralt, the show's protagonist.

People have grown a fondness for the Witcher franchise throughout the course of its existence, which has resulted in it being turned into a film, a number of video games, and a number of graphic books; hence, the casting of Superman looked like the ideal complement to the franchise.

With that in mind, Netflix has given us our first look at Henry Cavill in the role of Geralt, the monster hunter, and they think it's safe to say that, so far, he's been fairly controversial among the fans.

Here are some thoughts about Henry Cavill in Witcher:

Get your first look at Henry Cavill in The Witcher! - Netflix US

"God he’s so damn handsome. How is that fair? I digress. Even if you’re not familiar with the Witcher series, it’s sort of easy to see why some people are a bit disappointed from the get-go.

For a start, he’s arguably too pretty, and it doesn’t seem at all like Netflix even made an effort to make his hair not look like a wig. Cavill will be playing a younger Geralt, pre-beard and gratuitous scarring, but even so, the concepts that fans had drawn up were pretty cool.

I remember when people would hype up Henry Cavill as Gerald of Rivia, and even make some fan art of it. What they expected vs what they got."

"Honestly he's much closer to Aegon I than Geralt." - Peter Marsh

"I'm confused is he meant to be Geralt or Draco Malfoy's dad?" - JΛKE BUCKLEY

Why does Henry Cavill as Geralt look like Legolas? - Tony Polanco

Is Henry Cavill Returning To Witcher?

The first picture from the set of the new The Witcher series has been released by Netflix, and in it, Henry Cavill can be seen finding his feet as Geralt of Rivia for the third season of The Witcher.

This also serves as further evidence that production on the new season is well underway, although a premiere date for the show's comeback has not yet been announced.

Will Henry Cavill Be In The Witcher Season 4?

In a recent interview with The Hollywood Reporter, the show's star, Henry Cavill, said that he would "absolutely" be interested in playing the same role for seven more seasons.

His only request was that they keep telling great stories and do justice to the work of author Andrzej Sapkowski.

How Much Did Henry Cavill Make For The Witcher?

According to Variety, Henry was paid a total of $3.2 million for the first season of The Witcher, which consisted of eight episodes and a total of 400 thousand dollars per episode.

However, it is evident that Henry negotiated an increase in his pay with Netflix for season 2, as his current payment per episode is more than double the previous amount.

Where Was The Witcher Filmed?

The interior shots of the series were primarily shot in Budapest, which is Hungary's capital city and served as the principal site for the series. That area was also home to the principal filming studio for the production. The Vajdahunyad Castle is easily the most identifiable landmark in the series.

Is Henry Cavill In A Relationship?

Henry Cavill is completely content with the love he shares with his partner Natalie Viscuso, and he is not going to let anyone steal his happiness.

Henry Cavill is a British actor whose net worth is $40 million. Although Henry Cavill is best recognized for his role as Superman, he has also achieved acclaim for starring in a number of other film and television projects.

Henry William Dalgliesh Cavill is an actor who hails from the United Kingdom. He is best known for his roles as:

All of these roles have brought him international fame.

Also, Henry Cavill's future as Superman has been a source of speculation, despite the fact that he will reprise the role in Zack Snyder's Justice League in 2021.

The landscape of the DC Extended Universe (DCEU) as it stands right now has primarily focused on other notable heroes, such as Wonder Woman, Aquaman, and Shazam, and many people would agree that a notable omission is Cavill's Man of Steel. [Cavell's] Man of Steel has been absent from the DCEU so far.

This comes following news that a project focusing on a Black Superman is in the works, effectively putting an end to Cavill's long-awaited return. Cavill expressed his enthusiasm for the project.

It's not hard to understand where all of these different people are coming from at all. He is ridiculously handsome, but that's just our Henry - he's a real live specimen. It is recommended that people should watch this on Netflix. They have been known to make some real stinkers, but on the whole, they typically get it right.