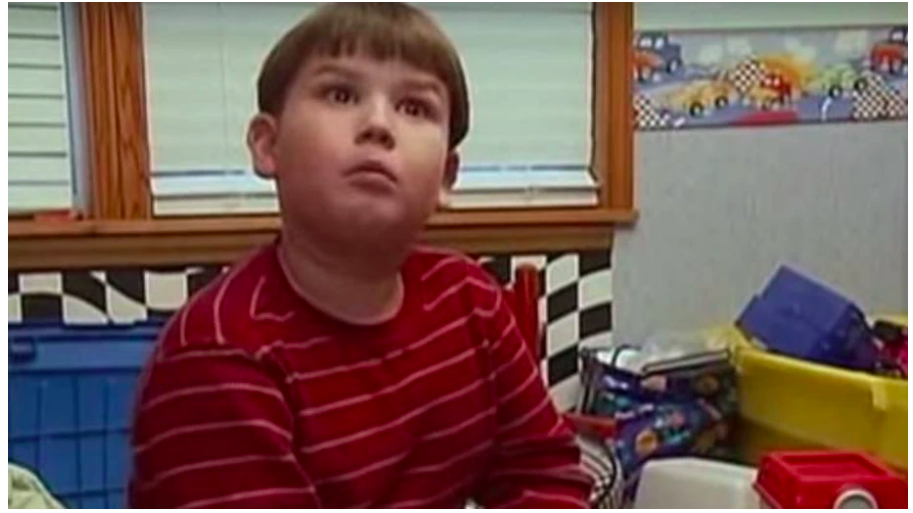 For those who aren’t familiar with the show – you’ve been missing out as it was rather entertaining (particularly the US version although it originated in the UK).

The American version of the show first broadcast in 2004 on ABC network and follows two families, usually from different social classes and lifestyles, swap wives/mothers – and occasionally husbands – for two weeks.

Curtis Holland was just a little tinker when he shot to internet fame after clashing with his replacement mum, Joy Brown.

He wasn’t her biggest fan.

Joy was a fitness instructor and wanted Curtis to ditch some of his unhealthy habits most notably his love for chicken nuggets and bacon.

‘King Curtis’ wouldn’t have any of it and hit us with some amazing one liners including: “chicken nuggets is like my family” and “bacon is good for me”.

He even wanted chicken nuggets for breakfast.

Viewers couldn’t help but love him – particularly when he announced: “I don’t wanna be skinny, I wanna be fat and happy” in response to Joy’s relentless attempts to swap out his beloved nugs for fruit and veg.

KING CURTIS BACON IS GOOD FOR ME UPDATE

Curtis was hit across the globe and informed many a GIF and meme.

Now 18-years old, Curtis says he has no desires to pursue being a famous star.

He favours a somewhat modest life and is currently pursuing a job in welding.

Curtis said: “A lot of people say well why don’t you just get up with a bacon company and do commercials or something… I mean I wouldn’t mind doing that if they came and asked me”.

But he claims there wasn’t much money to be made as a result of his viral stardom.

Apart from the $150 he banked as a result of his 2017 ‘King Curtis Bacon is Good for Me Update’ YouTube video that he posted to inform fans of where his life was then as a result of Wife Swap.

It seems Curtis is the only person not to be reaping the rewards of his viral fame as he revealed: “All the other stuff like the ‘Bacon is good for me’ songs, they’ve [the creators] made $75,000 and that’s a lot of money putting away”.

“I mean it doesn’t annoy me because it ain’t my fault; it’s nobody’s fault in the situation. They found a way around the system”, said Curtis when asked if it annoyed him.

He added that he is still recognised even a decade on and enjoys meeting his fans: “If I can go up to somebody and make their day and make them smile, I feel like I’ve done a great thing”.

We salute him on his humble nature and wonder whether he’ll make any further television appearances and steal the limelight once more or will he just remain happy in the shadows?