How A ‘Sex Scene’ Ended Up In A Harry Potter Film

You may be thinking ‘I don’t remember a sex scene in Harry Potter‘ and in a way, that’s fair because this one was only implied, rather than being an out-and-out Blue Is the Warmest Colour fest.

So what is the sex scene in Harry Potter? Well it’s something that you’ve probably already seen in memes and the like, as it’s a throwaway moment that occurs in the end credits of The Prisoner of Azkaban that shows two people on the Marauders Map getting extra close… 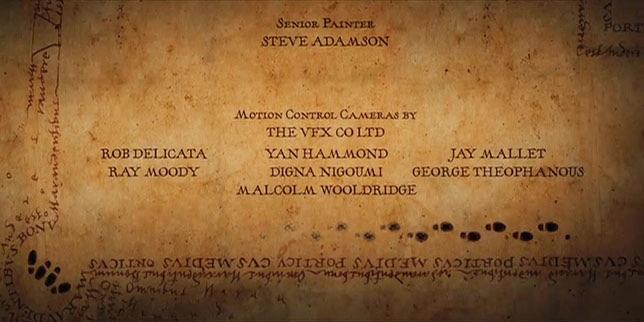 See that at the bottom-left? Some classic stand-shaggin’ in a hidden corner, dangerously nearby to someone walking off to the right.

Could they have some sort of invisibility charm going on? It’s Harry Potter and most people in that can do anything, so probably, yeah. But regardless of that, how was this allowed to appear in a PG film that, despite what you may think, is for kids?

As it transpires, this was all down to Rus Wetherell – who was the visual effects guy behind the entire end credits scene. At the time, this particular sequence was pretty groundbreaking and was the longest in a film yet and it took bloody ages to make. HuffPost managed to track him down and asked him what he was getting up to when he made that.

Wetherell said that he has been working for 20 days back-to-back, all with stupidly long hours, to get this done and at one point he “chucked a couple there and it made [him] laugh at 4 a.m“.

However, after getting it in there and with Alfonso Cuarón loving the moment, Wetherell insists that it wasn’t actually a sex scene, and more of an “embrace”. He intended it to be a “behind the bike shed” moment that “wasn’t meant to be any particular character from the movie“.

He added that while it could have been Harry and Cho Chang, their relationship didn’t grow to that stage in the films until Order of the Phoenix.

“It was just something there that was amusing for the adults in the audience and kids wouldn’t really understand“.

Well there you have it.