How Blockchain Can Open Up Energy Markets? 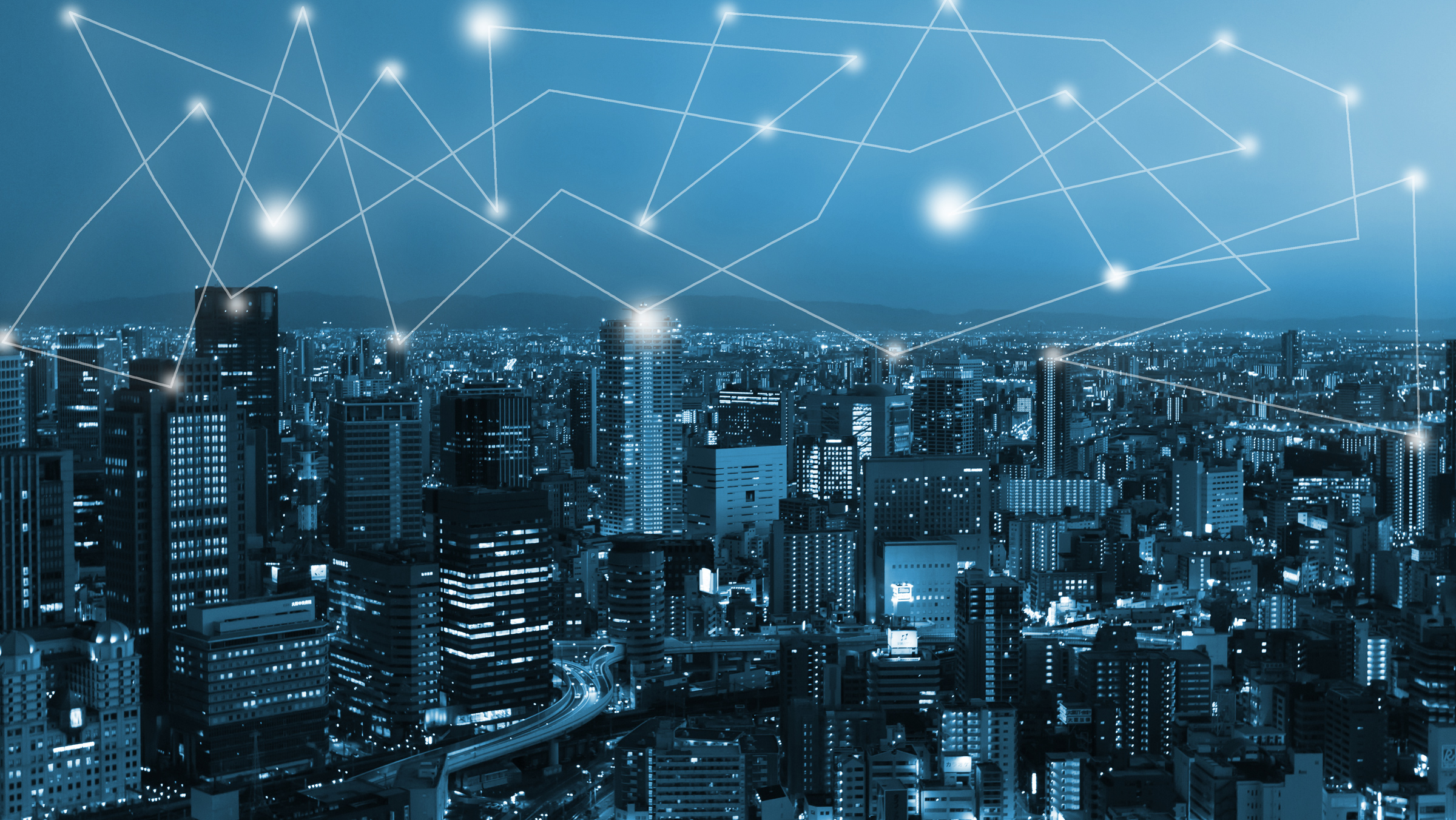 How blockchain can open up energy markets? It is believed that blockchain will prove to be a useful instrument in the recording and facilitation of transactions between energy users and energy producers.

So keep reading for a detailed guide.

Aside from the trendy neologism of Web3, there is also a notion known as Industry 4.0, which is a little less catchy but by no means less vital.

This idea refers to the novel and game-changing forces that will shape the industrial landscape of the next generation.

In particular, when it comes to the energy industry, blockchain technology is at the core of these many technological advancements.

The authors of a report titled "Blockchain Applications in the Energy Sector" which was just recently published by the EUBlockchain Observatory are convinced that distributed ledger technology (DLT) has the potential to become a key enabler technology and has a very high potential to influence or even disrupt the energy sector.

When one considers the five D's that make up the Digital Green Shift—deregulation, decarbonization, decentralization, digitalization, and democratization—this should not come as a surprise. 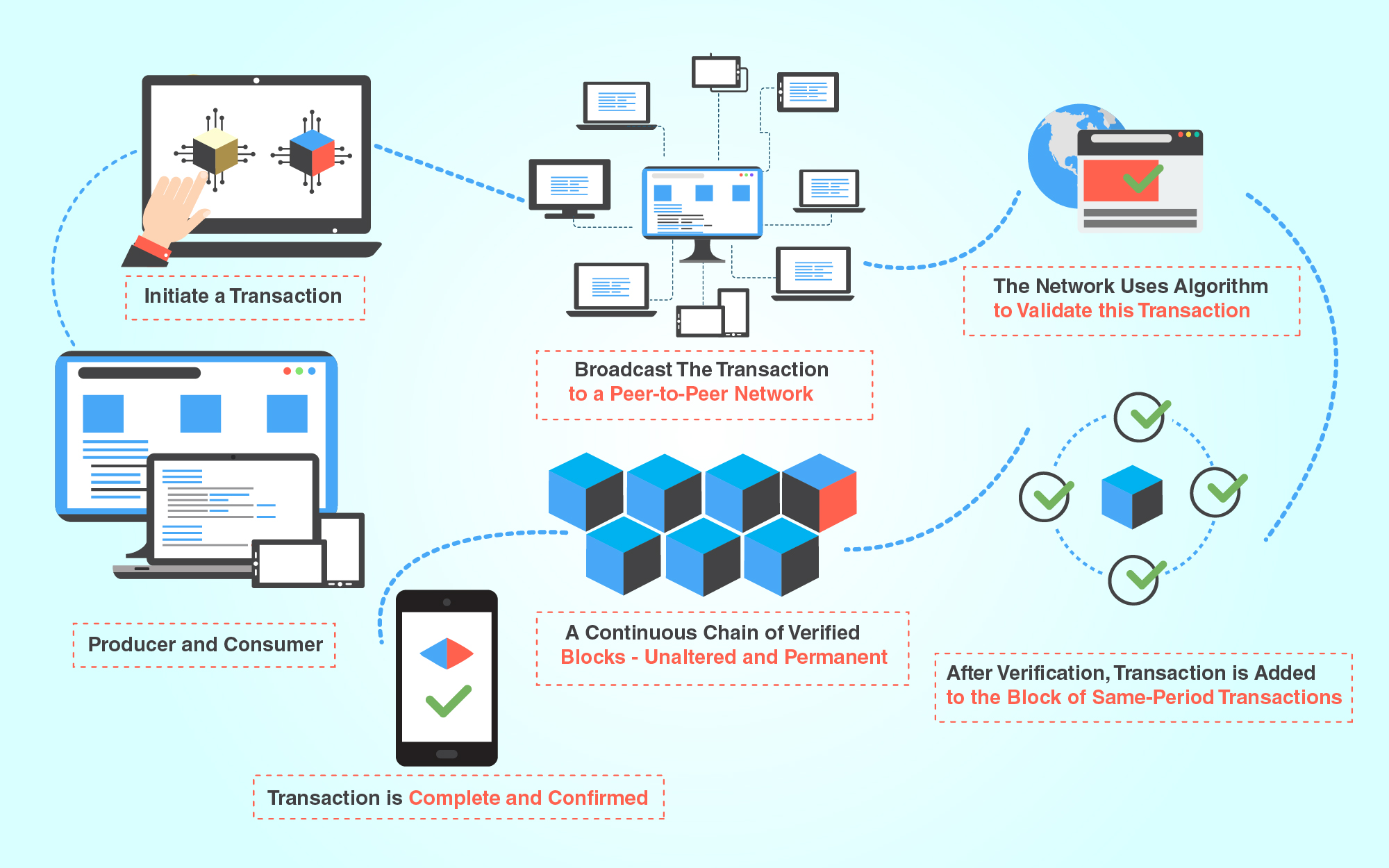 An interview was held between Cointelegraph and EU DLT experts about how blockchain can open up energy markets. Important points of that interview are discussed below.

Cointelegraph (CT): The report notes that, to this day, no blockchain/DLT solution has been widely adopted by energy system stakeholders. Why do you think this is? Could you try to answer it?

Ioannis Vlachos (IV): The main barrier to the wide adoption of blockchain solutions by energy system stakeholders is related to the way that energy markets are currently structured.

The regulatory requirement, in most countries worldwide, for small-scale flexibility assets such as residential batteries, electric vehicles, heat pumps, and others makes it possible to participate in energy markets only via their representation by an aggregator.

Considering a more direct market design where flexible assets, irrespective of their capacity, can directly bid into an energy market will minimize their marginal costs and will promote and foster the participation of small-scale distributed energy resources (DERs) in energy markets.

CT: How could blockchain be used to track non-electric energy sources, such as biofuels?

IV: Blockchain technology provides the means to create a trusted ecosystem of actors, where all information exchanged between assets, systems and actors can be independently verified by means of DIDs and VCs.

This is extremely important to provide the required audit trails in non-electric energy supply chains such as natural gas, green hydrogen, and others. 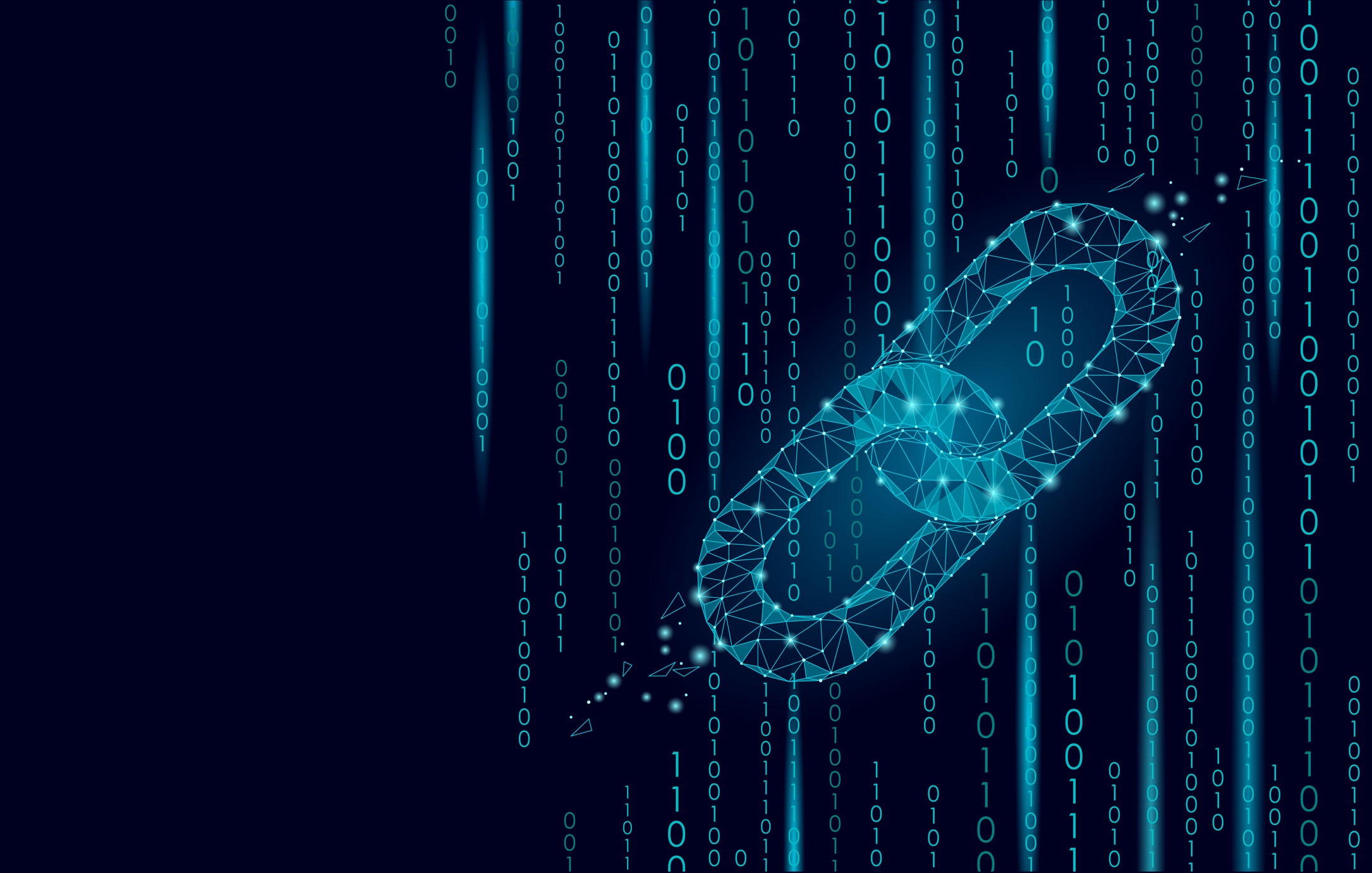 Recently, Shell, together with Accenture, and American Express Global Business Travel with the support of Energy Web as the blockchain solution provider, announced Avelia, one of the world’s first blockchain-powered digital book-and-claim solutions for scaling sustainable aviation fuel (SAF).

CT: Could you explain the concept of granularity, which sets the demand for blockchain in the energy sector?

CT: The report mentions a self-sovereign identity, defining it as “a growing paradigm that promotes individual control over identity data rather than relying on external authorities.”

It’s easy to imagine this kind of paradigm with personal data online, but what importance does it have for energy production and consumption?

IV: The importance of self-sovereign identities (SSI) for energy production and consumption stems from the fact that prosumer’s energy data can be considered as private data [Prosumer is a term combining consumer and producer roles by one individual or entity.]

Especially in the setting of the European Union and under the light of the General Data Protection Regulation, the granularity (sampling frequency) of smart metering data can be highly associated with the privacy of data.

Moreover, given the fact that new business models are emerging that utilize prosumer energy data to facilitate the provision of energy efficiency and management services, empowering the prosumer via the concept of SSI to consent for the distribution, processing, and storage of their energy data is more of a necessity rather than a luxury. 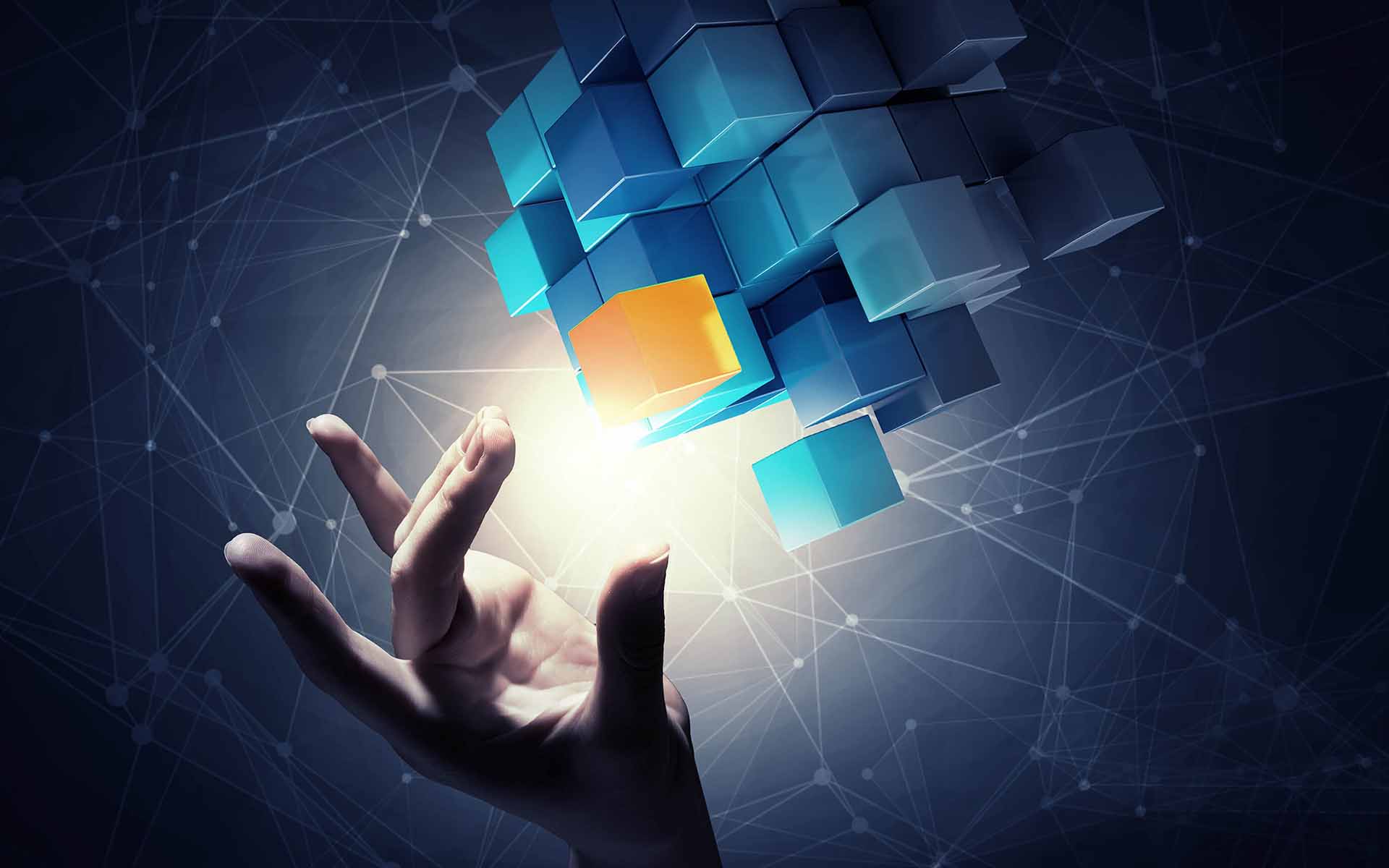 In the energy industry, blockchain is regarded as a potentially useful tool for recording and facilitating transactions.

These transactions involve a wide variety of use cases, including the following examples:

It is conceivable to implement peer-to-peer (P2P) electricity trading between several users by utilizing blockchain technologies as a potential solution.

In general, blockchain-based systems provide high levels of data security and transparency, which makes them an ideal option for carrying out peer-to-peer trading in the electricity market.

Consider using one of these systems to conduct P2P trading in the electricity market.

P2P energy trading that is enabled by blockchain technology enables prosumers to sell their excess electricity directly to local consumers without the need for a retailer, making it possible for transactions that are profitable to both parties.

Blockchain has the potential to revolutionize the renewable energy industry in a variety of ways, including certifying the origin of green energy through the allocation of generation assets to a particular point of consumption, making energy grids more accessible through the sharing of data in real-time, and facilitating the completion of a transaction between two parties.

Why Is Blockchain So Energy Intensive?

The decentralized nature of blockchain (bitcoin) is what's responsible for its enormous carbon emissions footprint. It requires computers to solve increasingly more complex mathematical problems in order for transactions to be verified. The energy requirements for operating this proof of work consensus process are significantly higher than the majority of people realize.

Consumers may benefit from increased efficiency and control over their energy sources if blockchain technology is implemented. In addition, the data on how much energy was used may be updated safely and in real-time thanks to an immutable ledger. Prices on the market, costs at the margin, compliance with energy laws, and fuel costs are all examples of different forms of statistics related to energy.

What Is Blockchain In Power Sector?

A distributed ledger that is not specific to any business is what blockchain technology in the power sector is. It has the capacity to store transactions and manage them among different participants.

This article has a comprehensive answer to the question of how blockchain can open up energy markets. But still, if you have any queries let us know in the comment section below.

Have you heard about the seven deadly sins of cryptocurrency?