How Mirrors Are Made - Explaining The Modern Techniques 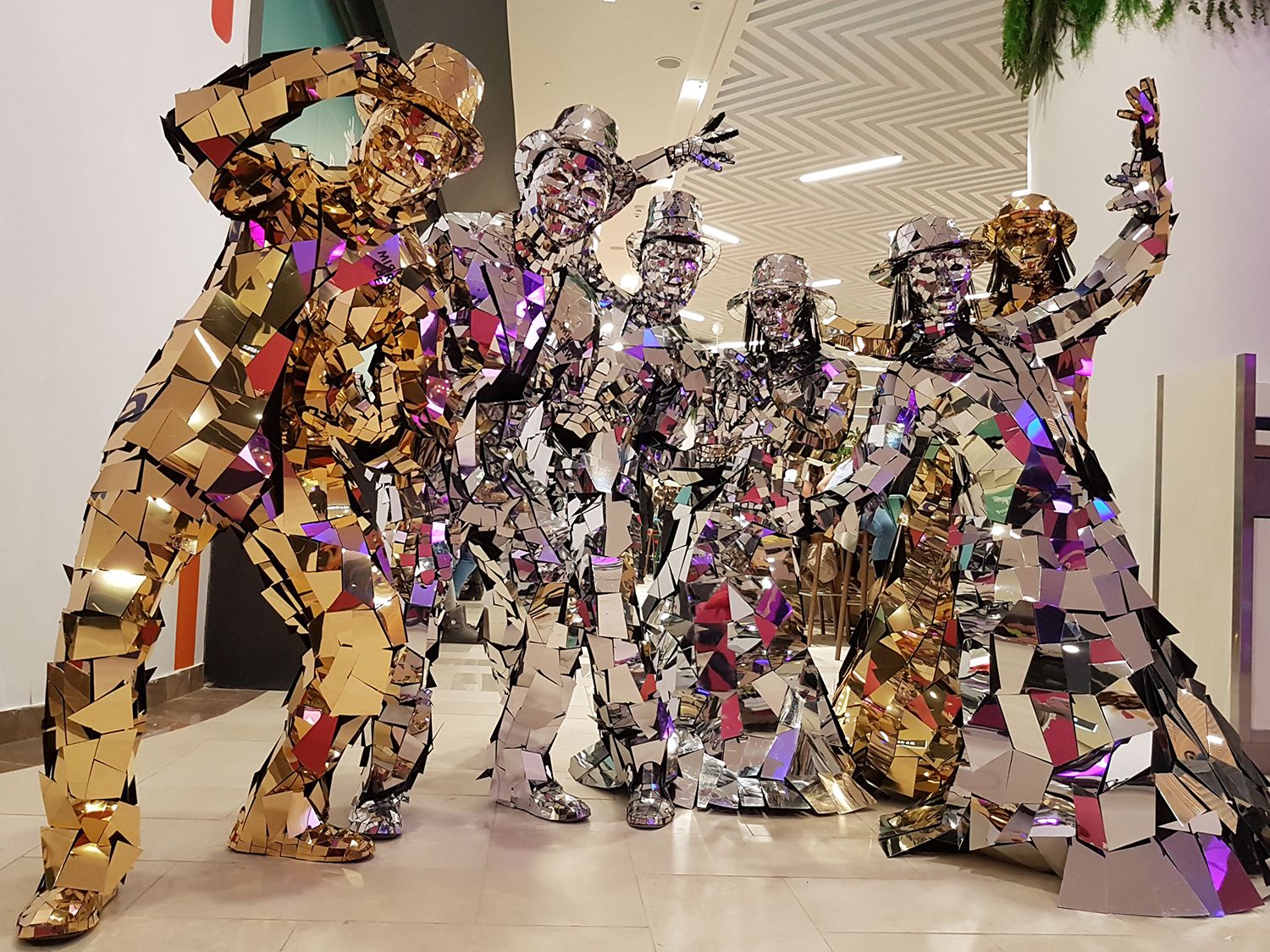 You have seen thousands of mirrors in your entire life, seeing your reflections thinking about how it works, or even thinking about the mirror world (heard in conspiracy theories). If you have wondered how mirrors are made, this article is for you.

Humans have been enthralled by reflections from the beginning of recorded history.

In a pool of water, Narcissus is said to have been enchanted by his own reflection; mirrors are said to have magical properties in fairy tales.

Mirrors have developed from reflective surfaces like pools and polished metal to portable and bathroom mirrors made of transparent glass.

Reflective surfaces on cars and in hotel lobbies have been employed in interior decoration since the 17th century, and they are still widely used in contemporary architecture.

Other practical uses of mirrors include assessing your appearance, assessing what is behind you on the road, constructing skyscrapers, and creating scientific research tools like microscopes and lasers.

Here, by reading this article your every query will be answered. So let's start with history and then to how mirrors are made now.

How Were Mirrors Made In The Past?

Mirrors manufactured by humans have been around for a very long time. The ruling classes utilized the earliest mirrors, which were frequently polished metal sheets.

The demand for looking glasses and the advancement of mirror-making processes was great since appearance frequently reflected and, in some circumstances, defined position and power in society.

In the 1600s, silvering—the procedure of applying melted silver to the reverse of a glass sheet—became the most often used technique for creating mirrors.

These early mirrors frequently had warped glass, which caused an image ripple.

In some extreme circumstances, the images reflected by these mirrors resembled those found in modern funhouse mirrors.

Around 600 B.C., when people first began to create basic mirrors, polished obsidian was employed as the reflective surface. Later, they began to create more complex mirrors from metals like copper, bronze, silver, gold, and even lead.

These mirrors were small by the standards, though, rarely measuring more than 8 inches (20 centimeters) in diameter and being mostly employed for ornamentation.

One exception was the Pharos, the Alexandrian lighthouse, whose huge metal mirror reflected the sun during the day, and the lighthouse during the night.

Raw Materials - Mirror Is Made Up Of Which Metal

Mirror glass is a poor reflector. It reflects only 4% of light. When polished, it has homogeneity.

After polishing, the glass will have a few pits and make a good substrate for a reflective metal layer.

The metal layer's surface is highly even, without lumps or wells. Glass is a good mirror material because it can be shaped.

Melted silica is poured or rolled into sheets. High-quality scientific mirrors employ additional types of glass. These contain a chemical to strengthen or protect the glass.

Pyrex, a borosilicate glass, is used for high-temperature mirrors. Plastic substrates can sometimes replace glass ones.

They can be injection molded into flat sheets and circular and can be opaque or transparent.

How Are Modern Mirrors Made?

There is not a significant difference between the nature of a pool of water and that of a modern mirror.

Some of the light that falls on any surface will be reflected by that surface.

Mirrors are flat, shiny surfaces that have a black background and are exceedingly smooth. They reflect light very well.

Modern glassmaking and metallurgical methods make it simple to create glass sheets that are incredibly flat and uniformly coated on the back, greatly enhancing image clarity.

However, the amount of effort and resources used to produce a mirror determines its quality.

When compared to a nice bathroom mirror, a handheld handbag mirror may reflect an image that is distorted.

Scientific mirrors are made with almost no flaws or distortion-causing characteristics.

The process of silvering, or spraying a thin layer of silver or aluminum onto the back of a sheet of glass, is used to create modern mirrors.

Although the method was developed in 1835 by Justus Von Leibig, the majority of mirrors are now created by heating aluminum in a vacuum, which subsequently binds to the cooled glass.

Nowadays, the mirror substrate is first formed, followed by polishing, cleaning, and covering.

Making mirrors is a relatively easy process. Glass sheets are given a reflecting coating to create mirrors.

Due to its transparency, ease of production, stiffness, hardness, and capacity for a smooth finish, glass is a primary component of mirrors; nonetheless, it is a poor material for reflection.

Metal coatings like chrome, gold, or silver are examples of materials that are frequently used. Most modern glass mirrors have non-toxic silver or aluminum coatings.

It is crucial that the glass is perfectly polished because any dings or impurities would generate waves in the mirror and distort the picture reflected.

There are numerous ways to coat glass with the desired metal to create a mirror.

Metal is condensed onto the glass sheet in specific chambers where it is heated to a boil, creating a thin yet flawless covering of metal for use in industrial products.

To protect the metal coating, the mirror's back has been coated.

Effective mirrors must be specifically crafted, and the glass sheets that are utilized must be flat and long-lasting.

The thickness of the mirror is crucial for home use since it affects how strong it is in direct proportion to thickness.

A specific surface design is required for heavy-duty mirrors and mirrors used in scientific research in order to maintain homogeneity while introducing a curvature.

The mirror can now focus as well as reflect light thanks to this method. The mirror design dictates the type of coating that should be applied.

When choosing a coating, durability and reflectivity are the most crucial factors. Mirror quality control is a crucial step in the manufacturing process.

To inspect for scratches or surface irregularities, the mirror's surface is often examined with the unaided eye or under a microscope.

There is also a thing known as a one-way mirror being used commonly in recent years, if you want to know about it keep reading.

How Is A One-Way Mirror Made?

A one-way mirror film or one-way glass film is first and foremost a kind of window film. It is a reflective window coating that is put right on top of the glass.

One-way mirrors, also known as transparent mirrors, are created by coating the glass with a tiny layer of metallic, reflecting material.

The term "half-silvered surface" refers to this thin coating's reflecting molecules, which cause the mirror to be only partially opaque.

There is a video on Reddit showing how to make mirrors. That video is provided below.

A Reddit user proxyproxyomega explained how mirrors are made in earlier times, " historically, people have used large dish of water as mirrors. mirrors were highly prized objects back then. mostly polished metals. not super flat but still pretty good. then when glassmaking became developed, they poured silver to make mirrors. the specific techniques were trade secrets and nations fought over them. mirror making didn't just happen or we stumbled upon it, it had been sought after for millennia and researched, got better and better slowly.

what we see here is a industrially scalable fabrication method. it means using chemicals, rather than molten metal, mirrors can be made en mass. the person who invented this technique most certainly have seen perfect mirrors before."

Lightice1 shared interesting information about mirrors, "Most pre-modern mirrors weren't made with silver nitrate, but with lead glass. Venetian mirrors, the famous ones you're talking about, were made with tin plating, using tin-mercury amalgam. Silver nitrate-based mirrors were only invented during the Industrial Revolution.

The process of coating a mirror is called silvering, but it usually didn't involve any actual silver. Only in China were silver-coated mirrors commonly used, I believe."

What Material Is A Mirror Made Out Of?

A mirror is usually composed of glass, has a flat or curved surface, and is covered in reflecting material.

How Are Mirrors Made?

Is Mirror Made Of Sand?

Sand is not used in making mirrors. To put it simply, glass is created by melting sand at high temperatures, and mirrors are typically formed of silvered glass. Sand, lime, and soda are the main ingredients used to make glass.

This article contains every bit of information about how mirrors are made. Don't forget to comment about your opinion about this.