How To Combine Spells In Spellcraft Minecraft Game? 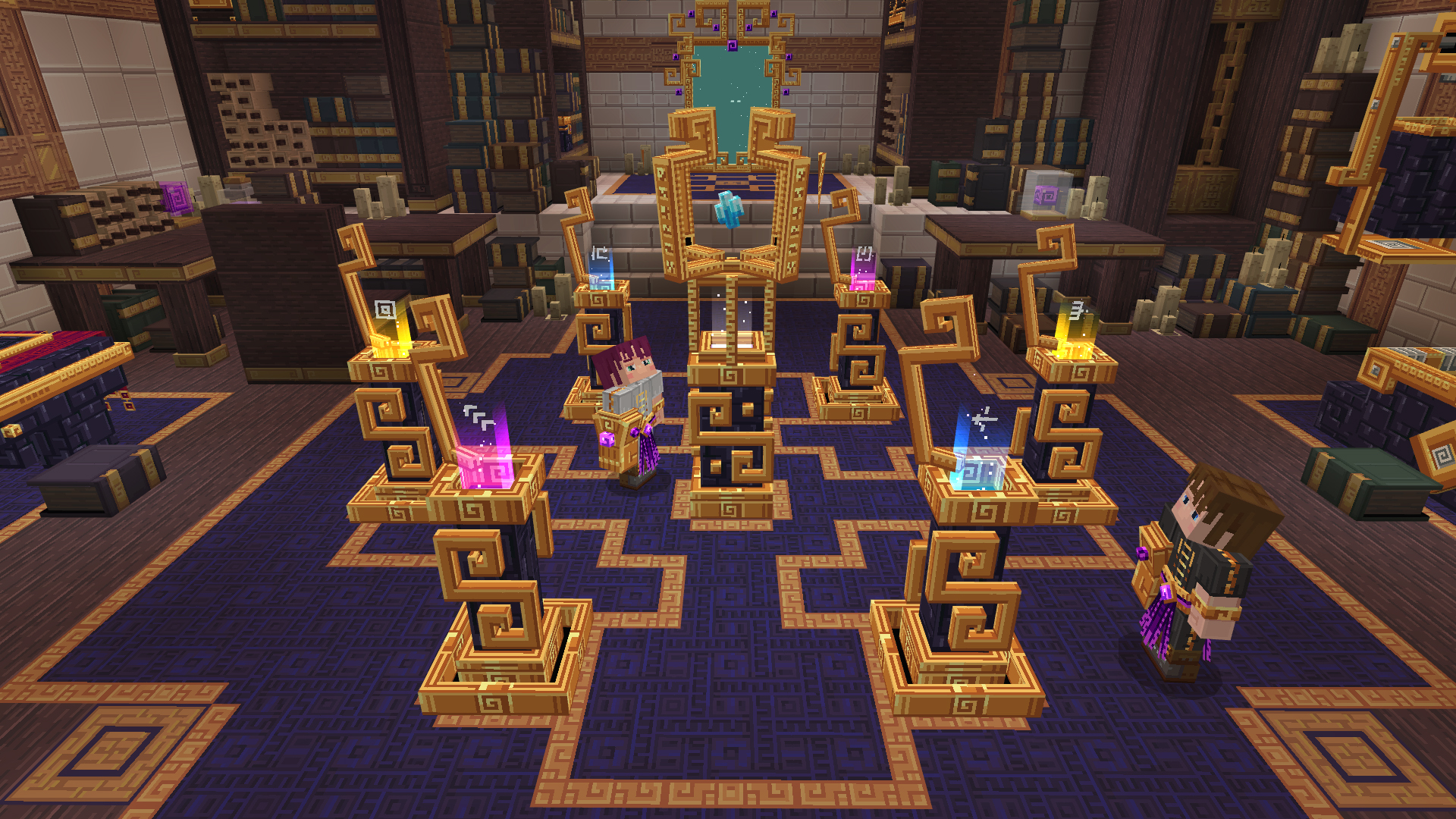 The Minecraft community has long talked about magic, and many developers have created mods and add-ons to make the game a little more mysterious.

With the release of the free Spellcraft DLC, which significantly expands the game's magical elements, players can finally rejoice. So, how to combine spells in Spellcraft to make this game more fun?

On systems running the Bedrock Edition of Minecraft, Spellcraft is downloadable for free and offers hours of fresh content. This features an abundance of spells that can be combined to produce different results.

There are also a lot of mysterious mobs along the way, which makes this DLC a good way to celebrate the fifth anniversary of the Minecraft Marketplace.

The Spellcraft DLC for Minecraft, created by Gamemode One, was accessible starting on July 5, 2022. It makes excellent use of the game's new scripting API.

Players are given the ability to create countless spell combinations and come across many magically-derived hordes and monsters. But players who like the way Minecraft used to be played don't have to worry because everything has been kept the same.

Spellcraft enables players to mix and match over 20,000 different spells with varying effects and elements. Over time, players can level up their skills and become more powerful. As they advance in their magical discipline, this gives them stronger magical skills.

Spellweaving is undoubtedly a significant component of this DLC, but it isn't the only one. Players need targets for their spells that are more powerful than the game's common mobs because they have so many spells available to them.

Magical rifts are useful in this situation since they let players enter other realms and engage in fight with the inhabitants there. Players can engage in combat with arcanists, toxic ghouls, frost spiders, and even spiders that can employ spellcasting against them.

Additional capabilities that haven't been seen outside of mobs and add-ons are also possible because of the new scripting API. One of the features that was advertised is health bars for foes inside rifts.

Spellcraft Minecraft How To Combine Spells?

Below is the best-rated video on how to combine spells in Spellcraft as rated by LegoLand.com:

How Many Spells Are In Spellcraft?

Spellcraft offers interesting foes like toxic ghouls, enormous ice spiders, magic-casting Arcanists, and much more, as well as over 20,000 different spell combinations. The new scripting API for the Bedrock version of the game is being introduced on this map.

How Do You Make Spells In Spellcraft?

A spell creation table is necessary to start casting spells. Three elements make up each spell: a book, an elemental rune, and a concentration rune. Every set of runes creates a spell book for a distinct spell. To learn the spell, consult the Spell Book.

Only until your subsequent Battlegrounds/Recruit phase do spellcraft effects last. This implies that you get to choose where you place your spells during the following combat each turn. If you don't use any spellcraft spells during your turn, they disappear from your hand.

How to combine spells in Spellcraft? Players can use things like runes to come up with spell combinations, making sure they have a resource that can be used over and over again to keep improving their arcane skills.