How to spot false posts from Ukraine is something that is challenging right now. People have access to a wealth of information but you must be aware of false information while searching such as misleading news, false reports, and conspiracy theories. An example of the pressing news that bothers humanity today is about Russia invading Ukraine.

Those who spread false information can do a lot of damage to the people around them. Are you one who bothers about the circulated false report about this and Do you always double-check whether the news you read on the internet is accurate or not?

Behind-The-Scenes Images From The Set 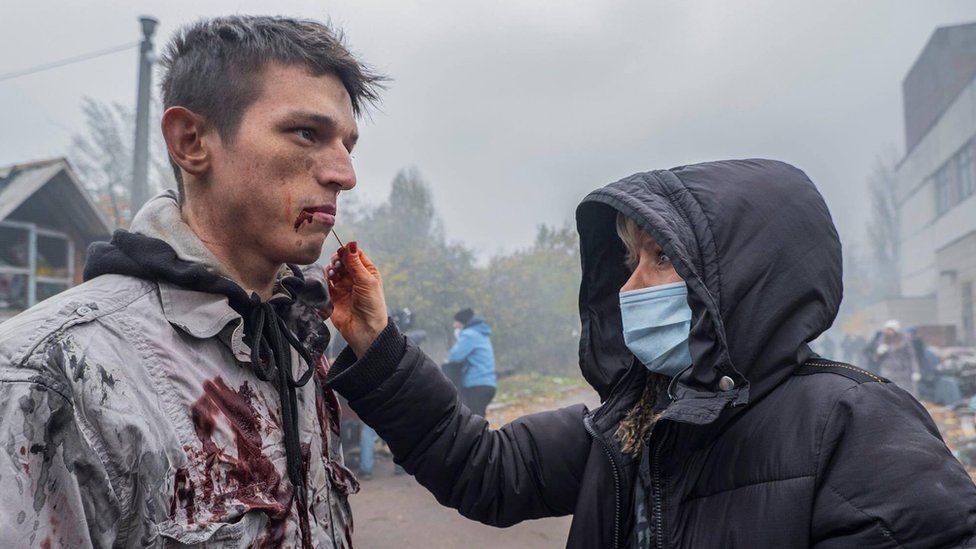 It's been seen by millions of people because it shows that the Ukraine war is a hoax and that civilians who are injured are "crisis actors." In fact, the video was shot in 2020 on the set of the Ukrainian TV show Contamin, which was filmed in 2019. The male actor can be seen in them. But the video isn't about the war.

The picture shows a snapshot of a video of a climate change rally in Vienna that is being used to portray false Ukrainian war victims from the war in Ukraine. This has gone popular on numerous platforms, and it has been widely shared by pro-Kremlin accounts on social media. There is an allegation that the video shows a Ukrainian body moving, indicating that the war in Ukraine is an elaborate hoax or "Western propaganda." However, the video is from a climate change protest in Vienna that took place in early February.

Fake Posts From Ukraine-What To Look For

There is disturbing footage being shared of what is happening in Ukraine. But old combat film is also going viral. People often share it out of astonishment or to aid. But it only adds to the turmoil. Look for indications in a film, such as the weather, road signs, and languages spoken.

Videos showing Russia's invasion of Crimea and a 2020 Beirut bombing have been extensively shared as being from the current battle. Using Google Maps, you may verify the video's location. You may also do reverse image searches to determine if the identical movie or image has been shared online before. That's a telltale clue it's been reused.

Who Is Sharing It And Why

Misleading videos often pursue likes and shares. It's a difficult period, and posts regarding Ukraine are sure to become viral. Others share bogus statements to promote specific storylines, or to cause doubt and confusion. There are pro-Russia accounts that disagree with Ukrainians, alleging the war is "manufactured" or that Ukraine bombs its own land.

Much of the war-related social media is disturbing. It causes a reaction, so people spread posts without verifying their authenticity. Using our emotions and prejudices to disseminate misinformation. Not only can sad stories go viral, but so do happy ones. While they may raise morale, they also add to the online chaos and make it harder to discern what's going on.

What Is Real News

The real news is written by real journalists who follow a reporting code of ethics. One approach to ensure you're getting factual news is to make sure it's written by professional journalists rather than amateur content makers. If you're unsure about an author, Google them to learn more about them.

According to the Society for Professional Journalists' Code of Ethics, journalists should: Seek out the truth and report on it, reduce the amount of harm that occurs, act on their own, and accountability and transparency are essential.

Online News Sources You Can Trust

Try examining these sites to see if a story has already been "debunked" before you believe it.

Many people who use social media read fake news stories they didn't know were fake. Here are some ways you can tell if a news story is fake:

Check Out The Site

Some news sites are fake, so pay additional caution if the website or publisher is unfamiliar. Keep an eye on the URL, as some fake news sites utilize URLs that appear like actual news organizations but aren't. If you are still unsure about a website, look for the "about us" page and thoroughly read it. Others will state that they are parodies or intended merely for entertainment.

Is The Headline Sensational

Because most people who see an article on social media will only read the headline, many fake news sites employ a sensational headline to entice readers to spread the post to a larger audience. If the story has an absurd headline or a crazy assertion that draws you in, go past the first few words to uncover the evidence. Remember, if it sounds too good to be true, it generally is.

Is It A Piece Of Editorial Work

Many reliable news sources provide editorial comments. Remember an editorial is an opinion and may not accept evidence that contradicts their opinions. Similarly, if an article is written in the form of a news report but contains unsupported opinions, it is likely biased. All respected news outlets present information in an unbiased manner, allowing readers to establish their own conclusions.

Take A Look At The Information

Many news agencies, real or fake, seek to be the first to report breaking news. Remember that if a news story appears rushed, contains spelling errors, an incorrect date, or uses anonymous sources, the author may not have had the time to thoroughly examine all of the facts. Older articles with poor spelling, punctuation, and language may indicate a questionable news source.

What Source Does The Information Come From

It is common practice in news articles to attribute information to a 'source.' The source is sometimes identified, but more often it is not. Remember that fake news sites usually mislead about their sources and should not be trusted with critical information if they come from an actual source. See if other news sites are reporting on the same comments, or if the identified source's social media profiles have similar opinions. 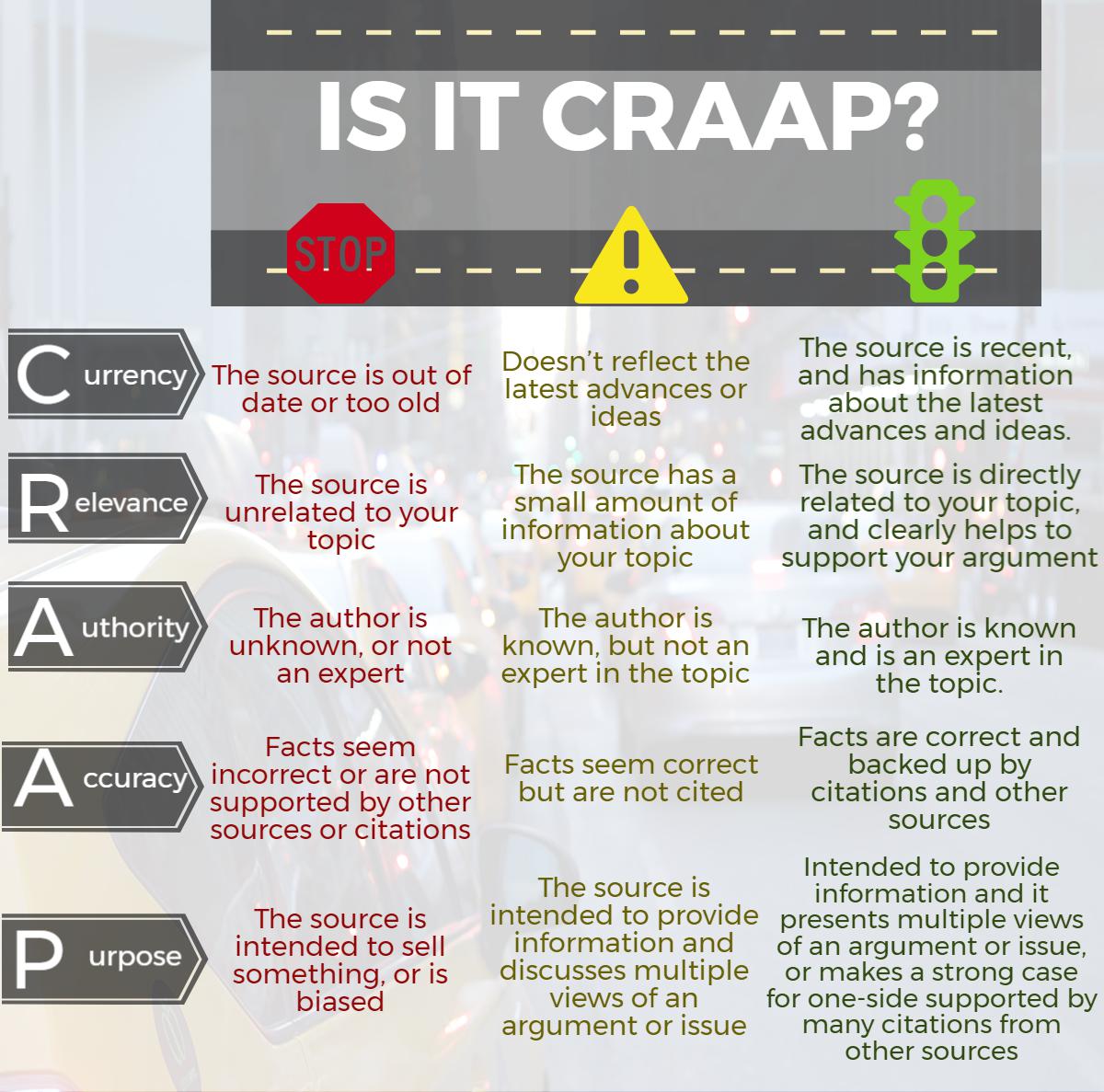 You can use CRAAP to help you find the best sources for your schoolwork. It was made by California State University. It is a good place to start when you are looking at sources for academic papers, reports, and speeches. Be watchful of all sources, online or offline. Find sources using CRAAP or your own criteria. Your requirements for academic sources may be considerably different from your personal criteria. It all depends on the situation

Do You Believe That All Media Sources Are Credible

No matter how convincing their arguments appear to be, not all written sources may be relied upon. When determining the credibility of a piece of writing, you must take into account a number of factors relating to the subject matter as well as the person or publication who is presenting it.

Instagram is used by 38 percent of the world's population, according to statistics. Instagram's news is 83 percent one-sided and 81 percent false, and they filter 69 percent of the true news in order not to "shock" their followers, according to the company. Instagram suppresses news since it is a strategy for keeping their followers engaged and their users engaged with the app in general.

The author encourages everyone to stop spreading falsehoods. Remember that what you say can influence others' thoughts and actions. Even inadvertent misinformation might have negative consequences. Think of it this way: ‘Am I sharing this because I know it is true?'

If we aren't careful, we can be misled. Consider captioned photographs or videos extensively shared online, especially via social media. These objects, termed memes, are frequently hilarious. Images and videos can be readily manipulated or removed from context. Even fake videos of real individuals can be made.