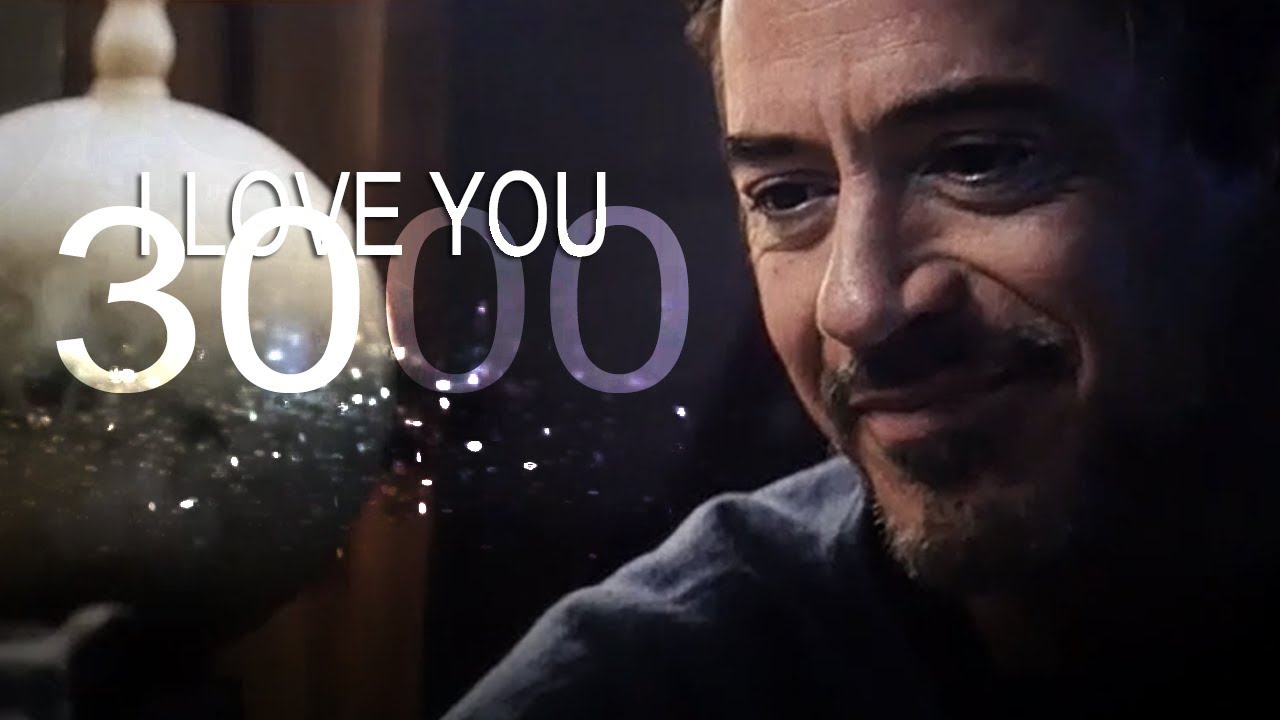 "I love you 3000" is a phrase that is meaningful to many moviegoers especially to those who considered themselves as a fanatic of Marvel Cinematic Universe (MCU). Fans have been attempting to figure out what the phrase means, and there have even been assumptions that it may have a deeper meaning. Where did those words come from, and why did that line become the most talked-about topic on social media sites? Let me share that with you in this article. Also, I will break down what the MCU moviegoers thought about the most iconic line and the background details about this incredible movie.

'I love you 3,000 times,' says the trendiest line from Avengers: Infinity War. Endgame has stolen all of our hearts, "I love you 3,000." Morgan says this to her father before he leaves. She doesn't say, "I love you very much." Love you a million or any other number that makes sense from a young child. In this case, she says "3,000." In his farewell message, Tony says, "That's the hero's job." The end is part of the journey. Finally, he looks at Morgan (and everyone else) and says, "I love you 3,000."

What People Thought About The Iconic Line I Love You 3000

According to the opinions of the public, the most iconic Iron Man line in the Avengers: Endgame is as follows:

Ryan Cobalt believes: Also, a ton is equal to 2000 pounds, thus saying 'I love you 3000' suggests she loves him more than her ton does him.

Sharat Jacob assumes: "I love you 3000," a line from the Avengers: Endgame film that is stated by Morgan Stark as a show of affection toward Tony Stark. Because she can't think of a higher number to express her love for her father, the movie uses 3000. Figure 3000 was assumed to relate to the total runtime of all 23 Marvel movies in minutes. The actual runtime is close to 3000 minutes, and the reason for this lovely dialogue is what Robert Downey Jr's kids tell him, making the runtime an unexpected coincidence.

Vikash Kumar speculates: The movie states it twice.When he first appears on screen with herb, it isn't special; it is special because he says so in his recording for his loved ones before the fight. This was his last line in the film. That's why they're so beloved by MCU fans worldwide.

Jesse Anthony says: I'm going to cry over this one. When someone says they love you 3000 times, it shows they really love you. Please take use of this opportunity as much as possible. It was told to Tony Stark by his daughter in Avengers: Endgame.

Endgame: The Truth Behind I Love You 3000 Heartbreaking Stand-Out Line

Christopher Markus and Stephen McFeely were the screenwriters of the famous film. They said that the line wasn't that deep, and it wasn't written in the script. It's hard to imagine the "I love you 3,000" line from Endgame was brought to the film by Robert John Downey. It's even more meaningful now that his kids say it in real life.

Anthony Russo, the co-director of the movie, said that: "Robert added that line to the movie. She once said to him, "I love you 3000," he said. A line in the script was written after we told the screenwriters about the story." It was supposed to say, "I love you tons," and Morgan would say, "I love you tons." That's not true, says McFeely, who was at a New York event. They changed it so Morgan would respond the same way that RDJ's kids do in real life.

Is Endgame The End Of Avengers

“Avengers: Endgame” is the end of a decade-long saga, but it's not. Marvel Studios is far from done with the Avengers characters, with several sequels and prequels planned.

Which Is Better Infinity War Or Avengers Endgame

Although Endgame is the most successful Avengers film, Infinity War is undoubtedly a better film. The original Avengers movie was a fun comic book adventure that successfully incorporated the characters, but Age of Ultron took on too much.

We realized in this article that there are numerous interpretations that circulate to the public about the famous phrase: "I Love You 3000" in the high-grossing movie entitled: "Avengers Endgame". Regardless of the various interpretations of that sentence, it only has one meaning: It is important to show and express affection in the family circle.

Many parents today don't know how to show their children love. Some have grown up in a family lacking affection and may not comprehend that only affection may make life happier and more enjoyable. You must make an intentional attempt to communicate it. You should express your gratitude whenever you discover something worthy of praise. You may also say: "I Love You 3000!"