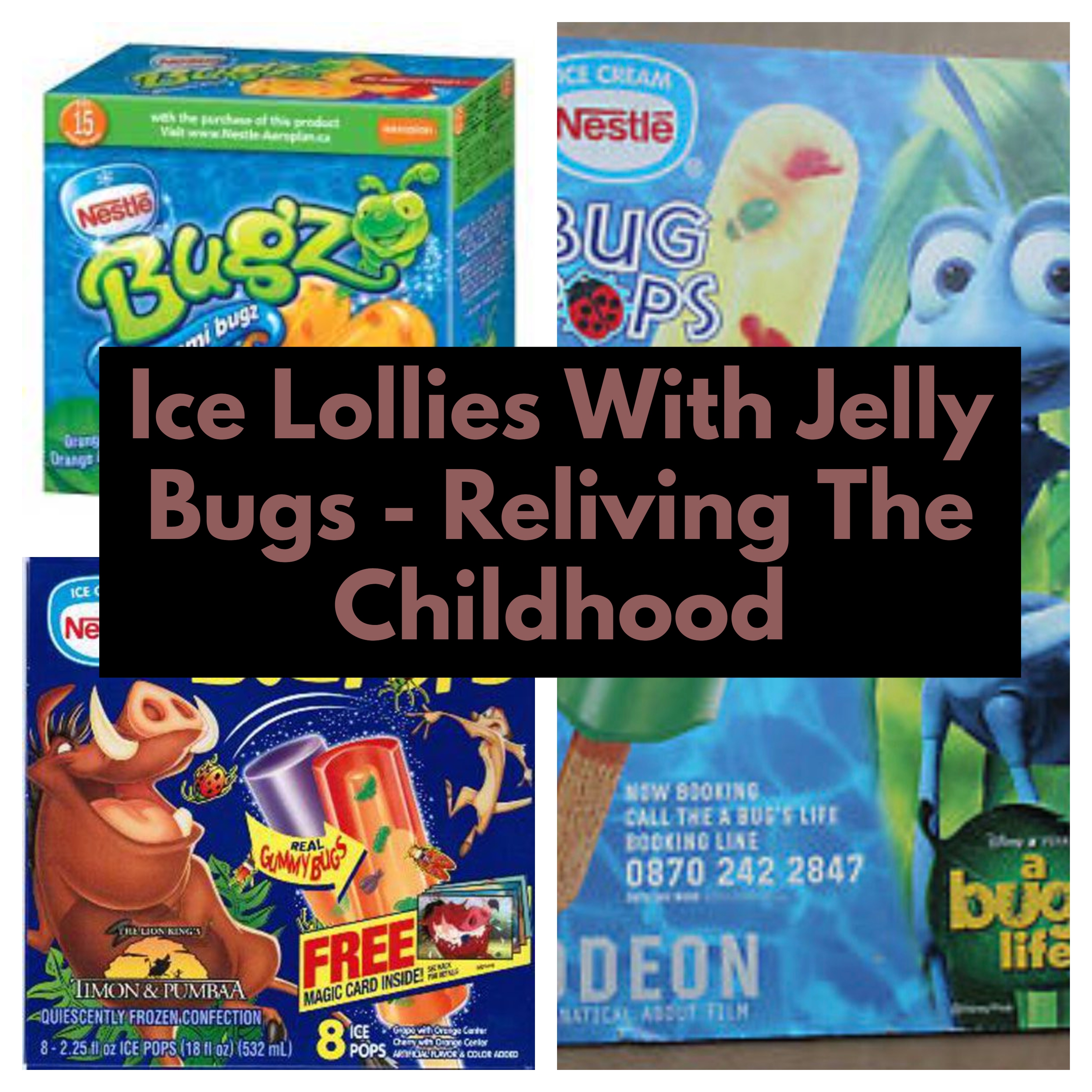 Ice lollies with jelly bugs were the popular ice cream of the 2000s introduced by Nestle company. These Nestle Bug Pops ice lollies are described as "a disgustingly delicious lemon and lime lolly with gummy bugs trapped inside".

These ice lollies and the other ice creams mentioned below ended years ago, but we can't forget their taste. NEVER EVER!

This pocket money delight (which seemed to be everywhere) was refreshing and tasted like lemonade.

You'd had the issue of the wrapper sticking to the lollipop like glue, but wonderful things come to those who wait.

Since then, there has been a slew of lemonade lollipops, but none have come close to matching Sparkle's flavor. 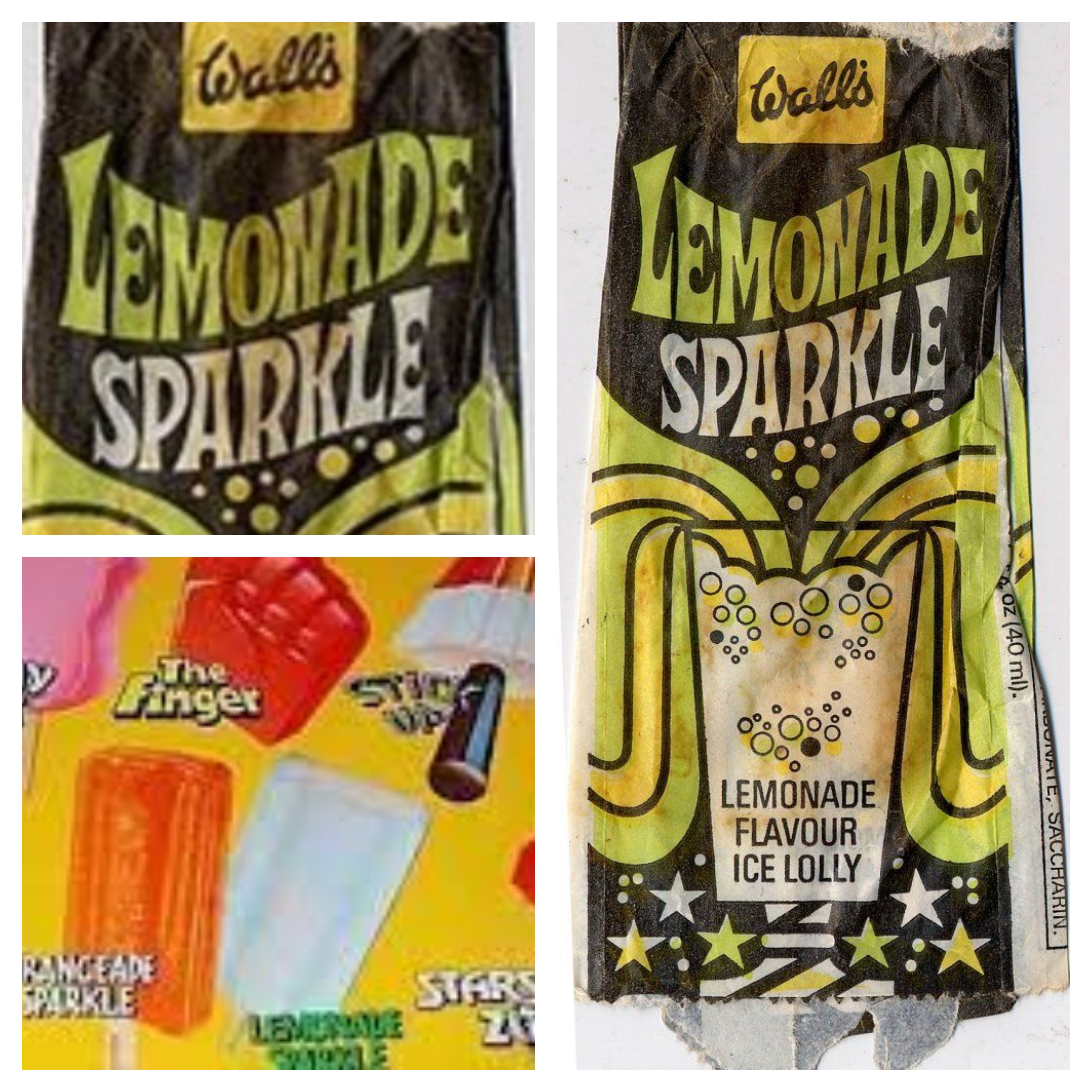 Lemonade Sparkle ice lolly in a black and green wrapper

Putting an ice cream bar in between two wafers is perhaps the messiest method to do it.

As soon as the choc ices were removed from the freezer, the melting process began, and by the time you had successfully removed them from their packaging, the wrapping had already begun to fall apart in your hands.

A chocolate-coated, rectangular block of ice cream that has, for some reason, been less popular over the past few years. 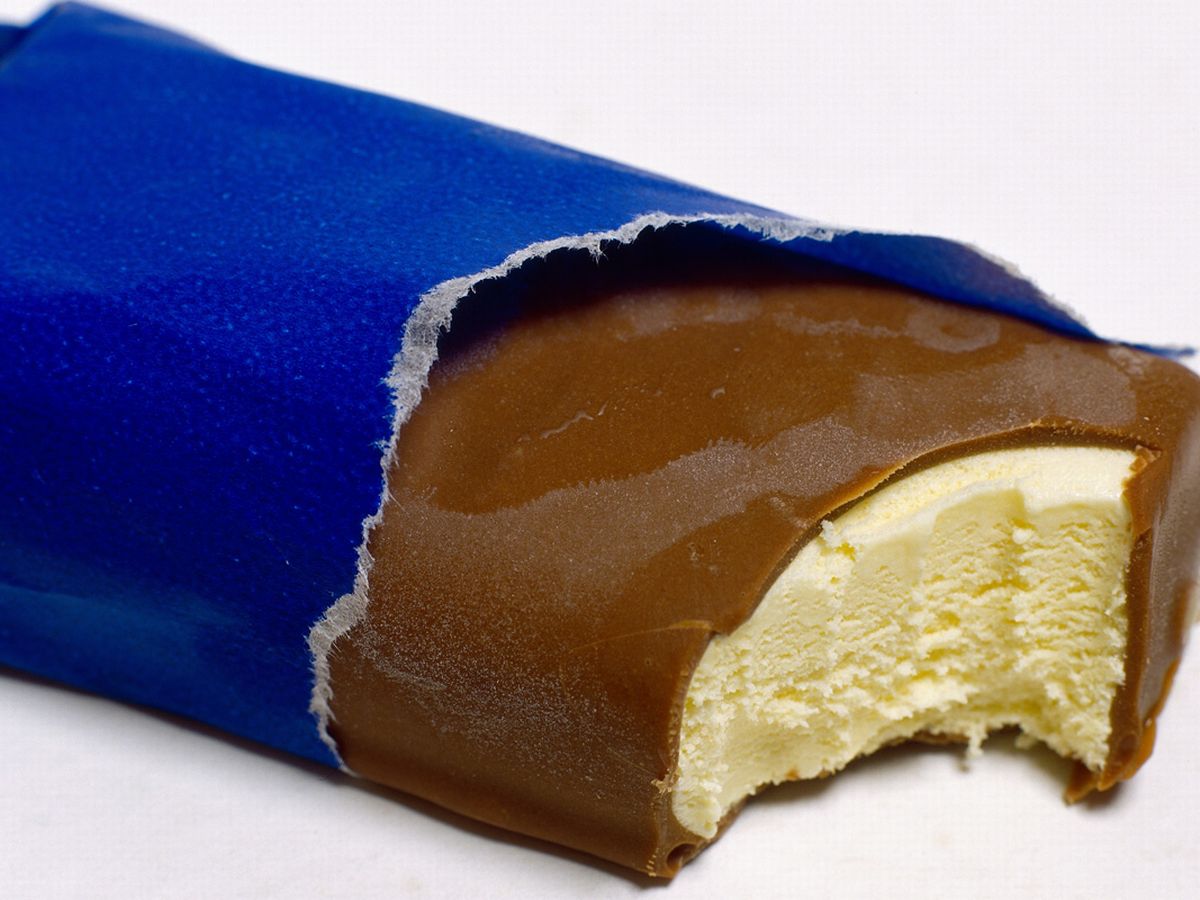 At a time when the concept of space travel existed mostly in the minds of science fiction authors, Zoom appeared to be a representation of those authors' aspirations of traveling to outer space.

Zoom, the candy that came before rocket lollipops and was a favorite of many people when they were younger, included three distinct flavors on a single stick. 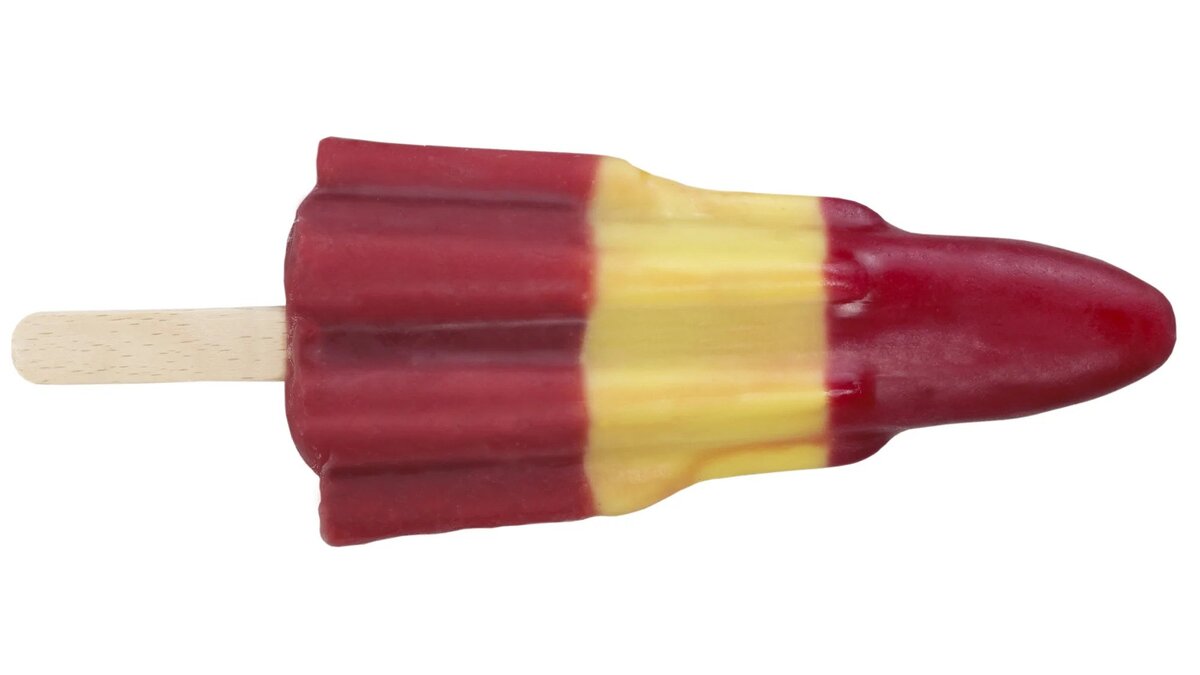 Do you remember its taste? The best of the ice cream I have eaten. I can still remember when we rush to buy these. Its sweet and creamy texture was the perfect combination. 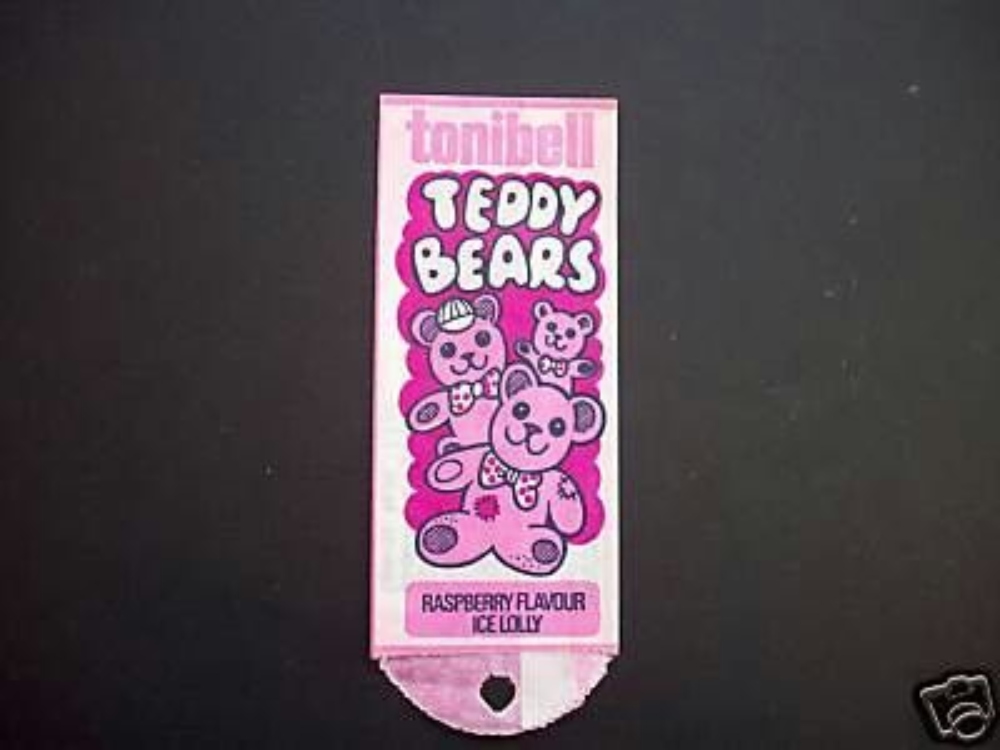 During the 1960s, ice lollies and choc ices on sticks were a significant part of the market.

Walls and Lyons Maid were the companies that produced the majority of them in the UK. Some examples of these names were Fab, Kinky, and Zoom.

Now, a never-ending supply of ice cream names is on the market. But, they can't win over those 90s ice lollies.

A brown and green colored Snocreme lollipop that is horizontally divided into two flavors, with two-thirds chocolate and one-third peppermint. 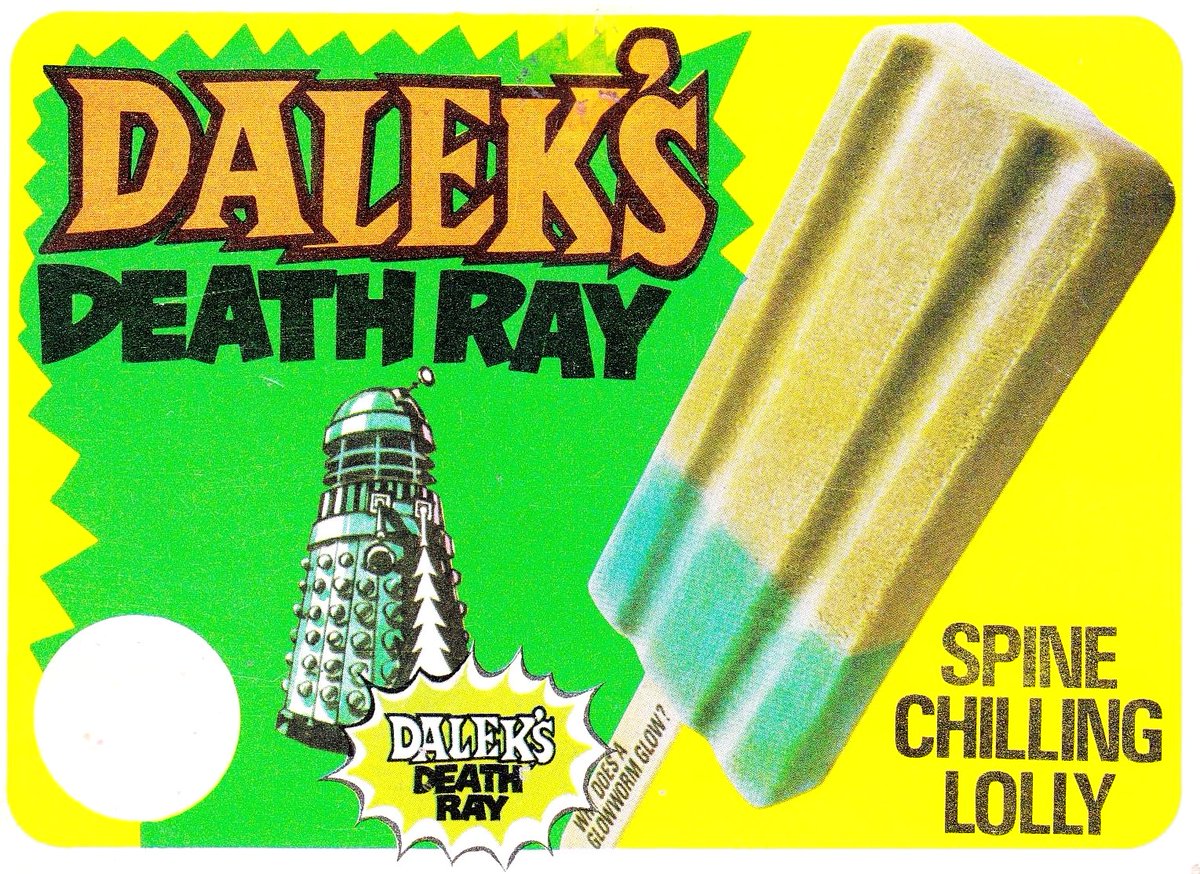 An ice cream that comes in a plastic "cone" and has a gumball embedded in the base of it.

The gum was so dense that in order to get a bubble out of it, you needed the lung capacity of a world-class marathon runner plus the blowing abilities of a Dutch hooker. 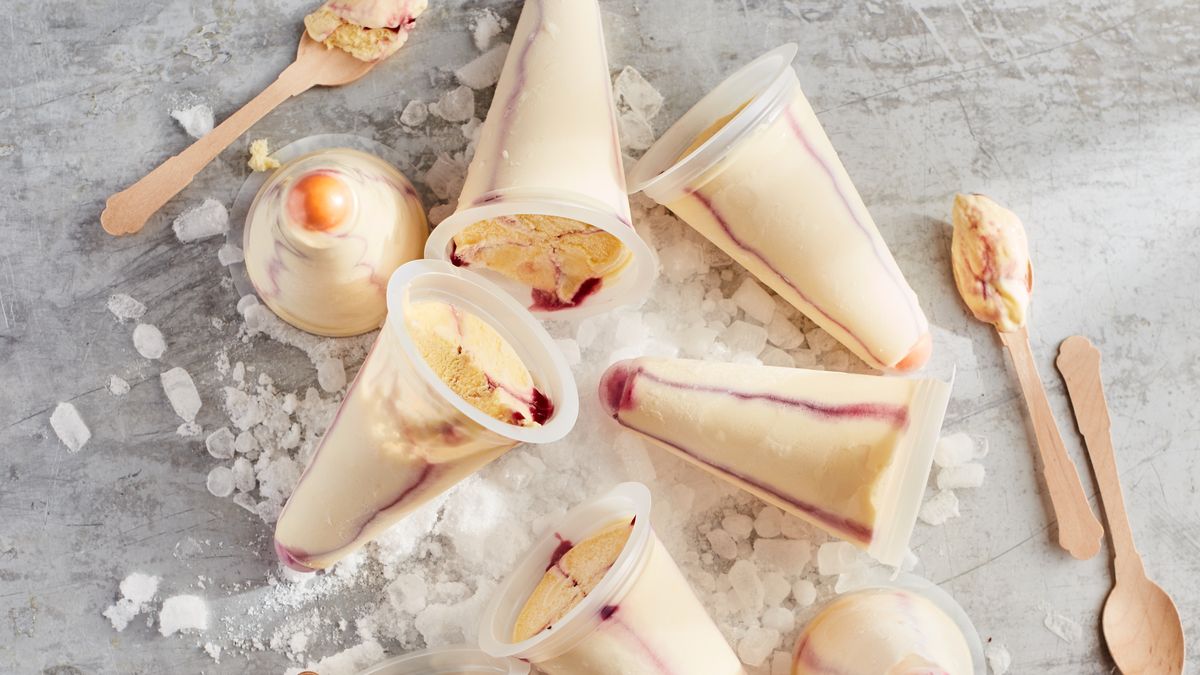 Can You Still Get Lord Toffingham Ice Lollies?

Do you recall the scrumptious ice lollies that were popular in 1974 and had a magnificent lump of soft toffee in the center of an ice cream that was flavored like toffee? Unfortunately, it is currently hard to locate ice creams with a toffee center anywhere.

What Are The Triangle Ice Lollies Called?

Jubblies "frozen cocktails," as they were formally referred to, consisted of little more than enormous triangular chunks of flavored ice. Even though they were available in a wide variety of flavors, the stores only ever seemed to offer orange, orange, and just orange varieties of them.

Who Made Zoom Lollies?

Vidal is the manufacturer of Zoom Strawberry Lollies.

What were your favorite ice lollies in your childhood? Do let us know in the comment section below. Mine was ice lollies with bug jellies.

Are Mcdonald's burgers fried or not?