I know what you’re thinking – if you haven’t seen the cover image – but no, this wasn’t a gross old man. Genuinely that was my first thought, but life is often subversive.

The incident unfolded in China (before the lockdown apparently) as a woman was filmed wearing what looks like just a large man’s shirt, barely buttoned, and in a huge twist, started feeling herself. 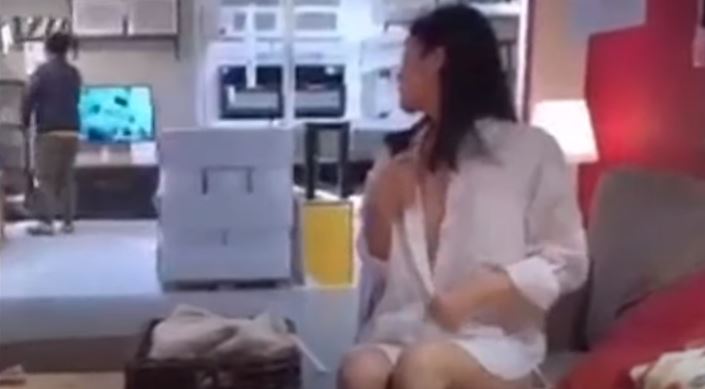 The two-minute clip went viral across China, showing the unnamed woman pleasuring herself in various parts of the Swedish furniture shop, perhaps perching on a Bankeryd, or hiding behind a fully stocked Fjällbo.

Such are the joys of IKEA.

The video ended up being scrubbed from Chinese social media sites as it was so popular, and IKEA themselves eventually felt inclined to comment, pledging that they would be raising their security efforts and reporting the video to the police.

In a statement that didn’t name the specific branch, IKEA said:

“We resolutely oppose and condemn this kind of behaviour, and immediately reported it to the police in the city of the suspected store”. They followed this by adding that they would be taking “even more careful security and public cleanliness measures” and urged their customers to “browse stores in an orderly and civilised way”.

Imagine being in a society where we have to be told not to wank in furniture shops.

Some people have deciphered the video to have taken place in southern China, more specifically in Guangdong Province, as some Cantonese can be heard in the background. Pretty impressive really. Could you say eagle-eared? What animal has good ears? I’d say a bat, but I don’t want to be accused of perpetuating a racial slur.