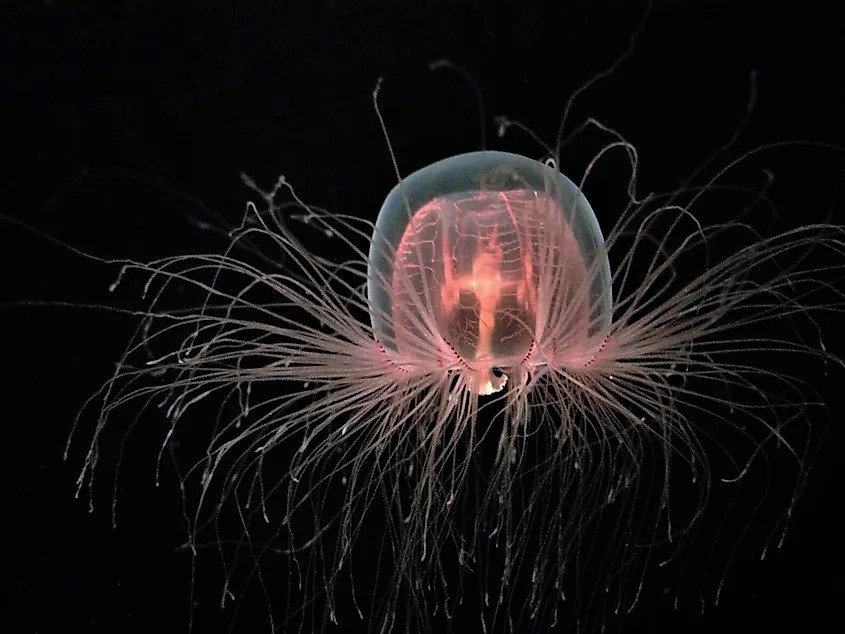 The jellyfish Turritopsis Dohrnii is the only species known to date that has been dubbed the 'BIOLOGICALLY IMMORTAL,' according to scientists. This kind of immortal jellyfish has the ability to slow or stop its own aging process thus being IMMORTAL.

T. dohrnii, sometimes referred to as the immortal jellyfish, is a species of tiny jellyfish that is biologically immortal and may be found globally in oceans ranging from temperate to tropic temperatures region.

Jellyfish Turritopsis Dohrnii biologically immortal species is one of the rare known instances of animals being able to regress totally to a sexually immature, colonial stage after having reached sexual maturity as a solitary individual, according to the scientific community. The jellyfish Laodicea undulata and other species of the genus Aurelia are examples of what else is out there.

However, in actuality, individuals can still die as a result of this process, which theoretically might continue endlessly and effectively render the jellyfish physiologically immortal. When found in nature, the majority of Turritopsis dohrnii will succumb to predation or disease while in the medusa stage, rather than reverting to the polyp stage.

As a result of its ability to achieve biological immortality with no apparent limit to its longevity, T. dohrnii is a popular research subject in fundamental biological, aging, and pharmacological research.

It was previously known as T. nutricula, which means "immortal jellyfish."

Most jellyfish species have a set lifespan that ranges from hours to months (long-lived mature jellyfish spawn every day or night; the time is also fairly fixed and species-specific). The medusa of Turritopsis dohrnii is the only known form that can convert back into a polyp stage (tissue from both the jellyfish bell surface and the circulatory canal system).

Scientists discovered that medusae can revert to polyps under certain situations, including hunger, abrupt temperature changes, reduced salinity, and bell injury with forceps or scissors.

After 2 days of stolons feeding on food, polyps appeared. Polyps develop stolons, branches, and then polyps to form colonial hydroids. They would eventually evolve into stolons and polyps and start over, even without any environmental changes or injuries.

Animals are the only ones capable of reversing the biotic cycle. Turritopsis Dohrnii is thus possibly biologically immortal. The process has not been witnessed in their natural habitat, in part due to its speed and inability to be observed in the field at the correct time. Regardless, most medusae will succumb to the risks of life as mesoplankton, such as predators or disease.

Transdifferentiation is a process used by animals to form stem cells that can be used to regenerate injured or dead tissue in humans. 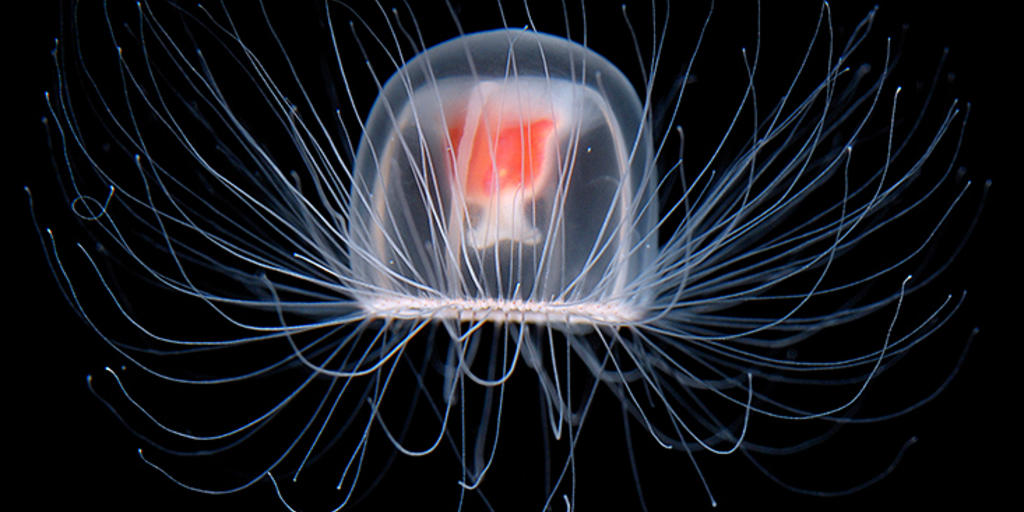 Who Was It That Found The Everlasting Jellyfish?

T. dohrnii was initially described by scientists in 1883, and it is now considered to be extinct. After 100 years, it was only in the 1980s that their immortality was unintentionally found by chance.

During their undergraduate study **Turritopsis dohrnii research**, students Christian Sommer and Giorgio Bavestrello collected Turritopsis polyps, which they then stored and monitored until medusae were released. It had been assumed that these jellyfish would have to develop before spawning and generating larvae, but when the jar was checked again, they were shocked to see a large number of newly settled polyps, which they had not expected.

Continuing their observations of the jellyfish, the researchers discovered that when stressed, the medusae would fall to the bottom of the jar and transform into polyps without undergoing fertilization or passing through the typical larval stage. In addition to the amazing appellation "immortal jellyfish," the discovery caught the attention of the entire world.

Myth Or Fact-The Immortality Of A Jellyfish

If an adult medusa is threatened, injured, or starving, it sinks to the seabed, converts into a blob, and then returns to the polyp state, forming a new polyp colony, thanks to a cellular process known as transdifferentiation, which is a cellular process that allows the medusa to return to the polyp state. A cell, specifically one that has been specialized for a certain tissue, can undergo this transformation and become an altogether different type of cell.

A neuron cell, for example, can transform into a muscle cell. It should be noted that this is a relatively uncommon occurrence in the animal kingdom.

On the theoretical level, this process may continue endlessly, thereby making the jellyfish biologically immortal.

You could be a little uneasy with the concept of immortality, but you might be equally amazed by it. Consider what it might be like to be an immortal jellyfish. A man who grows old and old and then one day starts aging backward until he's a fetus, only to have to start all over again might be an analogy.

Alternatively, a chicken that, when threatened, transforms into an egg, which then hatches and waits to be hatched again.

People are not even taking this seriously, without checking about it. This is really Bad.

"It reverses it's aging process by constantly pressing it's Benjamin Button"

"Time to study the shit out of it for science"

How to Live Forever? Be a Jellyfish

Trans-differentiation in T. nutricula allows functionally developed cells to transition to completely different functions without the need for further differentiation. According to theory, this process is able to continue indefinitely, and the organism can be regarded biologically immortal, meaning that it does not experience the effects of aging.

While there have not yet been any serious problems associated with Jellyfish Turritopsis Dohrnii Biologically Immortal Species identified, their silent proliferation at the hands of humans serves as another reminder of our ability to have an impact on the natural world, even when we are not aware of the impact we are having.