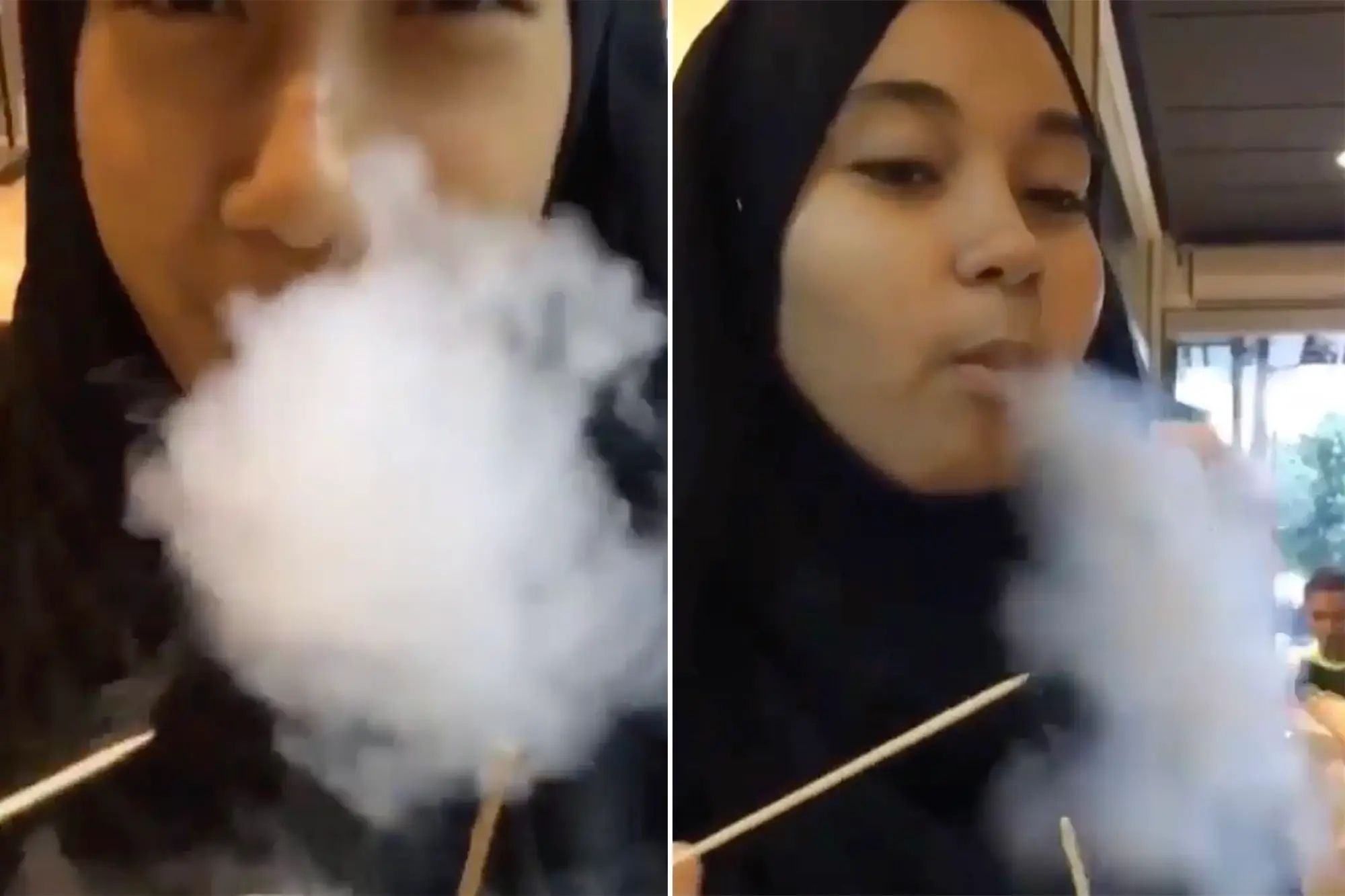 After more than 20 children suffered injuries while eating a street food known as "dragon's breath," which is at the centre of a risky new viral video fad, Indonesia issues warning over ‘Dragon’s Breath’ viral video trend which includes consuming liquid Nitrogen.

According to Indonesia's Ministry of Health, the colorful candy caused youngsters to experience food poisoning and more.

They are well-liked by kids, many of whom have uploaded videos of them blowing fumes out of their mouths, nostrils, and ears to the short-form video platform TikTok. Close to 10 million people have seen a video of a street vendor preparing the snack.

According to Maxi Rein Rondonuwu, director general of the ministry, approximately 25 children have been wounded after swallowing the candy, including two who required hospitalization.

No fatalities have been noted. So, Indonesia issues warning over ‘Dragon’s Breath’ viral video trend.

It is permissible to use liquid nitrogen when preparing meals. Theatrical effects are frequently created while serving food by top chefs using vapors. It is frequently employed in medical contexts and as a food-freezing component. It is transparent, colorless, and odorless.

However, it might be dangerous if not utilized correctly. According to Maxi:

Liquid nitrogen is not only dangerous when consumed, it can cause severe breathing difficulties from nitrogen fumes that are inhaled over a long time.

The first time this happened was in July 2022, when a small child from a village in East Java's Ponorogo Regency got cold burns on his skin after eating a snack.

In November and December, there were several cases reported, including one involving a 4-year-old boy who was hospitalized in Jakarta due to excruciating stomach pain.

In order to reduce the number of severe cases of food poisoning, Maxi argued:

Schools must educate children in the community about the dangers of liquid nitrogen in food (to) prevent more cases of severe food poisoning.

In 2018, the US Food and Drug Administration (FDA) issued safety cautions cautioning that consuming liquid nitrogen-prepared ice cream, cereal, or drinks could cause significant damage.

Injuries have occurred from handling or eating products prepared by adding liquid nitrogen immediately before consumption, even after the liquid nitrogen has fully evaporated due to the extremely low temperature of the food.

“This is a hazardous chemical compound,” said Clarence Yeo, a doctor. “It irritates the stomach and can cause burns in the mouth and esophagus. Children would be especially sensitive to (its effects) if it is eaten in large amounts.”