Influencer Who Licked Toilet Bowl ‘Now In Hospital With Coronavirus’ 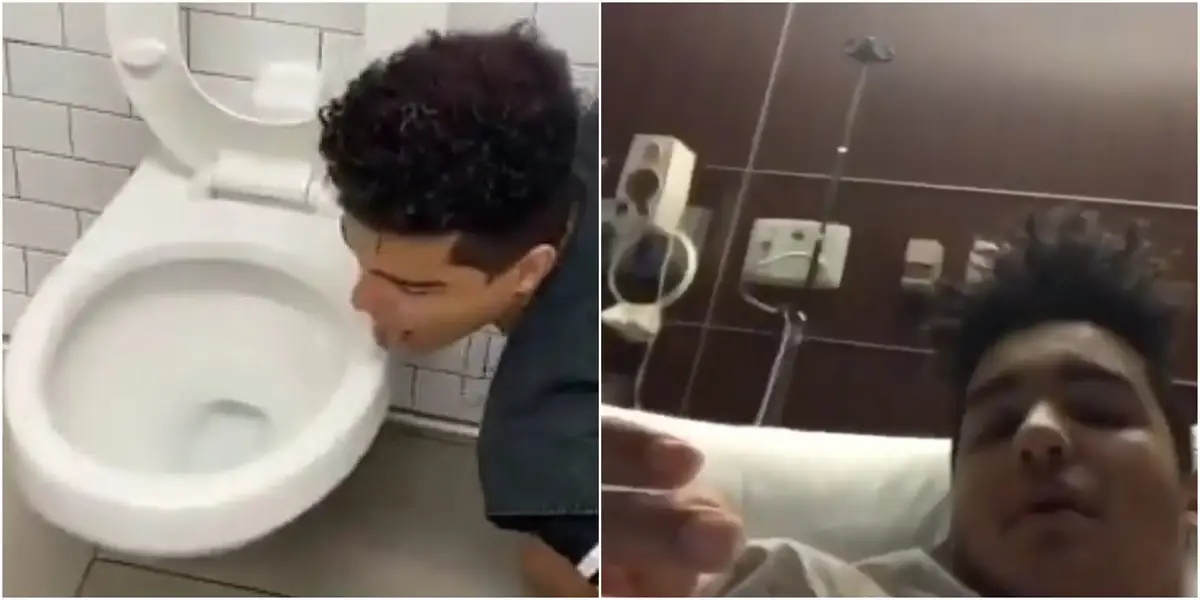 As I haven’t yet started climbing the walls or finding more productive things to do, the online realm of TikTok has not managed to draw my late-twenty-something a** in to its mainly weird and wonderful world.

Until around a week ago, I had no idea of just how bonkers it is, but then I saw an article on the so-called ‘Coronavirus Challenge’ in which the platform’s ‘influencers’ film themselves licking random objects, and that told me everything I needed to know.

Whilst normal human beings are busy ensuring high levels of hygiene and sanitisation, it seems some idiots are keen to start casting their tongue along really unsanitary objects like toilet seats and rims.

Only this morning, news broke that the guy who filmed himself licking products on a supermarket shelf in Virginia, America, had now been arrested on terror charges, and it seems karma is now very much doing the rounds as another teenager who ran about licking a toilet seat has been hospitalized after testing positive for coronavirus.

According to Pardes Seleh (@PardesSeleh), "A kid who licked toilets as part of the #CoronaVirusChallenge says he's now in the hospital with coronavirus. @gayshawnmendes was also just suspended from Twitter."

Gabe Slaybaugh (@GabrielSlaybau1) said, "The teen had shared a clip of himself vigorously licking public restroom toilet seats and has now shared a photo of himself in hospital facing the dire consequences of doing so. WTF!! Really!! Licking toilets now!!"

The teen’s Twitter handle @gayshawnmendes was also suspended subsequent to his act of stupidity and it just goes to show a few extra ‘likes’ is not worth potentially killing yourself over.

Other young people have been following the trend of licking the handles of cars and even children’s scooters, with some racking up millions of views on the platform.

In response to the viral nature of the ‘coronavirus challenge,’ TikTok has said it will remove all such content from its site.

However, some videos still remain live and inform the feeds of young people across the globe.

The challenge has not been limited to TikTok either, with clips also being posted to Instagram and Twitter, and the ‘coronavirus challenge’ hashtag has racked up a staggering 931.6 million views and searches on TikTok as of Sunday.

Retired nurse Dr. John Campbell who has come to prominence through YouTube videos discussing the virus and its spread has said:

If these people (doing the challenge) are infected, they will leave virus on the surfaces they have licked, potentially infecting others/ If the infected person subsequently dies, this means this bizarre behaviour could result in death of an innocent person. If they are not infected, the virus may be contracted from potentially contaminated surfaces. This means the individual can contract the disease themselves. In addition they could spread the disease they have contracted and infect other people, some of whom may go on to die.

It is highly irresponsible for people to put their own health and the health of those around them on the line for no other reason than a pointless internet 'challenge'. Our NHS staff are working round the clock to prepare to treat those who need it during the peak of the pandemic – the last thing they need is internet trends unnecessarily putting people in hospital.

Of course, for most of us, this is no laughing matter and despite what the younger generation may think, they are not invincible as this particular story goes to show.

We hope that TikTok cracks down on such posts as soon as possible to stop young people from putting themselves and others at such risk.

A spokesperson for the platform said: “The safety and well-being of our users is a top priority at TikTok. As we make clear in our Community Guidelines, we do not allow content that encourages, promotes or glorifies dangerous challenges that might lead to injury”.

“The content in question is a violation of our guidelines, and we will remove any such reported content”.