Is Sabo Dead In One Piece Anime Series? 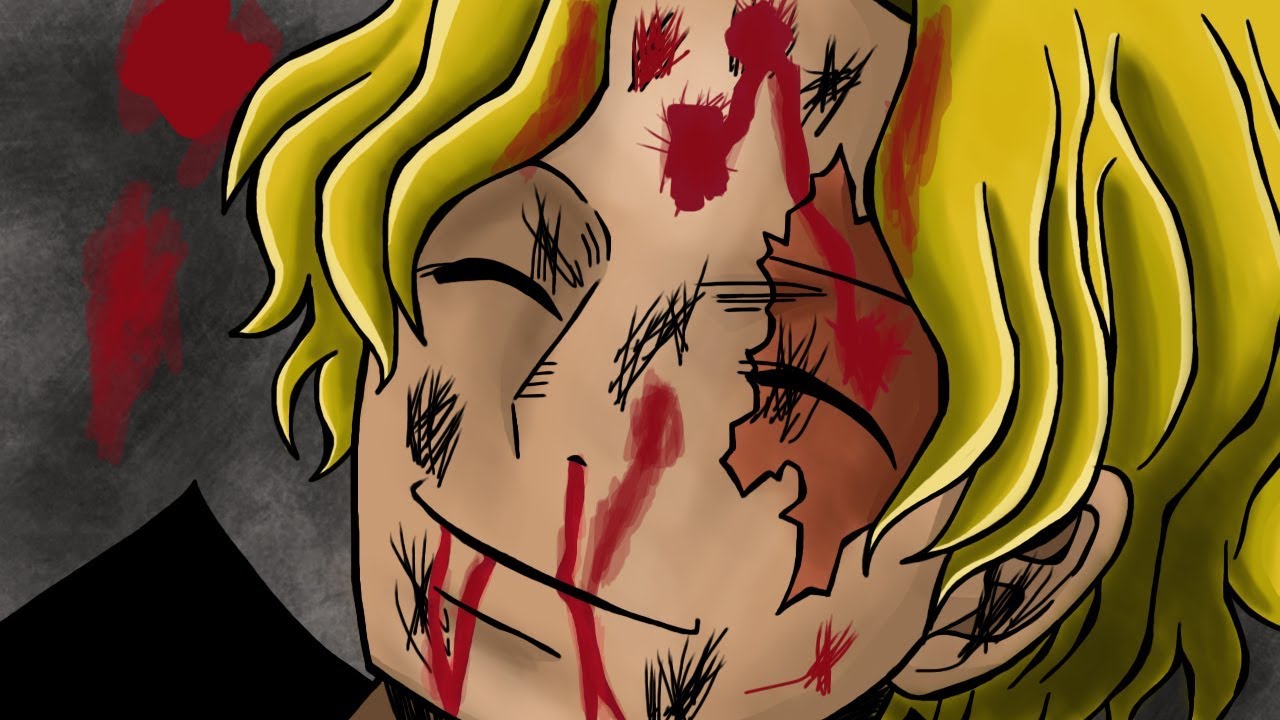 One of the most significant characters in Eiichiro Oda's One Piece, Sabo, is the older brother of Luffy. Sabo, who first appears in Luffy's flashback after the Summit War, is a Goa Kingdom nobleman's son. People really like this character, so they ask is Sabo dead or captured?

Sabo forged a unique kinship with Ace and Luffy at a young age and proclaimed himself to be their brother. Sabo has always wanted to experience actual freedom because his life was so constrained.

He initially had the desire to become a pirate. Sabo eventually enlisted in the Revolutionary Army, where he later rose to the position of Chief of Staff.

Currently, Sabo is one of the main characters in the One Piece universe. Recently, he even spearheaded the attack on Mary Geoise and, on behalf of the Revolutionary Army, declared war on the Celestial Dragons.

It was discovered that Sabo was now known as the Flame Emperor and was even more well-known than Dragon himself after successfully freeing Kuma. Finally, his fate was known, and he was deemed safe. Sabo, however, has now found himself in difficulty once more because Imu themselves are after him. 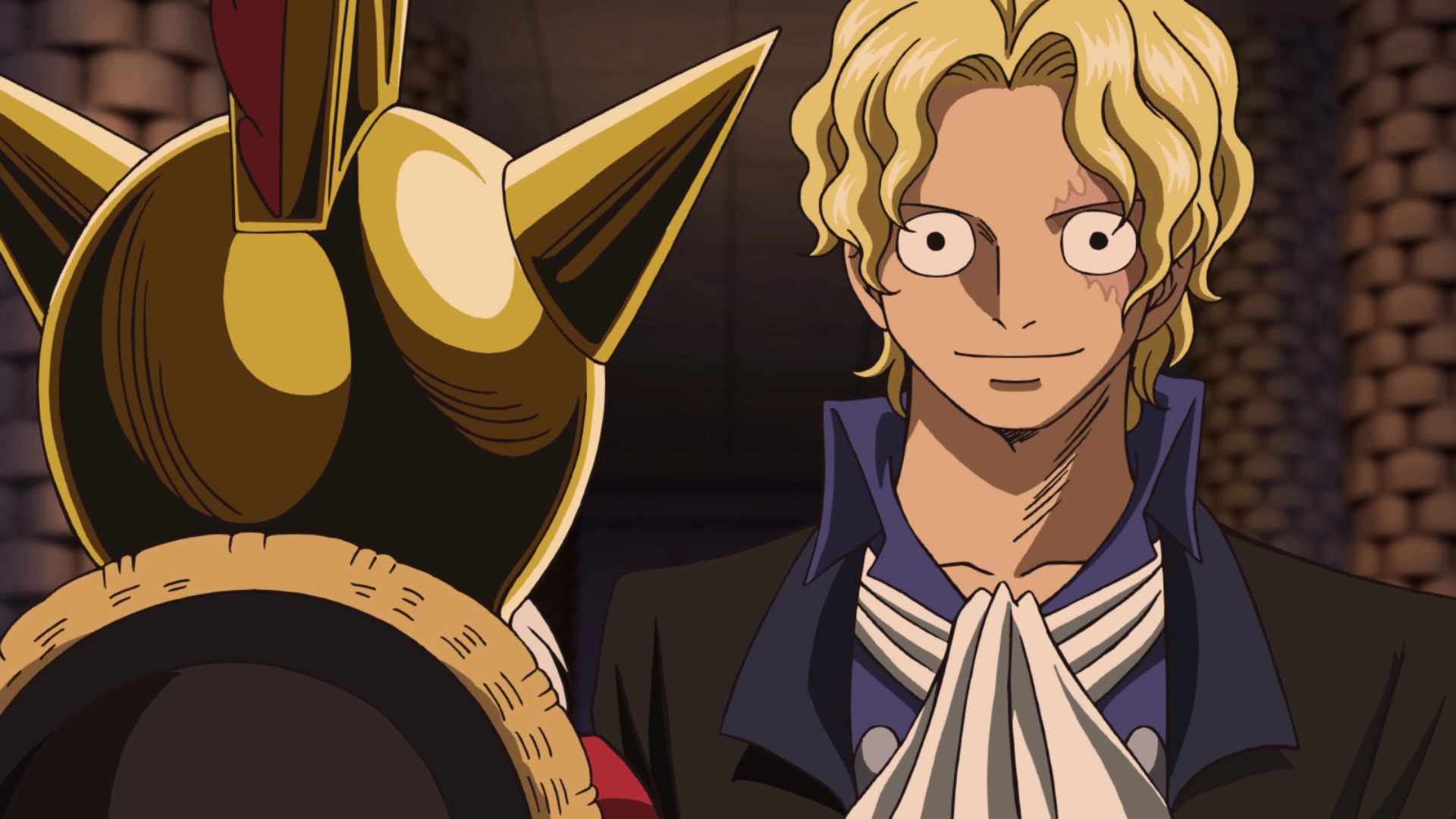 Sabo from One Piece

Sabo One Piece And The Kingdom Of Lulusia

The Holy Land of the Celestial Dragons, Mariejois, was invaded by Sabo and three Revolutionary Army commanders, Karasu, Lindbergh, and Morley. They liberated Bartholomew Kuma there and launched a war on people of their sort.

To do this, Sabo and his Commanders engaged in combat with Green Bull and Fujitora, two Navy Admirals. Together, they were able to prevail in the struggle and remove Kuma from the Holy Land.

During the same period, Sabo rose to celebrity after being accused of killing Arabasta Kingdom's King Cobra. One Piece 1060 gave viewers their first glimpse of Sabo interacting with the Revolutionary Army's officers and its head, Monkey D. Dragon.

He disclosed that he was not responsible for killing King Cobra, as was to be expected. Fans were previously aware that Sabo would not be involved in that and would instead be blamed for Cobra's murder.

Evidently, the Revolutionary Army's leaders held the same viewpoint. That, however, was not the intriguing detail provided by Sabo. Imu, who sits on the Empty Throne, is the world's king, and Sabo somehow managed to see him.

After seeing him, Sabo managed to leave the Holy Land and seek safety in the Lulusia Kingdom. He eventually shared this information with his Revolutionary Army friends, and in doing so, the Marines also learned of his whereabouts, which meant that the Gorosei and Imu also learned of it. This was the start of Sabo's unfortunate fate.

The Ruler of the World was observed drawing an X on the map of the Lulusia Kingdom as soon as Sabo told the Army of Imu's presence. Soon later, a huge figure was noticed hanging over the nation while remaining obscured by the clouds.

It launched numerous rays at the island in a fit of full shock, eradicating it entirely from the face of the planet. Sabo appeared to be on the island and was injured in the massive explosion.

The Gorosei made certain to sever all ties with the Lulusia Kingdom before the explosion. Its presence was entirely forgotten, and since the island doesn't exist anymore, it will ultimately vanish from history books as well.

It goes without saying that everyone who was formerly a resident of the Lulusia Kingdom has since passed away. So, is Sabo dead?

There is no information on whether Sabo suffered the same fate, though. Even though it would be incredibly difficult for anyone to survive such a large explosion, Sabo is the Chief of Staff of the Revolutionary Army and is therefore not an ordinary person.

He also possesses a Logia ability that renders his body invisible. Therefore, it's possible that he barely made it through this explosion.

Additionally, it should be mentioned that, if he ever wanted to, Oda would eliminate Sabo in a more ferocious manner. Fans can rest easy knowing that Sabo is at least still alive.

Is Sabo dead ? What happened to Sabo in Reverie ? One Piece

Sabo is still alive, but it's still unclear what happened to him. However, Sabo has been deliberately kept apart from his companions by Oda. He recently suffered a wound while battling the Admirals, and as a result, he might have just avoided the fall of the Lulusia Kingdom.

At the very least, Sabo is not in fighting shape, so that much is certain. He's probably badly hurt, and since the World Government knows exactly where he is, they might be able to find him and whatever is left when the Lulusia Kingdom is destroyed.

Sabo might therefore be apprehended and prepared for death by the World Government. This ties in nicely with how Oda hinted that he would be in danger in a previous Jump Festa letter.

It would also be similar to how Ace was kidnapped toward the end of the Grand Line's Paradise section. Now, Sabo might be the one who is taken prisoner. Even if Luffy had failed to save Ace, he would undoubtedly not want to see the tragedy happen again.

If his brother is truly abducted, Luffy will undoubtedly be able to save him. This will probably be one of the main plot aspects of the Great War in the upcoming One Piece saga.

Every fan should be anticipating this conflict because, as Oda once remarked, it will make Marineford seem incredibly small in comparison.

Is Sabo Dead In Wano?

The most recent episode of the series finally gave viewers information about the outside world, as well as what happened to Sabo. Thankfully, he is still alive.

What Has Happened To Sabo?

According to a prevalent idea, Sabo was detained by the World Government. He faced off against two strong Admirals, which is a challenging feat in and of itself. Dragon also appears to be extremely worried about recent events. However, the world government is actually seeking Sabo's capture.

No, he is not dead! Readers can easily assume that Sabo can survive.

Back in Chapter 905, Sabo and his team sneaked into Mary Geoise's house as part of a mission to try to save Kuma. They had not been mentioned until Sabo received some really unsettling news in Chapter 956.

Is Sabo dead or captured in One Piece? The news caused a major uproar, but as of right now, we have no idea what happened to him. We have no way of knowing, but it's more likely that he was captured than killed.