Is The Ghost Of A Soldier Spotted Close To A War Memorial Real? 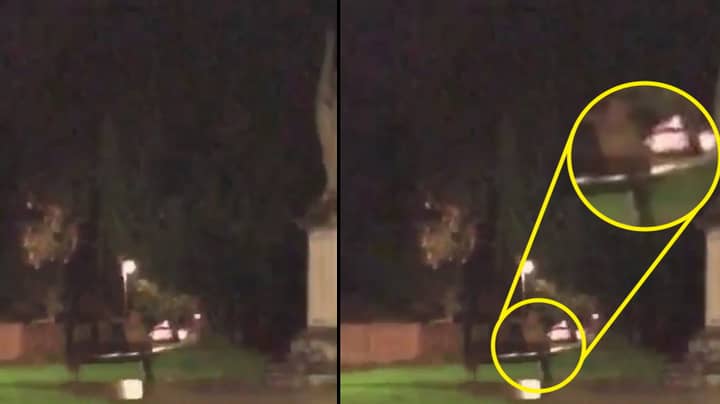 Many of us are afraid of ghosts. Some people believe that when our loved ones pass away, a part of them will continue to be with us even after death. Due to this ideology, you might ask: Is the ghost of a soldier spotted close to a war memorial real? Watch the raw footage below if you're not afraid of ghosts:

People might be thinking about this question after watching the video that shows the ghost of a soldier. According to this video, the ghost sat quietly on a bench next to a war memorial, and people were sure it was a real one and not just a flash from the light source.

The 21-year-old Josh Newton and George Moore recorded the video when they were driving through Northam, which is located in North Devon, on the evening of December 28th. Josh was filming the First and Second World War Memorials using his phone in an attempt to capture a clear view of the statue that was part of the monument.

It looked like a really misty figure. It was clear. It was like someone [was] literally sitting there. It was definitely a male figure so it very well could have been the ghost of a soldier. As I adjusted my eyes to look a bit closer, it vanished. It was on my left, and then completely gone. It was weird.

As we went round the corner, it just disappeared. I 100 percent feel like it was a ghost. It was clear as day to the naked eye. I was shocked. I looked and I didn't know what I saw. And then I looked at the video and I thought no, something was there and now it's just gone. I didn't believe in the paranormal, but I do now. It's changed my perspective. It's converted me.

What Does Science Say About Ghosts?

In American and many other Western cultures' mythology, a "ghost" or "spirit" is a dead person who communicates with the living. A ghost may whisper or groan, make objects move or fall, interfere with electronics, or even manifest as a spooky, hazy, or transparent figure in stories.

In a survey done by the Pew Research Center in Washington, D.C., almost one in five people from the United States said they had seen or been near a ghost.

People employ scientific tools to try to record or measure spirit activity on ghost-hunting TV shows. Additionally, a lot of spooky images and movies give the impression that ghosts exist. None of these, however, provide strong proof of ghosts. Some are tricks designed to deceive people.

Dreaming While You're Awake

Experts may think that sleep paralysis is to blame when someone sees a ghost. When this happens, a person feels like they are awake but frozen in place. He can't move, talk, or take deep breaths. He could also see, hear, or feel people or animals that weren't there (hallucination).

Sleep paralysis occurs when the brain interferes with the process of falling asleep or waking up. "It's like dreaming with your eyes open," explains Baland Jalal. He is a neuroscientist at the University of Cambridge in England, where he researches sleep paralysis. He said:

Our most vivid, lifelike dreams happen during a certain stage of sleep. It’s called rapid eye movement, or REM, sleep. In this stage, your eyes dart around under their closed lids. Though your eyes move, the rest of your body can’t. It’s paralyzed. Most likely, that’s to prevent people from acting out their dreams.

Josh and Goerge may have told their parents and friends about the ghost they saw near the War Memorial. They claimed they don't believe in ghosts, but what they witnessed piqued their interest in seeing more frightening things. Finally, he stated that the ghosts are real after they had successfully captured one.