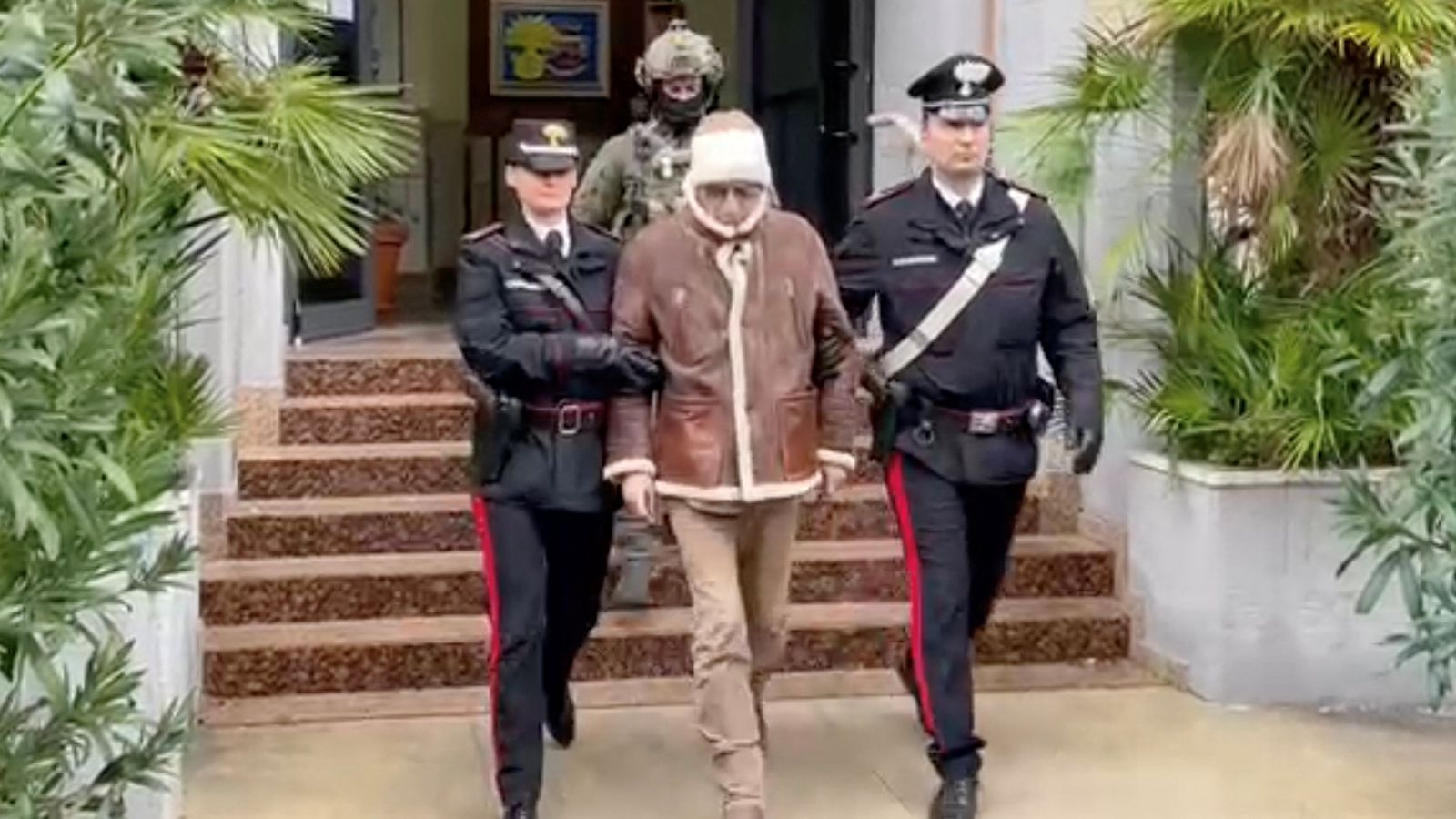 There are no secrets left to keep. This happened recently when Italy's most-wanted mafia boss captured after 30 years in Sicily. Messina Denaro was apparently imprisoned in a private clinic in Palermo, Sicily's capital, where he was receiving treatment for his cancer.

He is accused of being a boss of the legendary Cosa Nostra Mafia, and he was tried and sentenced to life in prison in absentia in 2002 for a string of killings. In fact, more than 100 military personnel were engaged in his arrest.

The Italian media said that the Carabinieri caught Messina Denaro and took him to a secret place. He supposedly went to the clinic for a course of chemotherapy under a fake name. Italian media footage appears to show people gathered on the street praising the Italian police as Messina Denaro is brought away.

Some of the murders he was found guilty of were the killings of anti-Mafia prosecutors Giovanni Falcone and Paolo Borsellino in 1992, the deadly bombings in Milan, Florence, and Rome in 1993, and the kidnapping, torturing, and killing of the 11-year-old son of a mafioso who turned state witness.

According to rumors, he was Tot Riina's protege. Tot Riina was the boss of the Corleone family and was apprehended in 1993 after 23 years on the lam. Clans dubbed Messina Denaro "U Siccu" and "Diabolik," both of which refer to elusive thieves in comic books (Skinny).

He is regarded as the final "secret keeper" of the Cosa Nostra. He is regarded as the source of all information and the identities of people connected to numerous of the Mafia's most notorious crimes, including the bombings that killed magistrates Falcone and Borsellino.

Even though Messina Denaro had been on the run since 1993, it was believed that he was still giving commands to his staff members from various hidden locations. By keeping an eye on those closest to Messina Denaro, Italian investigators have frequently come close to detaining him over the years. As a result, his sister Patrizia and a number of his associates were arrested in 2013.

Additionally, Messina Denaro's lucrative companies were taken by the police, further isolating him. However, Messina Denaro was rarely captured on camera, so when authorities tried to recreate his looks decades after he fled, they were forced to rely on computer composites.

It took until 2021 for a recording of his voice to be made public. A Formula 1 enthusiast from Liverpool was detained under duress in a Dutch restaurant in September 2021 after being mistaken for Messina Denaro.

When word of the mafia boss's arrest came on Monday morning, Italians were glued to their televisions. Messina Denaro had stood for the state's incapacity to penetrate the top levels of organized criminal syndicates for years. In the south of the country, where people think the government is mostly absent and useless, his capture will be a surprise sign that the Mafia can be stopped.

[Messina Denaro's arrest was] symbolic not just because he was the boss of Cosa Nostra, but because he represents the last fugitive the Italian state really wanted to get its hands on.

She explained that people applauded in Palermo and the state felt "triumphant" since the news provided closure. However, doubts about the arrest's timing are certain to arise.

Prof. Sergi noted that it was still unclear how the early-morning raid on the clinic came about, who alerted the authorities, and most importantly, how Messina Denaro managed to roam Sicily for 30 years while allegedly protected. The professor explained that Messina Denaro was receiving cancer treatment and was quite ill and that people were thinking that someone in the criminal underworld had decided he was no longer necessary. She added:

This means he was likely still part of structure where there is an exchange of favours between the Mafia and state, and where one can be given up in return for something.

However, at a press conference on Monday afternoon, the Carabinieri appeared to deny receiving a tip on Messina Denaro's whereabouts and emphasized the hard work of investigators who tracked the mafia boss down in a "painful and extremely delicate" operation. Messina Denaro didn't try to run away when he found out the operation was going on, and he told the Carabinieri that he was the man they were looking for as soon as they got close.

Messina Denaro was wearing a watch worth 35,000 euros ($37,880, £31,067) when officers seized him, according to General Pasquale Angelosanto of the Carabinieri's ROS special force unit. Palermo prosecutor general Maurizio De Lucia said: "Obviously, the mafia has not been defeated, and it would be a mistake to think it so."

De Lucia also told reporters that Messina Denaro has been hiding out in Italy for the last 30 years, mostly in Sicily. After the arrest, people from every political party praised the work of the armed forces. Former prosecutor general and judge Gian Carlo Caselli called Messina Denaro's arrest "exceptional and historical." This event could lead to significant developments in the current investigations into the 1993 bombings in Italy that killed ten people.