It's Always Half And Never Whole By The Fray Lyrics Meaning 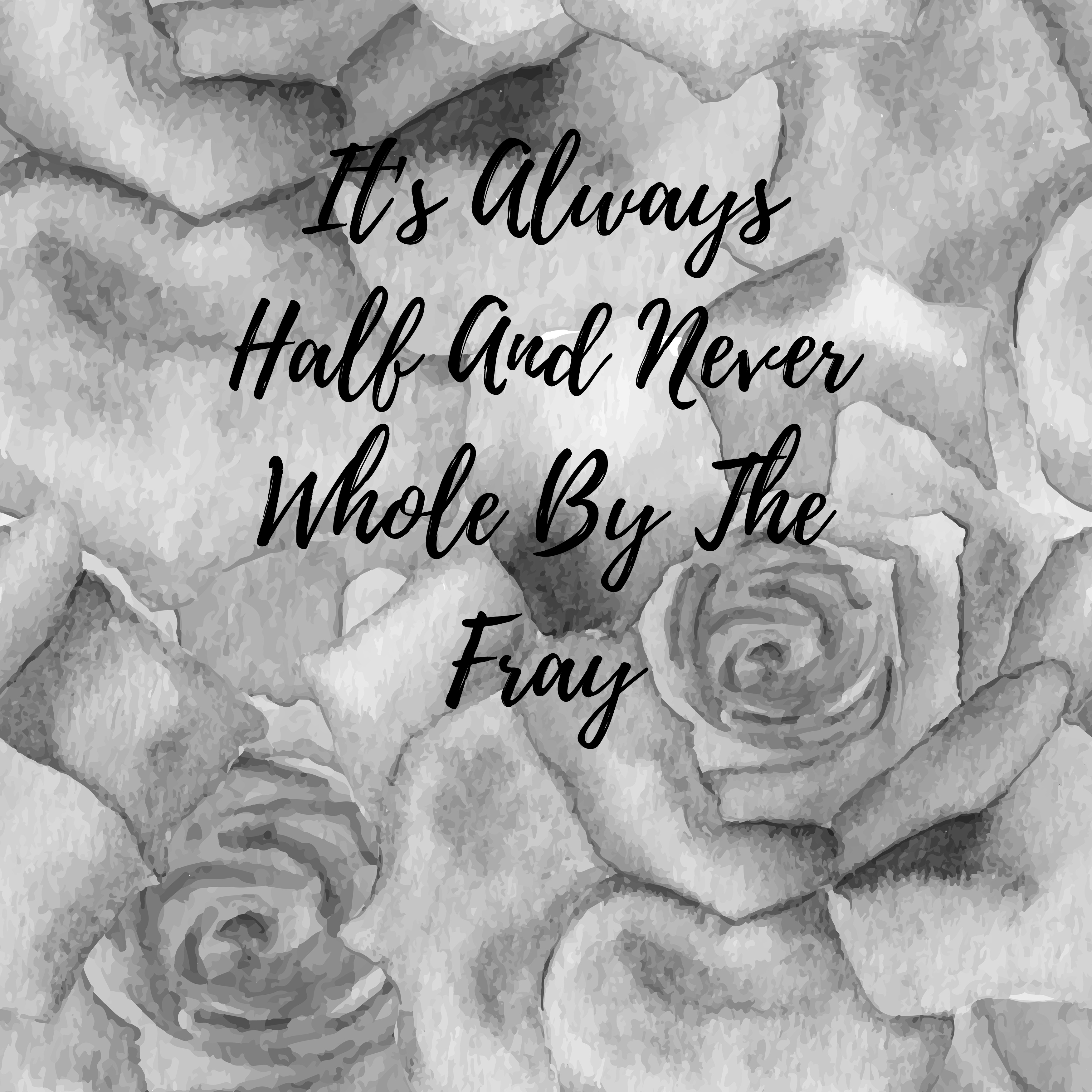 "It’s Always Half And Never Whole" lyrics are written and sung by The Fray. The title of the song is Look After You.

"Look After You" Song By The Fray

To begin, "Look After You" is a love song.

What we do know, though, is that the lead singer of The Fray, Isaac Slade, penned it about his affections for a woman named Anna.

In the year that followed the publication of this song, he eventually tied the knot with the lady known as Anna.

Therefore, having this background information makes the lyrics, which can be difficult at times, simpler to follow. 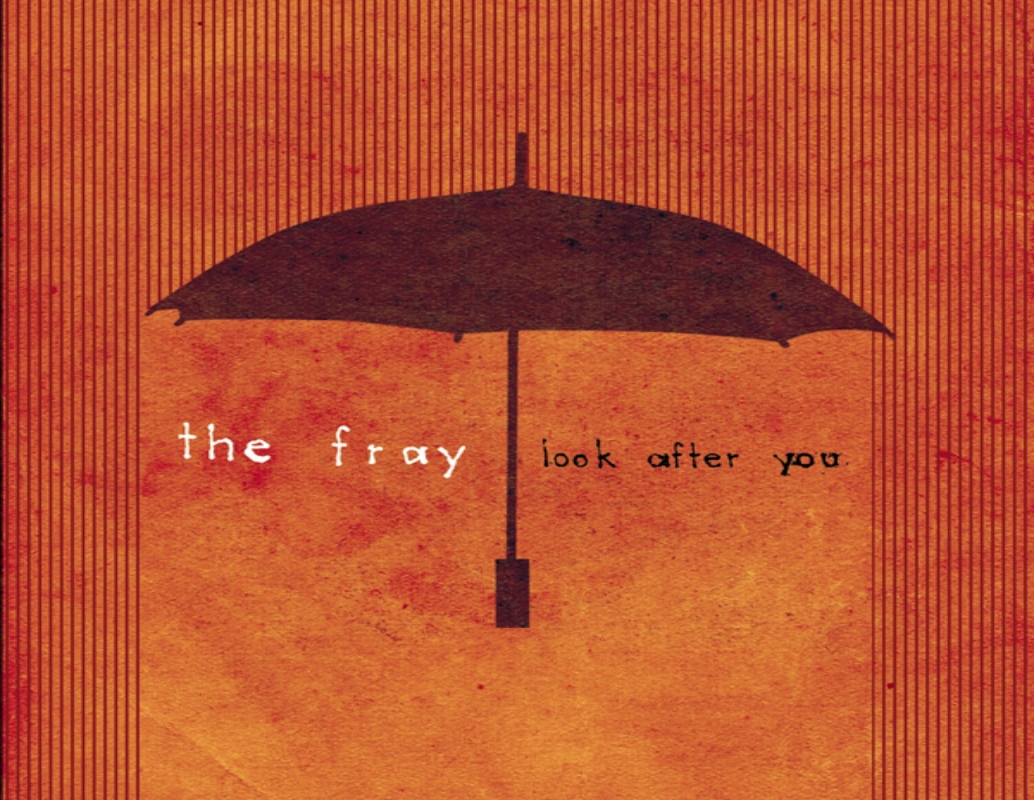 The Fray's Look After You song poster

What it comes down to is an expressed desire on both parties, but most notably the vocalist, to "look after" one another.

When we say that we "look after" another person, what we really mean is that we "take care" of them.

To reiterate, the aforementioned expression is being used here exclusively in the context of a love relationship.

Therefore, it serves as a method for the vocalist to communicate to his sweetheart (and vice versa) that he is indeed committed to the two of them being together as a married couple.

The vocalist does, in fact, use the typical device seen in love songs, which is to portray himself as being in a state of inner conflict in the song.

And in his opinion, the addressee is the only person who can make him feel like he belongs in the world.

It's Always Half And Never Whole Meaning

If I don’t say this now, I will surely break

As I’m leaving the one I wanna take

The singer is on the verge of reaching the "now or never" moment, and he is a bubbling cauldron of unfiltered feelings. It is time for him to take decisive action, or he risks losing the one he has his heart set on. 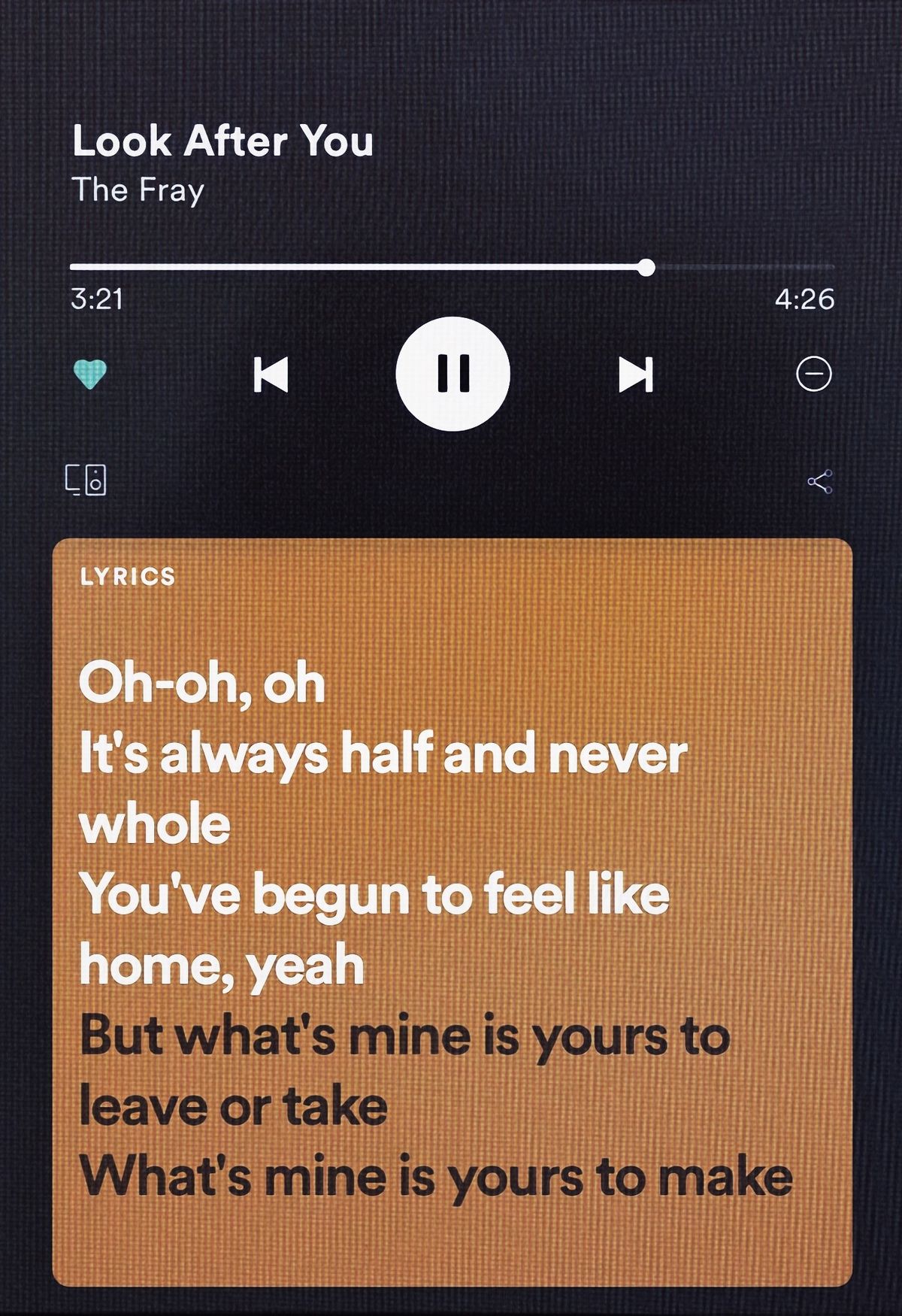 Look After You song lyrics on Spotify

Forgive the urgency, but hurry up and wait

My heart has started to separate

The singer is antsy and anxious to start a relationship with the girl as soon as possible, but he is ready to wait for her to make up her mind about whether or not she wants to be his girlfriend.

The phrase "my heart has started to separate" accurately described a tearing apart.

The moment just before the inevitable heartbreak that was expected. On the other hand, it's also possible that it indicates that a portion of his heart has joined with hers.

I’ll look after you

There now, steady love, so few come and don’t go

Will you, won’t you be the one I’ll always know?

When I’m losing my control, the city spins around

You’re the only one who knows, you slow it down

He admits the reality of the majority of romantic partnerships, which is that although many individuals begin dating with the greatest of intentions, in most cases something goes wrong, the relationship ends, and they go on.

On the other hand, he does not want this to be an ordinary kind of relationship. He intends for this to be permanent.

Cities function much like circulatory systems in that they are constantly moving and do not come to a complete stop.

I'll look after you

And I'll look after you

If ever there was a doubt

My love, she leans into me

This most assuredly counts

She says most assuredly

Because of her affection, he is able to calm his anxious thoughts. Her very presence is comforting to him, but as soon as she opens her mouth, he is completely convinced.

In a manner analogous to how Bob Dylan portrayed his relationship with his love in Love Minus Zero, No Limit:

Without ideals or violence

She doesn’t have to say she’s faithful

I'll look after you 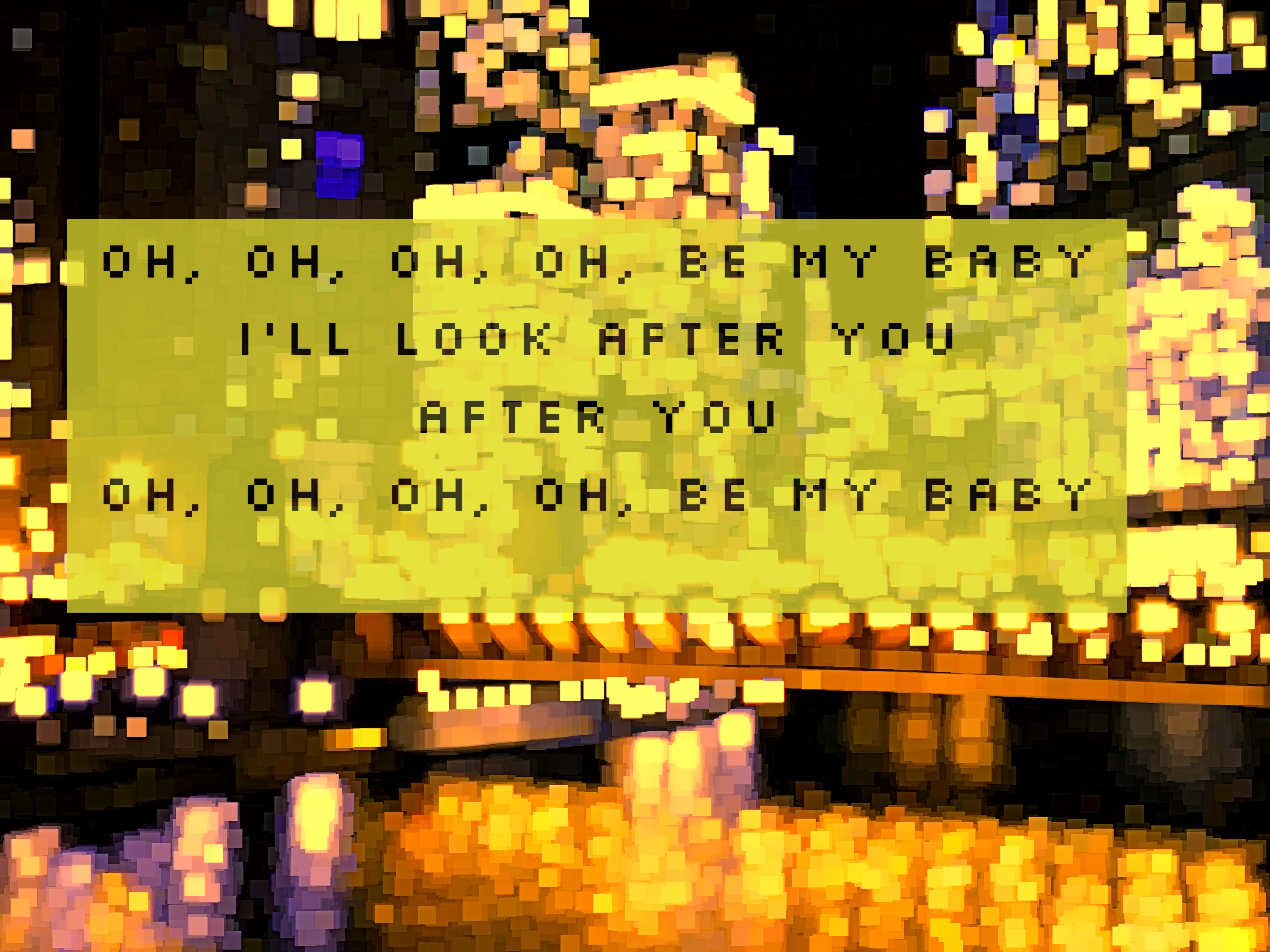 Look After You song lines written on a mosaic building background

It’s always have and never hold

Slade uses the words "To have and to hold" as a reference to traditional wedding vows. Slade applies this phrase to his circumstances.

What’s mine is yours to leave or take

What’s mine is yours to make your own

Slade is making a further allusion to the customary wedding vows when he tells his girlfriend that she has the feeling of being home to him. He does this by reiterating what he said in the previous phrase. He is presenting himself to her in its whole for her to accept or reject.

The Fray - Look After You (Official Audio)

What Kind Of Song Is "Look After You"?

"Look After You" is a love song, and some of the words, if we're being completely honest, have a very lyrical and poetical quality to them.

Why Does Issac From The Fray Have Special Feeling For "It’s Always Half And Never Whole" Song?

He has a special feeling for "It’s Always Half And Never Whole" song because he has written it for the love of his life, Anna.

Is "Look After You" A Famous Song?

This song was featured on a few different charts on the US Billboard website, but it did the best on the Adult Top 40, where it reached number 12 at its highest point. Nevertheless, this is one of those types of songs that despite such a very modest showing, has been on a multitude of TV series in addition to the science fiction movie Jumper, which was released in 2008.

The conclusion about the "It’s Always Half And Never Whole" song is as follows. At this time in their relationship, Isaac was able to acknowledge, deep down, that Anna was the one for him to spend the rest of his life with.

Have you heard about I Did It All, a song that will revive your trust in yourself?