Jägermeister bath bombs. 2020 is saved. We thought this year was going to be a write-off but finally, something to smile about.

In all seriousness I have no idea why these were made, and I can only assume that they were supposed to coincide with the release of Red Bull bath tubs, but I could be wrong.

Turns out I am wrong, as the Jägermeister bath bombs were made purely for lovers of Jägermeister, who presumably miss being handed shots of the awful stuff in outrageously sticky glasses.

I love a guzzle. I’ll be the first to admit it. Any old situation is good enough for a piss up for me and you better believe that once all of this nonsense is over, I’ll be the first one down the local buying ten rounds, but the second a shot of Jäger is handed to me, I’m chucking it on the floor and then wincing, going ‘Oohhh that was bloody awful’, so people think I downed it.

It’s awful stuff and I sincerely hope that the likes of Jägermeister and Sambuca never enter my system again. The scent is enough to make me feel sick and yet, yet, I’m still very intrigued about this bath bomb, that apparently smells of aniseed, sweet orange and cinnamon, just like the drink… 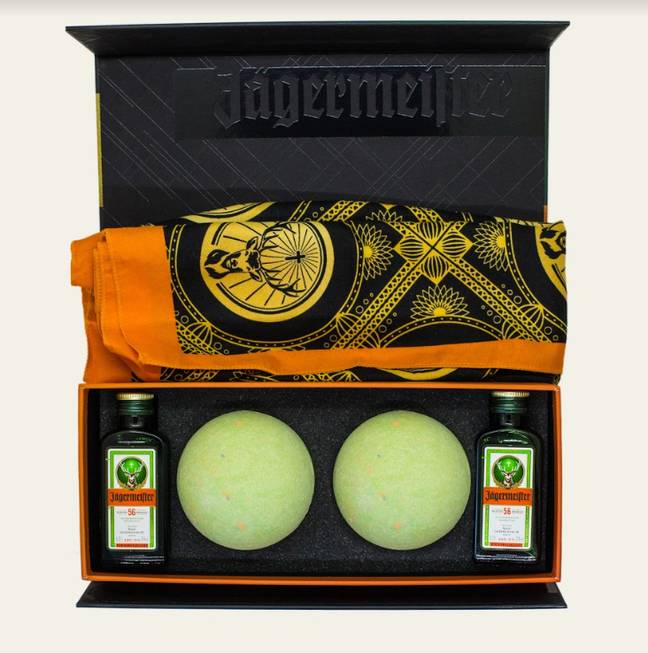 They were the idea of Tim Hawley, Innovation Controller at Jägermeister UK, who explained:

“I recently attended a webinar on the importance of immersing yourself in the brand. That evening as I bombed into my extra-deep custom tub, the idea came to me.

“It ticks all my boxes – there was a little splash when I dropped it in, a gentle waft of Jägermeister hitting my nose and a warming feeling of contentment“.

He sounds like a bit of a wanker, to be honest.

‘Oooh I have a custom bath tub and say the word webinar’. F*ck off mate.

They said it couldn't be done. They were wrong… Our BRAND NEW Jäger (Bath) Bomb is available now → https://t.co/NNRwpjWg9J#JagerBathBomb pic.twitter.com/GaV8qwL8YF

Even though the bombs were released on the first of April, this is not an April Fools joke and you really can buy a pack that contains two bombs, two 2cl bottles of Jäger and two bandanas for £9.99.

I won’t be getting any. I don’t fancy bathing in aniseed and vomit.