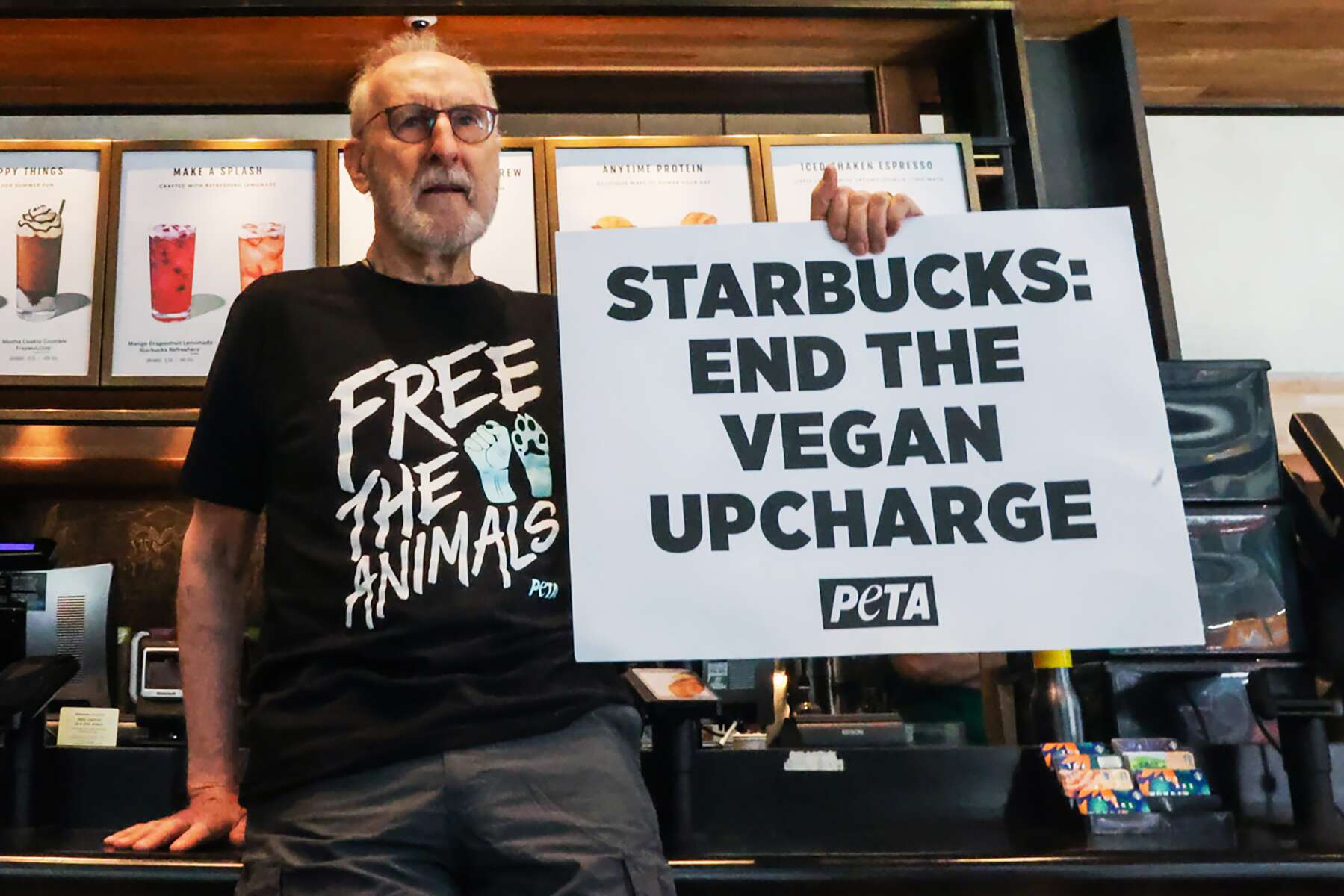 James Cromwell Protest - At the midtown Manhattan Starbucks, James Cromwell, an animal rights activist, superglued himself to a countertop to protest the coffee chain's decision to put an additional charge for plant-based milk.

People for the Ethical Treatment of Animals (PETA), an organization in which Cromwell, who is now 82 years old, serves as an honorary director, planned and executed the protest.

Cromwell, while wearing a T-shirt that read "Free the Animals," sat behind the counter at Starbucks and issued a statement condemning the additional cost of vegan milk substitutes.

At the Starbucks shop, Cromwell exclaimed:

"Starbucks claims that it wants to be more sustainable but it discourages customers from choosing sustainable products," he said during a speech at the chain café. "The company claims to be committed to inclusion and diversity but it still discriminates against those who can’t have dairy."

In the middle of their protest, the cops get inside the coffee chain. As you can see in the video, law enforcement officials were seen coming and requested the protester to leave the shop to avoid delays in service to the customers and any distractions.

However, Cromwell and another man remained behind, and it appeared as though their hands were glued to the cashier counter.

To unstick their hands, the two protesters eventually employed a liquid solution. The police reported that no people have been arrested.

In the United States, Starbucks locations charge an additional fifty cents to one dollar for beverages that are prepared with plant-based milk.

In a statement, a Starbucks spokesperson said:

Customers can customize any beverage on the menu with a non-dairy milk, including soymilk, coconutmilk, almondmilk, and oatmilk for an additional cost (similar to other beverage customizations such as an additional espresso shot or syrup)

A spokesperson for Starbucks stated that the company supports the right of customers to communicate their opinions and comments as long as it does not disturb and affects their operations. 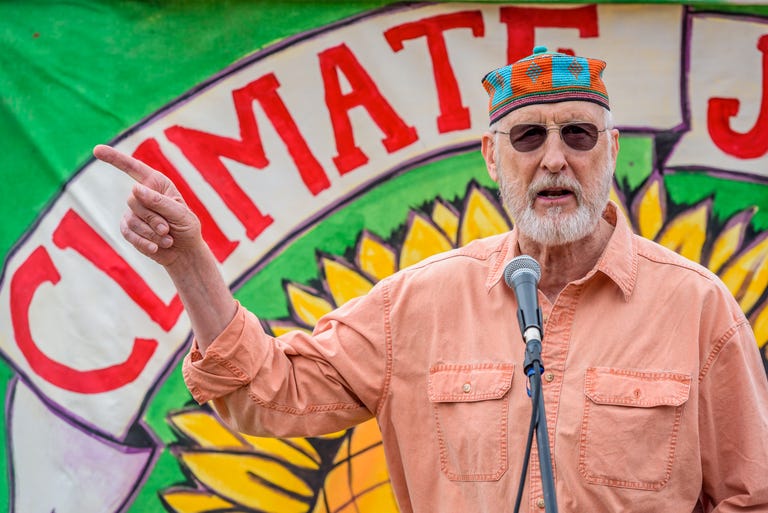 This is not Cromwell's first time getting politically involved. In spite of the fact that animal rights are his primary concern, he has participated in demonstrations directed against fossil fuel corporations.

In February of 2013, he was taken into custody in Madison, Wisconsin, during a demonstration against animal cruelty.

In December of 2015, he was taken into custody in upstate New York, during a demonstration against the construction of a natural gas power station.

In June of 2016, he was taken into custody for a demonstration against underground gas storage near Seneca Lake.

James Cromwell is a well-known actor in the United States who is estimated to have a net worth of $8 million. 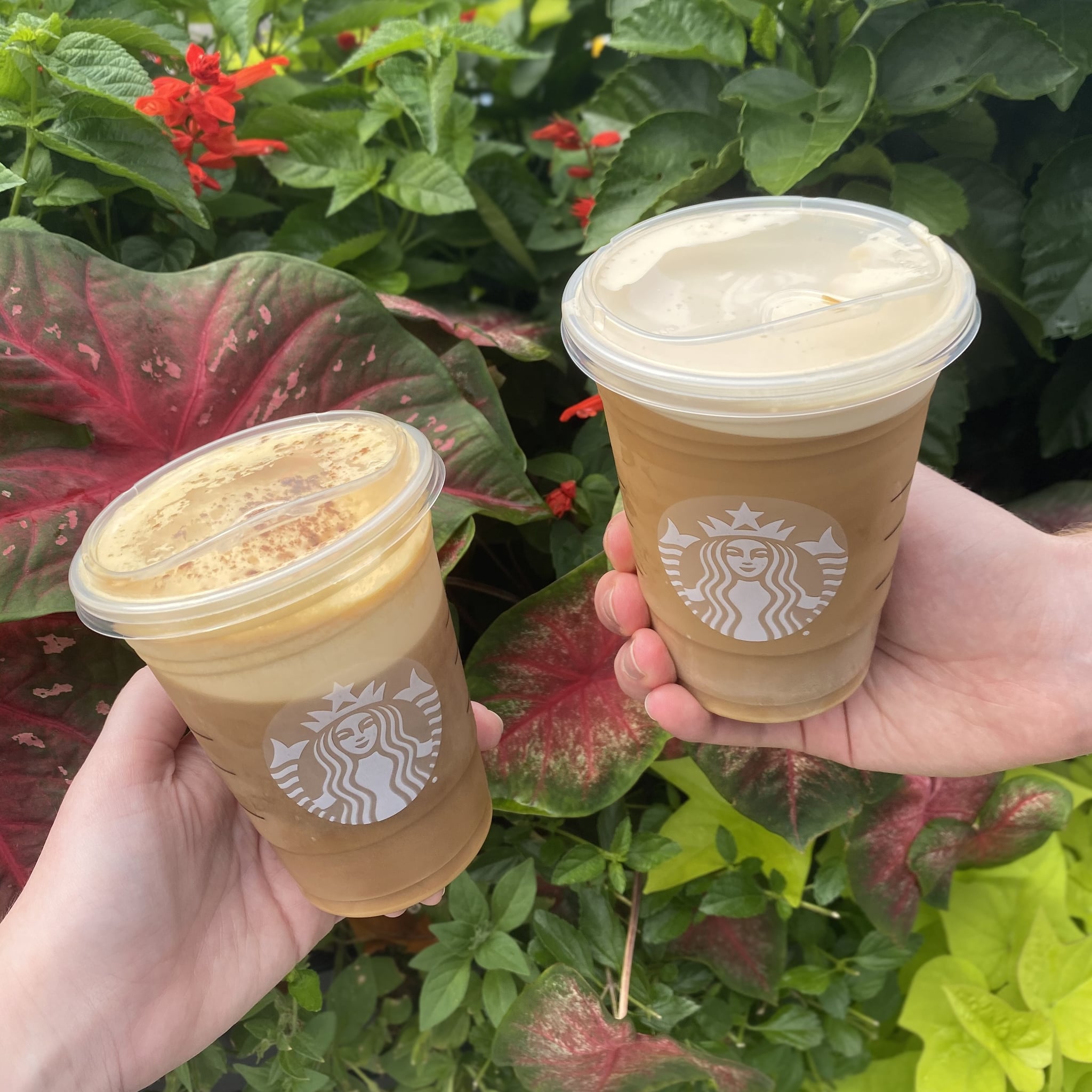 A pair of Starbucks nitro cold brew with sweet cream

Starbucks' standard nitro cold brew is creamy and smooth, but the sweet cream version is even creamier and smoother than we expected. If you're on a low-sugar diet, you might want to look elsewhere.

Starbucks has a variety of caramel drinks, but this one is everyone's favorite. A brulée-like flavor is achieved without being overbearing by the caramel. As long as you're okay with a little sweetness, you can't go wrong with this one.

A simple cup of coffee and a cup of water is all that's needed, and that's exactly what people like about it.

It's not excessively sweet, and the acidity of the citrus counters the honey's sweetness.

On a hot summer's day, this beverage definitely strikes the mark. It’s bright and flavorful, and a rare example of a kiwi flavored drink.

This Starbucks refresher, like the others in the line, is best enjoyed when the weather is pleasant. This mango drink does not have the off-putting flavor that some mango beverages do.

What Is James Cromwell Best Known For? 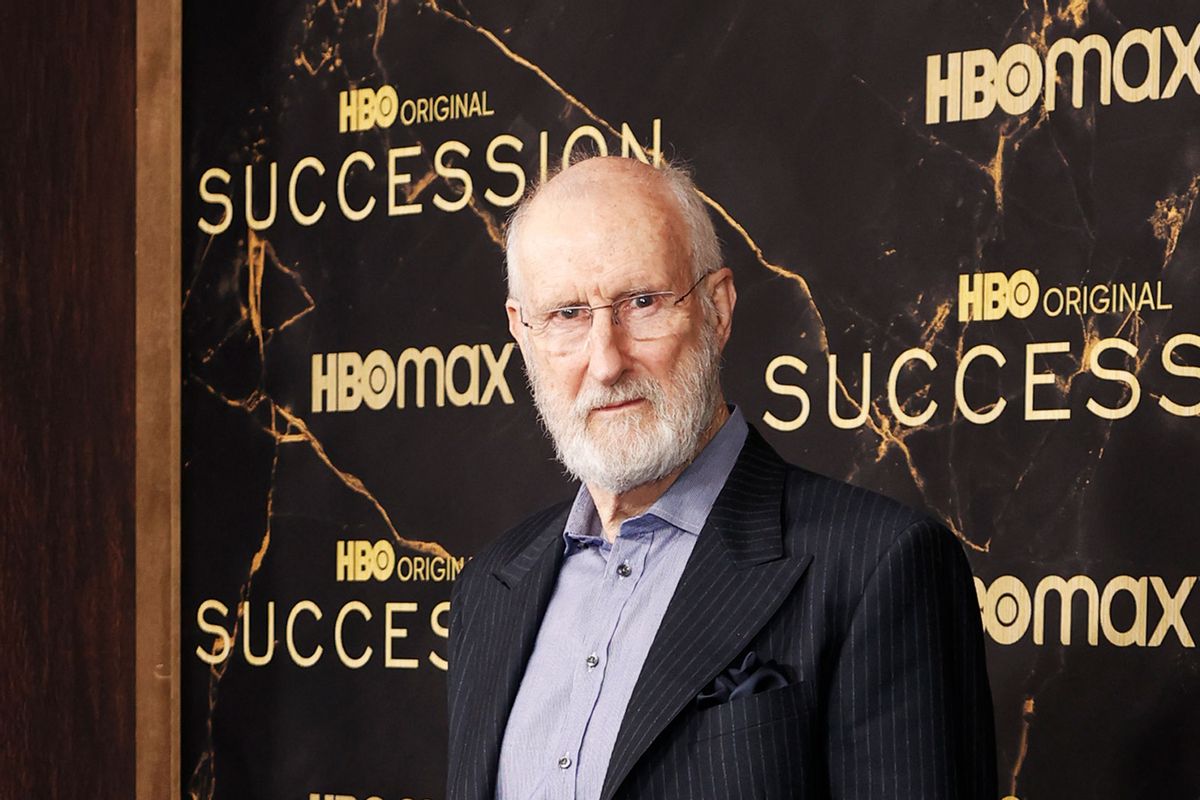 James Oliver Cromwell is an American film and television actor who is arguably best known for his portrayal of Dr. Zefram Cochrane in Star Trek: First Contact. Cromwell is also renowned for a number of other roles during his career. Throughout his career, he has been nominated for a number of awards, including an Oscar, three Emmy Awards, and four Screen Actors Guild Awards.

He had been a vegetarian since the 1970s. After playing a role opposite a pig in the film Babe, he transitioned to a vegan diet. Cromwell has a long history of supporting initiatives that defend the rights of animals.

Why Did James Cromwell Go Vegan?

After being outraged by a visit to a Texas stockyard in the 1970s, he began advocating for the rights of animals as a cause. He eventually became vegan after filming "Babe," a movie that was nominated for an Oscar in 1995 and was about an orphaned pig who was trying to find his place on the farm.

Is Starbucks More Expensive In NYC?

What Is The Most Expensive Drink At Starbucks?

What Is The Best Starbucks Drink 2021?

You are now at the end of the article. Thank you so much for the time you spent reading this article about actor, James Cromwell Protest.

The animal rights activist and "Succession" cast member is opposed to the coffee chain's policy of charging extra for plant-based milk. This occurred in the midtown neighborhood of Manhattan at a Starbucks.

He glued his hand together to protest the coffee shop's extra charge for plant-based milk. Customers' right to express their opinions about the service is respected by the Starbucks.

However, you should protest in a way that does not disrupt store operations or endangers themselves.