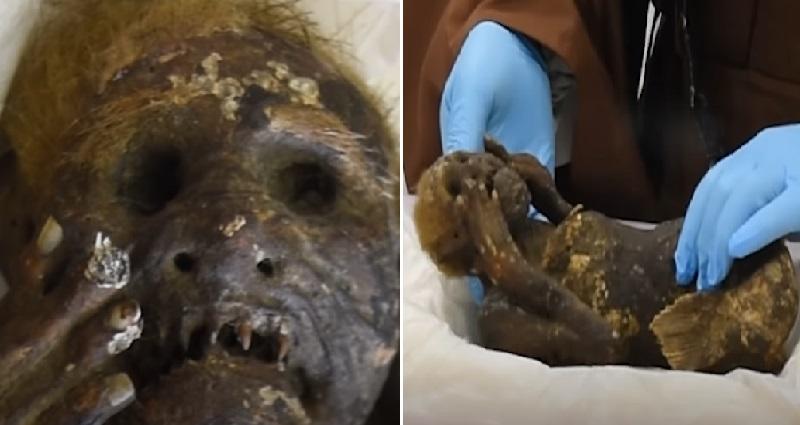 Japanese Scientists Investigating Mermaid Mummy that has long been revered at a shrine in Okayama Prefecture and is now being investigated by the government.

Christopher Columbus sighted three sirens or mermaids (Spanish: serena) off the coast of Hispaniola in 1493, which he described as "not as beautiful as they are portrayed" due to certain masculine traits in their faces, although they are thought to be observations of manatees and it arises a question are mermaids real?

A terrifying grimace of a screaming kid has been preserved on the face of a 300-year-old mummy, which has kept its nails, teeth, and hair throughout the centuries.

It was reported by the Asahi Shimbun that the head priest had said, "We have worshipped it in the hope that it will help ease the coronavirus outbreak, even if only somewhat." In the hopes of leaving (scientific) records for future generations, I am doing this study endeavor.

"I love how in-depth and professional Japan can be. They’re studying from multiple perspectives. And to be able to do research on a possession owned by a religious place like this temple usually isn’t often allowed to this extent in other parts of the world is it?"

According to Kuida, the mummy has been on public display for nearly 40 years before it was recently moved to a fireproof safe to ensure that it would not decay further.

According to a letter found within the box, the enigmatic creature was caught in a fishing net off the coast of Tosa Province (now Kochi Prefecture) between 1736 and 1741 and taken to a museum.

After the turn of the Meiji Era (1868-1912), the mummy was passed on to a number of different owners until being bought by the Enjuin shrine. 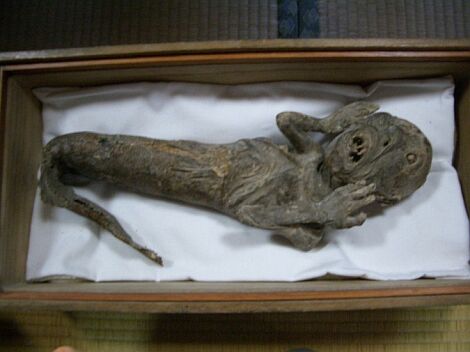 Mermaid mummy in a wooden coffin

According to the Independent, the mummified artifact is thought to have been part of a huge European trade in the early 1700s.

Human-like physiology, such as hair strands and nails, are included in the mummies.

Although the creature's shape resembled that of a human, specialists are baffled as to why it has scales on its lower body.

In order to gain a better understanding of the remains, a range of scholarly views will be used.

A 54-year-old board member of the Okayama Folklore Society will perform a folklore study of the item, while Takafumi Kato, a 54-year-old professor of paleontology, will examine the upper body of the artifact for morphological evidence of its prehistoric ancestors.

The findings of the researchers investigating the mermaid mummy are expected to be released in the fall of this year.

Japanese Scientists Investigating Mermaid Mummy will now examine the antiseptic treatment used to keep the mummies in such pristine condition, as well as to conduct a DNA analysis to figure out what the artifact was composed of.