Jodie Sweetin Was Shoved To The Ground At Abortions Rights Protest 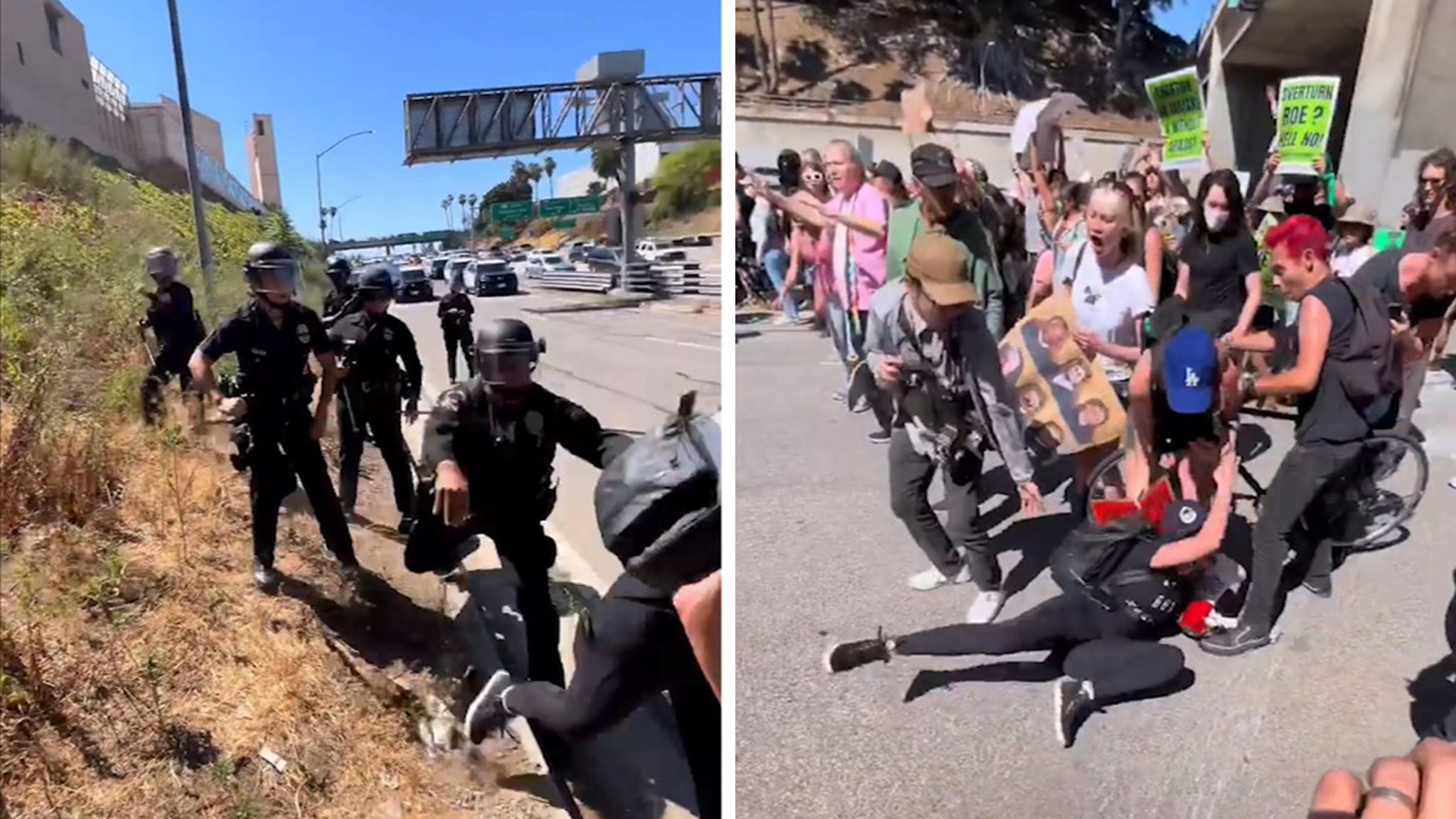 Jodie Sweetin is best known for playing Stephanie Tanner in the funny TV shows Full House and Fuller House. Both of these shows aired on ABC and are now on Netflix.

But recently, this famous actress, Jodie Sweetin was shoved to the ground at abortion rights protest.

The incident happened in Los Angeles, where the LAPD and other protesters tried to block their way on a freeway.

Jodie got close to the police when she was pushed back into the crowd, tripped over the curb, and fell down.

Here's what the Fuller House Star had to say about her experience at the protest:

I’m extremely proud of the hundreds of people who showed up yesterday to exercise their First Amendment rights and take immediate action to peacefully protest the giant injustices that have been delivered from our Supreme Court.

She also added that their activism is going to continue until their voices are heard and something is done about the situation.

Sweetin is determined by what she believes and says that this will not stop them from continuing to fight for their rights.

If you want to know what happened, you can watch the video below or look it up on the internet.

This video has been posted on Instagram by L.A. photographer Michael Ade.

It shows LAPD officers pushing Sweetin, who was protesting the recent reversal of the landmark 1973 Roe vs. Wade decision by the Supreme Court.

The actress in the video was wearing all black and carrying a megaphone. When she fell, she got up quickly and kept protesting.

The Youtube users pour their empathy into the actor.

I’m so over militarized police. They don’t care what side you’re on. They’re like predators.

Vic Fak expressed: "Now this crosses the line. I’m ok with ordinary people getting beat on by the cops, but not the stars. This goes too far."

However, one commenter argues that she tried to force her way through the police line and was thrown back where she tripped over her own feet; consequently, she was not tossed to the ground; rather, she was responsible for bringing this on herself.

Scott suggests: "Do a little a research into this woman's life, very easy to see why she's so upset."

Lastly, Mr. Massonry posted: "Ok, so they are blocking a Freeway to protest Abortion rights and they are yelling "No justice, no peace"? I shake my head at these fools."

American actress Jodie Sweetin has a net worth of $2 million.

Jodie has also been cast in a number of other TV shows and movies that aren't part of these projects. She has also started her own podcast and has been in many commercials.

What's The Latest Happenings To Jodie Sweetin In This Year?

On April 20, Jodie Sweetin told a small group of people that she wouldn't mind playing her famous character again in a future episode of the TV show Full House.

There have not been any discussions regarding the possibility of another comeback for Fuller House since the Netflix spin-off series finished in June of 2020.

However, Sweetin and her co-stars, Candace Cameron Bure and Andrea Barber, are working on a concept for their very own television show.

Sweetin also talked about her upcoming wedding to Mescal Wasilewski. They got engaged shortly after Saget's death.

Even though she still has a lot of wedding planning to do, she already knows what her daughters, Zoie, 14, and Beatrix, 11, will do on her big day.

As soon as the momentous decision by the Supreme Court to overturn Roe v. Wade was announced, people fighting for the right to abortion began to assemble outside of the Supreme Court building and throughout the country.

The Supreme Court's landmark decision to overturn Roe v. Wade is still being felt all over the country, as abortion laws are quickly changing in many states.

Since Roe was overturned, most Americans' access to abortion now depends on where they live.

It will be up to the states to decide where and how their residents can get an abortion.

What’s interesting about this is that people actually believe the government cares what the people think.

Another commenter said: "The womb is now the safest place for a child to be. If only they didn't have to leave and then enter your elementary school."

I just read this from a doctor, "It’s not just about abortion, if it was, people having miscarriages wouldn’t be affected by the law, but they are." I’m not for "killing babies" but I’m going to make sure my elected officials know I want more clear laws on normal prenatal care for my daughters.

Lastly, another online user shared its experience about the issue of abortion. Donald Duck said:

Before i was even born my dad wanted no kid and wanted an abortion. My mother dint want that. So one day to see if he would go through with it she went to the abortion clinic, but instead of talking to the front desk she sat in waiting room for an hour. Just sitting. She came back to the car and told him they couldn't do the procedure. Which of course was a lie. Few years later i think he was happy with me Always so playful and happy. Not sure if this story has a point. But I am grateful to be alive and not killed

The following is a list of information about Jodie Sweetin that you need to know.

Why Jodie Sweetin Was Shoved To The Ground By Police?

The actress from "Full House" got too close to a line of Los Angeles police officers who were standing in front of a group of protesters. When that happened, Sweetin was thrown to the ground.

Is Jodie Sweetin Against Abortion?

Jodie Sweetin shows her stand against abortion by participating in the said protest.

I know women who have had to have a late term abortion because they or the baby was at risk of dying or not viable. It was the hardest thing they’ve had to do and wasn’t just a sudden change of mind.

What Show Was Jodie Sweetin In?

Who Was Jodie Sweetin Married To?

She was first married to Shaun Holguin from 2002 to 2006. Their marriage did not survive long because Shaun's wife became involved with bad company and began taking drugs. She became addicted to crystal meth after their marriage, while her husband was busy with his police work.

How Old Is Jodie Sweetin?

Since Roe v. Wade was overturned, there have been protests all over the country and even in other places.

During a protest for abortion rights, police pushed back Jodie Sweetin, who is known for playing Stephanie Tanner on "Full House."

They then threw her to the ground, and many people on the Internet were upset with the police officers involved.