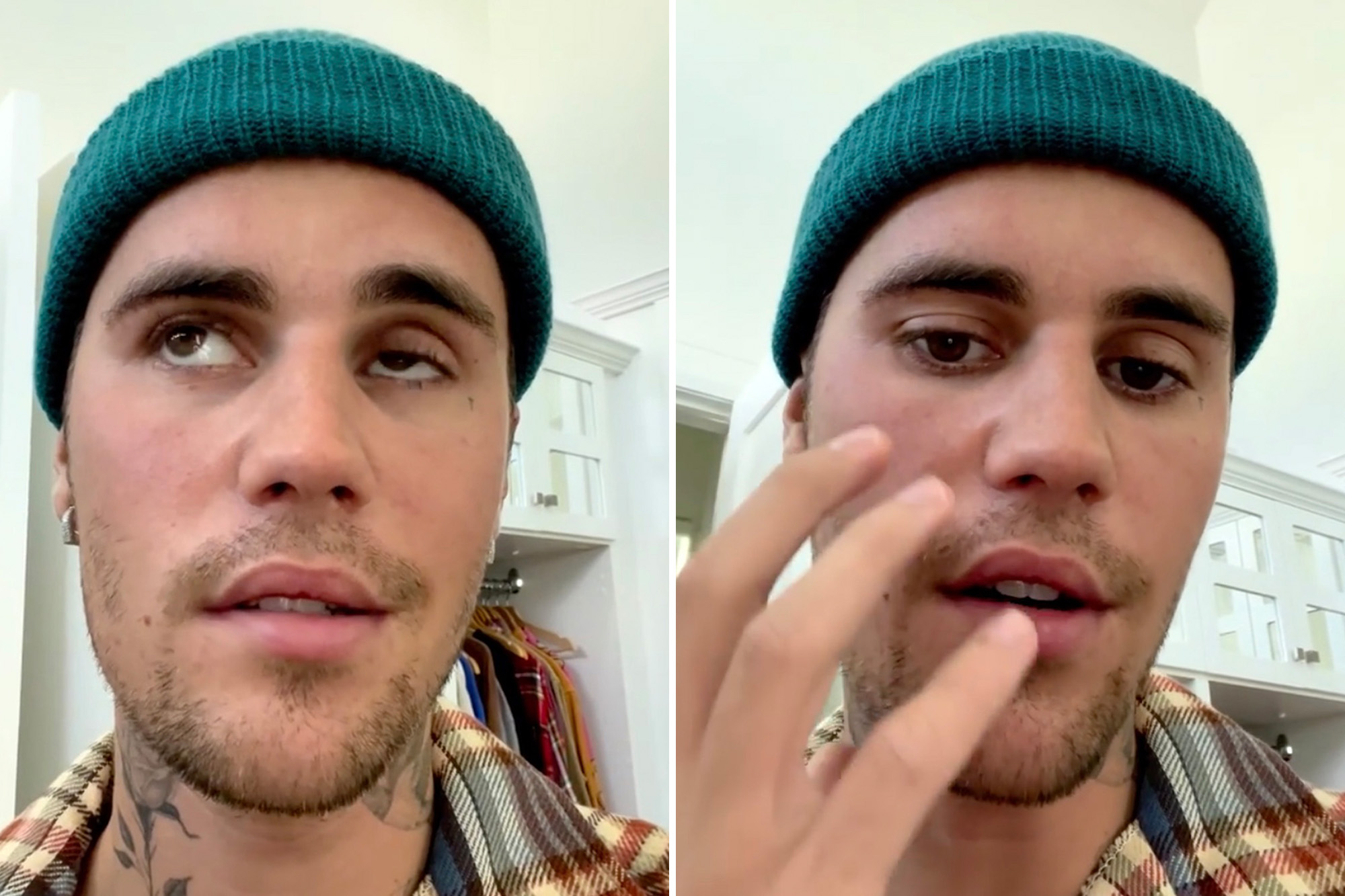 Justin Bieber is a well-known singer who is also praised for his ability to mix different kinds of music and for being an important part of popular music today.

However, his achievements in the music industry do not prevent him from suffering from a terrible health condition.

Many of his fans, also known as "Beliebers", were shocked when news banners with the headline saying Justine Bieber Hit Ramsay Hunt Syndrome appeared.

The pop singer, who is 28 years old, said via social media that he had been diagnosed with Ramsay Hunt syndrome.

This is an extremely uncommon ailment that is brought on by a virus that "attacks" the nerves in his face, as the musician described.

Here's a video showing how he suffered from this illness.

Justin Bieber Confirms One Side Of His Face Is Paralyzed

As he spoke slowly, the right side of his face remained immovable, and he blinked solely from the left.

As can be seen in the video that Bieber has released on the internet, the situation that the singer is going through right now, according to him, is a pretty serious one.

As you can see on my face, I have Ramsay Hunt Syndrome. It is a virus that attacks the nerve in my ear and in my facial nerves and has caused my face to have paralysis. As you can see this (right) eye is not blinking. I can't smile on this side of my face, and my nostril will not move. So there's full paralysis on the (right) side of my face.

The singer went on to say that he has been doing facial exercises as part of his treatment for Ramsay Hunt syndrome, which has helped the nerves and muscles in his face to grow back.

His letter comes after fans heard rumors about his Justice World Tour being canceled, which made them wonder what was going on.

He stated that he is not qualified to put on concerts and programs of any kind.

For those who are frustrated by my cancellations of the next shows, I'm just physically obviously not capable of doing them. This is pretty serious, as you can see. I wish this wasn't the case but obviously, my body's telling me I gotta go slow down and I hope you guys understand.

The Canadian singer is going to take advantage of this time off to do nothing but rest, relax, and wait until it comes back to 100 percent so that he can do the role for which he was born.

I'll be using this time to just rest and relax and get back to 100 percent so that I can do what I was born to do but in the mean time. This ain't it.

Scooter Braun, who has been his manager for the majority of his career, was one of many who offered their good wishes to him and said, "Love you and proud of you."

Justin Bieber says one side of his face is paralyzed

Here are some of the comments showing people's encouragement to Justine Bieber.

Jesus Limones Jr., who is not a fan, wished Bieber to be well soon.

That sucks man. I don’t listen to his music but he’s still a human being and I hope he gets better soon good luck Justine Bieber.

Smriti Rani Chanda commented, "I had it. It took me a month of medicine and therapy to cure it. I hope Justin gets better."

My father had the same thing. They called it Bell's Palsy. He recovered.

Wasana Wijesinghe also commented, "You're the legend in this world. I'm really heartbroken to hear this news. But don't be sad. You have the love and blessings of the fans you to truly love like me. It's enough for you to get well soon. Wishing your healthy life again and the strength to have the courage to hold more concerts like this. I would like to attend one of your live concerts one day. Love this singer in my heart forever."

Never been a huge fan, but broken hearted to see a talented individual going through this kind of ordeal. Hope you overcome this and be stronger than ever.

Ramsay Hunt syndrome, or RHS, is a rare neurological condition marked by paralysis of the facial nerves (facial palsy) and a rash in the ear or mouth.

Tinnitus (ringing in the ears) and hearing loss are two examples of ear disorders.

The varicella-zoster virus (VZV) causes Ramsay Hunt syndrome, which is the same virus that causes chickenpox in children and shingles (herpes zoster) in adults.

In Ramsay Hunt syndrome, the varicella-zoster virus comes back to life after being dormant for a while and spreads to the facial nerve.

In medical literature, this condition has been called by many different names, which has often led to confusion.

The condition is named after James Ramsay Hunt, a physician who reported it for the first time in 1907.

The following are the two primary indications that you might have Ramsay Hunt syndrome:

Patients suspected of Ramsay Hunt syndrome should be given antivirals and steroids within 72 hours of symptoms developing, according to Facial Palsy UK, a nonprofit that helps people affected by facial palsy from whatever cause.

The best way to make sure you get better completely is to start taking acyclovir and prednisolone within 7 days of the first sign of illness.

A sample of the fluid from one of the ear blisters may be taken to confirm the diagnosis.

A tear or blood sample may also be used by the doctor.

An imaging study, such as an MRI, may reveal swelling of the facial nerves.

Scans can also assist doctors in determining whether the virus has spread to the brain or other nerves. 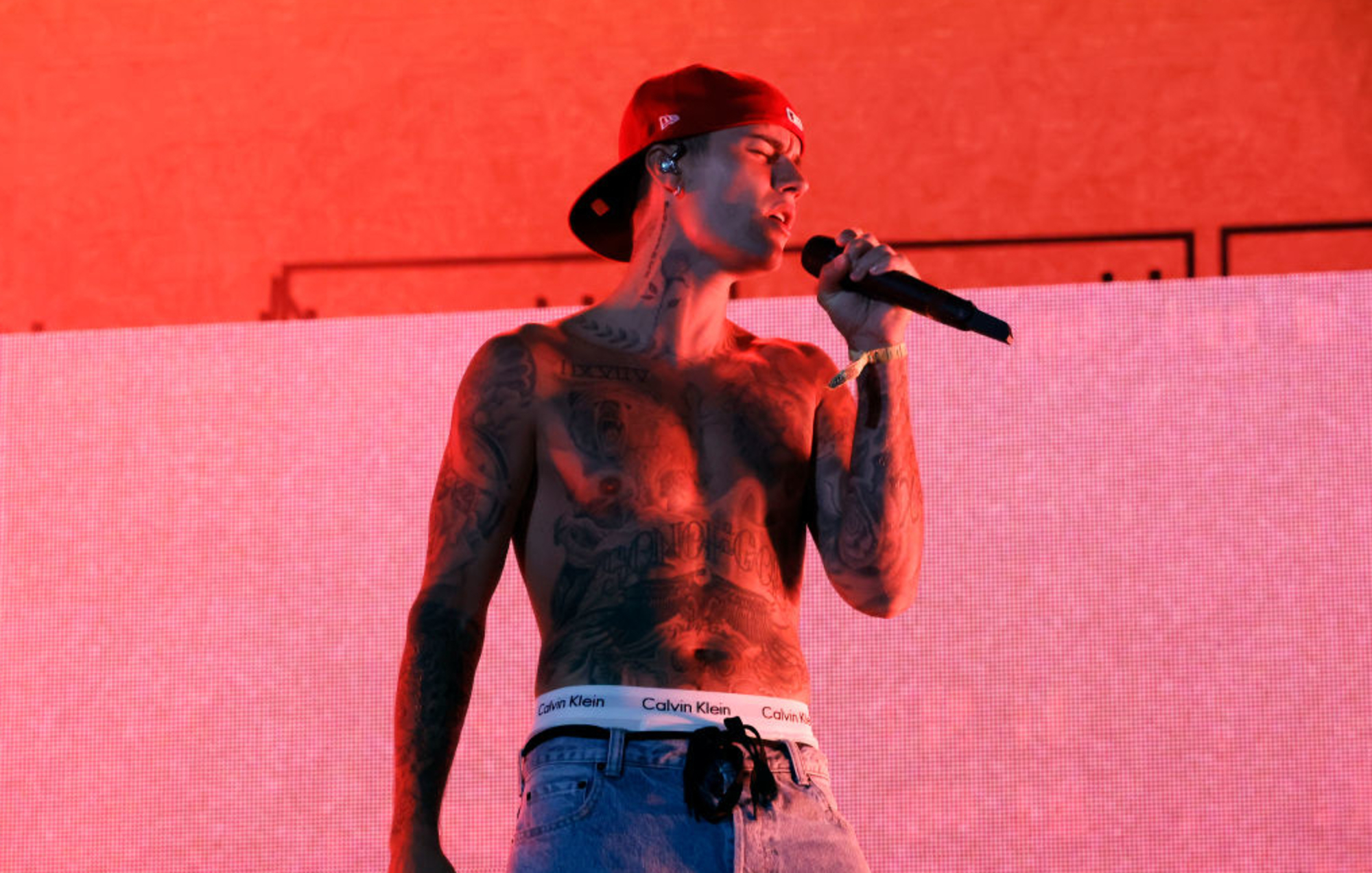 Since he was discovered on YouTube in 2007, Justin Bieber has sold more than 150 million records globally.

The estimated net worth of Justin Bieber is $285 million. On tour, Justin is among the highest-paid performers in the world, earning anywhere from $60-80 million.

Justin Bieber's wife is Hailey Rhode Bieber. She is a model, media personality, and socialite from the United States. She has appeared in prominent advertisements for Guess, Ralph Lauren, and Tommy Hilfiger.

One estimate says that every year in the United States, 5 out of every 100,000 people get Ramsay Hunt syndrome.

The disorder is the second most common cause of facial paralysis that is not caused by an injury.

What Are The Symptoms Of Ramsay Hunt Syndrome?

It's possible that if you have Ramsay Hunt syndrome, you'll also suffer the following symptoms:

If the nerve is not severely damaged, you should be completely recovered within a few weeks.

If the injury is significant, you may not heal completely, even after several months.

Overall, you have a better chance of getting better if you start treatment within three days of the first sign of illness.

The disease is not spreadable or contagious. However, the herpes zoster virus found in the blisters of Ramsay Hunt syndrome can be passed on to others and cause chickenpox in people who have never had chickenpox and have not been vaccinated against it.

From Justine Bieber's lines from his confession in the video, he said, "I'm gonna get better ... It will get back to normal. We don't know how much time it's going to be, but it's going to be okay. And I have hope and trust in God."

There is no doubt that Justin Bieber is a brave and a man full of hope.