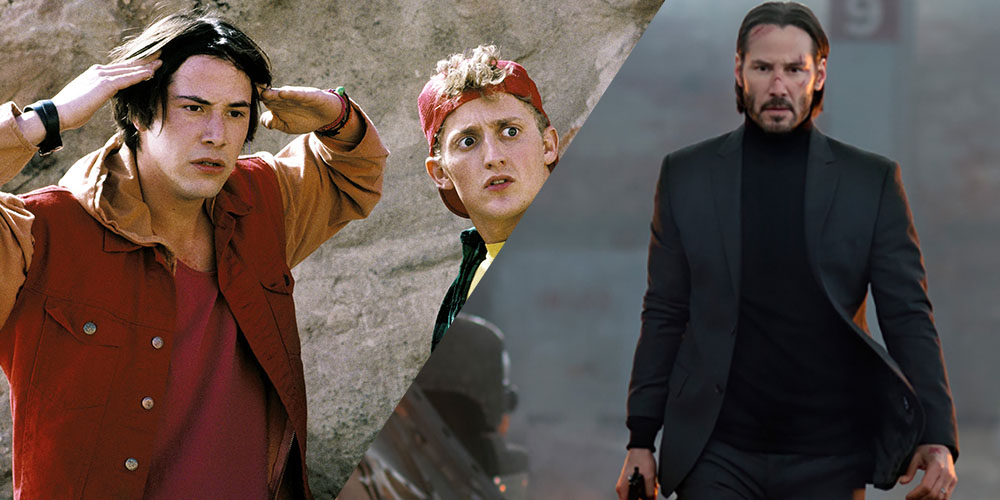 I'm not sure how I feel about Keanu Reeves' beard being cut off.

Keanu Reeves is one of our favorite actors. It's almost been said too much about what a remarkable man he is, but every time we think we've heard it all, something fresh happens to solidify his status as a true gentleman.

Granted, this narrative doesn't portray him in a particularly flattering light – he's merely a man who can successfully wield a razor – but it does keep him in the public eye, and that's good enough for me. Kenua reeves, without a beard, wearing a grey shirt and jeans walking on the street

Reeves has shaved off his beard and appears drastically different as filming for the highly anticipated third installment of the Bill and Ted series, Bill and Ted: Face the Music, begins.

That's right, photos of a shaved Keanu were shot on the first day of filming for the third installment, and they've got us quite psyched, if not a little worried about the lack of beard. 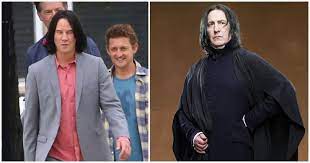 Kenua without a beard in pink shirt and grey coat; a man wearing a black gown

The 54-year-old was photographed in New Orleans performing one of his favorite pastimes: sitting on a wall, eating, and smoking. He's always doing it.

Isn't it strange that he's 54? Fifty-four?! The British government announced the end of the TSR-2 aircraft project at the same age. It boggles the mind.

But, yep, photographs of Keanu without a beard. Inhale deeply.

Missy, Ted's father, and Death will all be played by Amy Stoch, Hal Landon Jr., and William Sadler, respectively.

Face the Music, which will be released over 30 years after Bill and Ted's Bogus Journey, will feature the duo accompanied by their daughters on another journey across time and space, learning that their music is the only thing that can save the world.

It's all really low-key.

"Over the years it’s been really nice to connect with people who love those characters and those films, and it’s been fun to hear from fans who have become parents who have shown it to their kids.

The ebullient spirit of [Bill and Ted], and the humor of the characters in the film, and the adventure they go on – I think it’s still funny.“

So all this he did was for his film. According to him, it is going to be a fan-pleasing movie... Let us see.

But undoubtedly Keanu Reeves young version gave us shock as compared to his real age of 54. This should be entertaining.